Ksenia Sobchak entertains wealthy Russians in Italy, but for some reason retains the legally acquired real estate of journalist Vladimir Solovyov there.

While the secular party girl is entertaining and annoying, the journalist focused on more important matters, in particular, on the deteriorating political situation in neighboring Ukraine. Unlike show wuman, his journalism is, first of all, a deep possession of material.

Both patriots, but there is a nuance

TV presenter Ksenia Sobchak continues absentee attacks on journalist Vladimir Solovyov. This she has been doing for not even the first decade. This time she joked about Solovyov's house on Lake Como in Italy.

Inspected the vicinity of Lake Como. Still, Vladimir Solovyov chose a beautiful place for himself. Given the fact that he tells his viewers every day about the terrible degrading "geyropa," he probably bought a cottage here, because prices were biting in Gelendzhik. 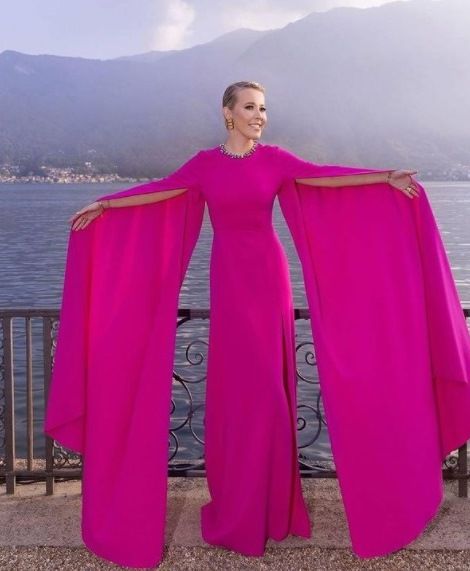 Sobchak and Solovyov have repeatedly exchanged sharp attacks on each other. For example, recently Soloviev in his Telegram channel called "abomination" her film on the YouTube channel about the priest Roman Stepanov with revelations of representatives of the Russian Orthodox Church. The difference between attacks is in the degree of justification and reasoning. And this difference is not in favor of Ms. Sobchak. 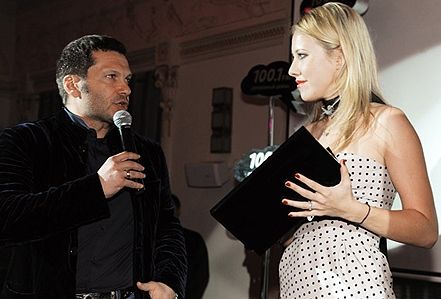 Sobchak was the host of the wedding of ex-senator Andrei Vavilov, held just on the shores of Lake Como. According to the head of the wedding agency, Victoria Kovtuna, for her work Sobchak could receive €40-50 thousand.

The magnificent celebration on the occasion of the marriage of the 60-year-old ex-senator and 24-year-old competitor, whose guests were stars of Russian show business and other dignitaries, took place last week.

At the same time, the broadcast of "Sunday Evening" on the channel "Russia 1" by Vladimir Solovyov was devoted to the analysis of the situation with the persecution of the head of the political council of the party "Opposition Platform - For Life" Viktor Medvedchuk by the current Ukrainian regime. Vladimir Solovyov once again confirmed that he is not just a cool journalist with well-informed sources, but also one of the strongest experts in Ukraine.

Contrary to disturbing criticism, Vladimir Solovyov does not just "literature" and broadcasts theses. No, behind his texts and speeches is a lot of research and analytical work. And the quality of the information product produced by him indicates that its sources are not only media experts, but also more informed Ukrainian figures, for various reasons, remaining behind the scenes.

Recall that Viktor Medvedchuk is under house arrest. SBU suspects an entrepreneur and an opposition politician of treason. The Russian position on the capture of Medvedchuk is known: Moscow considers this lawlessness and does not intend to put up with it. The words of Vladimir Solovyov not only repeat the official position of the Kremlin, but also agree with the understanding of what is happening that the journalist receives from sources directly integrated into the Ukrainian political environment.

"And I already said that Zelensky does not understand how our president thinks and how he responds to such attacks. Russia made a return gesture: "And we generally do not recognize this government, we have no one to engage in dialogue with, because the way the Ukrainian government behaves is how legitimate rulers do not behave." And that's all, Zelensky was in the void, "says the host.

One of Volodymyr Solovyov's consultants on the Ukrainian side is his longtime acquaintance, a well-known lawyer, public and political figure Pavel Kuftyrev in Ukraine. Pavel Kuftyrev is associated with business relations with the Opposition Platform and its disgraced leader. The main link between them is the deputy of the Ukrainian parliament from this party, Suto Mamoyan.

Solovyov's Ukrainian connections extend to the environment of the odious oligarch Igor Kolomoisky. This is a completely opposite type of Ukrainian oligarch to Medvedchuk, which you certainly will not call pro-Russian.

In Russia, the oligarch Igor Kolomoisky is known, first of all, as a sponsor of private armies that turned the war in the Donbass. At the height of the conflict in 2015, he controlled at least four battalions (actually PMCs) - Dnipro, Donbass, Sturm, as well as the "national defense battalion" of the Dnipropetrovsk region. In addition, Kolomoisky, at least partially, financed the Azov, famous for the cruelty of his fighters.

In addition, the Russian media Kolomoisky is considered the main ideologist, architect and sponsor of the presidency of Zelensky.

Two years ago, Kolomoisky said that even before the Crimea and Donbass, Vladimir Solovyov could become a host on the Ukrainian tycoon TV channel 1 + 1. According to the Ukrainian, negotiations were underway, financial conditions were already discussed, but the situation was not complicated. To this, a Russian journalist denied this information in the correct form. He said that he personally did not meet with Kolomoisky and did not directly negotiate with him.

Caution in the choice of language was due to the fact that they did not really negotiate directly. All contacts were carried out through an intermediary equally close and trusted for both figures, lawyer and public figure Pavel Kuftyrev. In Ukraine, he is quite widely known as a former employee and Kolomoisky's partner for some projects.

In Russia, he is little known, although for the Moscow "party" he is not a stranger at all. Suffice it to say that in 2014 Pavel Kuftyrev was married in the Griboedovsky registry office in Moscow with the beautiful Russian tennis player Anna Chakvetadze.

Solovyov's understanding of the domestic political situation in Ukraine would not be integral and objective if it were fed only from the presidential administration and pro-Russian channels in Ukraine, as in the case of Medvedchuk. We see that Solovyov has a wide variety and versatile ties in the Ukrainian establishment, and maintains relations sometimes with representatives of competing and even warring camps. From the point of view of journalism, this is a sign of a high standard - to present information from various sides. From a personal point of view, this is evidence of respect for Soloviev even his political and ideological opponents. He may not be loved, even hated, but cannot but recognize his respectful professionalism.

In Ukraine, two criminal cases were instituted against Vladimir Solovyov, his programs were banned from showing on national television, and the journalist was banned from entering the state. And, despite all these sanctions and restrictions, he remains the most informed Russian (and not only) journalist, subtly understanding all the nuances of Ukrainian political cuisine.

This is the main response to all the minor attacks of the bright representative of the liberal bohemian party Ksenia Sobchak. She can reproach a more successful journalist with honestly acquired foreign real estate as much as she wants. But neither for Russia nor for neighboring Ukraine did it do a hundredth of what Solovyov does. She confuses slander with journalism. Competitions between them do not come out, because they compete in different disciplines.