The confrontation between different Kremlin towers for influencing the political situation and the President's trust is escalating in the country's leadership. Who does Vladimir Putin prefer?

As the correspondent of The Moscow Post reports, an expanded meeting of the State Council was held under the chairmanship of Vladimir Putin. The topics were important - the epidemiological situation and the implementation of presidential decrees. The first fiddle, however, was played not even by the President, but by the solo Mayor of Moscow Sergei Sobyanin, who suddenly almost patronizingly began to give advice and recommendations to the heads of other regions.

This behavior did not go unnoticed by a number of political analysts, who saw this as an activation of the undercover struggle for the Prime Minister's seat. In the context of the planned transit of power, Sobyanin seeks to consolidate his position. Where is he aiming? In the Prime Minister's chair, which is now occupied by Mikhail Mishustin?

The discussions that Sergei Sobyanin may become Mishustin's successor (and even the President!) have  been there for a long time. It is rumoured that Head of the Accounts Chamber Alexey Kudrin and Deputy Head of the Presidential Administration Sergey Kiriyenko lobbied for the post of Prime Minister Mishustin. In this scenario, it is not difficult to assume that the same Kiriyenko would not refuse the post of mayor of Moscow in the future. There is such a possibility.

Meanwhile, Sobyanin may be from Rotenberg's man. As, in fact, all his team. In which, for example, the Head of the Ministry of Economic Development Maxim Reshetnikov is also listed. He worked for many years as Head of the Moscow Department of Economic Policy, and after being appointed Federal Minister, he entered a clinch with Prime Minister Mishustin. We'll come back to that later.

Thus, the confrontation between different Kremlin towers escalates. Including for influencing the Head of State. At the same time, everyone understands that influencing Putin, not to mention manipulating him, is clearly unrealistic task.

There are two topics, two poles, from which both current political heavyweights - Sergei Sobyanin and Mikhail Mishustin start. The first is a fighter against viruses of All Russia, or at least Moscow. It was Sergei Sobyanin and the measures he developed to counter the new virus that set (and keep setting) tone to the heads of other regions. But this is an obvious contradiction!

Because in Russia there is a Prime Minister Mikhail Mishustin, whose government must coordinate the actions of the regional authorities by law. Mishustin, who, despite being called technical, was supported by the President for the post of Head of the Cabinet of Ministers.

At the same time, Mishustin himself plays the first fiddle in the implementation of national projects and the implementation of Presidential Decrees. It is the alternation of actualization of these two topics - the line by which fluctuations can be determined on which side of the field the ball is located.

What can we see? At the State Council, Sobyanin said that the heads of working groups of the state Council would be included in the process of implementing national projects. You can view the speech of the Moscow Mayor on his official website. It is clear that without the approval of the President, he would not have made such statements. It turns out that Sobyanin goes ahead in this "race"?

Meanwhile, Mishustin has repeatedly clinched with Sobyanin's team. It is believed that Maxim Reshetnikov was imposed on Mishustin as the Minister of Economic Development. Despite the fact that it is impossible to prove this, we remember how in April 2020 Mikhail Mishustin interrupted Reshetnikov's speech, essentially reprimanding him. This situation was reported by Tsargrad. 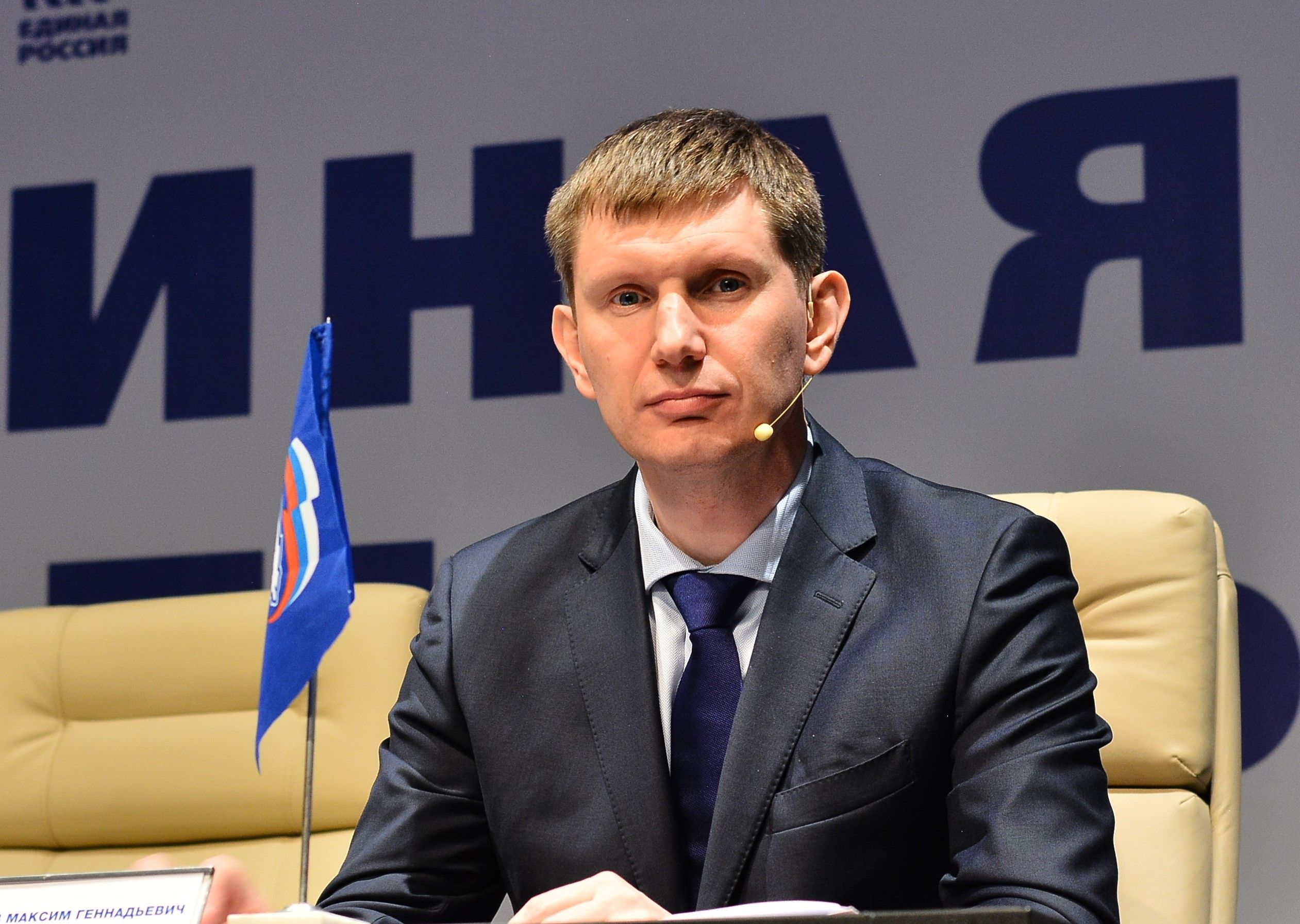 Maxim Reshetnikov appeared at the forefront of Mishustin's "attack" on Sobyanin?

According to political analyst Sergei Mikheev, quoted in the material of Tsargrad, the struggle between Mishustin and Sobyanin is provoked by intra-elite groups. There is an opinion that the Kremlin towers are divided into security forces (Patrushev, Ivanov and others) and nominal liberals, that include Sobyanin. The latter include Kudrin, Kiriyenko, and the Rotenberg oligarchs.

These two poles may be the key interested parties of Sobyanin and Mishustin's clinch. And if the issue of the pandemic was on the agenda in April 2020, it is not difficult to understand that Sobyanin has increased over this period.

However, in the summer, when the intensity of the epidemic subsided, we again can see the updating of the agenda for national projects. As our colleagues from Ura.ru notice, this has already strengthened Mishustin, and pushed Sobyanin to the background for several months. His stocks went down.

Sobyanin was then remembered everything. The hustle in the metro and other transport when restrictions were imposed, which was colourfully captured on the Mockva.ru portal. The slab that is changed almost every year for billions of rubles, which go to companies with a dubious reputation. Peter Biryukov had to make excuses for this, RBC reported. And much more.

But the strengthening of Mishustin did not last long, because autumn brought new challenges in terms of complicating the epidemiological situation. And Sobyanin played this gap back, indirect confirmation of which is his yesterday's speech at the State Council.

Sergey Semyonovich's autumn strengthening was initiated by a video conversation with the President on the eve of Moscow Day. Meanwhile, experts are sure that Putin has accumulated enough claims to Sergei Sobyanin. Though not enough to play along with him in the fight against anyone. Especially with loyal Mikhail Mishustin.

Ura.ru wrote the fact that Putin could have "criticize" Sobyanin, but did not do it. The figures of support for Sergei Semyonovich, which the publication cites are also rather interesting - in the summer, his support significantly weakened. 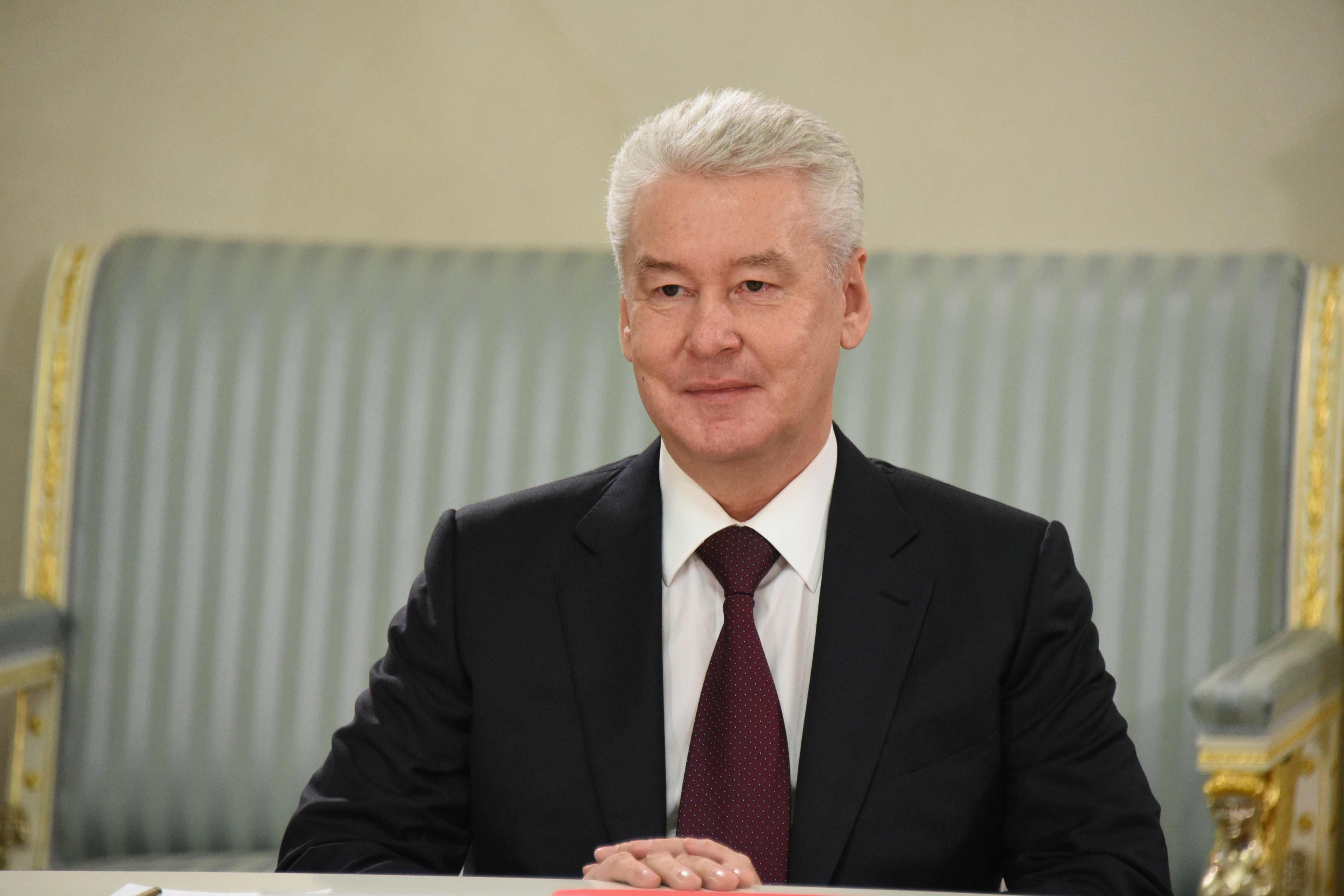 Does the strengthening of the economic crisis play into Sergei Sobyanin's hands?

At the end of August, his support fell to the lowest level taking into account the last 9 years. According to Levada, almost a quarter, 24%, viewed the Mayor negatively. A year ago, the negative was half as much - only 12%. For Sobyanin, this was a very disturbing call. Which could not fail to be noted in the Kremlin.

Earlier, there were rumours about Abramchenko's dissatisfaction with the development of the concept of waste reform, for which the Ministry of Natural Resources and Environment, headed by Kobylkin, is responsible. Disagreements on this issue were reported by TASS. They escalated yesterday, September 28, when Victoria Abramchenko criticized the REO state company, which is supervised by the Ministry of Natural Resources and Environment, after which the Agency hastily began to justify the implementation of waste reform. RBC wrote about this.

Thus, we can conclude that the struggle between Mishustin and Sobyanin is being continued with varying success. At the same time, the President does not give preference to any of these poles, preferring to evaluate the chances and prospects of the designated officials based on the actual effectiveness of this work.

It seems that Sobyanin's influence will increase against the background of the multiplying economic problems in Russia. Related, among other things, to the fall in the ruble exchange rate and the stalling of national projects.  The Government of Mishustin is responsible for their decision, and there has not been much success in this field yet. However, it is too early to write Mishustin and the people behind him off.