The administration of the city of Kotovsk, Tambov region, is being searched in the case of the negligence of officials, should Mayor Plakhotnikov start worrying?

We are talking about inflating the estimate during the construction of six modular boiler houses. Criminal cases and proceedings related to the construction of scandalous housing and communal services facilities in a single-industry town have been going on for several years. The Moscow Post correspondent in the Tambov region understood the situation.

A number of searches are taking place as part of a criminal investigation into the negligence of officials in the implementation of the target program "Integrated Development of Communal Infrastructure Systems." In June 2022, security officials looked at the employees of the Kotovsk administration. And later they visited the mayor Alexei Plakhotnikov and his deputy Lyudmila Khlusova, according to the Club of Regions.

The case is connected with the 2017 concession agreement between the Kotovsk administration and - Complink Infrastructure TO LLC, part of the Complink Group of Companies, which was supposed to build several boiler houses in the amount of 500 million rubles, 300 million of which was allocated by the Fund for Assistance to Housing and Communal Services Reform.

Complink really built an automated power system. Six boiler houses were commissioned in 2017 - the design solutions were provided by Carenerjee.

It was assumed that then the administration of Kotovsk would transfer the ownership and use of boiler houses to the company. In the next 20 years, the concessionaire was obliged to supply thermal energy for the needs of the city. However, the security forces had complaints about the project.

According to the investigation, the mayor's office, when forming the consolidated estimates, did not monitor prices for equipment for boiler houses, and therefore its design cost was clearly overestimated.

The story stretches back to the fall of 2020, then the operatives conducted searches in the administration of Tambov Kotovsk, as well as in the offices of the Complink group. In February 2022, the Housing and Utilities Reform Assistance Fund ordered the Tambov region to return more than 111 million rubles provided in 2017. The administration was also obliged to pay a fine of 5% of the amount - 5, 6 million rubles. And now June and August are again rattled by searches of officials.

The Complink group is a system IT integrator. The firm says it has industry expertise in solutions for the government, transport, telecommunications and financial sectors, fuel and energy enterprises and industry.

Interestingly, in the fall of 2018, the president of the Complink group, Mikhail Lyya, was detained in Moscow on suspicion of billions of dollars in fraud. In addition, the company often flashed others in scandals related to the failure to fulfill its duties. In 2021, Mikhail Lyya left all assets.

In addition, the founder of the company for several years was a Cypriot company, through which, most likely, money was withdrawn.

The Kotovskaya administration signed a contract with the daughter of "Complink" - LLC "Complink Infrastructure TO." The company was in great demand among the mayor's office, being a supplier of 412 government contracts worth 200 million and acted as a customer in 149 state contracts worth 2.7 billion rubles. 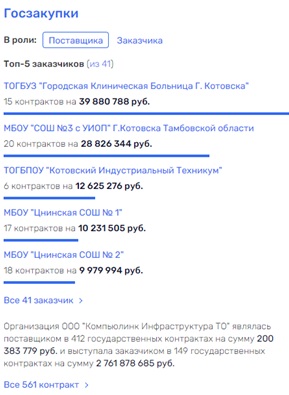 Three top managers of Complink have already been detained on suspicion of fraud. The defendants in the criminal case were Yuri Danilyuk, Yuri Chernyshev and Oleg Popov. This was reported by RBC.

A tangle of events related to 100 million rubles has yet to unravel the investigating authorities. However, searches of Mayor Plakhotnikov are taking place for a reason.

As "Kommersant" reported shortly before the initiation of the negligence case, the prosecutor's office of the Tambov region in the local arbitration demanded to break the concession agreement, because it was created in violation of the law.

Signed a concession agreement in 2017 by none other than Plakhotnikov. In addition, earlier in the Kotovsk mayor's office they assured that all boiler houses were built, and there were no complaints about the concessionaire.

Note that Plakhotnikov has been leading the city since 2015, and is also considered the beneficiary of Komek LLC, which owns four landfills in the Tambov region, where almost all waste produced in the region is taken. By the way, the company's revenue in 2021 alone amounted to 322 million rubles.

In December 2021, Plakhotnikov was elected head of the city for a new term. At that time, Acting Governor Maxim Egorov congratulated him on his re-election and expressed the hope that in "close and constructive cooperation" the old mayor and the new leader would be able to ensure the progressive and dynamic development of the city and region. 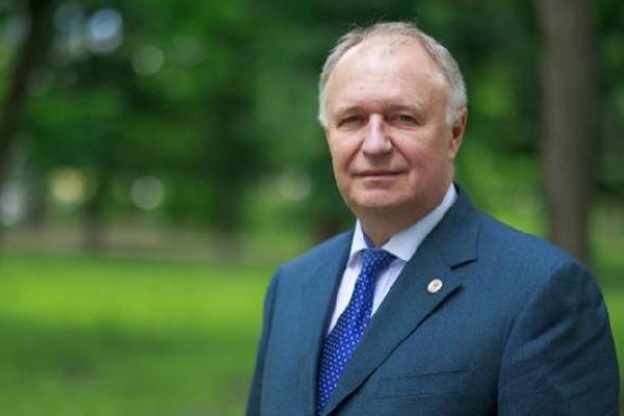 Interestingly, experts advised the current governor of the Tambov region, Yegorov, not to contact the mayor of Kotovsk, since Plakhotnikov has too many connections and patrons.

"It is better for the governor not to see Plakhotnikov, not to notice him. The conflict with him will lead to nothing, and if it leads, it will lead to the weakening or loss of the next governor, "said Sergei Markelov, director of the MarkelovGroup communications agency.

Against the background of the investigation into fraud with boiler houses, the question arises, what awaits the current administration of the single-industry town of Kotovsk and personally Plakhotnikov? Is it really possible for him, due to influential connections, to get dry out of the water even from such a story?