Kostroma will bring Sobyanin to the OPS?

Can the detention of Leonid Kostroma lead the investigation to even larger "Sobyanin personnel" - the heads of departments Kirill Purtov and Alexander Prokhorov, and even the head of the Ministry of Economy of the Russian Federation Maxim Reshetnikov?

According to the correspondent of The Moscow Post, Leonid Kostroma, deputy head of the Department of Economic Policy and Development of Moscow, was detained in the capital. This is a man from the team of Mayor Sergei Sobyanin, who worked for a long time under the leadership of the current Minister of Economic Development of the Russian Federation, Perm Maxim Reshetnikov.

According to various sources, Kostroma was detained while receiving a large bribe in the amount of about 4 million rubles. This is bad news for the mayor Sobyanin. Allegedly, he was categorically opposed to the case being made public. Now it is clear that it was not possible to keep the situation secret. Experts believe that this may be due to the large-scale hardware struggle of Sergei Semenovich and the head of the Cabinet of Ministers Mikhail Mishustin. Both officials have great political ambitions, and can work against each other.

Meanwhile, according to sources of The Moscow Post, the detention of Kostroma may turn into a domino effect, and soon law enforcement officers may have questions for a number of other senior city hall officials - Kirill Purtov and Alexander Prokhorov. Or maybe even to the head of the Ministry of Economic Development Maxim Reshetnikov, who worked with them for many years. We'll talk about everyone in turn.

Official information about any possible claims against her has not yet been announced. But it is known that from 2000 to 2008 she worked in Minek in various positions, including the head of the Department of Interaction with International Financial and Economic Organizations. Just at that time, Minek was headed by the current head of Sberbank German Gref. For the same period, there is a high-profile scandal with Yukos, which ended with the landing of oligarch Mikhail Khodorkovsky behind bars.

The direct head of Kostroma is the head of the Department of Economic Policy Kirill Purtov. Purtov was appointed to the post in March 2020. He is a fellow countryman and longtime colleague of the already mentioned Maxim Reshetnikov, who himself previously worked as the head of the same department. Reshetnikov, in turn, is considered a protégé of Mayor Sergei Sobyanin.

In the past, Purtov, along with Reshetnikov, worked for a long time in the administration of the governor of the Perm Territory. In addition, he previously worked as the first deputy head of the Moscow City Property Department. 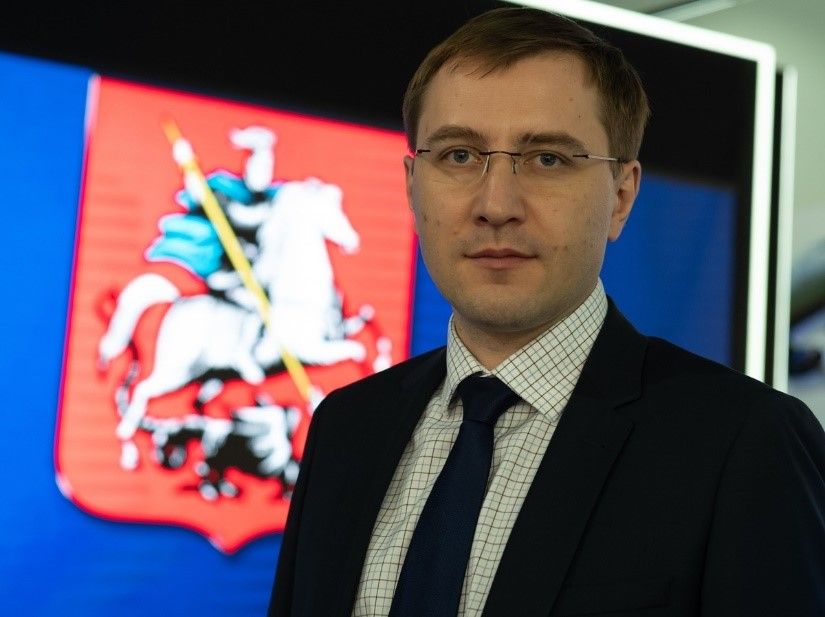 From Leonid Kostroma will make a "scapegoat"?

The detention of high-ranking officials is not uncommon in Russia. Rarity is only for the Moscow City Hall. According to rumors, the capital's subordinates of the head of the RF IC, Alexander Bastrykin, may now be under serious pressure from the administration of Sergei Sobyanin.

As if a strict taboo was imposed on the criminal prosecution of Sobyanin's subordinates, and only very small municipal employees could be put into the hands of law enforcement officers. Meanwhile, according to sources of the publication, about 400 billion rubles can settle in the pockets of Moscow officials every year - 20% of the capital's budget.

If all this is true, then permission to detain Kostroma could be given at the very top. The same suggests that they are trying to make a "scapegoat" from Kostroma so that other possible participants in the "chain" remain intact. Who can be in this chain?

Thoughts about the head of Kostroma, Purtov, and their higher possible patron Maxim Reshetnikov ask themselves. In the context of rumors about the detention of an employee of the capital's Investment Agency, an important fact is recalled. In 2014, the mentioned Maxim Reshetnikov appointed Kostroma just the director of this agency. Earlier, Kostroma held the post of deputy there, and later he was also replaced by the Svetlana Ganeeva mentioned above. 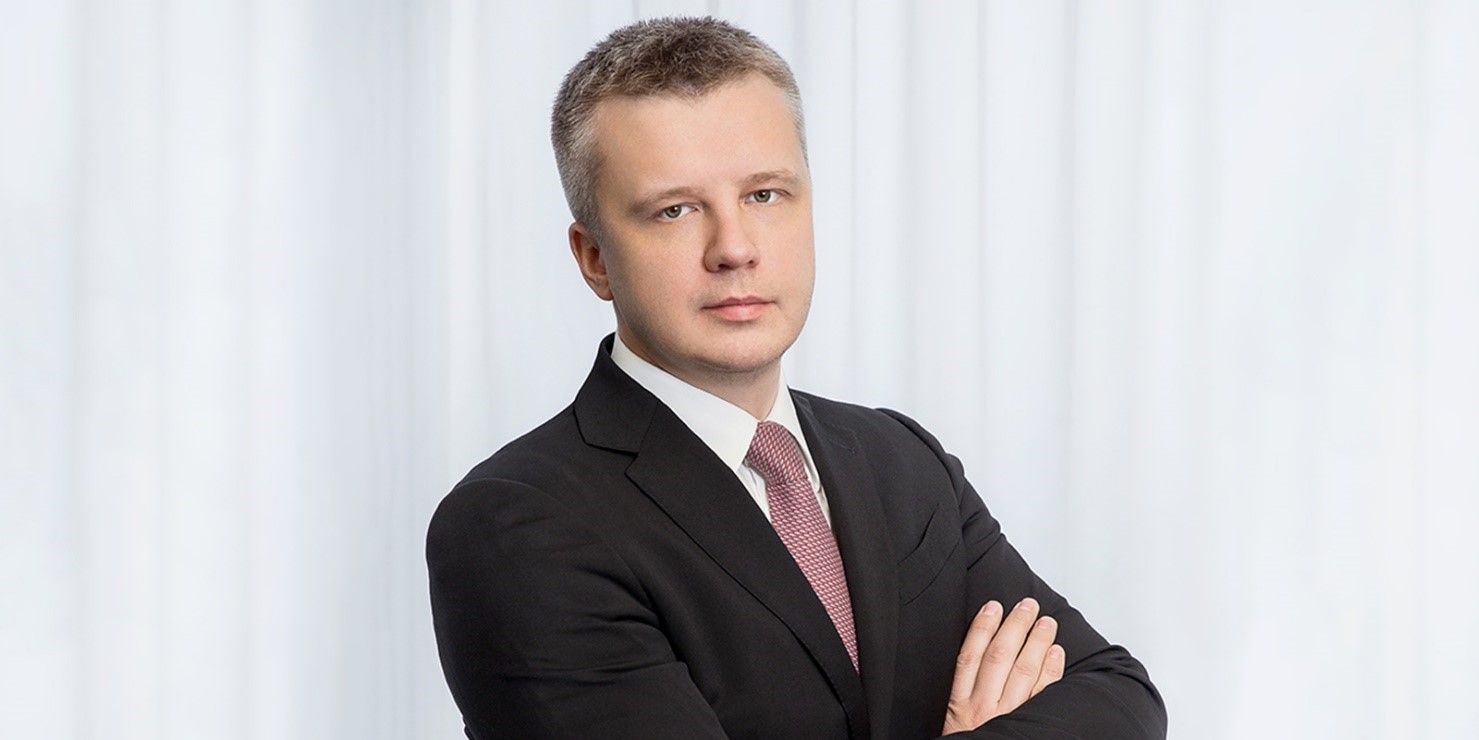 The security forces have no complaints about the head of Leonid Kostroma and the long-time associate of Maxim Reshetnikov Kirill Purtov?

Meanwhile, according to the authors of the Infobomba telegram channel, the FSB allegedly "cannot" arrest Kirill Purtov. As if just for the reasons that "you can't touch the Sobyanin." Moreover, if Purtov were to blame for something, and he was also detained, then it would have to be assumed that a whole organized criminal community was operating in the city hall.

Such news could put an end to the further political ambitions of Sergei Semenovich, so rumors that he allegedly did not want to publicize the situation with Kostroma may have reason. Who else can draw attention to this story - if not the security forces, then at least the general public?

Another native of Perm, and, as it is believed, an associate of Maxim Reshetnikov, Alexander Vladimirovich Prokhorov. Now he holds the post of Head of the Department of Investment and Industrial Policy of the city of Moscow. At first he was deputy head of this department. And he was appointed there just during the last work of the current minister Reshetnikov at the Moscow City Hall.

We managed to find out that Prokhorov could be closely associated with his current colleague Kirill Purtov. Apparently, officials are not only acquaintances and colleagues, but also business partners in the past. Purtov and Prokhorov were co-founders of Perm Interkh LLC with shares of 25%. It was liquidated in 2011 - just when their fellow countryman Maxim Reshetnikov was supposed to work in the administration of the Governor of the Perm Territory Oleg Chirkunov. 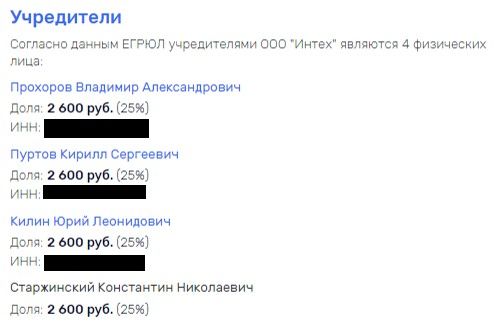 Apparently, the career of officials promised both men much more benefits than entrepreneurial activity. And could not Reshetnikov "pull" them up to the city hall?

In connection with these persons, including the Investment Policy Department, we recall a recent major scandal in which entrepreneur Alexander Chigirinsky, the mayor's office and others could take part.

The international group "Liral" entrepreneur Alex Seckler has 26.5 hectares on Berezhkovskaya embankment, 20 in Moscow, in a prestigious location near the Kiev station. The owner had long been going to build up the site, and over the past five years, all stages of the development of the planning project and its approval have consistently passed.

At the beginning of this year, the process of obtaining all the necessary documents was almost completed, but another participant appeared in the project - entrepreneur-developer Alexander Chigirinsky. He acted as a partner in the joint implementation of the project and allegedly took up questions in agreement with the mayor's office. One of the counterparties on the part of the authorities was to be the Department of Investment and Industrial Policy.

However, then, according to the Boiler telegram channel, Chigirinsky's position allegedly changed. As if he unilaterally revised his agreements with Liral, and allegedly announced that his services now cost 50% of the shares of the company that owns the site. The authors claim that he demanded them immediately, explaining that this was allegedly the share of the city authorities, as well as another partner in the project, Vladimir Kalashnikov.

Otherwise, threats could be voiced that the lands would be seized, and through the procedures for the integrated development of territories - an issue that cannot be resolved, bypassing the mayor's office and key relevant departments. If this is true, then it seems that Liral refused to give 50% of the share.

And now, it soon became known that for several months of cooperation between Liral and Chigirinsky, the mayor's office canceled the project at the state land cadastre, and launched the procedure for including the plot in the project for the integrated development of territories.

The corresponding documents were to be carried out by the same Department of Investment and Industrial Policy - it was he who drafted the application for amendments to the rules of land use and development. As a result, today it is clear that the industrial zone near the Kiev station will be reorganized as part of the same project for the integrated sustainable development of territories (KURT), and Liral is trying to get rid of this site. A possible interest is Vesper developer Denis Kitaev and Boris Azarenko.

What this can mean is difficult to say. Is it true that Chigirinsky asked for 50% of the shares of the company that owns the site in order to bring them to Moscow officials? And what officials, if not Mr. Prokhorov, whose department instantly compiled an application for KURT in the territory?

All this, of course, raises more questions than answers. If we return to Maxim Reshetnikov, and, again, assume that at the very top there is a ban on actions to eradicate corruption in the Sobyanin city hall, we recall a series of criminal cases that began to rattle in the Perm Territory after Reshetnikov left the post of governor. This was previously written in detail by The Moscow Post.

These are, first of all, high-profile criminal cases related to the construction of the new Perm Zoo, the situation with the purchase from Russian Railways of the territory of the former Tovarny Dvor for a fabulous 800 million rubles. Is it really impossible to touch the "Sobyaninsky"? Or is it impossible - already in the past tense? In this case, if Sobyanin's opponent Mikhail Mishustin is behind the situation, the latter should record a fat plus in hardware wrestling.