Komarova will "cede the land" to Patrushev?

It seems that the head of the Khanty-Mansi Autonomous Okrug Natalya Komarova has already prepared a replacement at the post. Among the likely successors are the Minister of Agriculture Dmitry Patrushev.

As it became known to The Moscow Post from its own sources, Dmitry Patrushev, the current Minister of Agriculture, may replace the head of the region, Natalya Komarova. According to some reports, now there has been an instruction to "PR" the son of Secretary SovBez of the Russian Federation - Komarova herself recently met with the latter, by the way. All this suggests that at the meeting they could discuss, among other things, the nuances of transferring the governor's chair from the current head of Ugra to Patrushev.

Talk that Patrushev Jr. will soon leave the ministry entrusted to him has been going on for several months, which, in particular, Kommersant wrote. Then, however, versions were put forward that he could go to governor in one of the southern regions - the Rostov and Samara regions, as well as the Stavropol Territory and the Krasnodar Territory were called. In addition, as the authors of the Karelian Granite telegram channel claimed, allegedly he could with a high degree of probability lead the Republic of Karelia, which is considered the patrimony of his father. Rumors of an imminent change of position strengthened after the arrest of Governor Ivan Belozertsev - there were guesses that Patrushev would now be sent there.

Such an abundance of various versions, where it can be sent, looks very busy. Despite the fact that they all agree on one thing - he will soon be sent to one of the regions, and this issue is being resolved very soon. According to the authors of the Postpravda telegram channel, allegedly a "link" to one of the subjects is in need to gain the necessary experience before the period of a large transfer. Similarly, at one time, from the position of the head of the Ministry of Agriculture, Alexey Gordeev went to the governors, who is now increasingly called the likely future speaker of the State Duma.

Moreover, there are persistent rumors that the issue of moving Patrushev could already be resolved at the level of Russian President Vladimir Putin - allegedly, the minister could even personally meet with him on this issue.

According to sources of The Moscow Post, now Patrushev is seen as the new head of the Khanty-Mansiysk Autonomous Okrug. However, what should a person who has worked in agriculture for many years do there, although Ugra is an oil region?

And here it is worth recalling that the road to this industry by one of the Patrushevs is already protoptan - the minister's younger brother Andrei Patrushev from 2013 to 2015 served as deputy general director for capital construction of Gazprom Production Shelf Yuzhno-Sakhalinsk LLC, and then became a member of the board and deputy general director for the development of offshore projects Gazprom Neft, where he worked until 2019. In 2017, as RBC wrote, Andrei Patrushev, the youngest son of the Secretary of the Security Council of Russia Nikolai Patrushev, became chairman of the Board of Directors of SoundKaspneftegaz, Gazprom joint venture and LUKOIL. And, as you know, both Gazpromneft and LUKOIL are actively working in the Tyumen matryoshka, which includes Khanty-Mansi Autonomous Okrug.

And it seems not at all accidental that Nikolai Patrushev at the end of March came to a meeting with the governors of the Ural regions, which was held in the capital of Ugra. It was officially reported that during the working meeting, issues related to ensuring the security of the population in connection with the pandemic of coronavirus infection, economic security in the region, as well as measures to ensure the stability of interethnic and interfaith relations were discussed. However, is it possible that Patrushev Sr. had a separate conversation with Ms. Komarova regarding the future of his family, which may soon move to Ugra?

Patrushev Jr. in February went into quarantine with his first deputy Dzhambulat Khatuov, who is named among

likely replacement ministers. In the industry, there is an uncontrolled increase in prices, which the department was not able to curb. In particular, they seriously talked about a sugar shortage, because of the pandemic COVID-19 the Russian agricultural sector critically lacks labor migrants. The disappointing forecast for the grain harvest is the most optimistic scenario of 125 million tons of grain, while last year they collected 132.9 million tons. Experts predict a critical increase in prices for agricultural products. Against this background, of course, Dmitry Patrushev will not be avoided. Is it time to leave the Ministry of Agriculture?

The name of another probable candidate for the post of Patrushev is called - his deputy Oksana Lut. Rumors about her appointment began to go as early as the beginning of 2020. According to the authors of the Boiler telegram channel, supposedly Louth industry owes all recent achievements. What are these achievements?

Today, an official who has worked with Patrushev since the days of Rosselkhozbank (RSHB) has formed a whole system of industry unions in the ministry. Thanks to the skillfully built Louth scheme, the largest agricultural companies are forced to join the newly created associations, and, according to rumors, allegedly pay her interest, and in return receive export quotas and state subsidies for development. The scheme works in several industries: grain, oil and fat, milk, poultry. Earlier, The Moscow Post wrote in detail about this. 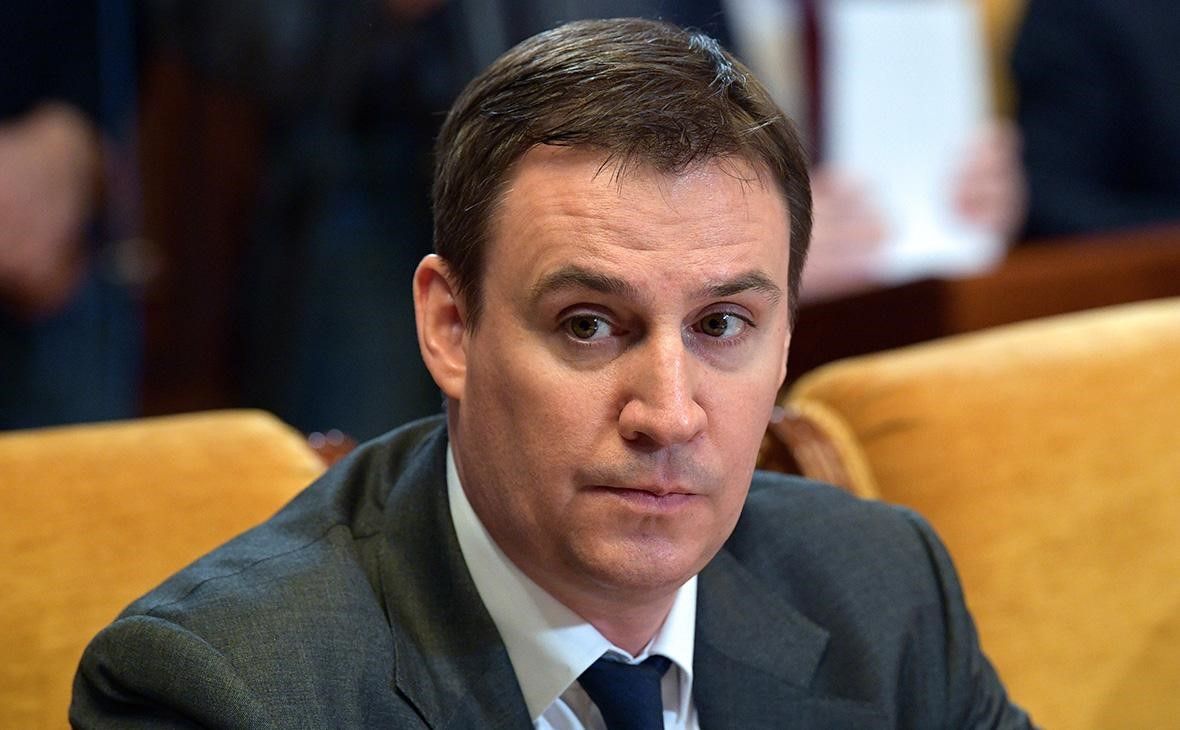 True, how effective such a system is is a controversial issue. So, last summer, the Russian Union of Bakers (CPR) asked the head of the Ministry of Agriculture Dmitry Patrushev to subsidize the costs of producing flour for bakery products and introduce additional restrictions on grain exports.

In the fall, it became known that Rosagroleasing JSC, controlled by the Ministry of Agriculture, entered the debt market by placing its bonds on it. That is, the enterprise began to "crawl" into the debt hole? They said that the funds thus obtained could be banally "sawed," and if this is really so, could this happen without the knowledge of Dmitry Patrushev? By the way, the organizers of the placement of bonds were Rosselkhozbank (RSHB), Moscow Credit Bank and Sovcombank. But it was at the RSHB that Patrushev worked for almost 8 years.

Patrushev's work at the Agricultural Bank as head of the institution also raised questions. By the way, he is still the chairman of the Supervisory Board of the bank, which is now headed by Patrushev's protege.

Remember at least the story of "Solar Products." As Business-Vector wrote, it began with the opening of a credit line between the bank and the enterprise in 2017. On October 31, 2018, the financial institution signed an additional agreement with the oil and fat holding, according to which interest on the loan was to be repaid no later than November 30. And suddenly, the day before Day X, Rosselkhozbank sold the right to claim Rusagro's debt to Vadim Moshkovich. Market players immediately noticed something suspicious in this - they say that all this was done in the interests of Mr. Moshkovich, who later "mastered" on "Solar Products."

Or the story of the long-suffering Eurodon. One of the largest turkey producers began to go bankrupt due to debts - then they immediately started talking that it was being done on someone's order. Founder Vadim Vaneev risked going to jail, and VEB, as the owner of the enterprise, sold the requirements for Eurodon to Rosselkhozbank for 6.2 billion rubles. All this could be done in the interests of the Cherkizovo holding, once created by Igor Babaev, which is now managed by his sons Sergey and Yevgeny Mikhailov, as The Moscow Post previously wrote in detail.

By the way, Patrushev met with the governor of the Rostov region Vasily Golubev to discuss the further fate of the bankrupt enterprise, as Kommersant wrote. All this suggests that the minister can still maintain influence over the RSHB and use it as an instrument in the redistribution of agriculture, which he himself oversees.

What to say, the minister's labor merits raise certain questions. Interestingly, when moving to a new position in the region (if it, of course, will be), one should expect this? In this case, by the way, many employees of the Ministry of Agriculture will probably move to the Khanty-Mansi Autonomous Okrug after the head: for example, with Patrushev's transfer to the department, immigrants from the RSHB went under his wing.

The fact that Komarov is "removed" from the post of head of the region has been talked about for more than a month. Back in early February, sources of The Moscow Post reported that there was a meeting between the first deputy head of the Presidential Administration Sergei Kiriyenko and the FSB general, who oversees issues in the Khanty-Mansi Autonomous Okrug. The subject of their conversation could be Komarova's interaction with local business structures. The reason for this is the information allegedly received by the security forces from the head of the Ugra Development Fund Roman Genkel, who, as they say, calculated in detail the movement of money to a company apparently controlled by the governor from the budget. 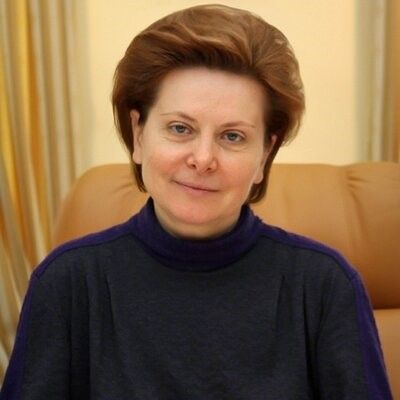 As our informants previously said, having learned about the upcoming visit of Kiriyenko, Ms. Komarova was not confused, and allegedly turned to the oligarch Vagit Alekperov for help. He just came to Khanty-Mansi Autonomous Okrug in mid-January to check Lukoil's enterprises and the socially significant objects that his company finances, Ugra News reported.

The informant of our publication assured, allegedly Komarova asked the businessman to "silence the word" for her at a meeting of the entrepreneur with President Vladimir Putin, which took place in early February. Like, she drew special attention to the fact that many residential buildings are being built in Ugra. But this, for a second, is the topic on which there are a lot of questions stably to the head of the Khanty-Mansi Autonomous Okrug.

In particular, she could be "hit" by the arrest of businessman Andrei Kopaigora, who conducts entrepreneurial activities in the construction sector, on suspicion of attempted fraud. He and the subordinates of the governor could begin to testify about the connections of the head of the region also with the scandalous head of Sibpromstroy Nikolai Storozhuk, who is also engaged in construction. Earlier, The Moscow Post wrote in detail about this.

If all the above is correct, then a very interesting picture emerges: Komarov could be "taxed" from all sides so that she would definitely leave the region, and she initially did not like this idea very much, so she tried to compete for her place. However, realizing that in her case there would be no "happy end," she decided to go to a meeting with Patrushev Sr., probably hoping that, if the security forces had questions for her, they would provide her with protection in gratitude?