Is there life after "G": the battle for the legacy of Zhirinovsky has already begun?

While doctors are fighting for the life of Vladimir Zhirinovsky, his closest associates are waging a struggle for his rich political heritage.

According to the correspondent of The Moscow Post, the former vice speaker of the State Duma from the Liberal Democratic Party, the son of Vladimir Zhirinovsky Igor Lebedev first commented on his father's illness. Lebedev wrote briefly and emotionally: "Only live!" On his social networks. And although he did not directly name his father, it immediately became clear to everyone that the appeal concerns the LDPR leader and is connected with his health.

Recall that Zhirinovsky was hospitalized on February 2 due to complications caused by the omicron strain of coronavirus. According to the latest information, doctors assess his condition as stable and continue to provide all the necessary medical care. However, panic moods are also swirling in the Internet space. They say that even if Zhirinovsky recovers, he will not be able to return to party management soon.

The editorial office The Moscow Post sincerely wishes to Vladimir Volfovich the speedy recovery, and to his family, the family, relatives, supporters of his political force, admirers of his talents - forces, tranquility and endurance.

At the same time, it seems that not everyone is looking forward to Zhirinovsky's recovery, including among his party members.

According to unofficial information, as soon as it became clear that the disease of the LDPR leader was being delayed, his closest associates "brook" reached the Presidential Administration. There was one point and x questions: what will happen to the party in the event of Zhirinovsky's incapacity, who will get his rich political legacy, which of the remaining LDPR leaders will receive the "good" for further party activity?

Recall that the LDPR is a parliamentary party, and therefore is not obliged to collect signatures when nominating its candidates for certain elections in the regions. The party has its representatives in the deputy corps, regional and local parliaments, as well as 21 mandates of the State Duma deputy.

Moreover, using the status of a parliamentary structure, the party annually receives funding from the budget. Over the past three years, the LDPR has received an income of almost 4 billion rubles, of which 3.4 billion are federal funds. About this writes Ura.ru. There is something to worry about.

After the possible (God do not bring) departure of Vladimir Wolfovich from the political arena, the party is likely to overtake a serious crisis. Can someone really claim the legacy of the LDPR leader?

There are many reasons why the party can fall into oblivion. The first is the leader type of structure. Vladimir Zhirinovsky is the founder, ideologist, leader, motivator, and administrator. And the party's chief negotiator with the authorities. In terms of resource in the party, there is no one to replace it.

From the same follows a second reason: the absence of functionaries equal to Zhirinovsky, able to lead the remaining party asset. Yes, and who will need it? The LDPR is a party that absorbs the right and even the right-wing radical electorate. In this form, without Zhirinovsky, it will most likely become irrelevant for the Presidential Administration (and for society). 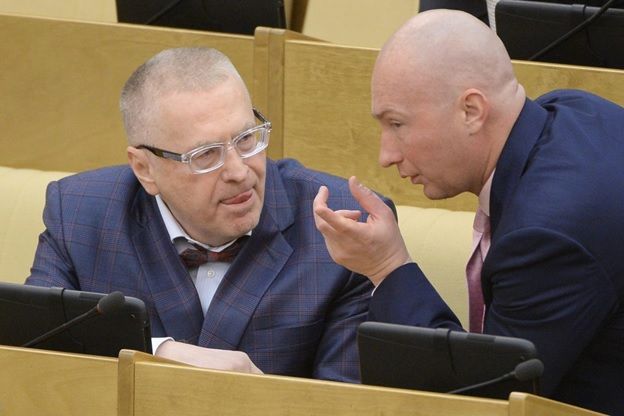 Igor Lebedev can also worry not only because his father was in a dangerous situation. But also because, without Zhirinovsky, he himself in the LDPR will turn into a simple functionary.

Then the accused in the case were two accountants of the party. But they testified on Lebedev himself, who allegedly oversaw their work and gave orders where to spend funds. About this wrote "Kommersant."

It is surprising that the Moscow police could not deal with this situation, and the case was referred to the Investigative Committee. Further - silence, which suggests that the matter was simply hushed up.

They say that if Lebedev launched his hands into the party treasury, he did it not without Zhirinovsky's approval. And the addressee could be a foreign business, the presence of which has been attributed to Zhirinovsky and his entourage for many years. According to the authors of the PASMI website (recognized as a foreign agent in the Russian Federation), allegedly Lebedev is the owner of several hotels and apartments in Spain at once. In particular, in Barcelona, Altea and Ibiza.

According to Saha.News, in 2007, a real estate management company called Go Evolution International 21 SL was created in the Spanish province of Alicante. In 2012, its authorized capital could be about 2.8 million euros, and assets were estimated at 4.5 million euros.

If this is true, then Spanish capital also needs to be able to protect. And without Zhirinovsky, it will be difficult to do this - information can be given a move to clean the State Duma from associates of the odious leader of the Liberal Democratic Party.

According to the authors of the telegram channel "The Grashchenkov," allegedly the struggle for the assets of the Liberal Democratic Party is already underway. Moreover, it was Igor Lebedev who allegedly became her first victim. It is no secret that after 2021, when he ceased to be a State Duma deputy, he was slowly pushed away from political life. Perhaps even with the sanction of Vladimir Zhirinovsky himself. The departure of the latter from politics is guaranteed to multiply by zero the influence that Lebedev still has.

Already, all last year from the party there was a mass exodus of supporters. In the last elections to the State Duma, the LDPR lost over 10 mandates compared to the previous convocation.

Many sponsors left. In a number of regions, the conflict with former associates ended with an appeal to law enforcement agencies.

So, for example, the former Perm LDPRovets Ilya Lisnyak did. He demanded that Zhirinovsky be prosecuted, allegedly for the fact that the party did not exclude Lisnyak from its ranks, and he could not take part in new elections from another political force.

You can recall other cases. What is the scandal with the Lipetsk deputy Pavel Evgrafov, who left the LDPR after he accused the leadership of the local cell of extorting money from a candidate for the elections, and appealed to the prosecutor's office with a request to check the actions of former party members. Kommersant wrote about this, but this is far from the only case.

All this suggests that the party, even with a healthy leader, was in a systemic crisis. A bright figure who could pick up the fallen banner behind Zhirinovsky was once Alexey Mitrofanov. But back in 2014, a criminal case was instituted against him under Art. 30 and part 4 of the Criminal Code of the Russian Federation (Attempted fraud as part of an organized group), after which he left the country.

What about "young piglet"?..

The closest "resource" associates of Zhirinovsky are considered the current governor of the Khabarovsk Territory Mikhail Degtyarev and Wolfovich's right hand, his assistant in the State Duma Sergey Zhigarev.

There are almost no other people recognized by the electorate. And the same Zhigarev, formerly the head of the State Duma's economic committee, in 2021 could not qualify for the main composition of parliament. And he was forced to get an assistant to Zhirinovsky in order to have a "pass" to the State Duma.

Now Mikhail Degtyarev is in limbo. Zhirinovsky proposed his candidacy for the post of governor after the arrest of Furgal. In a package with the same Zhigarev, who, it is believed, the LDPR leader himself preferred.

Then the President supported Degtyarev. For Zhigarev and Zhirinovsky it was a kind of fiasco. After all, now Degtyarev considers himself obliged not to Wolfovich, but to the head of state. According to rumors, he was one of the first to get in touch with the Presidential Administration when it became known about the illness of the party leader. Degtyarev needs guarantees that after Zhirinovsky leaves politics he will be allowed to calmly finalize the governor's cadence. For the sake of this, with a great desire, not for long to go to United Russia.

They say that the change of priorities Degtyarev hurt Zhirinovsky's self-determination. Like, he "led" Degtyarev since the time of the youth party asset of the Liberal Democratic Party of Moscow. The party nominated Degtyarev in the election of the capital's mayor, in every way guarded. And now it seems he doesn't need it anymore.

Sergey Zhigarev is perhaps the only one who is believed to have retained personal devotion to Vladimir Zhirinovsky. And even the defeat in the elections to the State Duma was not a hindrance to him. 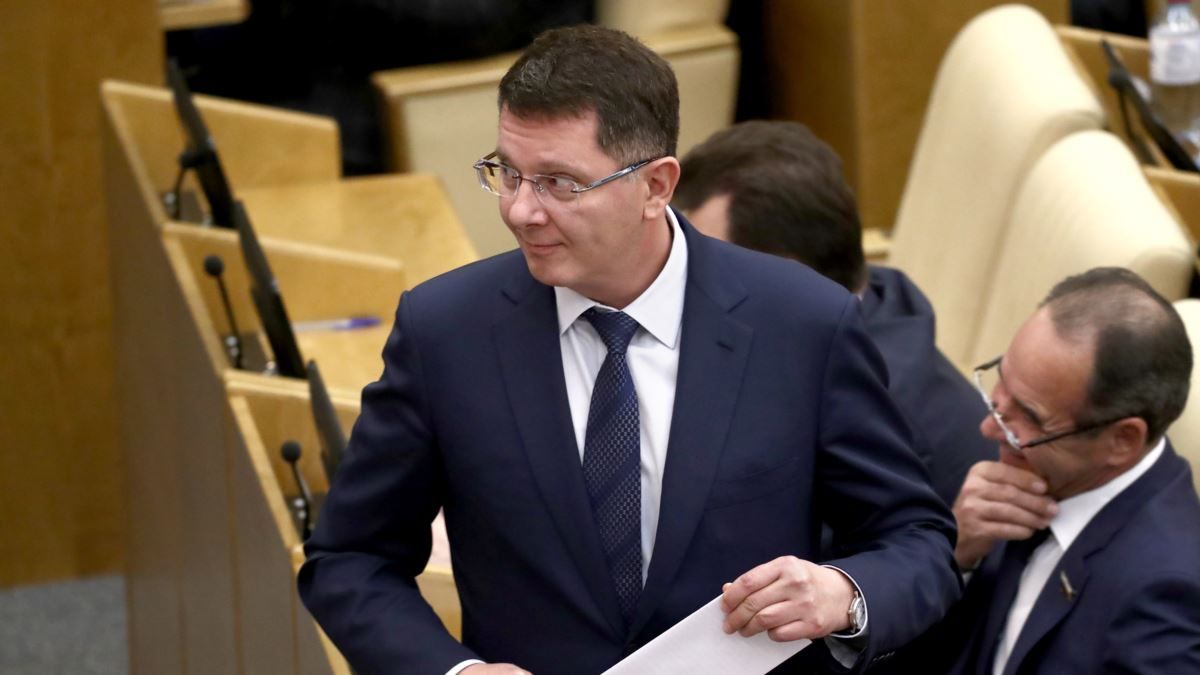 Sergey Zhigarev is the only recognizable person after Zhirinovsky, Lebedev and Degtyarev. But he was left without resources and hardware support

But he was left without resources. According to the authors of the Cheka-OGPU telegram channel, allegedly Zhirinovsky ran along the corridors of the AP and tried to solve the issue of adding Zhigarev to the bread place for money. The same authors claim: allegedly during the deputy period, Zhigarev had a "taxi" for passing bills through the committee under his supervision, which could be about $5 million.

Even if this is a stretch, now Zhigarev has nothing of the kind. And without Zhirinovsky, he will lose the last hardware opportunities for moving up the career ladder.

In minus Zhigarev you can put many other scandals. For example, we recall a famous case when money disappeared from his house, which was subsequently accused of a young model girl. Which ignorance ended up in the apartment of a married deputy. It would seem that after that you could forget about Zhigarev, but other recognizable people in the party - the cat cried. There is no one to bet on. 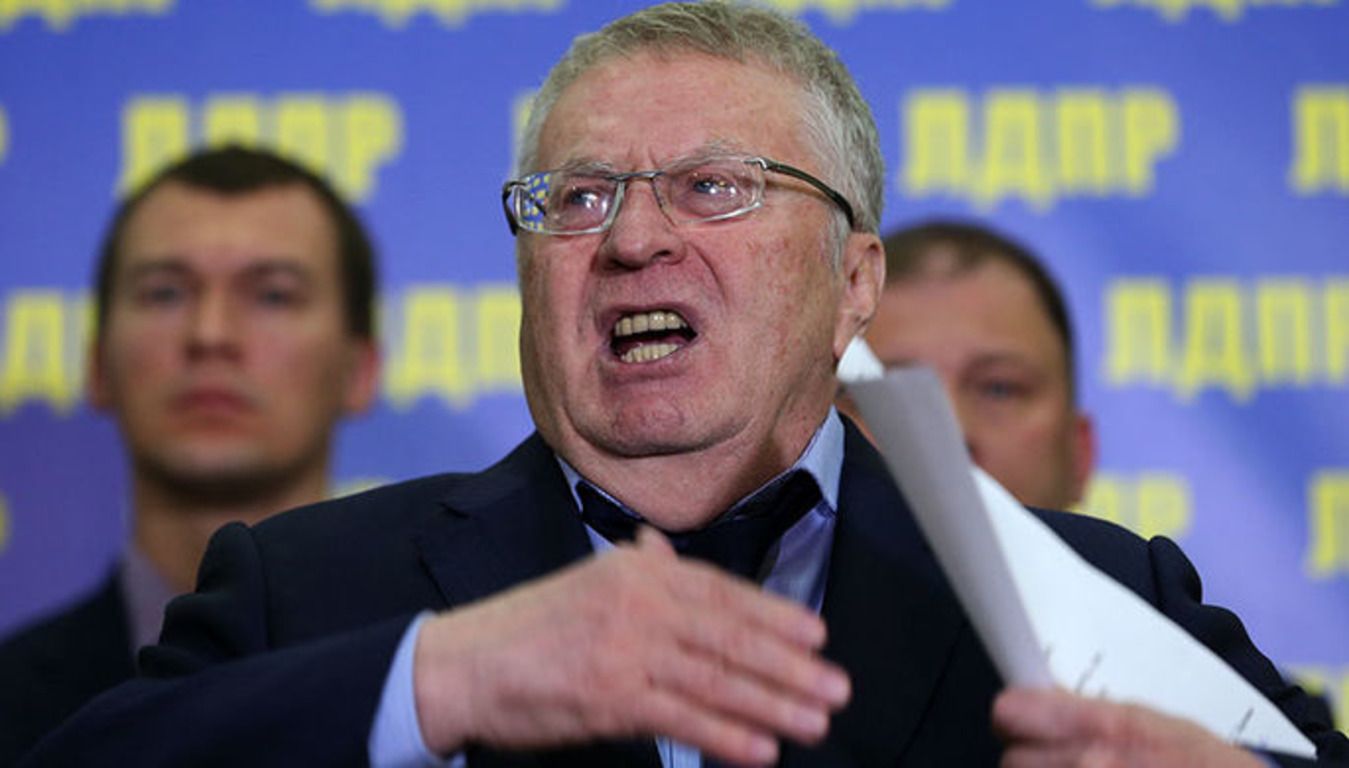 It turns out that Vladimir Zhirinovsky himself created a situation when there is no one to replace him, and without him, no one really needs a party. In this sense, negotiations with AP functionaries can come down not so much to what will happen to the party as to what its former members will do, to which bank they will dock after the crash of the Liberal Democratic Party.... However, knowing Vladimir Wolfovich, there is always hope that he will recover, triumphantly return, and put everything (and everyone) in his place. So let's hope. And what else remains?..