In the "wrapper" "Granel" found scandals

The Granel company, close to the relatives of the head of the government of Bashkiria Andrei Nazarov, continues to pick up scandalous construction sites in the Moscow region one after another, making them even more scandalous.

According to The Moscow Post correspondent in the Moscow Region, Granel Group of Companies, which is called close to Bashkir Prime Minister Andrei Nazarov, is agreeing to acquire 44 hectares in the village of Zaitsevo, Odintsovsky District. Most likely, the company will be engaged in development of the site which is near ZhK of the scandalous "SitiStroy-Proekta" which is nowadays in a bankruptcy stage. Local residents in the desire to find a government for the developer even reached the president.

Now they're gonna be looking for control of Granelle?

The news of Graneli's interest in the territory was hardly in the spirit of the residents of Zaitsevo. The last few years have been fighting the CiStroy Project, which undertook to build a candle in the village of Zaitsevo, designed for 20 thousand people. Local noted that the company did not hold pre-statutory hearings - that is, the opinions of families living in the area for decades, no one bothered to ask. Meanwhile, the absolute majority was against development.

In 2015, residents turned to the president himself with a request to intervene in the situation. According to them, the developer committed the theft of three federal land plots with a total area of ​ ​ 24 hectares. located in the village of Zaitsevo, Odintsovsky District, Moscow Region, by using fake documents about registered real estate on previously leased land plots. The cadastral value of stolen land is 461 million rubles.

Then interesting details were revealed. As journalist Alexei Durnovo wrote in a blog on Echo of Moscow, UBEP employees of the Central Internal Affairs Directorate of the Moscow Region found that the land was repeatedly sold and resold until it was transferred to CytStroy-Project LLC. According to operatives, the previous owners and beneficiaries of the developer turned out to be one group of persons. The plots themselves were arrested as physical evidence, but no one thought to stop the multi-storey construction - the work continued in full swing. But then, nevertheless, after the hype in the media stopped. 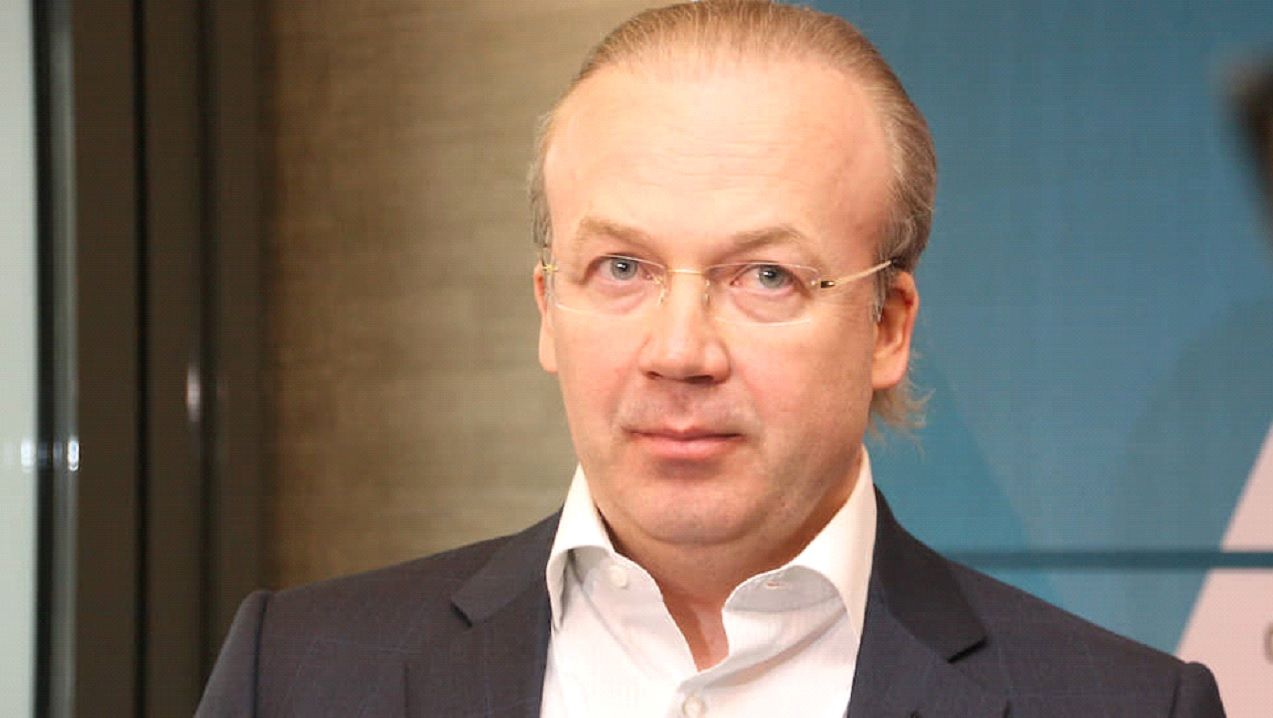 What is noteworthy, ads for the sale of apartments in a scandalous LCD can still be found online. Only in the reviews people note that they have little faith in defrosting the construction site. But what if the Granelle were to visit this territory?

According to the old scheme

And it is possible that this is how it will be - the company has repeatedly been noted in stories when it was mistaken for scandalous projects. And, in particular, this happened in the suburbs. It is worth noting that the company's entry into the MO market does not seem at all random, not only because housing is now in great demand there. The reason may also lie in the good relations of the founder of Graneli Andrei Nazarov with Vorobyov himself.

The fact is that with Nazarov, the governor sat in the State Duma from 2007 to 2011. And, by a strange coincidence, suspiciously often receives "tidy" plots near Moscow and often - even without holding appropriate bidding.

Andrei Nazarov is now Prime Minister of Bashkiria. With the transition to service, he immediately handed over the reins of management of the company to people who were not strangers to themselves - his son-in-law and sister Svetlana and Ilshat Nigmatullin. The wife of Nazarov Larisa also has a stake in companies affiliated with Granella.

It is known that Nazarov connects long-term friendship with the head of Bashkiria, Radiy Khabirov, they constantly work in the same region. While Khabirov "ruled the ball" in Krasnogorsk, "Granel" began to complete a large object there - the Raspberry residential complex. Moreover, at the end of 2018, the developer became one of the fastest growing in the market, tripling the revenue from the sale of housing.

But despite the fact that Khabirov moved to Bashkiria, the Granel MO is still in raspberry. In particular, the company got the Opalikha Park residential complex project, which everyone has not been able to complete since 2014.

The original developer of the Avest LLC project was filed for bankruptcy. Following a meeting with the relevant authorities of the Moscow Region, the Fund for the Protection of Equity Holders reported that the issue of attracting the completion of the construction of a new investor was being worked out. It turned out to be the SZ (specialized developer) Opalikha Park, with which the administration of the Krasnogorsk urban district entered into an appropriate agreement.

According to the plan, it was planned to complete the construction of the first building, and provide apartments to co-investors of the remaining houses in another project of the Granel Group of Companies, namely, in the Anikeevsky residential complex.

Today, 380 people have equity agreements (DDU). Of these, 130 are equity holders of the first building, and 250 of the second and third buildings. But the completion of these buildings is no longer even planned. Granel came up with a cunning scheme: transferring DDU to apartments in the first building of the Opalikha Park residential complex, in the Anikeevsky residential complex. Or, as an option, payment of compensation based on the cost of DDU.

But in this case, equity holders will either have to pay up to half a million rubles due to the difference in the space of apartments, or get less liquid housing, or simply lose money due to a sharp increase in the cost of real estate since the conclusion of the DDU.

What to say, in this case, "in the ladies" only "Granel" remains. And, of course, the situation did not suit equity holders, who have already begun to sue the developer. And, knowing this story, it is somewhat alarming for the probable future of buyers of CiStroy-Project apartments...

Moreover, earlier The Moscow Post wrote in detail that the project could go to Granelle as a result of the implementation of opaque schemes. After all, the beneficiary of the same Avesta Eldar Chelidze is now under criminal prosecution. Could he act in the interests of Granelle?

And again parallels with "SitiStroy-Proektom". The fact is that the company could bankrupt itself. According to Rusprofail, until 2017, the founders of the company were Football Agency Team LLC. The latter in 2018 turned to the developer with a lawsuit of almost 57 million rubles. So this is how they could "neutralize" the developer? 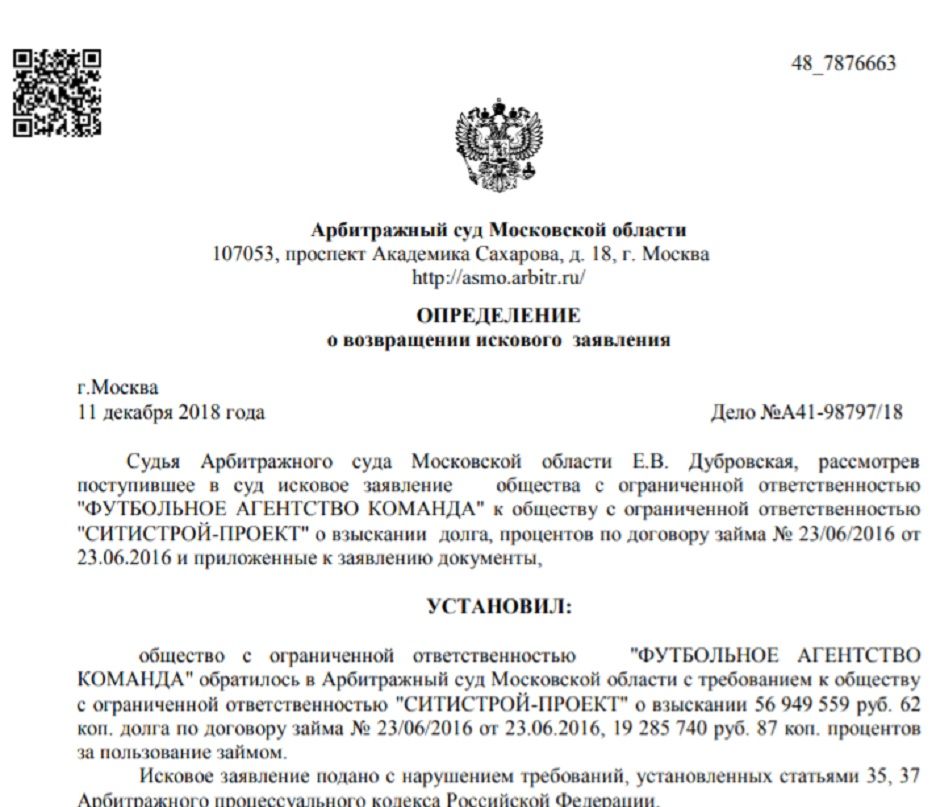 Through towns and villages

The ambiguous situation at Graneli happened in Reutov. In 2013, the construction of the Novokosino-2 residential complex "Expert" began there. But suddenly the company began to have financial difficulties, and the project was completed by SZ Granel Granite. This was done by expanding the development area for this - the latter went to the compensation site, on which they originally wanted to build a fire station and an ambulance station. Then there was talk that the bankruptcy of Expert Building LLC could be controlled so that Granel received plots without a competition. Somehow, many stories with suspicious bankruptcy surround Granelle...

Moreover, the head of "Expert" was a certain Alexander Vorobyov. Is he a close relative of the governor?

In any case, 800 people turned out to be injured equity holders, Expert Building LLC was obliged to return 1.9 billion rubles, which were supposed to go to the completion of two buildings. However, local people complain that the company "scored" on the obligations to build a social infrastructure - in particular, citizens were left without a fire station.

And all this resembles a figure similar to a real pyramid: one contractor does not complete the buildings, the other receives compensation plots, and the money collected for the construction of housing there goes to unfinished houses.

But local authorities do not seem to embarrass anything. Granel is unfolding in Reutov with a new project: the Reut comfort-class residential complex. And receives for this loan for 57 months for 3 billion rubles. And somehow not much to believe that the once promised fire station in Reutov will finally appear.

In addition, SZ Granel Gorod LLC bought 24 land plots in the suburbs from the bankrupt Highgate LLC (the structure of the scandalous famous Urban Group). The purchase cost 864.9 million rubles. Land plots are located in the village of Nikolo-Uryupino, which is in the Krasnogorsk district of the Moscow region. Former "patrimony" Radiy Khabirov. By the way, one of the sites is provided for the construction of an educational institution. But will it appear?

Moreover, the developer may need funds to pay numerous fines. Granel Group of Companies was fined and fined for violating the rights of equity holders, lack of documents and the use of cheap materials.

Perfectly, "Granel" feels in Bashkiria, where now the old acquaintance Nazarov Khabirov is leading. Earlier, The Moscow Post wrote in detail about the numerous scandals of the developer in Ufa. But they all seem to be no reason to leave the market.

So in the suburbs "Granel" is only growing stronger. And, presumably, the reason for this lies in Nazarov's ability to maintain the necessary ties with his former colleague Vorobyov. Otherwise, how to explain that the developer is everything, like water from a goose?

10 August, 6:57
MIC mold is not a hindrance, and other "charms" of Andrei Ryabinsky
See also