In search of Nosov

Why did the "disappearance" of the Magadan governor Nosov, who was tried to connect with offshore and crimes Nicolas Sarkozy, not become a reason for sadness for his own voters?

According to the correspondent of The Moscow Post in the Magadan region, local residents, including representatives of the elite, are concerned about the "loss" of the governor of the region Sergey Nosov. During the lockdown and long weekends, he disappeared somewhere from the media space - according to rumors, he could leave for warm countries while the business considers losses, and the Magadans are sitting home, risking a fine for the absence of a "cuarcode."

But do residents of the Magadan region miss Nosov? It should be assumed that they are much more concerned about problems in the unresolved problems in health care, the outflow of the population, the socio-economic situation, with which Nosov did not get better.

Sergei Konstantinovich Nosov took up the governor's post in 2018, having come from the post of head of Nizhny Tagil in the Sverdlovsk region. Earlier, he served as vice-governor of the Sverdlovsk region, and it was already under the current leader of this subject, Yevgeny Kuyvashev.

Therefore, Nosov is "recorded" in the team of both Kuyvyshev and Moscow Mayor Sergei Sobyanin, on whom, it is believed, Kuyvashev can rely to a certain extent. In accordance with this, there is talk that if Nosov is removed from his post, he will probably be provided with a warm place, if not in Moscow, then in Yekaterinburg.

Nosova and Roman Abramovich and his Evraz will not forget. From 1999 to 2005, the current governor of Magadan headed the Nizhny Tagil Metallurgical Plant, which is now part of the Eurasia circuit. Nosov's successes in politics are associated, among other things, with the possible interest of Abramovich and the metallurgical lobby.

In favor of this version, which explains the political stability of Nosov, says that he himself is from Magnitogorsk. His grandfather Grigory Nosov headed the Magnitogorsk Metallurgical Plant, where Sergey Nosov later worked. Later, he will take part in meetings then and. about. Governor of the Chelyabinsk region Boris Dubrovsky. 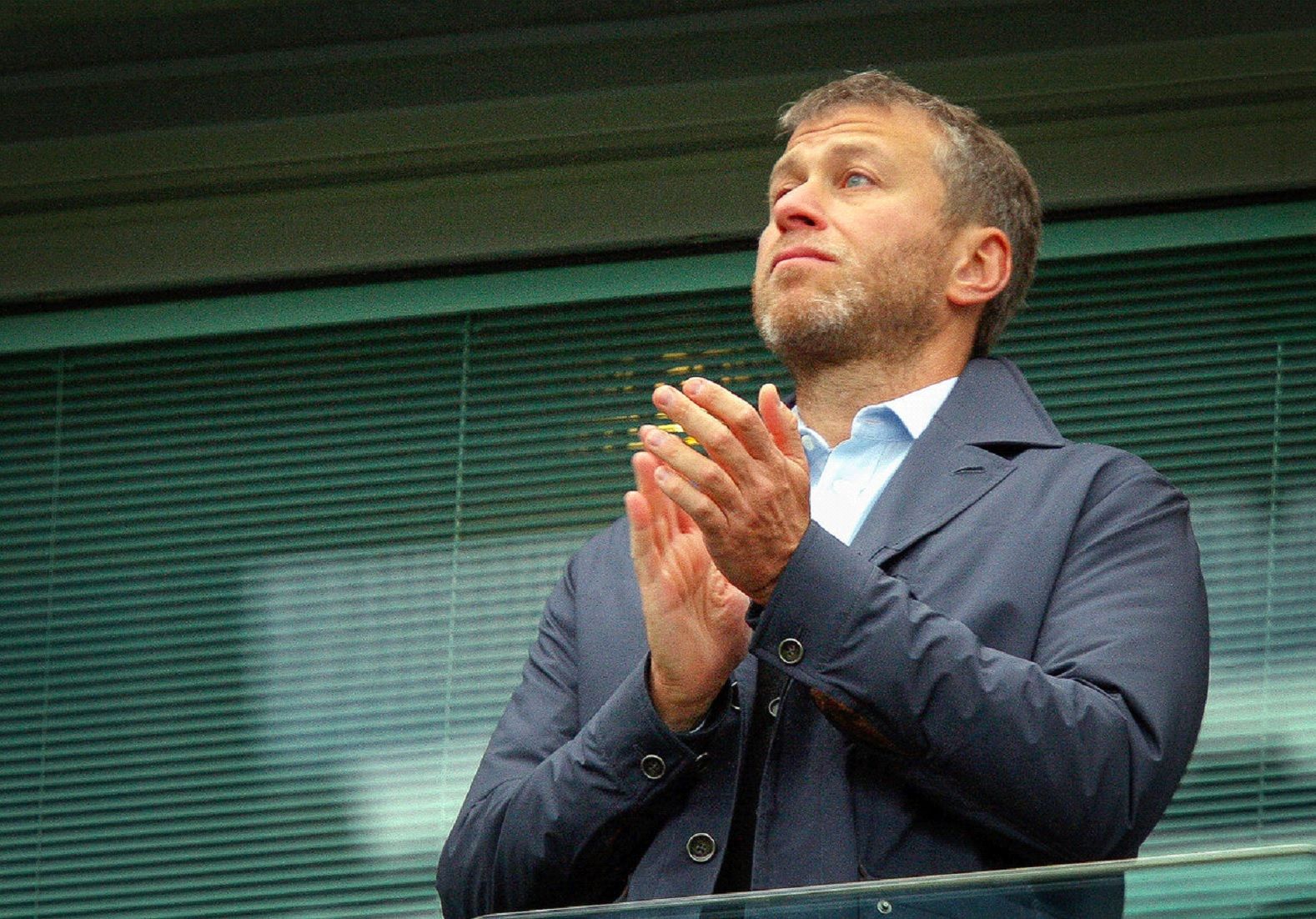 Sergey Nosov enjoys the support of Roman Abramovich and lobbies for the interests of Eurasia?

Now the latter is suspected of a criminal offense related to abuse of power and embezzlement of budget funds in the amount of more than 20 billion rubles. About this writes Gazeta.ru Dubrovsky himself is not in Russia, he disappeared from the investigation. Can Sergey Nosov tell something about the fugitive's affairs?

And here it would be nice to remember why Nosov in 2015 "relented" from Nizhny Tagil. And the problems there were the same as now in the entire Magadan region. As Moskovsky Komsomolets wrote, one of the stumbling blocks in Nizhny Tagil was the strange state contracts that the Tagil administration concluded. It is easy to assume that contractors could be chosen by the degree of "proximity to the body" of the mayor.

In addition, there were questions about the cost of work. They recall the contract of the Schwabe holding, which is part of the Rostec circuit under the direction of Sergei Chemezov. In 2014, the holding concluded a contract with the Nizhny Tagil administration for 9.3 billion rubles until 2042 for the design, construction and maintenance of communication systems. This is 340 million rubles a year - the amount is probably overstated, which was put to Nosov in reproach.

There were rumors that the contract could simply be imposed on Nosov by Rostec, for which the mayor could "watch" in a special way. At the same time, it turned out that the mayor's office has very little control over issues related to the repair of utility networks. Wasn't it better to put money in there?

It seems that Nosov's former place of work is catching up with him today. Recently, representatives of the FSB conducted an audit in the offices of Municipal Unitary Enterprise Tagildorstroy and MKU "Customer Service of the City Economy" Nizhny Tagil.

According to Pravda UrFO, we are talking about documents issued under the former mayor Sergei Nosov. Tagildorstroy is the main road contractor of the city hall. In February, he got a major contract for road repair as part of the national project "Safe and high-quality roads" for 7444.4 million rubles.

From all these problems, Sergey Nosov went to the Magadan region. But in the same 2018, as he began his new duties, perhaps the brightest scandal erupted, where his name appeared.

The scandal was associated with the figure of the former president of France, and now convicted by a French court of criminal Nicolas Sarkozy. In 2018, he had not yet been convicted - an investigation was underway into his activities as president and as a candidate for one.

In March 2021, Sarkozy received three years in prison in the case of wiretaps, but in fact - about corruption. In 2014, through his lawyer, he tried to bribe a judge of the French Court of Cassation, promising him a post in Monaco for information about an investigation into the illegal financing of his election campaign in 2007. 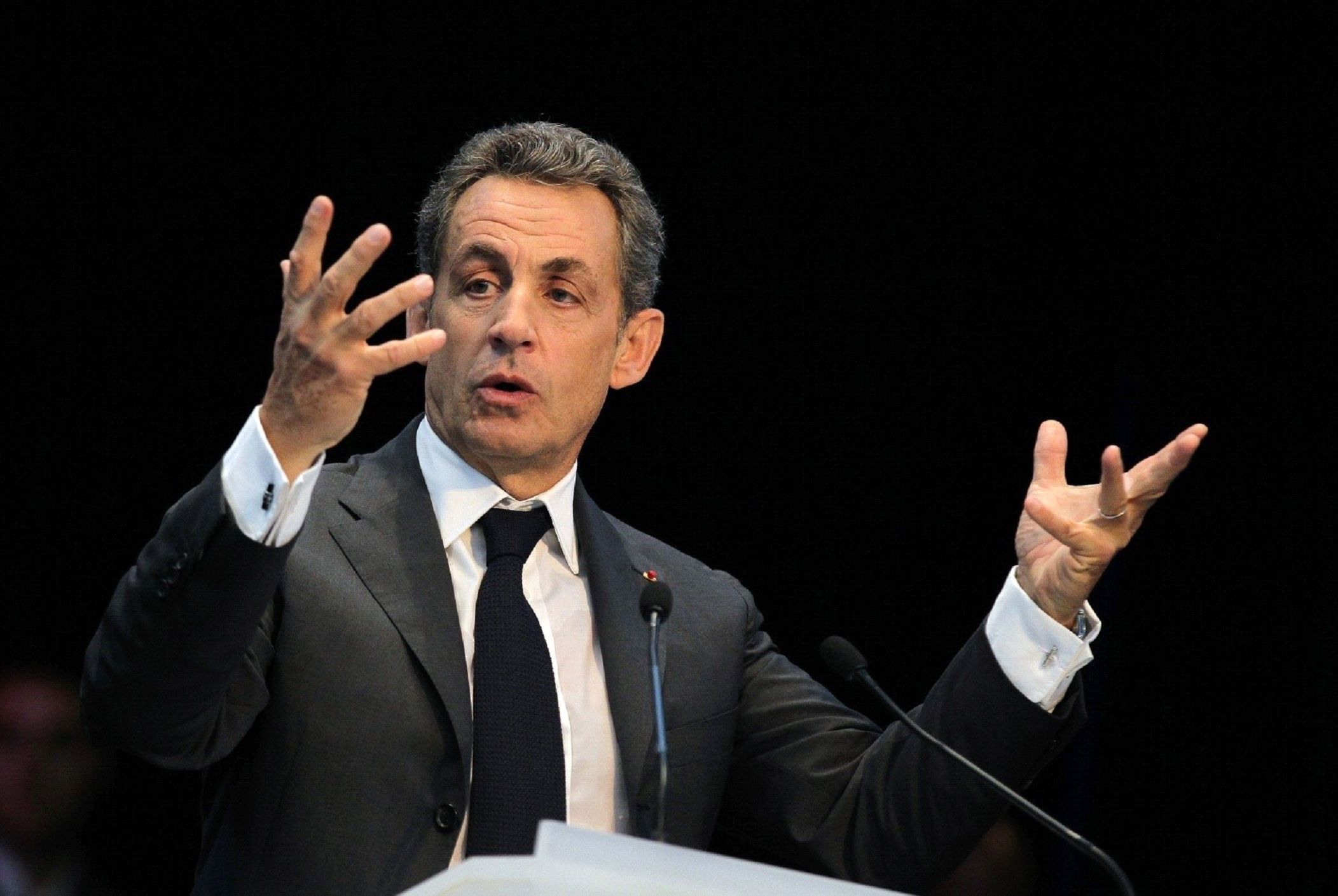 Sergey Nosov "invested" in the victory of Nicolas Sarkozy?

Later, Sarkozy received a second term - for overspending on elections, RBC wrote about this. Sarkozy's political career is over, and it will not be easy for him to wash off his reputation. Immediately it should be mentioned that the election program of Nicolas Sarkozy was allegedly financed by the disgraced and now dead ex-leader of Libya, Muammar Gaddafi. The one that French aircraft later bombed on Sarkozy's orders.

And here Nosov? During the investigation of the actions of Nicolas Sarkozy, the French press found out that Nosov's daughter was married to the son of businessman Alexander (Ahmed) Juhri, who was arrested in London as part of the Sarkozy criminal case.

It was Juhri who mediated the transfer of more than 50 million euros for Sarkozy's election campaign from Muammar Gaddafi, who allegedly transferred through his son Saif al-Islam, now one of the current political leaders of the new Libya. About this wrote Znak.

There are several questions at once, the first of which is why the Nosov family could need it. Apparently, the family has considerable business interests in France, which Sarkozy could protect. Another question is - where could Nosov or the people behind him take such money?

Perhaps Nosov was helped by one of the Russian billionaires. Not so long ago, news passed that the joint reconstruction of the Magadan airport will be carried out by the Airports of the Regions companies Viktor Vekselberg and Novaport Roman Trotsenko. Before Nosov, there were practically no of them in the region.

It is likely that Nosov wanted to attract them to finance the business that is attributed to the Magadan governor. According to the authors of the Russian Press website, the official may allegedly be the beneficiary of the Lex Elekta mining company, which has a license to develop the Suroyam titanium-magnesium ore deposit, whose reserves amount to 11 billion tons.

Officially, Lex Elekta belongs to the Cyprus offshore Simun Limited, whose director was previously supposedly Nadezhda Nosova, the sister of the Magadan governor. Since 2011, Lex Elekta has been led by Boris Chernyakhovsky, who previously worked with Nosov at the Magnitogorsk Metallurgical Plant and RusSpetsSteel CJSC. Of course, Nosov categorically rejects the presence of offshore and any business ties with domestic metallurgists.

Perhaps the company had prospects for work in France, for which it needed the victory of a certain presidential candidate. Now something strange is happening to her. Having 8 million rubles in the authorized capital, Lex Elekta LLC has no revenue (since 2014), but by the end of 2020 it received a loss of 84 million rubles.

If you look at this Cypriot offshore through the register of legal entities of this country, you can find that Nadezhda Nosova is still the director.

Another indicative detail: a certain Boris Chernyakhovsky remains the permanent leader of Lex Elekt. He is also not a stranger for Nosov. Chernyakhovsky began at the Magnitogorsk Metallurgical Plant, where Nosov worked at one time. They both left there almost at the same time.

Chernyakhovsky later worked as a technical director at RusSpetsStal CJSC, where in 2007-2009 Sergey Nosov was the general director. Even before that, Nosov managed to work in the rank of vice president of technology policy at EvrazHolding LLC Roman Abramovich, so he should have an extensive network of ties with Russian oligarchs.

In such a situation, Sergei Nosov may not be up to the management of the Magadan region. After all, problems haunt him here. Recently, he became the object of criticism from Prime Minister Mikhail Mishustin for the condition of the fish terminal of the seaport of Magadan. Money is allocated, but the terminal cannot reconstruct everything. Sending money to Cyprus?

At the same time, Nosov makes completely odious decisions. For example, he decided to reward his officials monthly by signing the corresponding decree. True, only high-ranking (read - "his"), and only for effective work.

Such support was not appreciated by the local prosecutor's office, and as a result, the case reached the Supreme Court, which overturned the governor's decision. About this wrote Kommersant. Due to this, Nosov can not be called a politician, popular among the people. Therefore, voters may even be glad to hear about his disappearance from the media agenda - and in a friend he was completely removed from office?