The VEB.RF Corporation is accumulating more and more powers and resources in itself, despite the controversial efficiency and scandals surrounding its leadership.

President Vladimir Putin held a working meeting with Chairman of the state corporation VEB.RF Igor Shuvalov. Shuvalov is one of the few top officials in Russia with whom the head of state meets personally. This is not surprising, because VEB.RF is one of the key state institutions for investing in the development of the national economy.

Today, the state corporation has accumulated huge assets and powers.

The Moscow Post correspondent analyzes how the structure has been strengthened in recent years, and with it its leader Igor Shuvalov and his team.

The meeting between Putin and Shuvalov was quite concrete. Shuvalov reported on the work, and also presented to the head of state the plans and financial needs of the structure. Following the meeting, the head of VEB.RF announced that the corporation will receive about 17 trillion rubles to support development projects and improve the standard of living of citizens.

At the moment, VEB.RF has already supported projects worth 9.5 trillion rubles. Putin noted that the state corporation will develop not as a separate structure, but as a group of companies - a number of institutions of this kind have been transferred to its subordination. And this remark of the President is not accidental.

The fact is that the state corporation formed on the basis of Vnesheconombank in 2018 did not immediately accumulate such opportunities. The process of its strengthening is the last year, during which a number of "not soaring" institutions were transferred to it.

Today, the VEB.RF group includes Rusnano, the Skolkovo Foundation, the Russian Export Center, the SME Corporation, the Industrial Development Fund, the Innovation Assistance Fund and other development institutions. Acts as a methodological center for ESG and green financing and many other assets.

Moreover, Rusnano and the Skolkovo Foundation transferred to the corporation recently, and, one might say, unexpectedly. It is no secret to anyone that Skolkovo did not live up to many hopes despite the huge financial injection. Rusnano is far from the performance indicators that the country's leadership would like to see. In other words, nanotechnology under Anatoly Chubais has not become the locomotive of the country's technological breakthrough.

The transfer of Rusnano and Skolkovo to VEB took place last fall. About this wrote RBC. However, many experts considered such a step to be preparations for the abolition of both structures. It is not completely clear what impetus their development can be given by Shuvalov's team, but to sell assets like a bank of bad Trust assets, digest and forget - quite. Such a task is set?

Just the same ambiguous reaction was caused by transfer of VEB. The Russian Federation JSC Fund Development of the Far East and Arctic which the Deputy Prime Minister Yury Trutnev had to supervise earlier. The situation is connected with a major scandal. 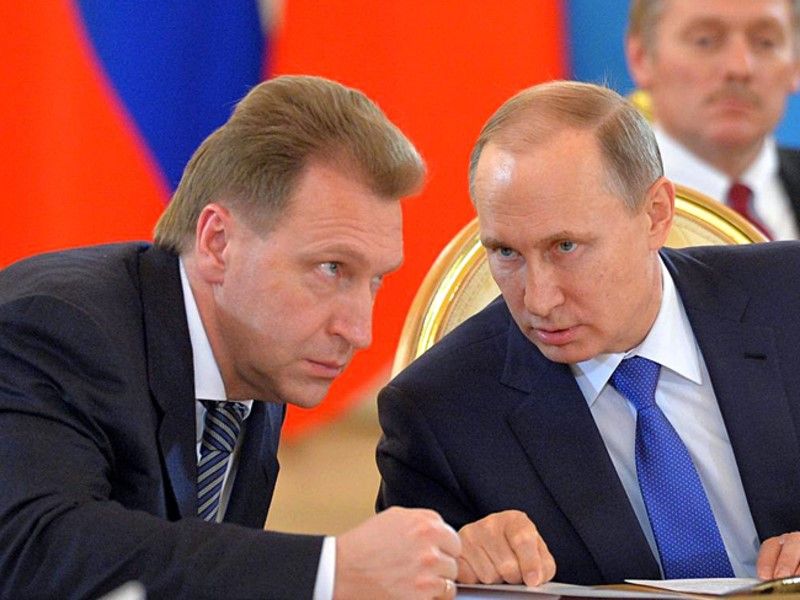 The President set specific tasks for Shuvalov, but whether they will be completed is a big question

At some point, Rubikon was bought into state ownership at a budget expense, and then part of the shares were transferred to two Cypriot offshore companies, which are managed by the namesake of the head of the RKIF, Yuri Trofimov. These shares were soon increased to a total of 75%, and the last quarter was in the hands of the VEB-supervised Far East and Arctic Development Fund.

What development in Russia can be discussed in relation to offshore companies, the issue is difficult. According to evil languages, allegedly this is more like a mechanism for withdrawing budget funds from the country. After all, Rubicon (which in the end did not build the bridge!) Was bought for budget money.

When considering the situation with increasing VEB.RF, other factors that are informal in nature cannot be circumvented. Igor Shuvalov, former deputy prime minister, one of the most influential officials in Russia. With extensive connections, he includes in the orbit of his (and VEB.RF) influence those institutions that formally have nothing to do with VEB.RF, but can enjoy serious budgetary support in his person.

Your People and Interests

For example, one of Igor Shuvalov's closest associates, who was his deputy at VEB until 2020, Mikhail Poluboyarinov was appointed general director of Aeroflot PJSC. That is, it is logical to assume that Shuvalov has a serious influence on his protégé, and through him on the country's largest state air carrier.

Another point is the state corporation ДОМ.РФ, literally pumped with budget money. Its former leader, Alexander Plutnik, was considered a person loyal to Shuvalov, and the current general director and deputy chairman of the government for construction, Vitaly Mutko, worked for a long time under the supervision of Shuvalov in the Cabinet of Ministers. That is, it is easy to assume here that they are tied to Shuvalov, and his word plays a role there.

At the same time, the effectiveness of the work of VEB.RF and personally Shuvalov raises questions. In 2018, the official came to VEB.RF to build a corporation from scratch, to make it modern and effective. And, not least, to bring its subsidiaries to a new level - just those institutions that, according to the President, should develop as a group of companies.

The efficiency of using these funds is doubtful. Even VEB's staff was so bloated that Shuvalov was forced to arrange indicative cuts, about 10% of employees fell under the reduction of staff this summer. About this wrote "Regnum".

The same can be said of many who have fallen into VEB.RF structures. Not so long ago, the corporation was once the largest turkey producer in the country, Eurodon Group of Companies. Many believe that the asset went to the corporation in 2018 for dubious reasons.

After the outbreak of avian flu in 2018, the group members decided to terminate the powers of the founder of Eurodon Vadim Vaneev as general director. Since February 2019, an observation procedure has been introduced at Eurodon enterprises. But what did the corporation do to correct the situation of the Civil Code? Having Eurodon's debt to VEB on hand, the latter decides to sell it banally, and the cost will clearly be low.

So what effectiveness can we talk about if at first VEB pumps the structure with loans, assumes its debts of 30 billion rubles, and then simply lets it under the hammer?

Another critical process is ongoing. On the basis of VEB leasing and the State Transport Leasing Company (GTLK), a Unified Leasing Company is being created. That is, another institution with dubious prospects, but pumped with budget funds. And this, of course, will strengthen Igor Shuvalov even more.

Detractors are trying to see in this the personal interest of Igor Shuvalov. After all, his name has repeatedly appeared in the context of various corruption scandals. According to "Forbes", in the past, Shuvalov was repeatedly tried to attribute a possible conflict of interest.

Even when he was the first deputy prime minister, it became known that the Shuvalov family earned millions of dollars in transactions with Gazprom and Sibneft shares. At the same time, the official explained that money is a guarantee of independence from groups of influence. This statement, to put it mildly, caused bewilderment in the market.

In this context, rumors about the colossal fortunes of Shuvalov and his relatives should not be forgotten. As the same "Forbes" wrote, the family of the head of VEB.RF turned out to be the owner of the elite long-haul business jet Gulfstream G650. It is registered with Altitude X3, a company registered in Bermuda. Earlier, the previous Shuvalov business jet Bombardier Global Express was issued for a company with this name. The catalogue cost of the new vessel of the family of the head of VEB is about $70 million. 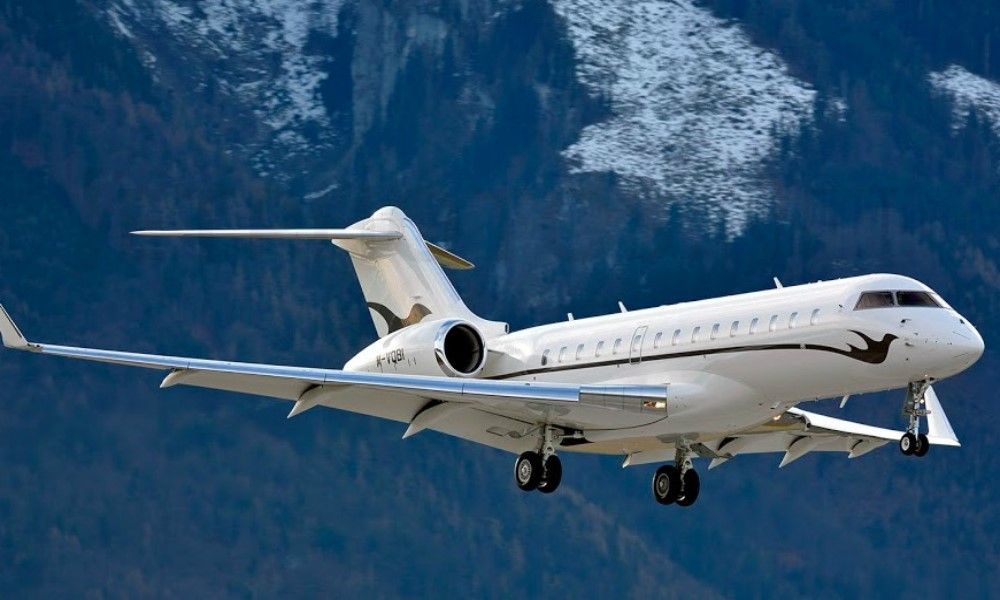 Having a personal plane, it becomes easier to perform tasks of national importance

They say that on this plane Shuvalov transported his dogs corgi. Where the official has such money, even taking into account the financial transactions of his family, is not clear, and this does not add him political points.

According to ill-wishers, today with a light hand, the state corporation VEB.RF allegedly smoothly turns into a corporation of interests of Shuvalov and his inner circle. If this is true, then there can be no question of any development of the Russian economy through this institution.