The head of Primorye gave the green light to Sergey Slepchenko's Akvatekhnologiya, it seems, not for the first time lobbying his business interests. Was it for his son?

As The Moscow Post correspondent reports, the Governor of Primorye territory Oleg Kozhemyako apparently decided to help head of the Yedinaya Rossiya (United Russia) faction in the regional Parliament and simultaneously head of Akvatekhnologiya Sergey Slepchenko in the implementation of a major project to build the first fish market in the Far East. It was not announced how much money was supposed to be spent, but the head of Primorye at the Investment Council called on officials to try to implement it.

Kozhemyako has been very loyal to Slepchenko and his controlled business recently. But still large injections of investments and business projects go into the pocket of his own son. It seems that Oleg Kozhemyako is not afraid of even pressing a profitable business. He is kind to his family and friends!

So, the Governor of Primorsky Krai at the Investment Council  supported the idea of a project to create the first fish market in the Far East. This is a functional complex, which includes directly the market and catering enterprises. It will be located in the area of the bridge over the Golden Horn Bay of Vladivostok. At the same time, Kozhemyako draw attention of the Council to "interact productively" and in every possible way promote business in this project.

Previously, on the project's website, residents were asked to choose one of four unique designs. However, there is no indication of the timing or amount of investment in construction.

As Komsomolskaya pravda wrote, the project of the new market is a kind of "long-term construction". The concept has changed several times: it was even proposed to create something grand in the form of a stingray: the body of which is a three-storeyed market, and the tail - a pedestrian crossing to Svetlanskaya street. Then they couldn't sign a lease agreement for the site for a long time and resolved issues with the land.

According to the project's website, its initiator is Far Line DV LLC, which belongs to Head of the Yedinaya Rossiya faction in the Primorye Parliament Sergey Slepchenko. The main partner of the project is Akvatekhnologiya LLC, Slepchenko has been its founder and head since 2000.

The last announced enterprise is considered the largest in Primorye for the extraction, processing and sale of coastal bioresources. In addition, the company has several plots for growing mariculture. It is also known that Akvatekhnologiya has been actively increasing the quota package for the extraction of marine bioresources in recent years, not only in Primorye, but also on Sakhalin.

It is curious that Rusprofile has information about the reorganization of Akvatekhnologiya LLC. Financial indicators are also interesting: revenue – 703 million rubles, and profit of only 1.8 million rubles. Where did the money go?

No wonder that part of it ended up in someone's pocket. After all, this year Sergey Slepchenko was reputed to be the richest Deputy in Primorye with an income of more than 86.3 million rubles, RIA VladNews reported.

However Far Line DV LLC is still a dummy company: indeed, a zero company, as if created to divert the eyes - no profit, no revenue.

Though, it seems that Oleg Kozhemyako is confident in his actions and gives a global project to this company. And even asks for assistance. 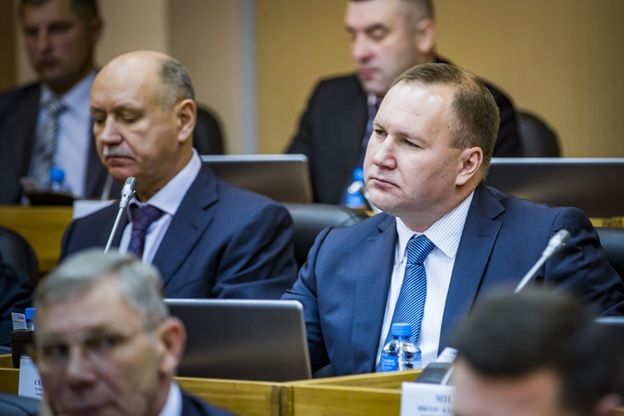 It is noteworthy that this is not the first loyalty effect.

At one time, one of the most scandalous laws on changing borders and eliminating specially protected natural territories was "pushed" in the Primorye territory by Akvatekhnologiya LLC. Hot disputes and protest actions of environmentalists and activists preceded the adoption of the law, as RIA VladNews reports.

And it began with the fact that the company of Slepchenko began looking at the Tavrichansky estuary. As the online magazine Rabkor wrote, allegedly the company could not master the quotas for catching Japanese Corbicula shells (Corbicula Japonica), which were just in abundance in the estuary, but there was a ban on fishing.

Having bypassed all environmentalists, Sergey Slepchenko managed to push the law having made public figures "silent", and Oleg Kozhemyako turned a blind eye concerning this.

Slepchenko grew his wealth even under former Governor Andrey Tarasenko. Under him, he became head of the Yedinaya Rossiya faction in the Legislative Assembly of Primorsky Krai. He increased his pockets so that he declared 1.28 billion rubles of income in 2017, as RBC wrote.

Apparently Slepchenko "became friends" with Oleg Kozhemyako as well. And Oleg Nikolaevich stands for his people.

This is clearly seen in his relationship with his son Nikita. Today, it is a successful businessman with a billion-dollar profit and a capital apartment for 300 million rubles.

Nikita Sergeyevich made a big profit from 25% of the Tymlatsky Fish Factory's stocks. The Moscow Post described how his business talents are revealed in the fishing Empire.

It also owns an alcohol company that produces products under "Nikita Kozhemyako" brand. He also organized a chain of pizzerias, cafés, restaurants and much more.

He also has an entire island in the Lazovsky nature reserve. There is a family recreation complex named Petrov's Bay, and very quickly these lands of the reserve, as if on a click, changed the status from "reserved lands" to "lands of settlements", as PASMI wrote.

Last year, Nikita Kozhemyako's company picked up an interesting project - the construction of a greenhouse complex for 3 billion rubles, of course with the good advice of the regional authorities. And to make this project more profitable, companies are giving away the entire volume of gas allocated to the whole district under the Federal gasification program. 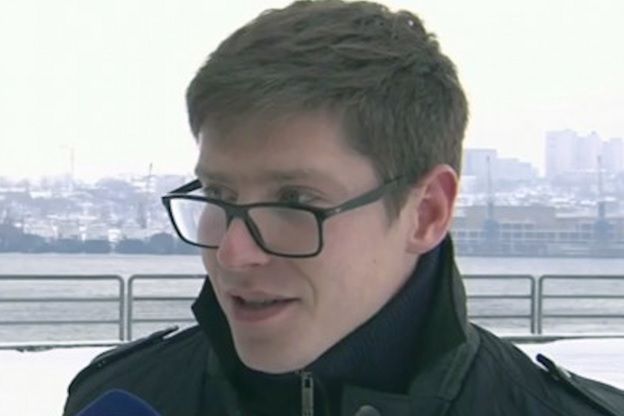 Nikita Kozhemyako is given business by business

Not so long ago, Nikita took another piece. He became the owner of a problematic agricultural holding in the Amur region named Amur Agro Holding, as Interfax reported. Did his family help?

After all, it seems that the problems for the original owner were created artificially. The main creditor is Trading House FILI LLC, controlled by Olga Kravchenko and Irina Gerasimenko (wife of Oleg Kozhemyako).

In July of this year, the trading house transferred the rights to claim the company's debts to the Russian Agricultural Bank and the NPO Fund for assistance in lending to small and medium-sized businesses of the Amur region, the KONKURENT.RU publication wrote. It looks pressed.