Hotel "at Sergey and God Semenovichs"

Construction will soon begin in the hotel complex on Varvarka. At one time, it went to Kievskaya Ploshchad GC after the sudden death of the former owner Denis Shumkov. His competitors have long dreamed of getting the site.

As the correspondent of The Moscow Post reports, the company with an ambiguous reputation Kievskaya Ploshchad GC, owned by God Nisanov and Zarakh Iliev have an agreement with Accor hotel operator on the management of a hotel complex on Varvarka street in Moscow. It is expected that by 2022 there will be the first five-star hotel in Russia under the Raffles Hotels & Resorts brand.

Previously, this hotel complex was owned by a well-known businessman Denis Shumkov. He had serious plans towards it, but in 2016 suddenly voluntarily passed away. Surprisingly, 86% of the Multifunctional complex Varvarka, 14, p. 1, 2 (MFC) instead of the heirs went to the Kievskaya Ploshchad GC. She bought out the stake, promising to invest $6 billion in the asset, but they probably only got their hands on it now.

There were rumours on the market about pressure on Shumkov's business, although law enforcement agencies did not find anything criminal in his death, especially access to some other entrepreneurs. Regardless, there were gossips, allegedly Shumkov was "helped", and law enforcement officers turned a blind eye to it.

In addition, Shumkov was a competitor for many development groups, including Kievskaya Ploshchad. He actively invested in major projects, including the reconstruction of buildings in Kitaygorodsky proezd. In 2014, ahead of many, he bought a complex of buildings at 14 Varvarka street, buildings 1 and 2, right next to the future Zaryadye Park - a Golden territory in the heart of the capital.

The sudden acquisition of the MFC by Kievskaya Ploshchad almost immediately after Shumkov's death raised many questions. Artem Dyumin, General Director of the Olympic sports complex, got another 13% of the MFC. He is the younger brother of the Governor of the Tula region Alexey Dyumin. Rumour has it that Shumkov's assets were simply "dragged" to the corners after his death. 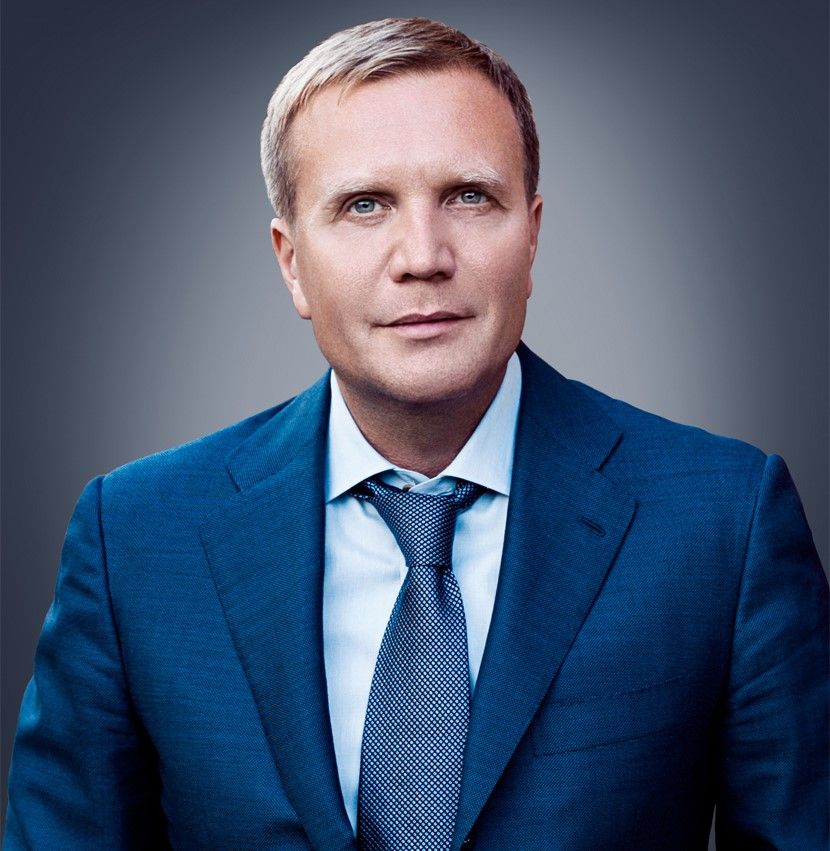 Could the machinations of competitors be the indirect cause of Denis Shumkov's death?

In this respect, the reputation of Nisanov and Iliev speaks for itself. They have long led the ratings of the "kings of Russian real estate", and at the same time are considered uncompromising businessmen. According to evil tongues, they allegedly owe a significant part of their success to their relations with major Moscow officials. First of all, Mayor Sergei Sobyanin, and in the past, with his "construction" Deputy Marat Khusnullin, who went to the Cabinet of Ministers for promotion.

There are many scandals connected with the Kievskaya Ploshchad and its main persons, in which the names of these two officials appear. In the network there is the video of The Facts YouTube channel, in which a well-known Russian developer Ilgar Hajiyev says that he has information that Sergey Semenovich receives 12% of all transactions and income that Nisanov has in the capital.

Ilgar Hajiyev, probably, knows what he is talking about. Moreover, in the past, he worked together with structures close to Nisanov. They had a project for the construction of the Pirogovskaya Riviera residential complex in the capital. However, the residential complex was never completed, and Hajiyev's SDI Group company, in his opinion, was captured by raiders from Nisanov's inner circle.

Hajiyev himself was forced to leave the country, fearing for his life. Now the developer of Riviera - Comfortinvest, is being bankrupted, while real estate investors are sitting without shelter and without means.

Returning to Sobyanin, it is said that it was Nisanov who could help Sergei Sobyanin, allegedly financing his election campaign for $25 million. Whether this is true or not, but in this case, rumours of a close friendship between Nisanov and Sobyanin would have received a serious basis of evidence, and success in the development market - a logical explanation.

Of course, the project to create a large five-star hotel could not be implemented without contact with the mayor's office and city services. The project was presented with great fanfare on the website of the Moscow City Hall, where it is said that it was developed taking into account recommendations from the Ministry of Culture and in close cooperation with the Department of Cultural Heritage of Moscow, which is accountable to Sobyanin.

How exactly could Sergey Semenovich be "motivated" for such close cooperation? In addition, it is not clear how large markets belonging to god Nisanov - Moscow, Sadovod, Food City and others-still function on the territory of Moscow under the current mayor. What is not attributed to these organizations: allegedly, there are fights, body kits, counterfeit goods, "cash" and the concentration of criminal elements.

Last year, there were law enforcement raids. Officially, the events were aimed at searching for wanted criminals, as well as at preventing various migration offenses.

Though Vedomosti publication has, apparently, a different version. They write that, among other things, the security forces could search the markets for cryptocurrency farms. In April 2018, the Director of the Department of Financial Monitoring and Currency Control of the Central Bank, Yuri Polupanov, stated that Sadovod, Moscow and Food City, owned by Nisanov, became pioneers and leaders of the cryptocurrency market.

Allegedly, they buy cryptocurrency for most of the revenue. Polupanov estimated the maximum crypto turnover at 600 billion rubles per month. How this relates to the tax legislation, where and what this money goes is not clear at all. But it is clear that this 600 billion rubles a month is the budget of an average Russian city. However, Nisanov and his markets have not been touched since - apparently, they did not give the command.

Rumour has it that in addition to possible proximity to the Moscow authorities, God Nisanov may be friendly with the top leadership of the Russian MIA. The ground for such rumours was given by the joint restaurant business of his relative with the son of Interior Minister Vladimir Kolokoltsev, Alexander.

The latter has very broad interests, not only in the restaurant business, but also in construction. He owns 33.4% in IL Forno LLC, which develops a chain of Italian restaurants in Russia. According to the registration data, Kolokoltsev Jr.'s partners in Il Forno are the General Director of Il Forno, as well as some other Kolobov’s companies, Sergey Serenkov (44.4%) and Oleg Yusupov (22.2%).

Yusupov is a countryman and distant relative of God Nisanov. He is also a co-owner of a number of companies associated with the Kievskaya Ploshchad GC. Vedomosti writes about this.

If a person close to Nisanov has a joint business with the son of the Interior Minister, it is not surprising why no one bothered to check the rumours about what is actually happening in his markets. In addition, if there was nothing suspicious about the death of Denis Shumkov, then even if there was, it is unlikely that the police would have shown much speed in investigating the case.

The restaurant business of Yusupov and Kolokoltsev may be good for a new five-star hotel. There are supposed to be five restaurants at once, one of which could well be Il Forno. Can Shumkov's sad passing suddenly turn into a chic and incredibly expensive venue in the very centre of the capital for Il Forno?

Such connections of people close to Nisanov to the family of the Interior Minister could explain many other points. For example, why did the already mentioned Ilgar Hajiyev, being out of business, constantly write to all possible instances, demanding protection and a fair investigation about the Pirogovskaya Riviera, but did not find understanding from the capital's Central Board? 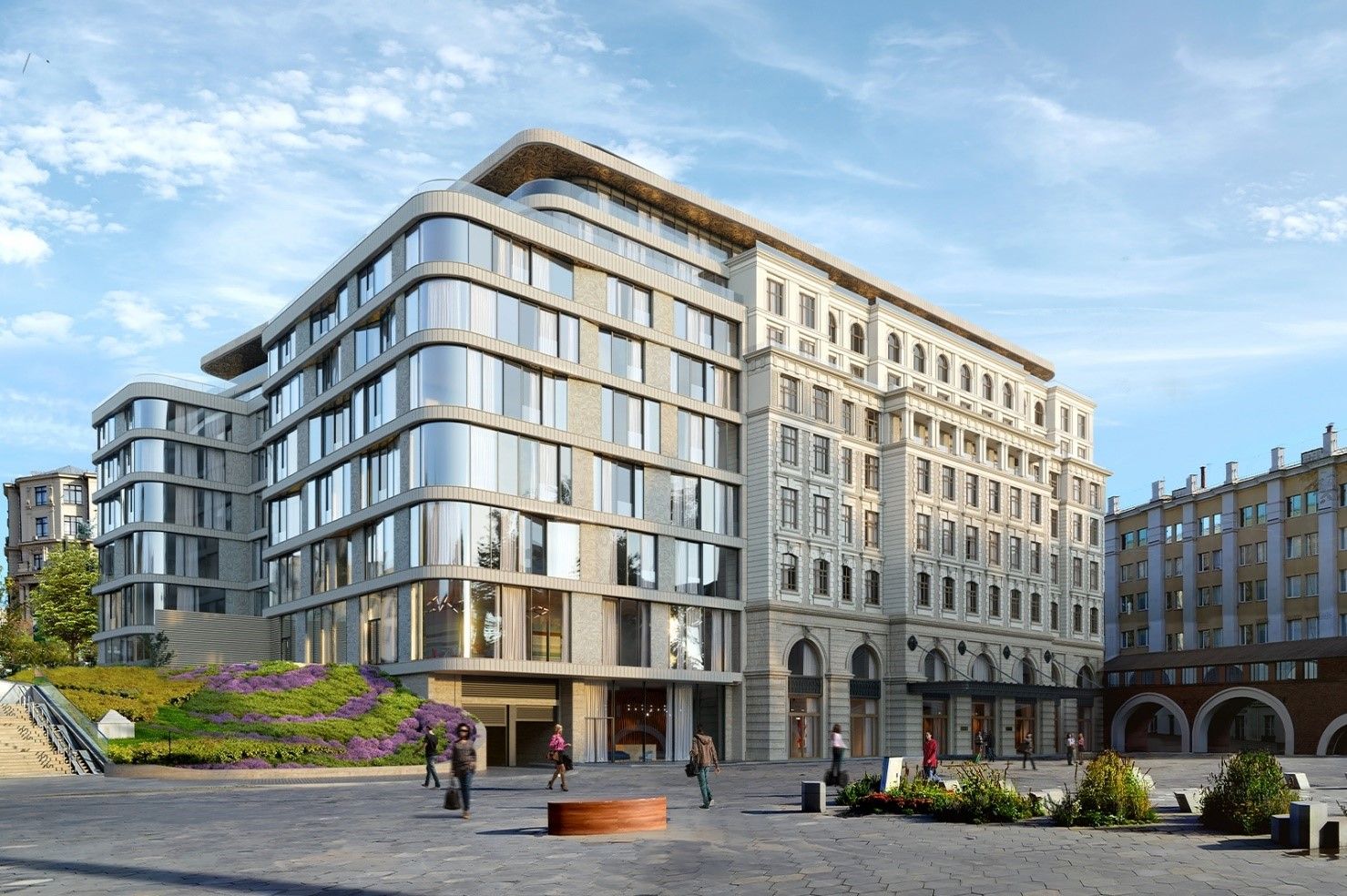 At what price did God Nisanov and Zarakh Iliev get another luxury project in the centre of the capital?

Meanwhile, according to sources of the Moscow Post, the question of the future of God Nisanov’s business and his personal life is now being decided at the very top, based on the information that the security forces provided to the first persons of the state.