Holding for Khasis: who will "feed" from non-core assets of Sberbank?

The transfer of Lev Khasis to a new holding may be an attempt to withdraw profitable assets from under the bank, and at the same time evade responsibility for a series of failures.

According to the correspondent of The Moscow Post, Sberbank, managed by German Gref, announced plans to divide the ecosystem business into two parts: for business, and for customers, and the so-called e-commerce ("e-commerce") - to separate into a separate holding, which will be headed by Lev Khasis - the right hand of German Gref, deputy chairman of the board of Sberbank.

Actually, Lev Khasis will leave the post of deputy chairman (as well as the board of Sber) - supposedly in order to concentrate on increasing the profit of the new holding. There, we recall, the bank's investments will include SberMarket, SberMegaMarket, SberLogistics, Sber Eaptek and SMM Retail, as well as a stake in the joint holding with VK O2O.

It will be possible to send non-core assets to the new holding. Non-core, but pretty pumped by state funds. Given that the holding will be a separate structure, it will become more difficult to control it directly to the board of Sber.

Obviously, with his transition to the new holding, Lev Khasis kills several hares.

Firstly, he receives control of the holding, the total revenue of which in 2021 could reach about 200 billion rubles. In the near future, this figure is planned to be increased to 500 billion rubles - presumably, due to new acquisitions and budget injections. 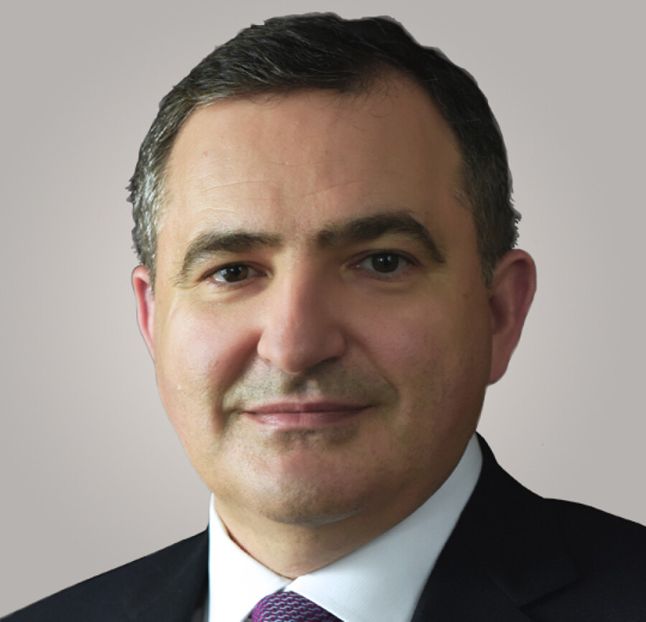 At Gref Lev Hasis was improved to holding with revenue of 200 billion rubles. And what about losses from his investment activity? Photo: sberbank.com

Secondly, today Lev Hasis is nearly the most scandalous character of the top management of Sberbank. He gives reasons "to beat" regularly all board, and not just as it is considered, according to German Gref. An exit from board will help Hasis to run away from criticism fire for the whole series of failure projects and inefficient investments. Or perhaps will take away from him and more serious trouble - with corruption and criminal "musty smell".

In an award for service

Strategy according to which the new holding of Sberbank has to reach revenue in 500 billion rubles following the results of 2022 is presented in the Development strategy of the organization till 2023. All this subject and was supervised earlier by mister Hasis. What failures about which we mentioned above are?

First of all, it is possible to assign a failure of attempts of Sberbank to become the major shareholder of Ozon in 2020 to Lev Hasis. The structure inadequately estimated asset cost at 1.4 billion rubles, besides, managers of Sber insisted on rebranding of the retailer.

The following failure - Sberbank and one of the largest companies of the world - Chinese Alibaba didn't become partners in the market of electronic commerce. The situation reminded a swan, cancer and a pike from the fable by Krylov: Sberbank insisted on creation of the joint venture which could trade outside Russia (here appetites!) whereas the Chinese entrepreneurs aimed absolutely at another - localization in the Russian Federation. Of course, for the same Hasis and Gref the option of the joint venture would be much more favorable. Through separate structure and money it is easier to drive.

One more failure - "divorce" of Sberbank and the VK group which took place in November, 2021. Sberbank was disappointed in stocks of the company and sold the share to Gazmprombank for 12.8 billion rubles. I remained in small plus (I bought for 11.3 billion rubles). But taking into account inflation and an exchange difference no plus, most likely, turned out and if it also was - not clearly in whose pocket this difference as a result settled.

Besides, Hasis initially supervised all this story. It turns out that the failure of cooperation and investments in VK is and his failure too. In general for incomplete 2021 Sberbank under the leadership of Gref and Hasis sustained losses from ecosystems with which the e-commerce subject, almost for 20 billion rubles is closely connected. "Version" writes about it.

Generally, fire for it. But, probably, not in German Gref's team. That decided what came is a high time to give to Hasis in management the whole holding with revenue under 200 billion rubles.

But what, if right hand of Gref - the main risk for new structure?.

Risk new inventions huge, it is connected, strangely enough, with continuation of sanctions pressure upon the Russian Federation, her officials and banks. But matter not only in it.

Few months ago in network there is a rumor that allegedly Lev Hasis long time was in the black list of Sberbank as the speculator. In particular, as approved Rosbalt (it is entered in the register by media foreign agents in the territory of Russia), "the question of continuation of activity of the first deputy chairman of board of bank Lev Hasis" allegedly could even be raised. However, soon the majority of similar messages disappeared from network, so nobody confirmed their truthfulness.

Later there were other rumors: allegedly Sberbank at the suggestion of Gref organized a campaign for cleaning of negative information on itself in network. Could allocate about 58 million rubles for it. The sum considerable – probably therefore soon messages about similar expenditure also somewhere completely evaporated from open access. But if to assume that it is the truth - whether the head of Sberbank so worries about the colleague?

It is unlikely only for him. Together with Hasis Gref himself also I got to large offshore scandal. There was it after the publication of sensational "Pandora's file" - the list of documents of large western registrars of the offshore companies.

So, in network, documents from which it is possible to draw a conclusion on strange behavior of Lev Hasis walk. In these documents a certain ex-owner of the Tehnosila and Dauria Aerospace companies Mikhail Kokorich seeks asylum in the USA. It turned out that Kokorich acted as one of founders and the CEO of multi-billion business in the States - the Momentus groups. It was the "space" startup where it is possible to get any technological assets. As follows from the document, Kokorich owns it together with Olga Hasis-Finkelstein-Bespechnoy. Lev Hasis's spouse is called Olga Hasis, and as if her maiden name - Careless. 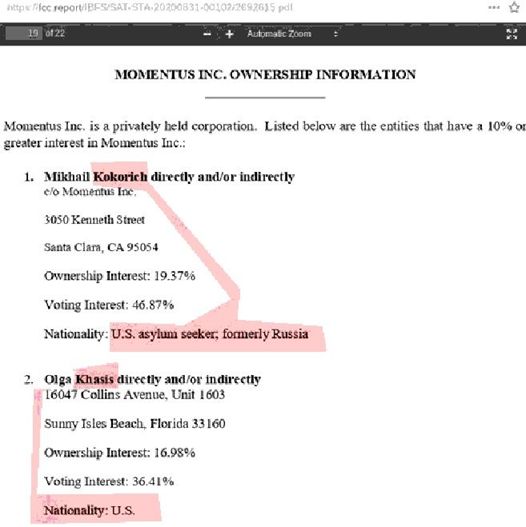 It can be assumed that the wife of the vice president of Sberbank owns a large, multi-billion dollar business in the United States, and her partner asks for asylum in this country. Somehow he does not really get involved with statesmen Hermann Gref and Leo Khasis. Or are they statesmen only as long as they occupy state (and very bread) posts?..

It also indicates that Olga Khasis allegedly has American citizenship. The former US Deputy Secretary of Defense, as well as the former head of the Pentagon's space development agency, John Rod, may be related to the company itself (here is his biography on the Momentus group website). But could both Olga Khasis and her husband Lev meet with them to discuss certain issues?..

Returning to Gref: he also became a defendant in an offshore scandal. According to the results of the publication of the Pandora dossier, it became known that allegedly, about $50 million was found in accounts that may be related to Gref in Singapore and Samoa. About this writes Ura.ru. It is unlikely that he could earn such money in his entire career.

According to documents, back in 2011, Herman Gref established the Angelus Trust in Singapore to manage family assets for more than $55 million. The trust was subsequently liquidated. But before that, Gref decided to make the manager and beneficiary of the Angelus Trust a nephew living in Switzerland - 24-year-old Oscar Gref.

Leo Khasis is trying to imagine Herman Gref as a "wallet." It is possible that part of Gref's possible assets could be placed just in the Momentus group, which they are trying to connect with Khasis and his wife.

It is rumored that Leo Khasis himself may have citizenship or a residence permit in the United States. Therefore, it is extremely important for him to be able to fly to this country - so it would be possible to protect his own assets.

So maybe, therefore, it is now extremely important for him to leave the board of Sberbank so as not to fall under the rink of new Western sanctions in connection with the recognition of the LPR and the DPR and the Ukrainian crisis?..

Moving to the chair of the head of the new holding, in this way he will hold huge investments, take himself out of the blow, make life easier for the chief and remove a number of sanctions risks.

The question is different: what are the benefits of this holding, in fact, to the state (which, recall, in the person of the government and the Ministry of Finance owns the 50 + 1 share of Sberbank)?..

The manager of dubious effectiveness, who may have a foreign passport, is now not in sight of the board of Sberbank. Will the life of Russians get better from this? Hardly. But Gref and Khasis probably already counted everything, including profits in the form of dividends for "successful" investment activities.

Photo on the home page: https://www.rbc.ru/