Is Mikhail Gutseriev going to transfer all his business to Belorussia because of debts and possible criminal prosecution in Russia?

As it became known to the correspondent of The Moscow Post,  Beristore Holdings Limited, owned by Said Gutseriev, the son of  odious oligarch Mikhail Gutseriev, acquired Belorussian "Paritetbank".

The amount of the transaction and the share that turned out to be Said's were not disclosed. However, previously, the financial institution was almost 100% owned by the Belorussian state. Thus, the Gutseriev family is becoming more and more integrated into the Belorussian economy.

According to our sources, it is likely that due to large-scale problems, debts and scandalous reputation of the Gutserievs in Russia, they are going to transfer the bulk of their assets to the fraternal republic. Perhaps, we should add to this possible threat of criminal prosecution.

Oligarch Gutseriev has enough interests in Belorussia. Said Gutseriev is a co-owner of the crypto trading platform Currency.com and a number of IT startups. But this is only the beginning.

Other facts became known at the beginning of this year, when in January, due to the crisis in the negotiations between Russia and Belorussia, oil exports to the fraternal republic were suspended. The reason was the lack of contracts between Russian suppliers and the operator of Belorussian refinery Belneftekhim.

In a situation when the Russian state suffered serious losses and tried to negotiate mutually beneficial terms of the contract with the Belorussian side, Mikhail Gutseriev and his companies RussNeft and Neftisa came to help "Batka" (Lukashenko's nickname).

The work was carried out through several refineries at the same time - through Mazyr and Novopolotsk. Gutseriev's structures were able to provide about half of all the needs of Belorussia, as Kommersant wrote. 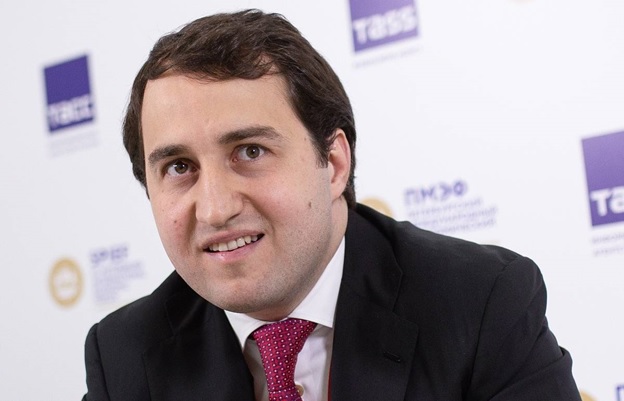 Meanwhile, it is difficult to understand how and where the money received by RussNeft and Neftisa from Belorussians goes.

The ownership structure of RussNeft is generally incomprehensible. Six out of seven formal founders, have been liquidated, and it is not clear how or who formally owns it. Most likely it is owned by offshore. The position of subsidiaries of RussNeft which look like fictitious organizations is not clear as well.

In particular, LLC Trading House RussNeft, through which the group's oil products must be traded, has losses and zero revenue at the company's minus value of 105 million rubles.

It is also interesting that on March 10, Fitch agency lowered the rating of RussNeft by two steps from B to CCC+ (pre-default) due to liquidity deterioration and weak corporate governance. RBC wrote about this.

Analysts are concerned about low oil prices and the company's loan guarantees. Is the Gutserievs' oil empire coming to an end? Did Belorussia know about this, or did Gutseriev choose not to emphasize this fact when trying to get the contract?

Is also unclear where and how the money of the company Neftisa goes. Company is registered in Cyprus offshore company Dolmer Enterprises Limited. It is likely that neither Russia nor Belorussia will receive taxes from the sale of oil to the Belorussian side. 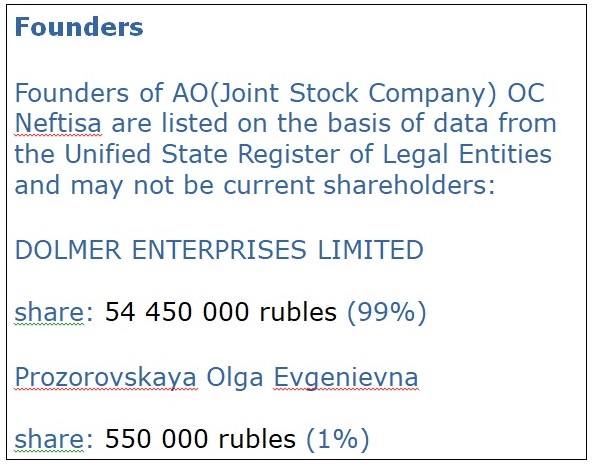 Of course, there is nothing wrong with doing business in Belorussia. But this was about the state interests of Russia. A number of experts believe that the support given to Lukashenko by Gutseriev in time could significantly weaken the negotiating position of our country.

This means that now, when Russia and Belorussia have already agreed to supply oil at the price of export parity plus $5 per barrel, the circumstances for Russian state companies and the budget could be much better. Has Gutseriev "framed" our "oil industry"?

At the same time, since 2016, Gutseriev's Safmar Group continues to implement the project of LLC Slavkaliy in Belorussia. More specifically - it is the construction of the Nezhinsky GOK (mining and processing plant) on the basis of the Starobinsky field. Its output at full capacity (1.8 million tons of potassium chloride per year) is planned for 2021. The investment amount is 1.8 billion rubles.

However, the Belorussian side may not be completely satisfied with how and under whose wing this project will be implemented. Most likely, the deplorable financial situation of Gutseriev was the reason of this.

In 2018, at the height of the project, it turned out that the Bank of "bad" assets Trust appeared to be the owner of almost 25% of the stocks of Cyprus GCM Global Energy Slavkali. RBC wrote about this. This offshore previously owned 99.9% of Slavkaliy. Thus, Gutseriev could have framed Lukashenko as well.

It is likely that he collaborated with Gutseriev on Slavkaliy with the expectation that the project will not have the participation of the Russian state. And this means that there will not be business levers that "squeeze" manoeuvre space for Belorussians in the negotiations with Russia.

There is no certain information about what inspired the structure of Gutseriev to give a quarter of Slavkaliy to the state bank Trust. However, there is no doubt that this was a forced step due to the debts of Safmar and other structures. So, it seems that complete independence of Slavkaliy from the Russian state had to be given up.

The debts are still there

Today, according to various estimates, Gutseriev's structures owe about 1 trillion rubles, or about $15 billion. The amount is simply huge. How and where did he manage to take so much?

And, the main question is, how did the oligarch manage to buy Paritetbank with such debts? Did he find the money to buy it, but not to distribute the debts?

Gutseriev owes 325 billion rubles to Sberbank alone. Another 10 billion is owed to small credit organizations, and VTB is waiting for another 77 billion of its money to be returned. To say nothing about that many of Gutseriev's companies are currently operating at a loss.

Subsidiaries of one of the main assets of the Gutserievs, RussNeft, operate without profit. However, they could improve the situation after the start of oil supplies to Belorussia.

The Gutseriev empire has long been falling apart at the seams. The biggest failure of recent years was the collapse of Gutseriev's Binbank. The institution burst with a hole of 300 billion rubles. And this is only according to official data. According to unofficial information, it could reach 700 billion rubles. Also huge amount!

The fall of Binbank was probably brought closer by the loud scandal with the "Russian laundromat". Allegedly, Binbank and Gutseriev with Shishkhanov could be related to the work of the Moldovian "laundry". About 22 billion rubles passed through it, among which could quite possibly be the money of Binbank's depositors.

It was after the collapse of Binbank that Gutseriev and Shishkhanov began going to high offices, begging for debt restructuring.

At the same time, back in March 2019, a representative of Trust stated in court that shortly before the sanation of Binbank under the guise of increasing the authorized capital of Rost Investment, more than 205 billion rubles was withdrawn from Gutseriev's Rost Bank (was on the sanation of Binbank). RBC wrote about this.

Allegedly, the company used the money received from Rost Bank to purchase securities of offshore Cypriot companies, the ultimate beneficiaries of which were Mikail Shishkhanov, Said Gutseriev and Sait-Salam Gutseriev.

If this is true, then it turns out that the money went not to the financial recovery of the credit organization, but to the offshore accounts of the Gutserievs, didn't it? However, Trust could not prove this - perhaps Gutseriev's connections in power structures played their role.

Perhaps the same connections helped Mikhail and Said Gutserievs not to become accused in the case of oil smuggling, leaving them with the status of witnesses. According to one version, it was the threat of criminal prosecution that could prompt the Gutserievs to urgently create a bridgehead in Belorussia.

The case of fuel smuggling from the Orsk refinery, which is part of the ForteInvest group of companies (owned by the Gutserievs), was initiated in November 2019. In December, there were reports of searches at Gutseriev's company offices and at his home. RBC wrote about this.

According to investigators, diesel from the Orsk refinery was supposed to go to Turkey, but ended up in Ukraine. At the same time, since 2015, fuel deliveries to the Ukrainian market are possible only with a special permit.

Meanwhile, ForteInvest also raises questions. Firstly, it is registered offshore. And secondly, its financial indicators can be "useless scrap of paper". 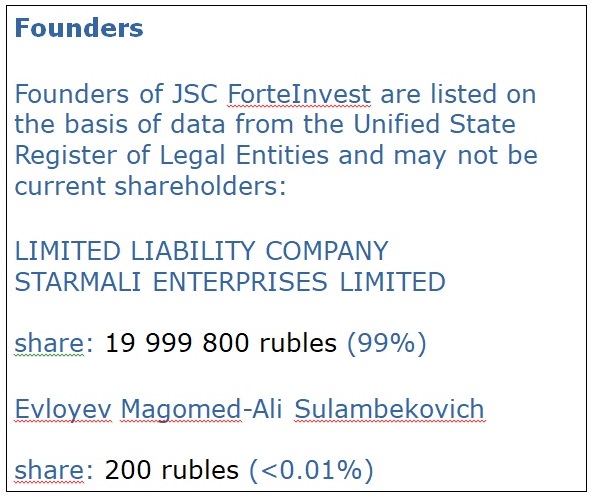 While Gutseriev is preparing a bridgehead in the fraternal republic, he continues to twist in the wind in Russia. It's not just his requests to restructure his debts, but also his intention to do business at all costs during the pandemic.

Recently it became known that the companies Eldorado and M.Video, owned by the Gutseriev family, will deliver electronics to the Pyaterochka shops to be picked up by customers there. What can be done to stay afloat with billions of dollars in debt?

But will Belorussia need Gutseriev if the situation in his companies deteriorates further, and will Lukashenko protect him in case of criminal prosecution in Russia? In any case, taking into account Gutseriev's reputation, it is better for him to prepare a few more "bridgeheads".