To recognize the presence of problems is not yet solved, or as the heads of subjects, instead of real work, dust into the eyes of the country's leadership and their own voters.

An extremely remarkable conversation took place the day before - Acting Governor of the Kirov Region Alexander Sokolov, appointed after the next spring "gubernatorial parade" instead of Igor Vasiliev a few months ago, reported on his work to Russian President Vladimir Putin.

Not much time has passed since the beginning of Sokolov's work, and he did not have time to lose the advances issued to him by the federal center. Putin made it clear that he supports the initiatives of the interim for the development of the region, but in the same conversation a whole range of problems was opened, which the current head of the Kirov region has not yet been able to solve, or cannot at all.

Among other things, the question arose that governors often embellish reality in reports to the country's leadership. Let's add on our own: not to mention ordinary people whom some of our heads of subjects almost "zombie," pumping hundreds of millions of budget rubles into their own PR, "inflating" even minor successes, and hushing up unresolved problems.

As a result of the conversation with President Sokolov, it was too early to rejoice. About why, what pitfalls Sokolov's leadership has, and how some other governors look against this background - in the material of The Moscow Post correspondent in the Kirov region.

In Kirov "everything is calm"?

First of all, Mr. Sokolov, of course, told the President about the successes achieved - even in such a meek time. However, this can only be called success conditionally.

According to the acting head of the region, he is ready to solve problems together with colleagues, and allegedly already has achievements in the field of industrial production and agriculture. Like, the milk production region came in fifth place in Russia, and this is not the limit. And what does Mr. Sokolov, who is in office "without a year for a week," have to do with this?

At the same time, the official admitted that half of the rural areas of the Kirov region remain undasified, the outflow of the working-age population continues, the region is lacking social and transport infrastructure.

That is, he did not hush up the problems. But there is only one idea here - he also allegedly does not bear responsibility for them, but he very much counts on supporting the federal center (primarily the financial one).

And it may seem that these are all acute problems. But Sokolova was immediately corrected by Putin. He pointed to a number of difficulties that the interim for some reason forgot to mention.

"These, of course, are not least mono-profile municipalities, the so-called single-industry towns. There are only 11 of them in the region, and four of them are in such a situation that requires them to be dealt with on an ongoing basis, "the head of state said. His words are quoted by Ura.ru. 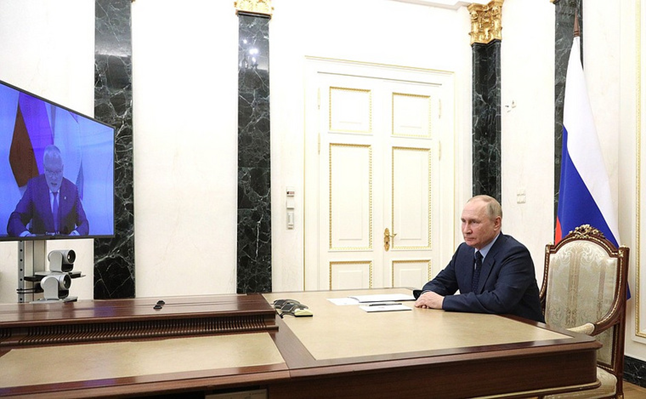 In addition, the problem of resettlement of dilapidated and emergency housing is extremely acute. And, perhaps, the most important of the President's message to Sokolov: "You don't need to shove anything somewhere under the carpet, varnish nothing, you need to deal with the most acute problems. I ask you to pay attention to this. "

Under the wing of Kiriyenko

Of course, this message is to all the heads of the regions, and not just to Sokolov. And we will talk about it. But first, we recall that the current acting governor of the Kirov region, Sokolov, is considered the person of the former head of Rosatom, and now the deputy head of the Presidential Administration Sergei Kiriyenko.

And here, as they say, a dog may be buried.

Sokolov made his career in the neighboring Kirov Kostroma region, and since 2017 he worked in the Presidential Administration as head of the department for monitoring and analyzing social processes of the Department for Ensuring the Activities of the State Council.

This department is headed by Alexander Kharichev. According to the Telegram channel "The Grashchenkov", allegedly this is the closest employee of the Presidential Administration to Sergei Kiriyenko. That is, with a high degree of probability - it was the deputy head of the AP Kiriyenko who could lobby for Sokolov's appointment.

Rumors that Kiriyenko may now remain the actual head of Rosatom were not heard only by the lazy.

And here is the seed why Kiriyenko could lobby Sokolov: Several years ago, the state corporation announced its desire to master the industrial sites of the former chemical arsenal in Maradykovo, Kirov region. And not so long ago, in November 2021, Rosatom presented a new waste management system for grades 1 and 2 in Kirov.

Simply put, Sokolov could be staged in order to promote the development of Rosatom projects in the Kirov region. And what then real development and solution to the problems of the inhabitants of the region can we talk about? The second point: given Sokolov's position in the AP, he is a theorist and ideologist, but not a practitioner - he has little experience in real public administration (he previously received one in the Kostroma region).

However, what real priorities Sokolov has, what results he can achieve - only time will tell.

No matter what doubts the residents of the Kirov region have in relation to Alexander Sokolov, unlike others, the "wounded" mastodons of the domestic governor's corps, he has not yet managed to discredit himself.

Some heads of regions, sitting in their places for almost decades, instead of solving real problems, are engaged in self-promotion at a budgetary expense. And this is part of the hidden message that Putin sent to the heads of the regions in a conversation with the acting head of the Kirov region.

By the way, the President condemned the spending of governors on PR back in 2015. Apparently, not everyone understood him.

Just yesterday, The Moscow Post spoke about the tariff bacchanalia in the Tyumen region, led by Governor Alexander Moor.

And just Mr. Moor earlier, also at a meeting with the President, was caught "blowing dust into the eyes." In December 2020, he told the Head of State that, they say, the real salary of teachers in the region increased and amounted to 101% compared to last year. And he was immediately "corrected" by Putin, who, as you know, has a colossal memory for numbers.

It turned out that in fact everything is different: teachers' incomes did not grow, but decreased. And it was necessary to see the eyes of Mr. Moor when the President voiced the available information.

Another thing is noteworthy: for the previous reporting 2019 year before the meeting, the administration of Mr. Moor managed to spend over 430 million rubles from the budget to support loyal media. Of course, these media "licked" Moor and his team officials. Apparently, there is nowhere else to spend the funds. The newspaper "Versiya" wrote about the situation.

Moreover, many entrepreneurs who took part in the governor's PR project are allegedly associated with Moor's chief PR officer Pavel Belyavsky. The effectiveness of such projects is doubtful. For example, they spent as much as 68 million rubles on the Cooperation project, and 12 million rubles on I Trust.

In this case, let Mr. Moor take an example from the authorities of the Yamalo-Nenets Autonomous Okrug, which recently have been reducing spending on PR.

If we are talking about spending, then we cannot mention spending on supporting our own device. As an example, we will cite the governors of the Perm Territory Dmitry Makhonin and the Sverdlovsk Region Yevgeny Kuyvashev, who distinguished themselves at the end of 2021. The Makhonin administration in January-September 2021 spent as much as 423 million rubles for these needs, and Kuyvashev - 347 million rubles. Writes about this Ura.ru.

But who is, perhaps, the record holder for blowing dust into the eyes of his own voters through PR, is the Governor of the Moscow Region Andrei Vorobyov.

More recently, The Moscow Post examined the catastrophic situation with the formation of illegal landfills in the Moscow region in the six months of 2022. For some reason, the progubernatorial media prefer to be silent about this topic.

In contrast to this (and with the heap of other problems of the Moscow region, the main of which is almost endemic corruption), the spending of the Vorobyov administration on its own PR is simply amazing.

According to the authors of the Altgazet website, spending on maintaining official accounts of the Moscow Region government, monitoring the mentions of Governor Andrei Vorobyov and PR of his activities in 2021 allegedly spent 3 billion 456 million rubles from the Moscow Region budget. 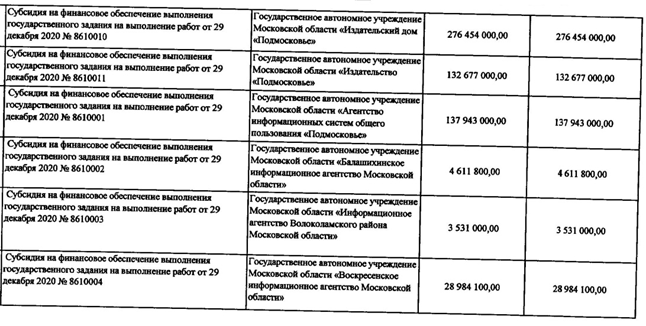 A good half of this amount went to the joint-stock company "TV Channel 360" - 1 billion 440 million rubles, of which, for example, 39 million for promoting health care and the brand of motherhood and childhood centers in the Moscow region.

The publishing house "Moscow Region" got 358 million rubles, of which 76 million were allocated for special numbers on topical issues of social and economic development of the programs "Governor's Strategy" and "Our Moscow Region." You can continue for a long time.

Let's repeat - this is when residents of the Moscow region suffocate from the gloom from landfills, in many areas there are serious infrastructure problems. Where else to put 3.5 billion rubles?

And judging by the latest public speeches of the heads of the federal center, this situation begins to get them, as they say. How quickly will it reach boiling point?

Or does this require some kind of unrest among the population, so that the heads of the subjects begin to really work for the benefit of people, and not sing beautifully about it in the fed-in media, throwing dust into the eyes of the country's leadership?