It seems that the Cabinet of Ministers of Mishustin continues to prepare for the unification of the Pension Fund of the Russian Federation and Social Insurance Fund, and then the Mandatory Health Insurance Fund in one structure. And if the bet is made on the team of Olga Golodets, can it cost the Head of Government much?

As The Moscow Post correspondent reports, the Russian Government under the leadership of Mikhail Mishustin continues to prepare the process of combining three key state funds of the Russian Federation: the Pension Fund, the Social Insurance Fund and the Mandatory Health Insurance Fund.

So far, this has not been officially announced, but the day before it became known that the process of reorganizing the structures and functions of two of these three extra-budgetary funds - the PFRF and the SIF - has been launched. And it also became clear who in reality is behind these processes, and therefore should be the main beneficiary of the association. We are talking about the former Deputy Prime Minister, and now Deputy Chairman of Sberbank Olga Golodets and the Head of the Ministry of Finance Anton Siluanov. It was their structures that were initially supposed to prepare the entire regulatory framework for the association. Now this process can be continued by the Golodets people who remain in the Government Office.

Experts call the unification of the three structures into one to be one of the main tasks of Prime Minister Mishustin. The new triune "monster" of the PFRF, the SIF and the MHIF will have at its disposal such financial and administrative resources that the one who controls it will significantly strengthen its position in the struggle for the future chair of the President. And the fact that Mishustin has such ambitions has been discussed for a long time.

It is much easier to control one structure than three at once. And one person at its head, too. Already today, experts are calling the one who will have to lead this megastructure. Most likely, this is Andrey Kigim, who was recently appointed by Mishustin to the post of Head of the PFRF.

Andrey Kigim is not a man without skeletons in the closet, but a professional and absolutely loyal official to Mishustin. At the same time, he is considered a person of Olga Golodets, as is the former Minister of Labor Maxim Topilin. It was Topilin who took the place of the head of the PFRF after the departure of the scandalous Anton Drozdov. And it was Topilin who had to conduct an audit of the organization, identify weaknesses, and prepare the ground for further unification processes.

There is another opinion. Shortly before that Olga Golodets and Anton Siluanov allegedly entered into a tough struggle with each other for the favour of Prime Minister Mikhail Mishustin. And, as a result, their role in the future power situation.

According to this version, Maxim Topilin was allegedly not a passing, technical candidate at all, but was actually lobbied for a long time by Olga Golodets in order to balance the capabilities of Anton Siluanov. However, for some reason, Topilin did not get used to the new role.

As the authors of the Nezygar telegram channel report, there were allegedly claims against him, including leaks related to pension reform. It is rumoured that he failed to optimize the work of the fund, to prepare an objective analysis related to the payment of pensions to working citizens.

Another point is the person who heads the Mandatory Health Insurance Fund, Elena Chernyakova. She was appointed in March 2020, shortly after the formation of the new Cabinet, and is considered Siluanov's man. Before joining MHIF, she headed a department in the Ministry of Finance.

However, Mishustin himself worked with her for a long time through the FMS. So the appointment of Kigim, a conditionally a person of the team of Golodets, could thus balance the positions of both officials in the  struggle for influence on the future megastructure. 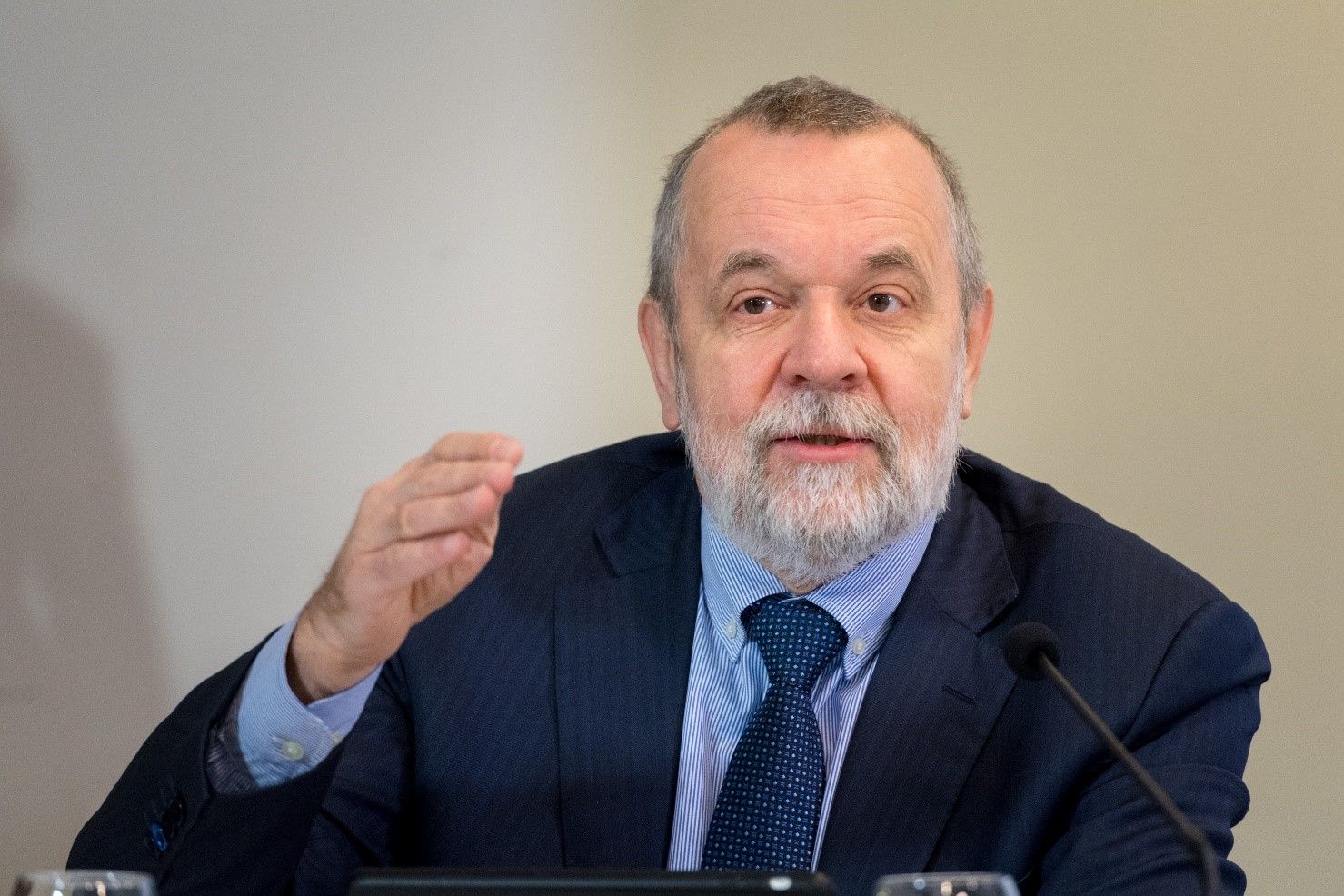 New head of the PFRF Andrey Kigim should "balance" the influence of Anton Siluanov after the "failure" of Topilin?

In this sense, Mishustin resembles President Vladimir Putin, who does not allow the strengthening of any of the blocs, forcing them to compete with each other, showing the greatest efficiency, and proving their worth in solving the tasks facing the country.

Another important point about Siluanov is that his detractors are trying to put him in the "block" of Sergei Sobyanin, who may also be no stranger to presidential ambitions. Based on the logic of a possible confrontation, Siluanov should be moved away from the ongoing processes as much as possible in the future.

He was one of the few who "flowed" from the Medvedev Government to the Mishustin Cabinet. Most likely, this is a compromise figure, as is the head of the Ministry of Economic Development Maxim Reshetnikov. But there are no eternal compromises - sooner or later Mishustin will have to show his cards.

According to Tsargrad, rumours continue to circulate on the sidelines about the imminent possible resignation of the head of the Ministry of Finance Anton Siluanov. And wasn't this one of the reasons why Chernyakova moved from the SIF in order to be under Mishustin's "wing"?

And if we regard the appointment of Andrei Kigim as the head of the PFRF in this logic, then the "offensive" on the "flank" of Sobyanin is in full swing. Recently, the speaker of the State Duma Vyacheslav Volodin sharply criticized Maxim Reshetnikov, who spoke from the rostrum of the parliament. And, it would seem, the reason is trivial: speaking in Parliament, Reshetnikov allowed himself to call it a platform. But Vyacheslav Volodin is an experienced politician, he does nothing for nothing.

"Optimizer" in a skirt

Summing up the interim result, apparently, Olga Golodets not only did not lose her positions after the change of Government and the move to Sberbank, but even strengthened them. Today, she is expected to replace the head of Sberbank, German Gref, and the main budget flows of the future megastructure will have to be in her hands. It is no secret that most state employees receive pensions and other insurance payments on Sberbank cards.

However, if Golodets and her former team continue to oversee the topic of unification, Mishustin has something to worry about. Recall that it was Golodets who was responsible for the implementation of the May Presidential Decrees on salary growth. As a result, by 2018, only in 16 of the 85 Russian regions, the salary of doctors, teachers, researchers and other May categories reached the target level. This was not officially written about, but, according to rumours, it was for this failure that she lost control of the social block.

During Olga Golodets' tenure as Deputy Prime Minister, there were rumours on the sidelines that she could lobby her people for a variety of positions. Among those named were the then Minister of Education and Science Dmitry Livanov, as well as the Minister of Health Veronika Skvortsova. Officials who were constantly engaged in cutting spending on education and health care, and Skvortsova, in addition, is also the author of the infamous "optimization".

According to a number of experts, this was an attempt to banal liquidation of scientific institutions and legalize the seizure of their property. She later confirmed that she was fully responsible for this reform. This was reported by the Regnum publication. 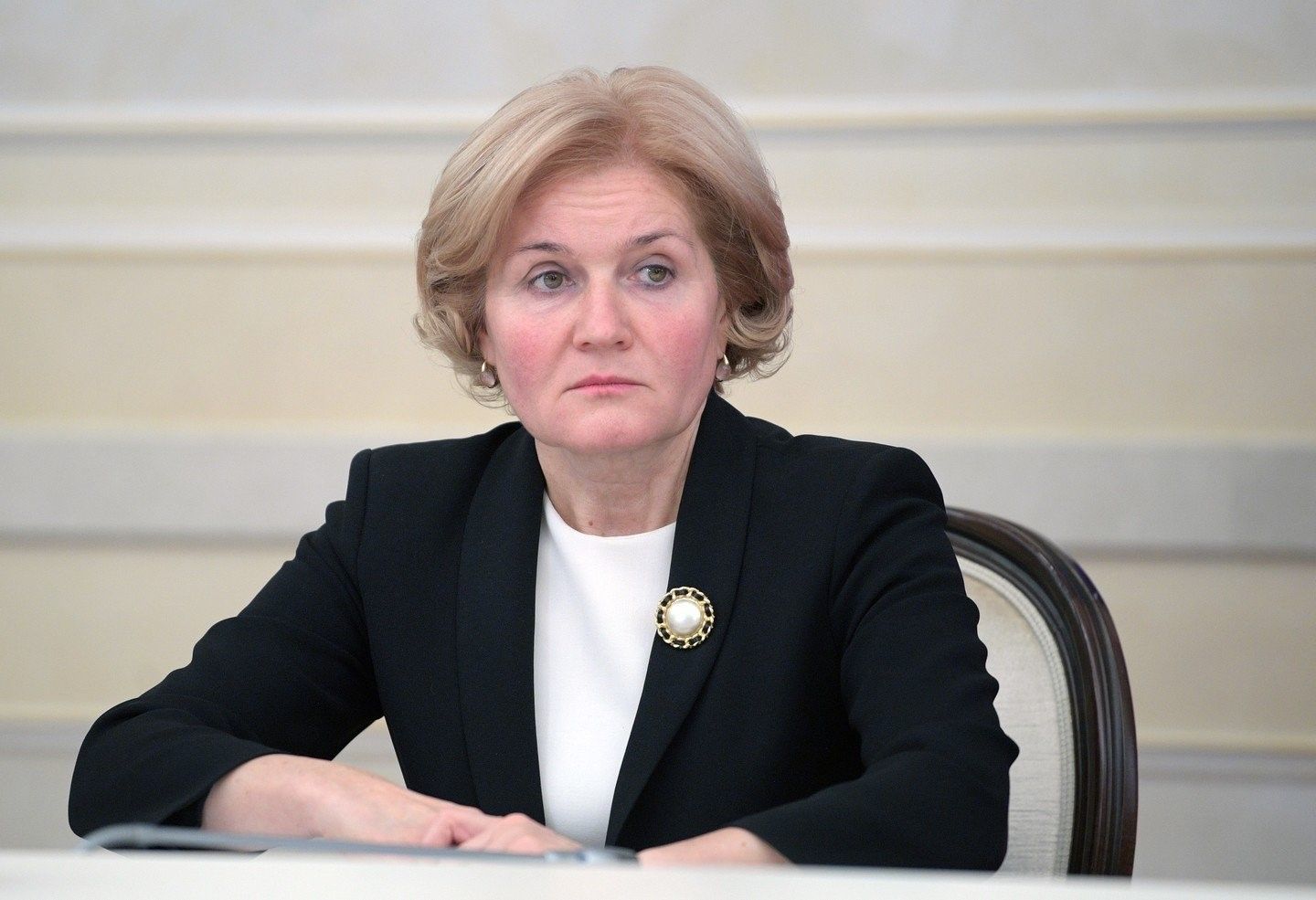 Do the people of Golodets "optimize" the work of the PFRF, the SIF and the MHIF as well as she "optimized" the Russian Academy of Sciences?

As a result, the Russian Academy of Sciences has never been in a more deplorable state than after the "offensive" of Golodets. And this raises questions, is Ms. Golodets able to carry out the processes of unification of the PFRF and the SIF, which Prime Minister Mikhail Mishustin could have entrusted to her? In this context, the bet on the Golodets may come out "sideways" to him.