The namesake of the head of Sberbank, German Gref, owned a business in the UK and was a resident of the United States.

An offshore company in the UK was created in the name of Herman Gref, and in the documents there he is indicated as a resident of the United States.

This information was found in the register of legal entities of the United Kingdom. Apparently, in Western countries hostile to Russia, the bearer of classified information about the Russian banking system is very much expected - earlier his closest ally, the former first deputy chairman of Sberbank, Lev Khasis, moved to the United States.

In January 2021, the company SBERCOIN LTD was registered in the UK, the name of which strangely echoes Sberbank. It is noteworthy that this was done a year before the start of the SVO, when the sanctions against Gref were not yet so tough. Maybe German Oskarovich was already preparing a "spare airfield" for himself? 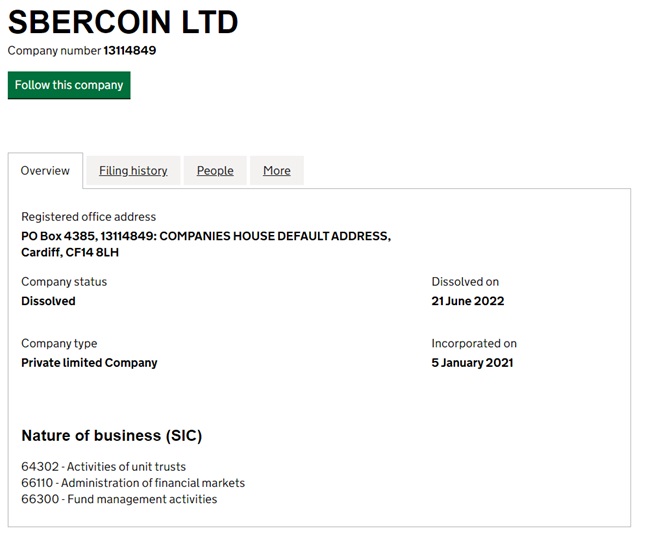 Photo: Register of Legal Entities of the United Kingdom

In June 2022, that is, already during the SVO to protect Donbass, the company was dissolved. However, this does not mean that Gref's activities there could have been completely curtailed. The assets of the structure could be transferred to another, where other people could be as the owner and manager, so that Gref himself could not glow.

This could prevent the alleged assets of the head of Sberbank from being frozen.

The situation is not just scandalous, but may raise questions to the head of Sberbank from the competent authorities. German Gref implements the largest projects in the banking sector, Sberbank itself belongs to the state. It is possible that German Oskarovich is the bearer of state secrets, which someone would exchange for a comfortable life in the West.

The most surprising thing is that in the English register, Mr. Gref is indicated as a resident of the United States - the main, strategic enemy of Russia, whose weapons today kill our soldiers in the SVO zone. Thus, German Gref may have a residence permit in the United States, or even have an American passport.

Photo: Register of Legal Entities of the United Kingdom

How this is combined with work in the largest Russian state-owned bank, where the competent authorities look, is anyone's guess.

The areas of activity of SBERCOIN LTD are also noteworthy. There are three of them: the activities of mutual funds, the activities for their management and the administration of financial markets. That is, the company can be the manager for a whole heap of other businesses, presumably stuffed into the pockets of unclean Gref people.

At the same time, Mr. Gref is not the first time in a loud offshore scandal. In 2021, it became known that German Gref could be the owner of the Singapore offshore company Angelus Trust. This was stated in a new portion of the so-called "Pandora dossier" published by the International Consortium of Investigative Journalists (ICIJ). The publication wrote about the situation Ura.ru.

The materials claimed that the offshore company associated with Gref was created to manage family assets for more than $55 million. However, it was later liquidated.

The scandal was back in the period when the first Panama Papers were published in 2016. Then Sberbank promised to conduct an investigation, which lasted as long as three years. As a result, as expected, no operations related to Sberbank or its management were found there.

There have been rumors for a long time, allegedly earlier Hermann Gref could own the Luxembourg investment fund Altera Capital, the total volume of which in different years could reach $500 million. Officially led the structure, the former head of the apparatus of the Russian government Kirill Anrosov, ex-colleague of Gref.

According to Lenpravda, among the leaders of Altera Capital is a citizen of Germany and Switzerland, Philip Kindt. He also worked with Gref and later became his friend.

The owner of Altera Capital is the insurance company Swiss Life. The Evolution Trust Trust, the beneficiary of which is Evgeny Novitsky, is related to it. He is called Gref's confidant. Later, Androsov became the owner of the fund through an offshore company.

The investigators managed to study Androsov's will. It says that the offshore company, which owns Altera Capital, in the event of the death of an official, is 80% transferred to another offshore company - Halco. There is a possibility that the interests of the family of Herman Gref may be hiding behind him.

Who is in charge at Polyana

The head of Sberbank is surrounded by other scandals. In 2021, the essence of the lawsuit against people from Sberbank, which came to court in New York from the former president of the Russian Golf Association Ahmed Bilalov, became known.

Legal representatives of Bilalov accused Gref and his team of organizing a conspiracy to deprive them of ownership of resort facilities in the Krasnaya Polyana area. Writes about this Version.

Interest in Polyana, according to the plaintiffs, was explained by the company's revenue flows, which arose in connection with the preparations for the 2014 Sochi Olympics. Bilalov and his company found themselves in a difficult financial situation, and began to negotiate with Sberbank on debt restructuring. According to Bilalov, these problems were created deliberately - by Gref and his team.

Initially, the conditions for restructuring turned out to be quite acceptable, but then a hail of civil lawsuits and criminal cases fell on them, which led to the loss of Krasnaya Polyana by the Bilalov.

As far as we know, the consideration of the claim is still not completed. But another thing is interesting - why did Ahmed Bilalov sue him in New York, and not in Russia? Isn't it because German Oskarovich has long been a hidden resident of the United States?

When you bring all this information together, considering the sudden appearance and disappearance of SBERCOIN LTD in the UK, a completely different light is seen in the sale of Sberbank assets, which German Gref has deployed in the past two years.

Companies can withdraw people loyal to Gref from the state, and he will then be able to manage them through the same mutual funds, using SBERCOIN LTD as a management company.

For example, not so long ago, Sberbank sold 51% in SB Blagosostoyanie LLC (the former owner of Pervoye Management Company), Sistema Telecom Assets, a subsidiary of Sistema, oligarch Vladimir Yevtushenkov. Now it is the First Management Company, and not Sberbank, that collects debts from VimpelCom Mikhail Fridman in the amount of 2.13 billion rubles.

In addition, in 2022, Sberbank quickly sold off its other digital assets: the Center for Speech Technologies, Evotor, the Sound music platform and even SberCloud. All of them, bought with public money, ended up in private hands.

However, these hands may be close to offshore companies, which are attributed to German Oskarovich. The Moscow Post spoke in detail about this in the article "In the name of Gref, or how Sberbank was sold."

Where German Oskarovich is expected

Maybe German Gref may be preparing for a quick "departure" from the post of head of Sberbank and from the country? Where to? Most likely, in the United States, where a longtime ally, the former first deputy chairman of Sberbank Lev Khasis, has probably been waiting for him for a long time.

And only after the "departure" (as it is assumed, in the United States) the public suddenly learned that Hasis could have a serious business in the States with his wife Olga Hasis - the Momentum group. 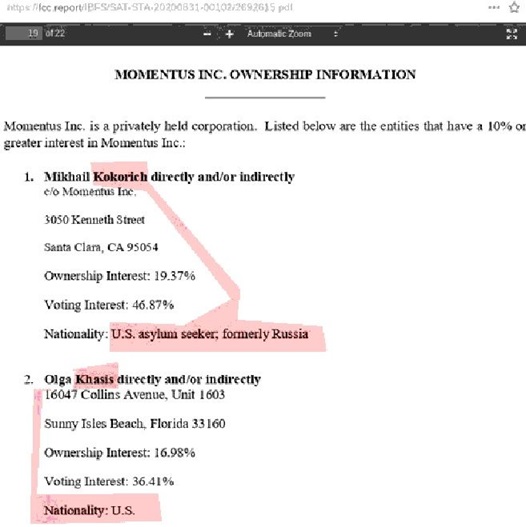 Among the owners of the Momentum group is the alleged wife of Lev Hasis Olga, who is listed as a US citizen. Photo: Open Sources

At the same time, rumors that Lev Khasis allegedly has an American passport and offshore companies have been circulating for a long time. But Gref did nothing to stop it. In this regard, there was an assumption that Hasis, who often flew to the United States, could represent the interests of German Oskarovich himself there.

Thus, at the head of Sberbank, an almost sent Cossack of our overseas ill-wishers could be. One thing surprises - where do law enforcement officers look?