Games in "Opening": Dankevich and Co will take money from Shmygalev?

The ex-head of Otkrytie, Yevgeny Dankevich, who was arrested in absentia for embezzlement, shamed at Anatoly Shmygalev's brokerage Investment Chamber. What awaits the company under the new leadership?

Former Voronezh deputy and developer Anatoly Shmygalev in March of this year sold one of his key assets - the Investment Chamber brokerage company to the former top manager of Otkritie Bank Alexei Sedushkin, after which the information about the owners was removed from EGYURL.

The beneficiaries of the company exercised their right in accordance with the government's permission not to disclose this information, which entered into force in March this year, "to protect stock market participants from possible sanctions by unfriendly states." In fact, the reason may not be so much in this as in the desire not to draw attention to subsequent events in the company, as well as to who is actually its new beneficiary.

The Moscow Post correspondent in the Voronezh region understood the situation.

The scandalous ex-deputy himself is most famous in Voronezh. Firstly, its construction "Instep" received and receives tidbits for development in the city and its environs, seasoning all this with simple state contracts.

At the same time, Shmygalev himself may be free to stop construction if for some reason it does not suit him. Let us explain: in 2008, the Voronezh administration issued a permit for the construction of an apartment building with office space, on the roof of which there will be a tennis court.

Everything was done, but seven years later the court began to fall apart, and the co-owner of the complex, together with the owners of the apartments, agreed to build something different in its place. But Shmygalev, who also lived in the house, apparently did not like the idea.

So he first decided to buy out the second stage of the building at a price once 10 times less than the market price, and then, when the operation failed, he could start, as they say, sending legal problems to the residents of the house. At least during the period of this conflict, they, as reported by the "Economy of the Black Earth Region and the Life of the Regions," began for people.

The residents won the court, but the governor of the region, to whom Shmygalev may have thrown a couple of hundred thousand dollars for a new car, eventually said that the construction was carried out partially on the land of the municipality, so that everything that had already been erected instead of the court would have to be dismantled.

The ex-deputy is interested not only in real estate. According to the publication Bloknot, in 2020 Shmygalev and the former top manager of his company Vladislav Kuzmin could organize persecution against the former head of their racing complex "White Well" Alexei Filimonov. He organized his own similar company in order to get funds and remove a competitor in organizing auto racing from the market.

They attribute to the builder Mr. and participation in the collapse of the Energia concern - of course, not without benefit for his wallet. Evil tongues also gossip that today's millionaire in the dashing 90s was the chief economist of Credo-Bank, allegedly associated with the Solntsevo organized crime group.

Well, a completely out of the ordinary case - it is known for certain that Mr. Shmygalev threw potatoes and eggs from the window of his own apartment to the middle-aged woman of the janitor because she, you see, cleaned up in the yard and prevented him from sleeping.

Did the patriot of Russia gather in the West?

Shmygalev is related to several dozen firms. His "Akon-Energo" serves a kindergarten, earning almost 5 million rubles. Zastava and Vremya LLC are a pension fund and even an institution that previously belonged to the Ministry of Property. "Stroydom" serves the MU "Department of Capital Repair" of G. Lipetsk. Part of the business is registered for presumably a daughter - Evgeny Anatolyevna Shmygaleva. 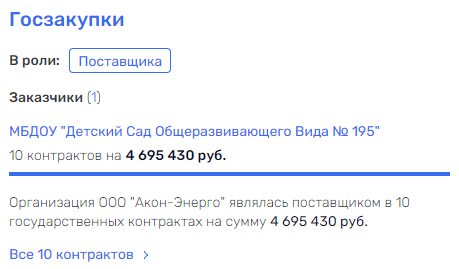 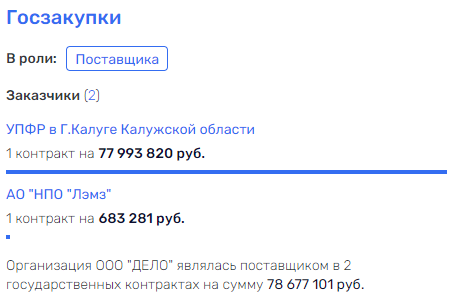 Recently (June 23) Shmygalev resigned as a deputy. As the journalists wrote, allegedly not because he suddenly wanted to lobby for his interests at the legislative level or, as the ex-deputy himself claims, to give way to the young, but because of accounts and real estate abroad, the newspaper "My Online" reported.

But it is quite possible that one of the key assets of Shmygalev sold just because he decided to move somewhere to Bali or to the UK, where many Russian oligarchs buy real estate for themselves.

Stealth is not a vice

As for the second participant in the transaction, Alexei Sedushkin, now, according to the Banki.ru, he was listed as an employee of KIT Finance, whose head Alexander Vinokurov could withdraw assets in excess of one billion rubles (wrote Delovoy Petersburg), and worked in "one of the large financial groups of the Russian Federation." The speech, apparently, is just about "Discovery," which is now going through hard times.

Almost 300 billion rubles are collected from his top managers, TASS reported, the bank itself was eventually acquired by the Central Bank. The defendants in the case were former Otkritie shareholder Otkritie Holding JSC and its co-owner Vadim Belyaev, ex-chairman of the bank's board Yevgeny Dankevich, former vice president Gennady Zhuzhlev, ex-head of the board of directors Ruben Aganbegyan and former member of the board of directors Elena Budnik. And the second time Sedushkina was not easy?

Let's return to the question of hiding data on Mr. Sedushkin in YEGYURL. It is known that Otkritie Broker transferred some of its clients to the Investment Chamber.

There is reason to believe that the former top of the sanitized Otkritie is acting in the interests of its former employers. The above top managers of Otkrytie, headed by Dankevich, who is now hiding in Israel, according to RBC, desperately need money to "get rid of" the court for fraud.

The purchase of the "Investment Chamber" here is as useful as possible - a company with access to foreign clients, also working with financial instruments, is an extremely promising asset in terms of its further development and subsequent withdrawal of assets. By the way, the big question is whether they will cover debts or go into their pockets.

And in general - experienced tops of "Discovery" can know a lot of ways to make money on this business, and not only legal ones.

14 February, 7:54
"Moscow is behind us": what is businessman Yanchukov ready for profit?
See also