The promotion of judge Yuri Glazov on the career ladder in the Supreme Court may be due to lobbying and underhand play of Head of the Supreme Court Vyacheslav Lebedev and Head of the Judicial Department Alexander Gusev. What consequences can this lead to the judicial power of the Russian Federation?

According to the correspondent of The Moscow Post, the Presidential Commission on Personnel Issues recommended appointing Yuri Glazov, Chairman of the Federal Commercial Court of the Volga district, to the vacant position of Deputy Chairman of the Supreme Court of the Russian Federation.

He may head the Civil Cases Board, one of the key positions in the SC that another heavyweight of the Russian judicial system, Oleg Sviridenko, could have previously applied for. Previously, he served as Chairman of the Economic Board of the SC of the Russian Federation, he was called one possible replacement of the Chairman of the SC  Vyacheslav Lebedev.

However, in the recent past, Sviridenko lost his position and moved to the Ministry of Justice. According to rumours circulating in the corridors of the SC, his resignation was sought by Gusev and Lebedev, who could consider Sviridenko as a dangerous and disloyal person. Allegedly, Glazov conducted opposition research on Sviridenko with the filing of Gusev for a long time.

If this is true, the happened fact indicates that the odious Vyacheslav Lebedev is not going to resign, but only strengthens his position, removing competitors from the path. Meanwhile, like Gusev and Lebedev, Glazov may be involved in many questionable cases that, if properly filed, could put an end to his career.

Snitching, as they say, is as old as time. However, it is one thing when you are snitched on by those who do not want to let an unclear person get an important position. Another thing is when the snitch himself, frankly speaking, is not a crystal honest person. 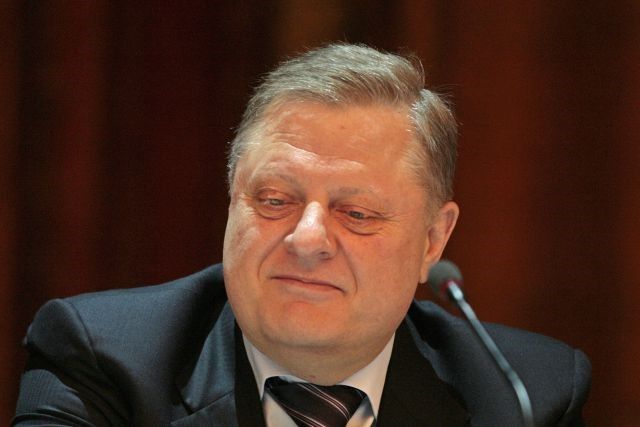 Are Alexander Gusev's intrigues behind Sviridenko's departure and Glazov's promotion?

Yuri Glazov has nothing to do with courts of general jurisdiction. Nor does he have any special merits, except, perhaps, the possible intention to please the high authorities in the underhand struggle for high positions. But in his time, Glazov could left traces in the Volga region, especially in Tatarstan, where, as it is believed, he has an informal relationship with President of the Republic Rustam Minnikhanov.

We will tell you about this. However, even before arriving in Kazan, where the Volga region Federal Commercial Court is located, Glazov worked as the Chairman of the Federal Commercial Court of the Belgorod region. According to Business Online, in the past, he was one of the initiators of a high-profile criminal case against the former Chairman of the Board of  My Bank Ltd. Alexander Arifov.

Arifov was accused of falsifying evidence in the bankruptcy case of LLC TD Soyuz-Quadro, a former major Belgorod operator of the Meridian grocery store chain. However, the participants involved in this situation believe that the whole situation was not an attempt to triumph justice and legality, but an episode of the struggle for the assets of the Meridian chain between My Bank and the Centrinvest Capital Partners Fund, which has been going on since 2009.

A Friend of Minnikhanov?

Glazov has had a number of such murky conflicts in his life. He received a nickname of "judicial solver" from detractors long before he began to "resolve" multimillion disputes in Tatarstan.  A criminal case on illegal spending of funds allocated for the 2013 Universiade in Kazan can be considered the most important episode of all recent years in this "glade".

Deputy of the State Council of the Russian Federation Ravil Ziganshin, who is considered one of the closest associates of Rustam Minnikhanov, could be involved in a high-profile corruption story. Funds were mastered by PSO Kazan LLC controlled by Ziganshin. And, it seems, was mastered in excess of 216 million rubles.

Former Head of the Main Investment and Construction Department of the region Rashid Nurullin was the accused in the case. It is said that he acted in close connection with the leadership of the region, and the highest officials of the Republic could be vitally interested in putting the brakes on the case and getting it out of harm's way.

According to the Regnum publication, despite the fact that Nurullin fully admitted his guilt, in 2019 the court sentenced him to probation, and for some reason the investigation did not go further concerning officials. 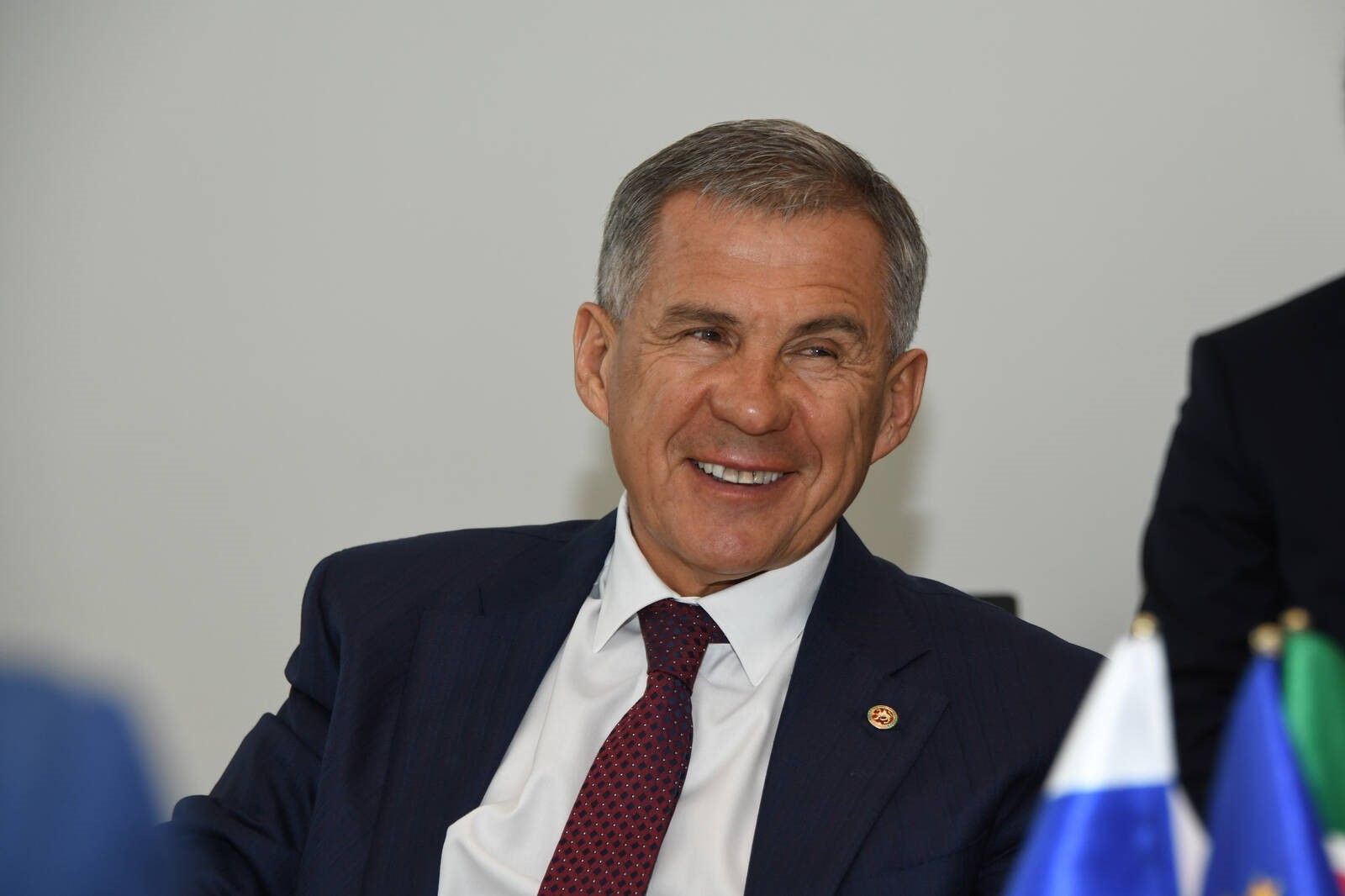 Did Glazov rely on the support of Rustam Minnikhanov in Tatarstan? For what services?

Of course, there were rumours that Nurullin was persuaded not to testify against other members of  Minnikhanov's team, who could have been involved in this case, for which he got off with a suspended sentence, and Yuri Glazov was the curator of such an outcome.

In the same year, Glazov was reassigned to the post of Chairman of the Federal Commercial Court of the Volga district. Rustam Minnikhanov called the reassignment a sign of "high confidence on the part of the President of Russia". However, it is rumored that Glazov is good not for the President, but for the First Deputy Prime Minister of the Russian Government Marat Khusnullin, another native of Tatarstan, close to Rustam Minnikhanov.

By that time, Glazov had long been in good standing both in the Republic and in many high offices of the Supreme Court. Assumptions that he could be "led" by Gusev can be indirectly confirmed when Glazov is appointed to the post of Deputy Chairman. Loyal and helpful, he seems to pose no danger to either Gusev or Lebedev.

Gusev and Lebedev in the Supreme Court

Otherwise, they would have to be seriously worried. If they are behind Sviridenko's departure and the forcing of Glazov's candidacy, then it is not difficult to guess why they need a completely loyal Deputy Chairman. The names of both were so often heard in the context of various corruption scandals that it is surprising how they still hold their posts.

Now it can be even less, and the number of acquittals across the country is less than 1% - this is recognized by Lebedev himself. Who, by the way, has been the head of the Supreme Court since 1991. He is called the grandfather of Russian justice.

Lebedev has repeatedly been suspected of questionable lobbying - often important positions in the judicial system are held by people from Kuban, a region where Lebedev is believed to have many extra-judicial interests.

His name was associated with crime and close acquaintance with "authoritative" people for a long time. These conversations have not subsided to this day.

For example, in 2016, members of the Anapa OCG headed by Sergey Zirinov were convicted in Kuban. They were found guilty of murder. Moreover, those who were involved in the process, talked about the alleged likely links of the group with the very top of the judiciary. Namely, with the Supreme judge Vyacheslav Lebedev.

Previously, Zirinov was a member of the legislative Assembly of the Krasnodar territory, and could be familiar with Lebedev through the Chairman of the Stavropol regional court Alexander Korchagin. Also, by the way, a rather scandalous character, to whom Lebedev himself could pave the way to the top of the judicial power in Stavropol.

According to rumours, in 2014, it was Lebedev who, thanks to his influence, "helped" reduce the punishment of the "killer of Zirinov", the killer of the Director of a children's goods shop. The decision to change the punishment was made in the Supreme Court.

However, even if they are loud, they are just rumours. But the real criminal scandal happened in 2018. It is about the case of five linguists who were accused of embezzling budget funds from the courts of Moscow. They pleaded guilty.

Linguists were engaged in making orders for judges to pay for money transfers allegedly made by them. The amount of theft was about 2 billion rubles. At the same time, part of the funds could go to another "permanent" - head of the Moscow Judicial Department Alexander Gusev.

He is responsible for all economic activities of the courts. And it was he, as many experts believe, who was one of the interested parties in the scheme, which could be carried out through then ead of the Moscow regional court Olga Yegorova.

According to rumours, Yegorova, leaked information to law enforcement, after which her relationship with Gusev and Lebedev deteriorated sharply. Therefore, it is not surprising that in August 2020, she was "made to leave" the position of head of the Moscow regional court. PASMI wrote about that situation and the "end of the Yegorova's era". By the way, even before that, Yegorov was also predicted for the position that Yuri Glazov is likely to receive soon. 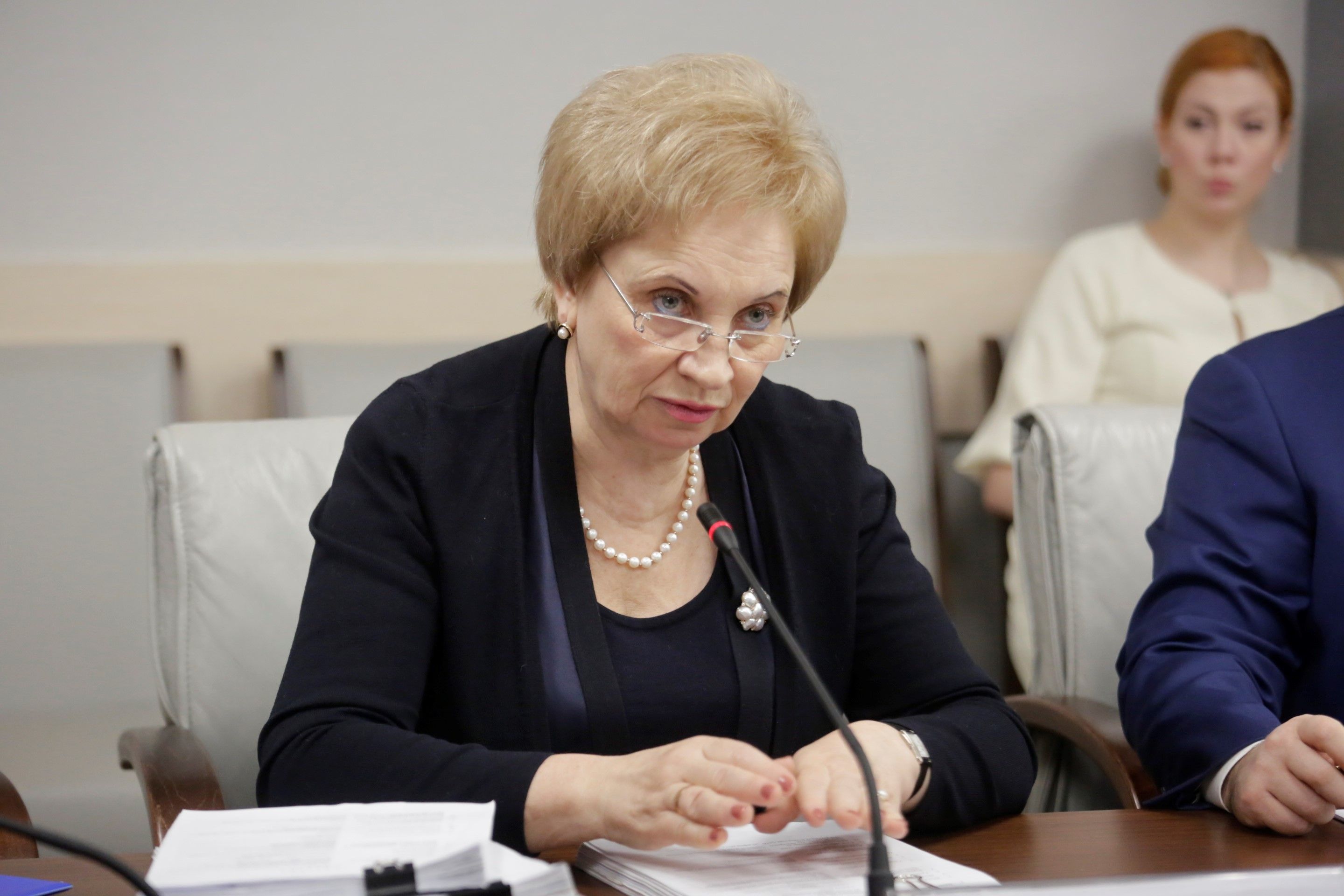 Did Olga Yegorova lose her post because she could have allowed a situation with a leak in the case of linguists?

Among the most dubious cases of Gusev and Lebedev is the creation of the long-suffering State automated system of the Russian Federation "Justice" - the main tool for finding court decisions. For a long time, the system could not work properly despite the huge budget injections into the project, which  amounted to almost 3.3 billion rubles for "start-up" 2013 alone (instead of the originally planned 2 billion rubles).

At the same time, with the planned costs of the system in 2014, some of its expenses exceeded 4 billion rubles. Information about this is available on the website of the Accounts Chamber, which discovered this circumstance during the audit. Today, the amount spent on "Justice" is much higher, but it is only a stretch to say that the system is fully operational and is functioning normally.

The project was initiated by the Judicial Department under the leadership of Alexander Gusev. And Gusev himself may be interested in the fact that the revision and maintenance of state automated system of the Russian Federation "Justice" requires more and more new funds.

Detractors consider this long-term construction as one of the allegedly numerous corruption feeders, with which both Gusev and Lebedev, and the lower judicial ranks walking under them, can live.

According to rumours, Oleg Sviridenko, who moved to the Ministry of Justice, was one of the most ardent critics of this situation, because problems with state automated system of the Russian Federation "Justice" created serious problems in the work of the judicial apparatus. But where there is such a huge amount of money, state interests often take a back seat.

It seems that in the case of Yuri Glazov's career growth, something similar is happening.

Why Vyacheslav Lebedev and Alexander Gusev may not be interested in strong and independent figures in the leadership of the Supreme Court is question for free thinking for everyone. However, it is already obvious to many that personnel decide everything - namely, Alexander Gusev was engaged in personnel policy in the SC for almost 20 years.

In this case, Lebedev's position with such a powerful ally is not in danger today. The same cannot be said for the entire Russian judicial system and the country's citizens, who could become hostages to the personal ambitions and corrupt appetites of werewolves in robes.

It's a common knowledge, that if the country's judicial system does not work properly, other institutions cannot function properly. As a result, the underhand game of high offices of the Supreme Court may be expensive not only for Lebedev and Gusev (The pitcher goes often to the well but it is broken at last...), but also for the whole Russia.