FSB to FCS, or Bulavin "under the hood"

The head of the Federal Customs Service Vladimir Bulavin could not justify the hopes to fight corruption in his department, and taking into account the attention to his work from the FSB, he prefers to "be silent", doesn’t he?

As the correspondent of The Moscow Post reports, the high-profile corruption story with the arrest of the former head of the Department of Customs Investigations and Inquiries of the Federal Customs Service (FCS), Alexander Kizlyk, was continued. The day before the Meshchansky Court of Moscow granted the claim of the Prosecutor General's Office of the Russian Federation on turning the property of the ex-official and his wife in the amount of 153.4 million rubles into state income.

The supervisory authority considered that the family's income sharply diverged from their official earnings. Recall that Kizlyk and his former deputy Alexey Serebryakov are accused of abuse of office. The investigation believes that the employees of the Federal Customs Service allowed to avoid criminal liability to persons who illegally imported large amounts of foreign currency into Russia, as Kommersant writes.

Taking this into account, it is not at all surprising that gold bars, watches of premium brands, art objects, icons and so on were found at Kizlyk’s place during the search. Where does this wealth come from, if for 18 years in the service, the Kizlyk family officially earned a little more than 34 million rubles in total? Another thing is surprising - the complete lack of reaction of the head of the Federal Customs Service Vladimir Bulavin.

How could the latter not know that one of his key employees, like Scrooge McDuck, "bathed" in such wealth? It is unknown. But, as suggested by the Versia publication, allegedly, Bulavin himself, as well as his deputies Oleg Gubaidullin and Ruslan Davydov were detained and questioned in the criminal case of Kizlyk.

As a result, it was not possible to find confirmation of this. But it is reliably known that on December 23, 2019, the central office of the Federal Customs Service, as well as at the customs offices of Vnukovo and Domodedovo airports in Moscow, were searched, and a number of unnamed employees were actually investigated. This was written by Kommersant. 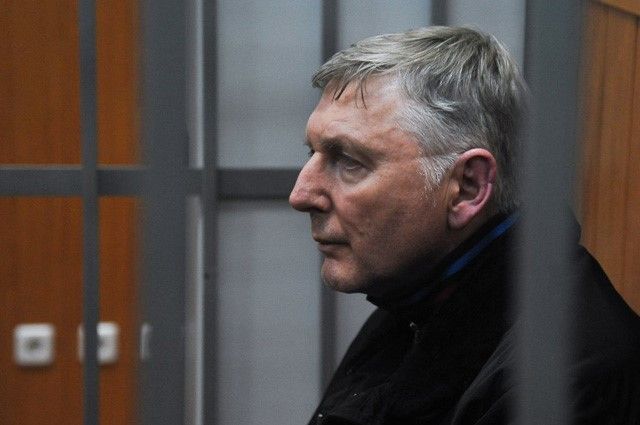 In view of this, it is not difficult to assume that after the high-profile scandals with the searches of his predecessor Andrei Belyaninov, Bulavin, a former FSB employee, is probably under informal "supervision" from the FSB itself.

Recall the situation - Belyaninov was searched, the investigators found 60 million rubles at his place. But it did not end in anything bad for Belyaninov. In addition, a whole bunch of corruption scandals can not be forgotten, especially in the North-West Customs Administration.

Is that why he doesn't say anything, in order to avoid the consequences? He is right, because Bulavin himself in 2018 appointed Lieutenant-General Alexander Povod as the head of the Anti-Corruption Service at the most problematic North-Western Customs Directorate. According to 47news, the appointment could have been lobbied by the "K" department of the Economic Security Service of the FSB of the Russian Federation.

No less interesting is what preceded such an appointment. Namely, the dismissal of the former Head of the North-West Customs Directorate, Alexander Hetman. And for what reason - in connection with the loss of trust for committing a corruption offense. And even before that, there was an inspection of the Presidential Administration. But there's a trap.

According to RBC, the Presidential Administration was interested in two apartments in St. Petersburg, registered to the mother and wife of Hetman. The cost of only one of them is 27 million rubles. And now it is quite a blatant fact - the check was started after the Head of the Federal Customs Service, Mr. Bulavin, sent a submission to the Presidential Administration to assign a new title to Hetman!

Apparently, Hetman worked very well at his post. Could he save up for apartments for his wife and mother and get a title at the same time? And that's not all. After all, no criminal cases were initiated against Mr. Hetman. According to rumours, Bulavin could do almost anything for such an outcome, because by that time he had already been in charge of the service for two years.

Speaking of Alexander Povod - a lot of work fell on his shoulders at once, just related to the strange, if not more, behavior of his subordinates at the North West Customs Directorate of the Federal Customs Service. In November 2019, he signed an order to dismiss the head of the Customs Control Department after the release of goods from the St. Petersburg Customs, Colonel Oleg Gusev. Previously, there were rumours that he may be related to corruption. 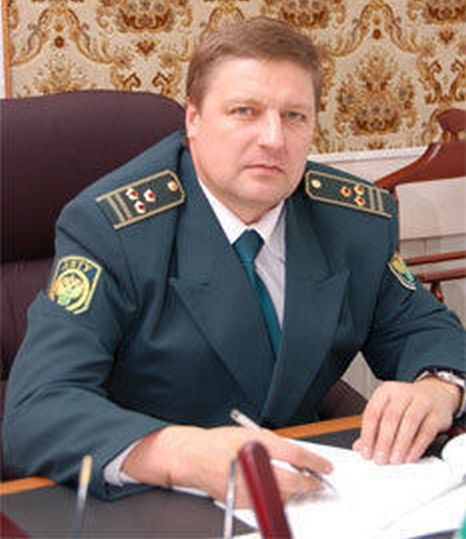 Does Alexander Povod (in the photo) "look after" Vladimir Bulavin and his colleagues from the North-West Customs Directorate?

As a result, there was no confirmation of this. But, according to the authors of the Ati.su website, allegedly soon Gusev disappeared. Perhaps he ran away abroad. Was there anything to hide? And a few days after that, according to the same authors of Ati.su, the Head of the Customs Control Service Colonel Maxim Mamchur also disappeared after the release of goods. A true detective story. Later, there was a rumour that Mamchur left Russia through Belarus with the whole family.

Contrary to expectations, with the arrival of Bulavin, scandals did not cease to tear the Customs, and especially its North-Western Directorate. One of the most high-profile ones occurred in 2020. Then, inspector Alexander Zharin was sent under house arrest for bribes. This was written by Fontanka. Zharin later confessed to bribery. Zharin's colleague, Gennady Rogachevsky, was also under suspicion. However, he went straight to the pre-trial detention centre because of his refusal to cooperate with the investigation.

The North-Western Customs Directorate also distinguished itself in the story with the helicopter, which was used for three years for domestic commercial transportation. It turned out that this was done illegally - the amount of customs duties not paid to the treasury amounted to 250 million rubles. None of the customs officers wanted to notice this. Interfax wrote about the situation.

Another scandal happened in 2020, when in Moscow law enforcement officers detained the police officer of the Department of Internal Affairs of the Moscow Regional Customs of the FCS Yury Knyazev. He is suspected of receiving a bribe on a particularly large scale, as well as of mediation in bribery, as Kommersant reported. According to the investigation, Knyazev was going to receive 13 thousand euros for assistance in removing risks from two individual entrepreneurs, so that they could easily register their trade products at customs.

This scandal broke out less than a year after the appointment of the current Head of the Customs of the Moscow region, Vyacheslav Romanovsky, to whom Bulavin gave the go-ahead to lead one of the most important divisions of the FCS. But is it only for the management? Maybe for personal enrichment, too?

In May 2019, the Head of the Federal Customs Service, Vladimir Bulavin, put it in order to restore order in the Department. Before that, in 2018, the Deputy Head of the Moscow Region Customs Denis Rudenko was arrested for a bribe of 11 million rubles, BFM.ru reported.

Bulavin's office was was involved in the story of the alleged mythical "oil smuggling" by the Forteinvest company of the son of the famous oligarch Mikhail Gutseriev - Said Gutseriev. Then the company's offices were searched. As a result, this was not confirmed, and it did not result in anything serious for the Gutserievs. Nevertheless, there are still rumours that the FCS under the leadership of Bulavin could control some corrupt schemes with oil supplies.

At the same time, the budget from such "transactions" could lose hundreds of billions of rubles! And against this background, the news about possible searches in the offices and apartment of Mr. Gutseriev's family is very unfavorably highlighted.

And now, when we were summing up the results of all these scandals in our material, another great news came. And again from the North-West Customs Directorate! It turns out that just yesterday, on February 17, the Anti-Corruption and Information Security Services of the Federal Customs Service revealed an illegal channel for transmitting customs information of limited access at the Vyborg Customs.

Criminal cases on bribery and mediation in receiving a bribe have been initiated on the facts of the crimes. The issue of initiating criminal cases under Article 183 of the Criminal Code of the Russian Federation (illegal disclosure and collection of information constituting a tax secret) is also being resolved. Delovoy Peterburg writes about it.

Another significant point: now the rumours are actively spreading the "fakes" about the fact that the protege of Vladimir Bulavin at the head of the Ural Customs, Alexey Frolov, appointed in the summer of 2020, may be associated with the Sima-Land company of the Sverdlovsk oligarch Andrey Simanovsky.

According to the authors of the Infopressa website, allegedly Simanovsky, whom they call "a major dealer in Chinese consumer goods and a supplier of black cash" hides the truth from the Head of the FCS Bulavin about "schems" and "special relations" with the local customs administration. Maybe there is no truth in these words, but there is no smoke without fire.

It turns out that with the arrival of Bulavin, there is not less corruption in the FCS, is it? But after all, he is from the FSB, and many people from the FSB after his arrival joined the ranks of the FCS in various positions. And look, soon the number of scandals will grow into quality - and then questions may arise to Bulavin himself directly. Is that why General Bulavin is sitting still?