From pawn to lady: Islaev "cooked" under Komarov?

The new deputy Komarova may replace her in the chair of the governor, but whose interests will be represented by residents, or Deputy Prime Minister Khusnullin?

According to the correspondent of The Moscow Post in Ugra, from March 14, Azat Islaev was appointed to the post of deputy head of the region Natalia Komarova. Previously, he held the same position in the administration of Vladivostok. This appointment was perceived by many as preparation for a possible "change" of Mrs. Komarova. There are too many scandals around her team, and every year it is increasingly difficult for her to completely give herself to the case for a number of objective reasons.

Mr. Islaev is considered the person of Deputy Prime Minister of the Russian Federation Marat Khusnulin. Islaev began his political career in the Kazan City Duma, where he represented the Communist Party, he also became famous in the capital of Tatarstan as a successful restaurateur - he owned the Gurme Group company, which has 11 restaurants in Kazan, most of which belong to the luxury segment. In 2012, Islaev opened a bar in Kazan under the KillFish franchise, but the business did not work out, so in the end it was sold.

In general, Islaev's restaurant business was not bad - he even gave interviews in which he laid out on the shelves what it was like to be a restaurateur and talked about the intricacies of the business.

Yana Islaeva (possibly a spouse or other relative), to whom in 2018 he transferred the management rights of Gurme Group, now owns the companies Aeroplan and Aeroplan +, which are engaged in the tourism business. Perhaps not without the help of a spouse. 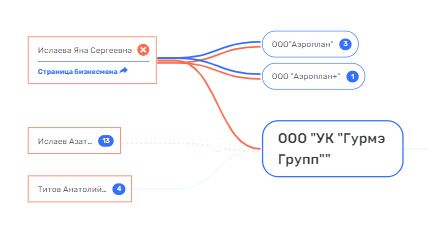 Isaev himself is, according to Rusprofail, the chairman of the board of the New Shilna Summer Non-Profit Partnership. True, apparently, he does not want to advertise this, because he filed an application about the inaccuracy of the information provided by Rusprofail. I wonder why? Perhaps he is trying to appear in the light of a person who has moved away from business in principle, and is engaged only in politics.

Let's return to the political career of an official. Islaev ended up as vice mayor of Vladivostok in January 2020, where he oversaw the administrative-territorial administrations of the city's districts, environmental protection and environmental management, as well as the management of tourism, investment and the urban environment.

But there, apparently, the official was out of place. The municipal autonomous institution "Directorate of Public Spaces of the City of Vladivostok," created specifically for it, has not completed a single large planned project until the end of its existence. Although, one cannot fail to note that some movement did occur, but whether costs and results are comparable is an open question.

For example, the institution announced the reconstruction of public spaces: the Mine Town and Crimean Square, around which the promises of officials have been "walking" for more than a year - but it didn't go further than cosmetic work such as sanitary cutting of trees and updating curbs.

Islaev was also listed as deputy chairman of the public council for architecture and design of the urban environment - another body of dubious efficiency in the Vladivostok administration, created after a sensational story with "mourning shops" - when benches were placed in the city center as part of the improvement project, which the locals jokingly dubbed "coffins" because of their strange appearance.

The new body was called upon to ensure that improvement projects correspond to the surrounding landscape. You see - when the project is created, officials are not able to conduct an adequate assessment, special people are needed for this. It is strange, however, that the council did not include architects, but former restaurateurs. 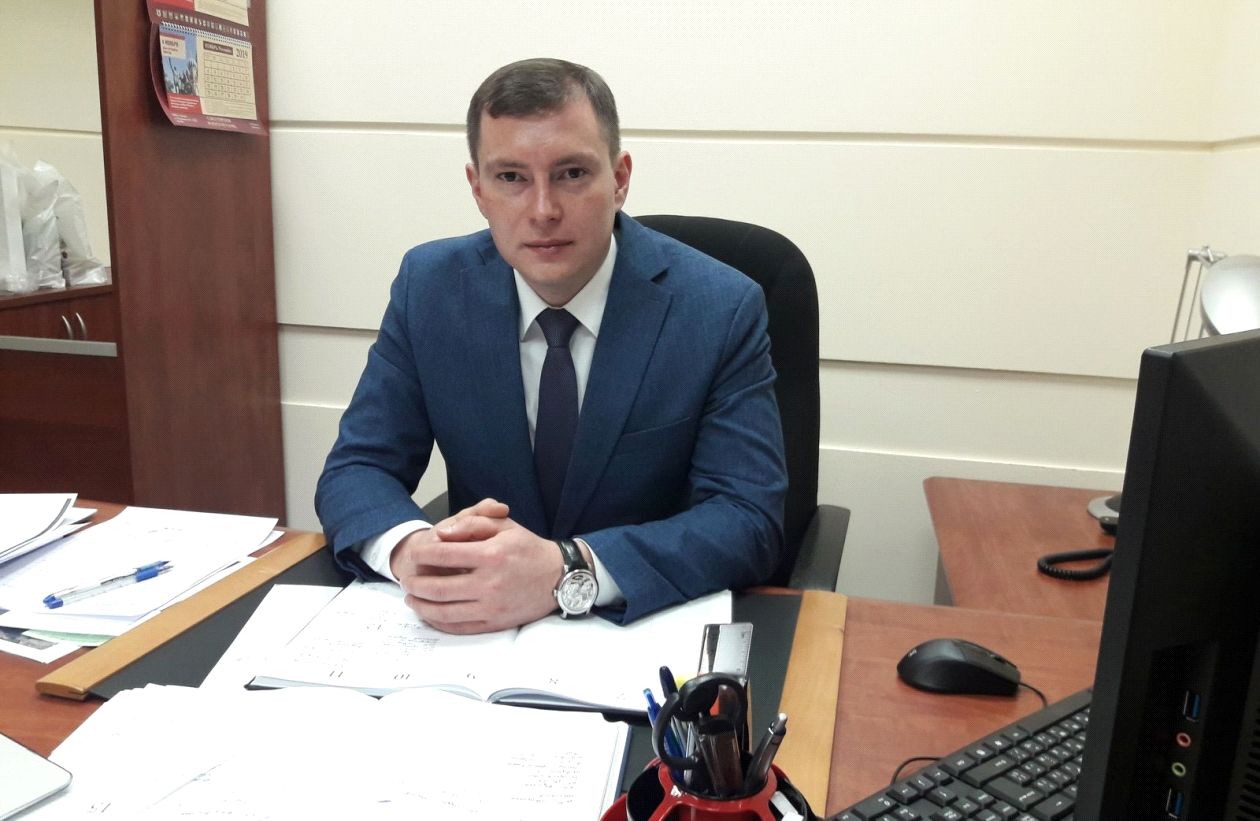 Perhaps, due to its unreliability in the city hall of Vladivostok, Islaev became the first candidate for exit when he appeared - where. It is also not excluded that the change in the vector of Islaev's work was the result of a reshuffle of forces within the so-called Tatar political group, since in fact his departure did not foreshadow anything.

Is Husnullin expanding the sphere of influence?

Like ten years ago, today in Tatarstan politically strong people who are somehow associated with the current deputy chairman of the Prime Minister of the Russian Federation Marat Khusnullin. The latter was for a long time the construction deputy mayor of the capital, Sergei Sobyanin, was considered a person from his orbit. But now he has gained such weight that you can't say for sure.

The Moscow Post has repeatedly written about how Khusnullin gained a foothold in the capital and placed dishonest people in many positions.

As for Islaev, the point is not only that he and Khusnullin are both from Kazan, and worked there at the same time for a long time in government. A possible indirect confirmation of their connection may be the following fact.

It turns out that Islaev's partner in the aforementioned partnership "New Shilna" is a certain Eduard Nikitin. According to evil languages, allegedly he may be a relative of the governor of the Nizhny Novgorod region Gleb Nikitin

At the same time, Khusnullin is working closely with Nikitin the governor. A few months ago, they discussed infrastructure projects in Moscow.

At the same time, DNT "New Shilna" is geographically based in Naberezhnye Chelny, where the head of the department of interaction with organizations of the territory is a certain Airat Khusnullin. Is it not a relative of the deputy chairman? Of course, all this needs proof, but this is not one, but at least a few strange coincidences.

Marat Khusnullin himself somehow draws attention to the region - in 2020 he invited Mikhail Mishustin to consider the possibility of building a highway from Naberezhnye Chelny to Yekaterinburg. It is unlikely that he is so happy for subjects where he does not have "his" people at all. Otherwise, the lobbying capabilities of the local government increase sharply in relation to the federal center. 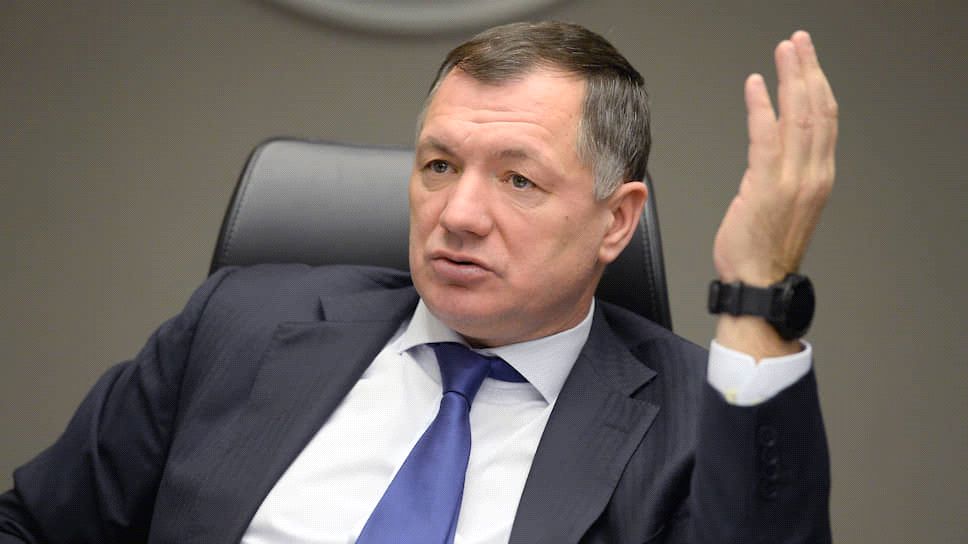 Apparently, Khusnullin and his associates have long and purposefully "maintained a course" to increase their presence throughout Russia in order to strengthen the position of Marat Khusnullin and people close to him. And in such logic, the appointment of Islaev can be a step in this direction. Moreover, the step is timely - Natalya Komarova clearly gives up her position, heads the region for the second dozen, and, as many believe, has long been thinking about a well-deserved rest. Some look at Iliev as a replacement, also for these reasons.

Now there are too many problems in the leadership of Ugra under Komarova. Her team is sharply criticized, a number of ill-wishers even believe that the family of its first deputy Okhlopkov can "profit" from the pension contributions of citizens. About that story wrote The Moscow Post. But this moment still needs to be proved, but in the region there are many other scandals with the direct involvement of law enforcement officers.

The scandal continues to rage at the strategically important Nefteyugan enterprise Yuganskteplotransservice (UTTS), where a new leadership of officials was recently appointed, which, according to the plant's employees, will lead him to an even more severe crisis - people wrote letters to Komarova herself, only that, again, does not react in any way. So the workers of the plant were forced to appeal even to the President, with a request to influence the situation. This was written by The Moscow Post.

Last year, searches were carried out in the administration of Nefteyugansk and even in the apartment of Mayor Sergei Degtyarev - security officials were looking for traces of fraud with land in the city center, on which it was supposed to build a shopping center of the Lenta network, Kommersant wrote. It seems that Komarova does not follow her subordinates much.

In addition, Natalya Komarova began to somehow react too sharply to what was happening around - the case is indicative when she sharply pulled the girl who shot her on camera during the election round, demanding to stop filming, since she is not a journalist. In fact, Komarov did not have the right to this, it is also not clear why a person who is almost daily "under the light of the Sofites" was suddenly so scared or angry at an ordinary amateur camera.

And recently, Komarova often began to criticize subordinates rather acutely in front of the media. More recently, for example, she stated that the report of the director of the district department of culture Arthur Latypov turned out to be boring, noting that only the sign language translator, who accompanied the official's speech, saved the situation - the news publication Ura.ru wrote.

And no more than in February of this year, Komarova asked to tie the hands of Mayor Megion Oleg Deineka live - she was not satisfied that during the speech he gestured brightly and knocked a pen on the table - RIA Novosti wrote. "You are terribly straining," the governor said. Well, if such things make Komarov fool, it is scary to think what is happening on the sidelines of the administration when there are no journalists nearby.

Perhaps the governor is just tired - after all, more than a decade in office make themselves felt. This probably did not go unnoticed in the ruling elites, there, perhaps. It was decided that the "young blood" in the person of Islaev, behind whom the plume of corruption or other high-profile scandals does not yet stretch, is the best in this situation for updating the leadership of Ugra. Moreover, it would be time for the official to do the real thing until he, like a suitcase without a pen, was recognized as useless.

15 July, 8:05
Contracts for Kolomoisky, and what does Sobyanin have to do with it?