The Moscow Basmanny Court, at the request of the investigation, extended until August 8 this year the arrest of the former Deputy Minister of Energy, former General Director of the Federal State Budgetary Institution Russian Energy Agency (FSBI REA) of the Ministry of Energy Anatoly Tikhonov. The former deputy minister, arrested in September 2020, was charged with especially large-scale fraud. The criminal case investigates the theft of more than 600 million rubles. These millions were allocated by FSBI REA for the creation of the fuel and energy system. The defendants in the case, in addition to Tikhonov, are his wife Valery Kovalenko, former adviser Roman Ryzhkov, as well as vice-presidents of Lanit JSC Vladimir Makarov and Viktor Serebryakov.

Mr. Tikhonov stubbornly does not admit guilt. But the wife of Mr. Tikhonov pleaded guilty and surrendered both her husband and his accomplices with shocks. In this regard, the investigation appealed to the court with a petition to soften Victoria Kovalenko's preventive measure: Ms. Kovalenko from mid-February left the pre-trial detention center under house arrest.

She experiences this arrest in a luxurious apartment on Patriarchal Ponds. But she is unlikely to be able to return to Lugano, Switzerland, where Ms. Kovalenko has lived smoothly since 2006. Although miracles happen in Russia constantly. And it is a miracle to call the lightning-fast exit from the prison of Deputy Tikhonov in the Federal State Budgetary Institution "REA" Roman Shcherbov. True, he also "passed" his chief.

And even some documents began to come to the editorial office of The Moscow Post, which shed new, bright light on the acts of Tikhonov and Co. But these documents pour negative light on the activities of ex-Minister of Energy Novak. And according to our person at the Ministry of Energy, Mr. Novak, who is today the deputy prime minister, is doing everything possible to get Tikhonov out of prison.

The Moscow Post understood the fraudulent acts of the OPS from the Ministry of Energy.

Another puffy envelope was brought to the editorial office of The Moscow Post. This is the third package that contains very interesting documents. Apparently, these packages are sent by people from a close circle of the former Deputy Minister of Energy Tikhonov.

Papers talk about how Tikhonov's "team" for several years broke down a large energy project in a row, namely the project of the State Information System of the Fuel and Energy Complex (GIS Fuel and Energy Complex). At a time when the GIS fuel and energy complex was somehow moving into life, Tikhonov headed the Federal State Budgetary Institution "Russian Energy Agency" of the Ministry of Energy of the Russian Federation.

But in the fall of 2019, Mr. Tikhonov moved to the chair of Deputy Energy Minister. At that time, the minister was Alexander Novak, who is currently working in the Government of the Russian Federation. 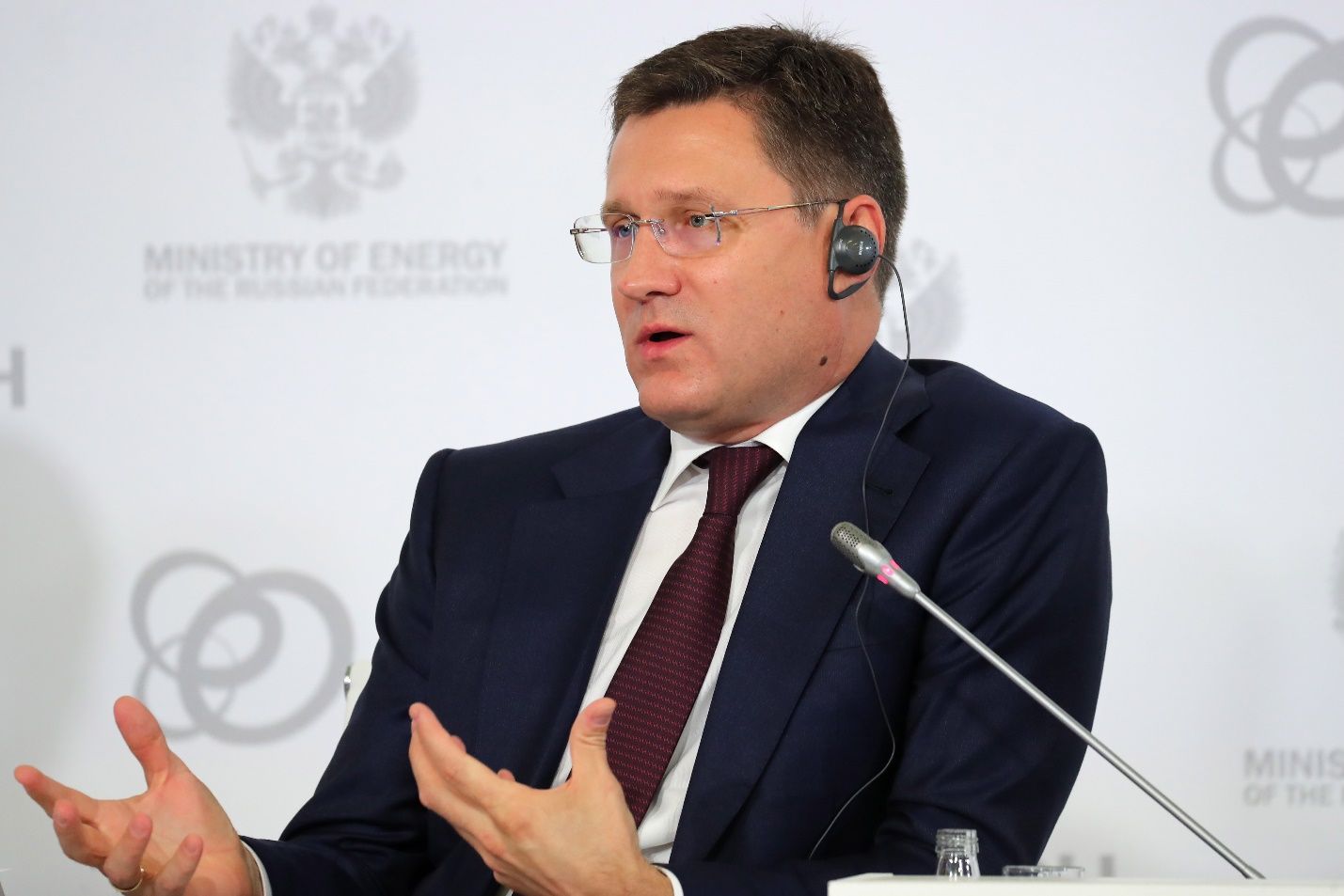 Recall that Novak and Tikhonov are associated with many years of joint work in the Krasnoyarsk Territory. And, according to our informant, Alexander Novak is doing everything possible to rescue Tikhonov from prison. Apparently, and because, too, Tikhonov can tell a lot of superfluous things. 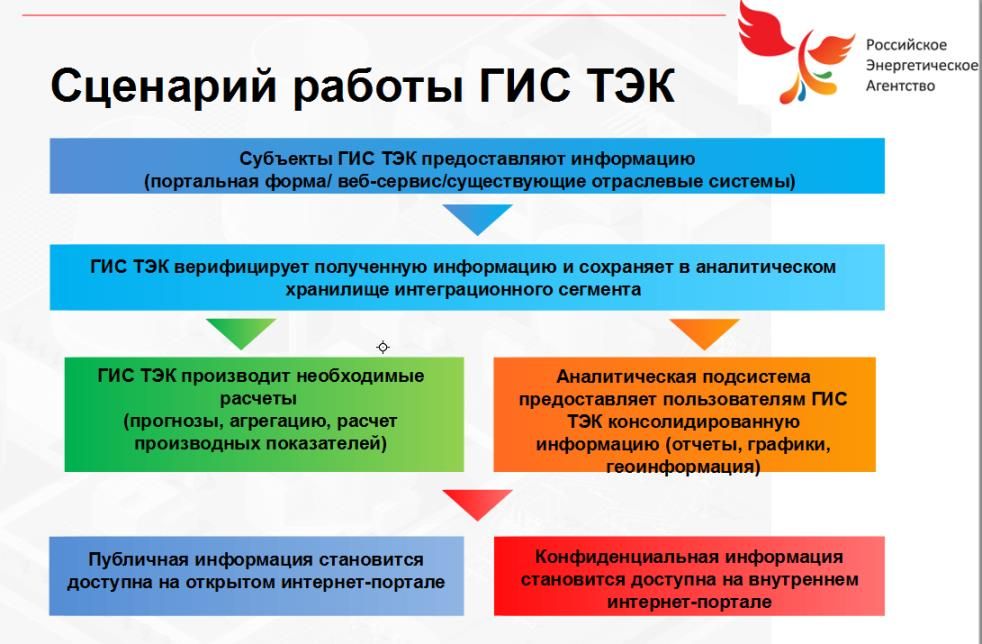 And to tell is, about what! This is eloquently evidenced by documents dated 2014. It was then that the Ministry of Energy began to move the GIS fuel and energy program, follows from a letter from the director of the Department of the Ministry of Energy (at that time) Alexei Kulapin to the general director of FSBI REA (at that time) Anatoly Tikhonov.

Recall that today Mr. Kulapin takes the place of Mr. Tikhonov: he is the general director of FSBI REA. 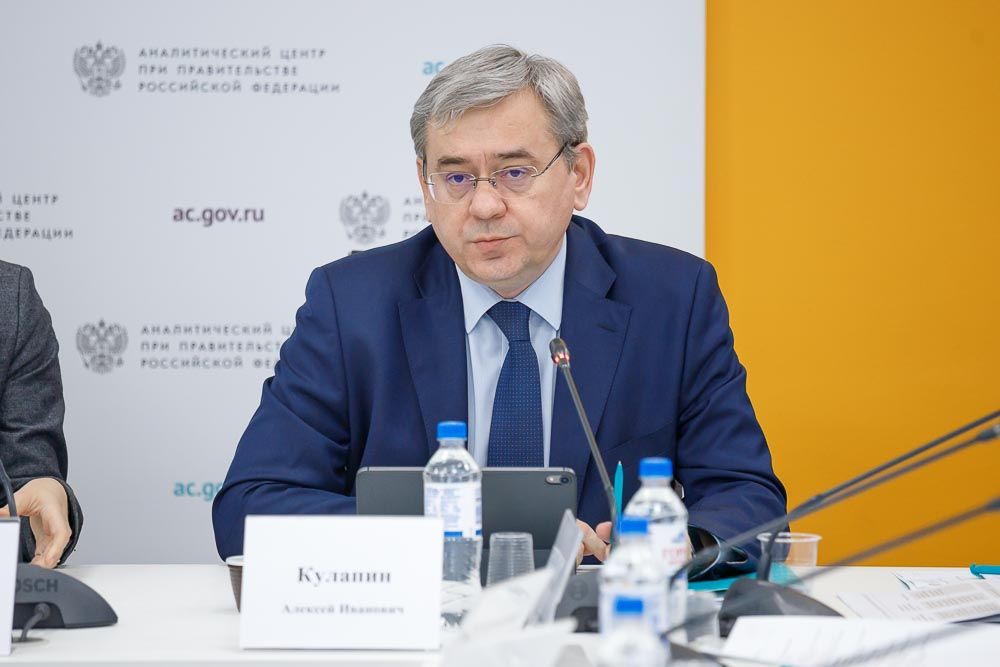 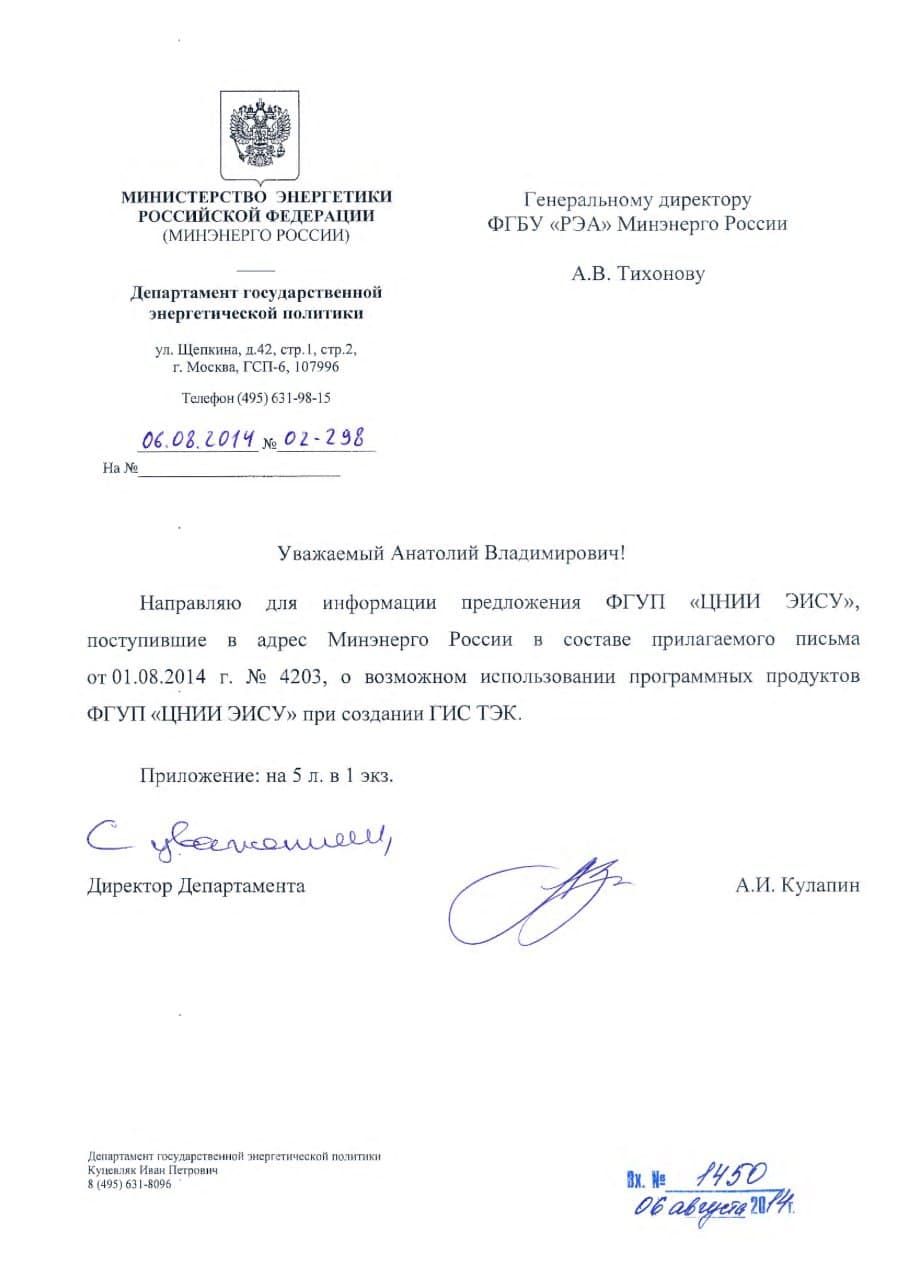 Apparently, this scheme - where who sits and manages what - was created not without the participation of Mr. Novak, who in 2014 already served as Minister of Energy.

And then the proposals went directly to the Minister Tikhonov. 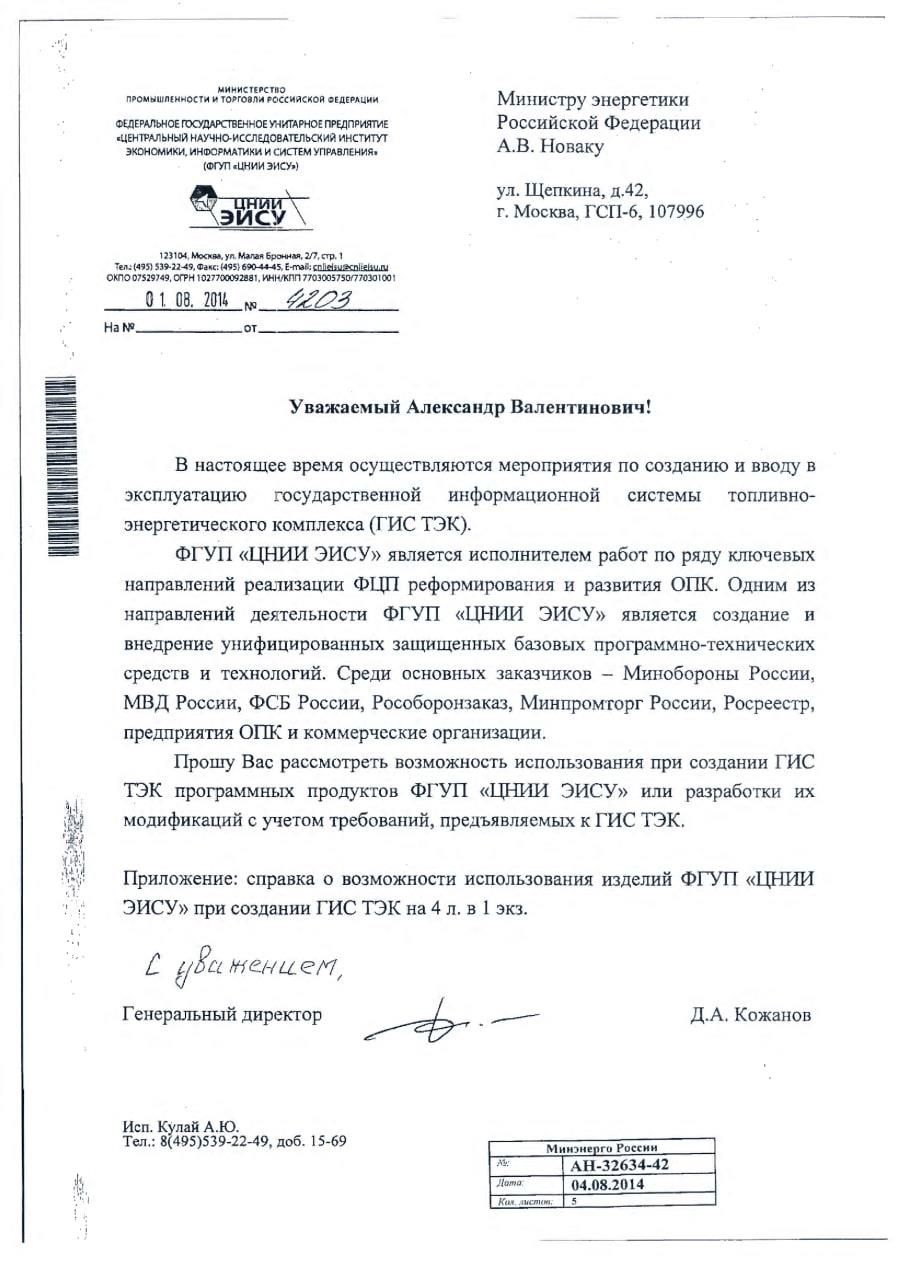 Recall that the creation of the GIS fuel and energy complex was regulated by the Federal Law of December 3, 2011, which entered into force on January 1, 2012. In accordance with its provisions, the system is designed to automate the collection, processing, storage and dissemination of information on the state and forecast of the development of the fuel and energy complex of Russia.

The establishment of the GIS FEC was greatly delayed at the stage of project preparation. The operation of the information system was to begin on October 1, 2015, but at the stage of acceptance of work under the main 600 million contract, the process stalled. Then the Federal State Budgetary Institution "REA" assured journalists that they expect to fully adopt the system in December 2015.

As a result, the main result was a criminal case on the theft of more than 600 million rubles from the budget. 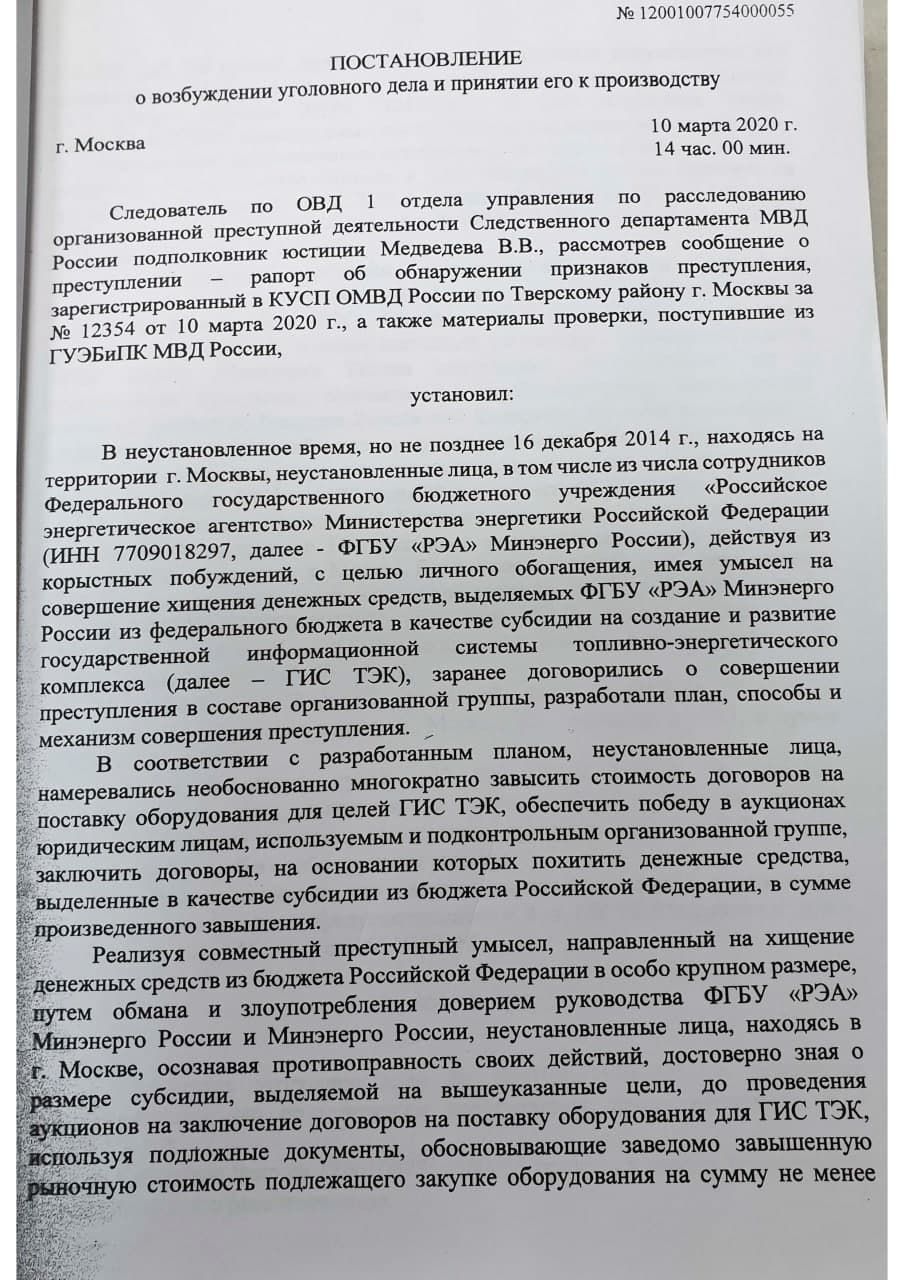 Documents on how the GIS fuel and energy project was introduced into life with the "help" of Novak and Tikhonov also talk about how "strangers" were cut off so that budget millions would not leave the Ministry of Energy. We are talking about the company ISSB, which in 2015 fought for several months for the contract of FSBI REA for the supply of a data storage system for the GIS fuel and energy project. But the company was twice not allowed to contest. I had to complain to the FAS. This investigation was told by Alexei Savin, adviser to the general director of the IT company Information Communications and Security Systems (ISSB).

After the persistent second complaint of Alexei Savin, the case, it would seem, began to shift from a freezing point of view... But one day, Savin was called by someone to discuss the situation by competition. Namely - Roman Shcherbov. He asked Savin to meet at the ardent request of his chief - Anatoly Tikhonov.

At this meeting, Roman Shcherbov explained to Alexei Savin in elevated tones that ISSB does not need to participate in the competition. And even if ISSB suddenly wins the competition, it will still not receive money. And he will not receive them even during the court proceedings, since "WE - Shcherbov confidently said - will do everything so that the goods offered by ISSB do not meet the requirements of the Ministry of Energy in terms of technical indicators."

But a miracle happened: ISSB won the competition and signed a contract with the Russian Energy Agency for 70.4 million rubles: it pledged to supply IBM equipment to the organization. This is detailed in the materials of the criminal case. 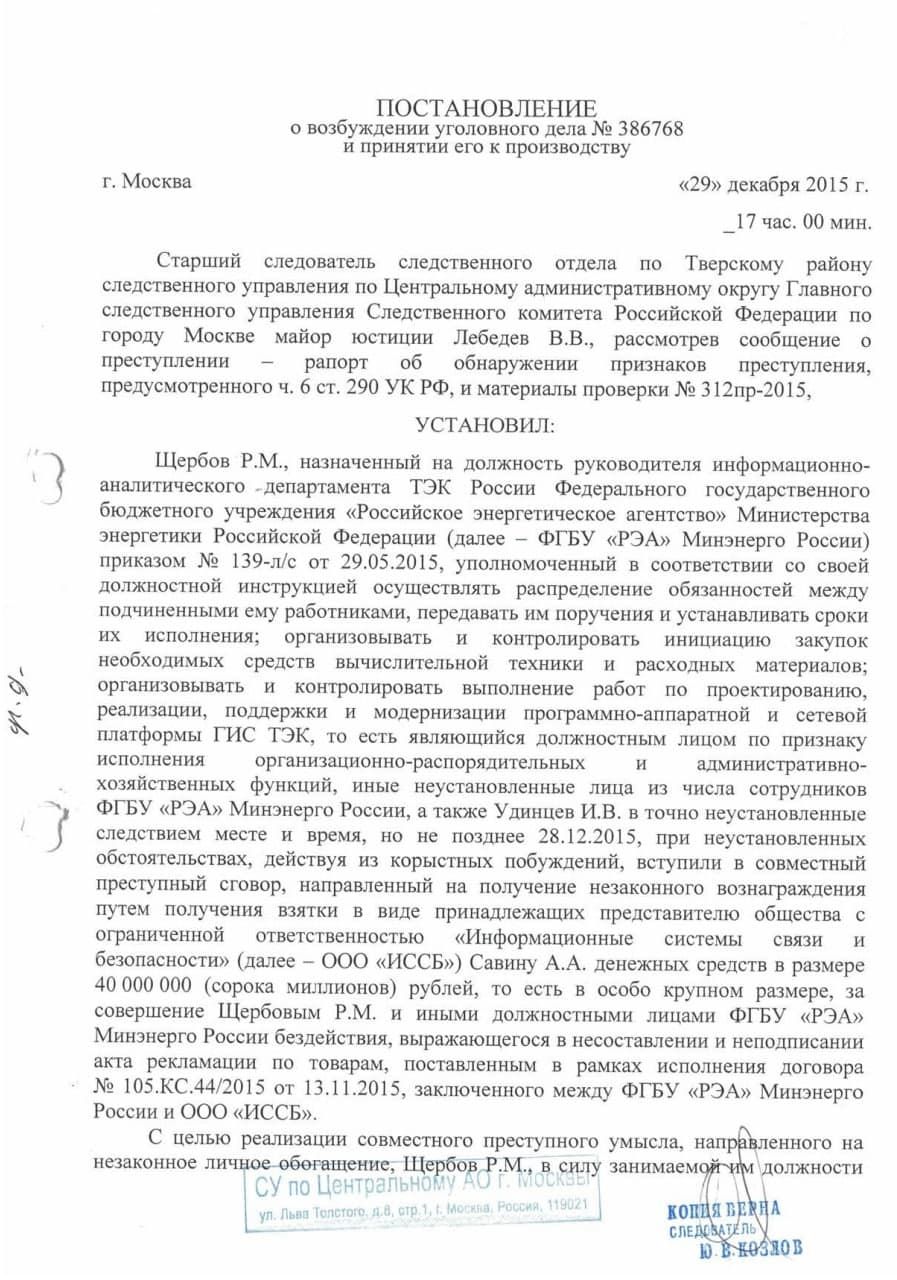 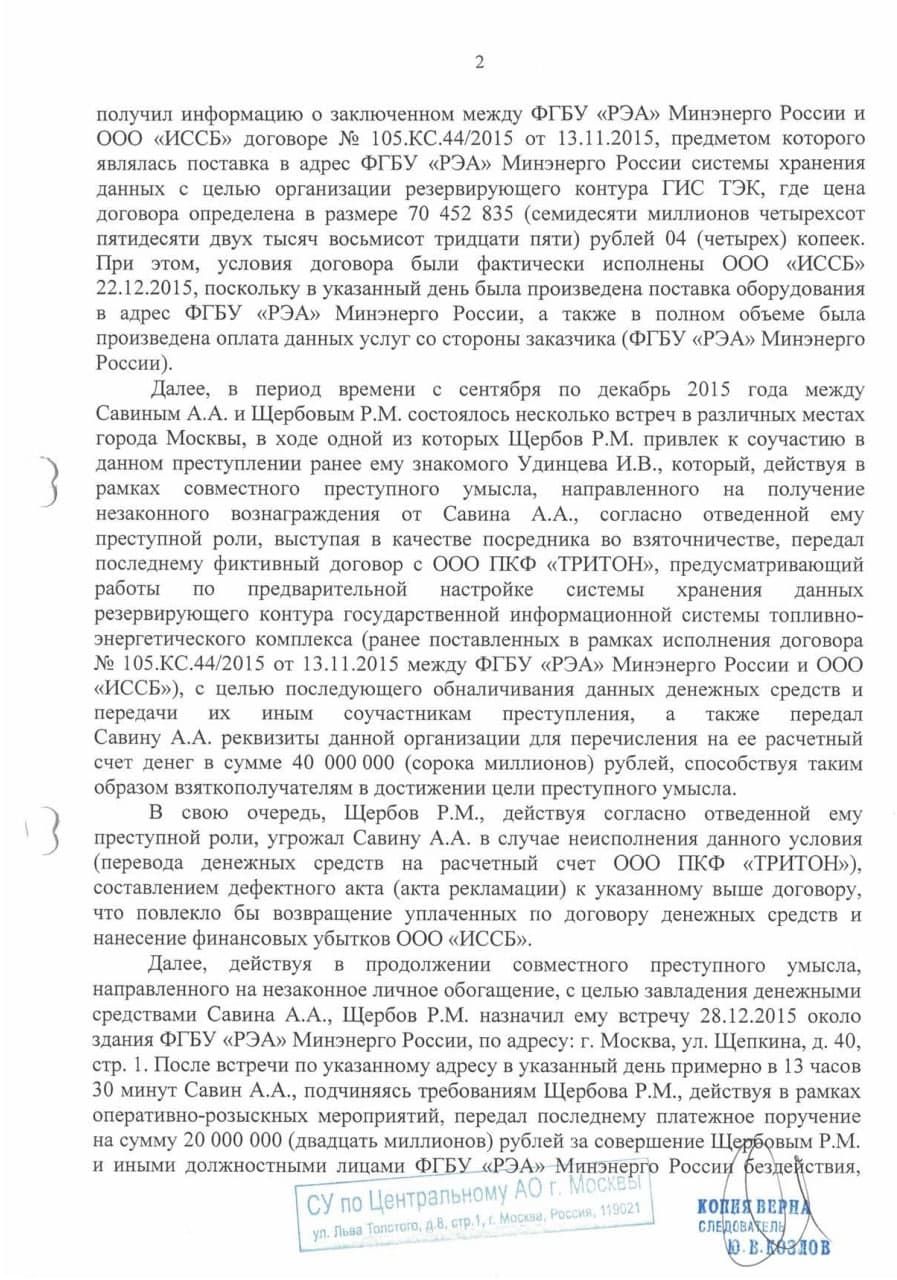 Alexey Savin recorded all subsequent conversations with Roman Shcherbov about deliveries on the recorder. Including how Shcherbov explained the advantages of purchasing cheaper Hitachi equipment instead of IBM equipment.

Roman Shcherbov said that his chief objects to the supply of IBM equipment due to the fact that the amount of their money that needs to be transferred as a rollback will be significantly less when supplying IBM equipment. The scheme, as it can be seen, was perfectly run in. 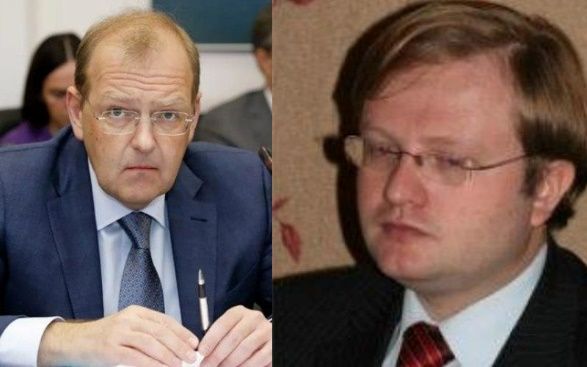 However, IBM could not refuse to supply equipment under the contract. And then Roman Shcherbov offered Alexei Savin to reduce the cost of the contract by replacing with cheaper equipment. At the same time, he promised that there would be no interference with the acceptance of the goods. And the millions that could have been saved due to cheaper configuration, ISSB was supposed to be transferred to the account of Triton Igor Udintsev, a long-time friend of Mr. Shcherbov.

It is understandable that Mr. Shcherbov checked all his steps with his immediate chief, Mr. Tikhonov.

How have events progressed? As Savin told the operatives, 2 contracts were concluded for the performance of fictitious commissioning and pledge of IBM equipment. The size of the bribe was determined at 40 million rubles.

After the trial launch of IBM equipment, one of the employees of the Russian Energy Agency drew up an act without a date, which indicated that the equipment did not correspond to what was stated in the state contract.

This act was fictitious. And it was supposed to serve as a guarantee of transferring a bribe from ISSB to the account of Triton.

It was this payment order for the transfer of 20 million rubles, as well as fictitious agreements signed between ISSB and Triton companies that Shcherbov ordered to leave the women's toilet in the ballot box.

Alexey Savin turned to the Internal Affairs Directorate for the North-Eastern JSC of Moscow. The signal went to the FSB, to the management of "P."

Alexey Savin focused the attention of the investigation on the fact that it was clear from Shcherbov's behavior: extortion of a bribe was not his personal initiative, but the initiative of the leadership.

The court found Roman Shcherbov guilty of committing a crime under Part 6 of Art. 290 of the Criminal Code. Shcherbov received 8 and a half years with a sentence in a maximum security penal colony. And a fine of 40 million rubles. But for some reason he did not sit for very long - already in 2018 he was released by parole. 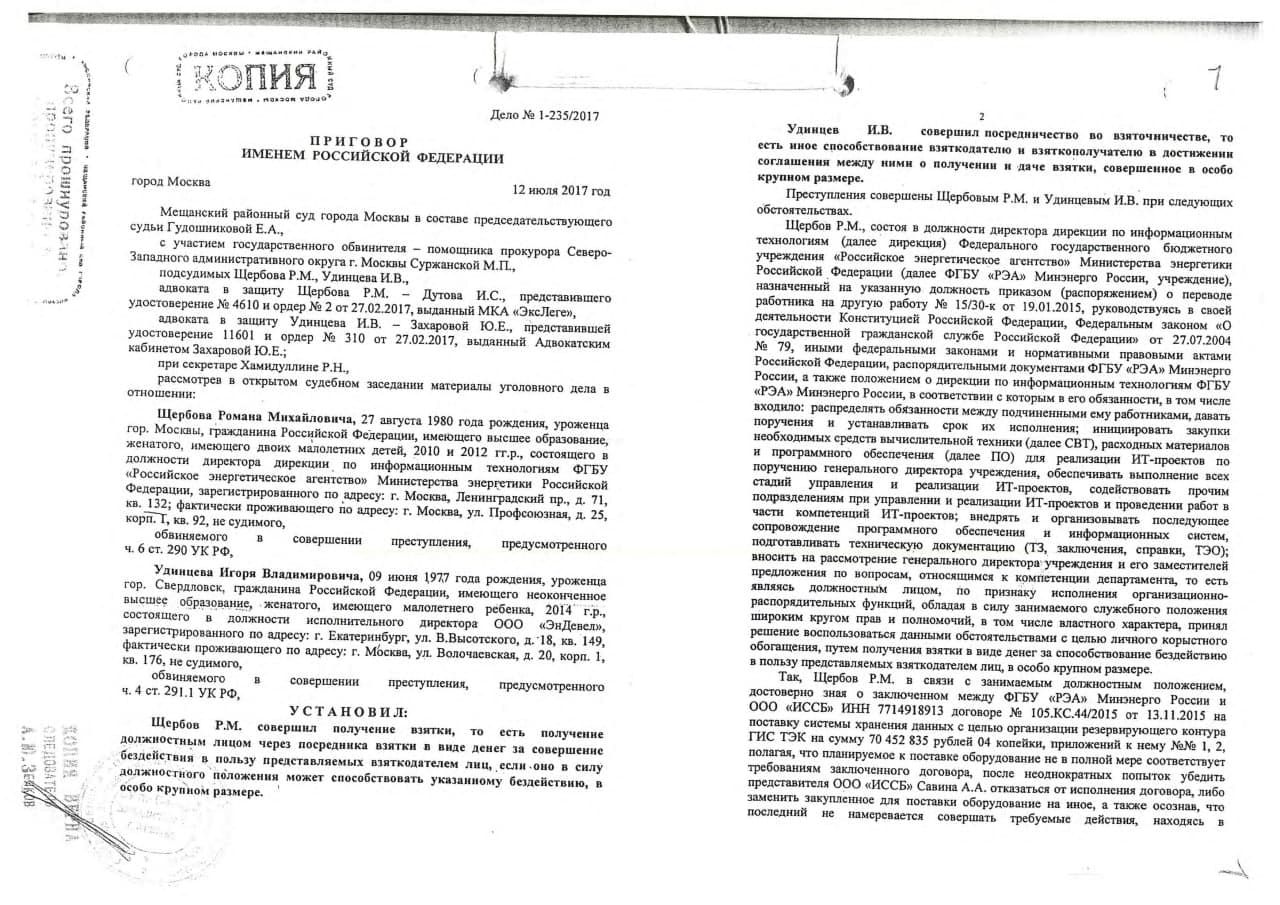 What else is curious?

After the arrest of Roman Shcherbov, the Russian Energy Agency immediately broke the contract with ISSB under the pretext of supplying inappropriate equipment. And demanded the return of more than 70 million rubles. 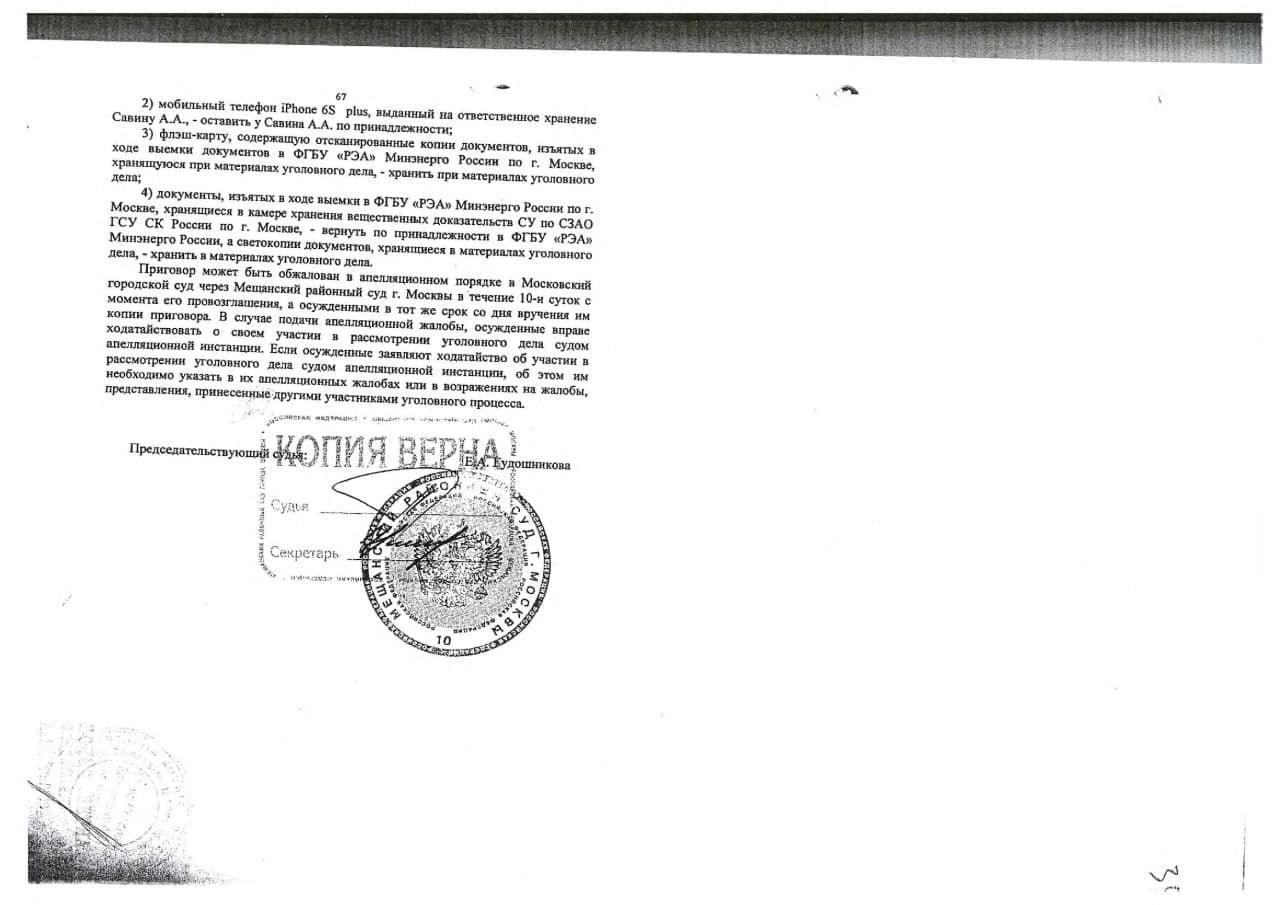 The company tried to challenge the termination of the contract, since the act of non-compliance of the equipment with the tender requirements was fictitious. And this document was produced by employees of the Russian Energy Agency as a lever of pressure to receive a bribe. Who gave the orders? 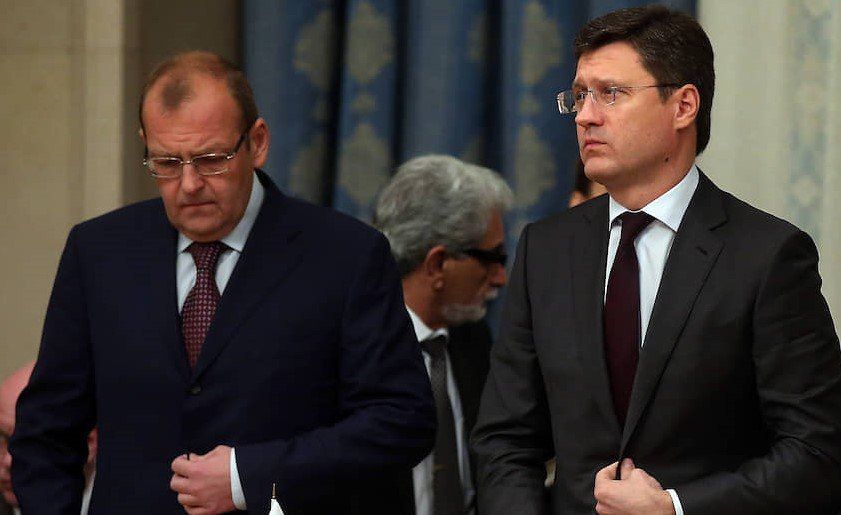 By the time Roman Shcherbov was released, the security forces were already checking against Anatoly Tikhonov. But it was still far from initiating a criminal case.

Moreover, Energy Minister Novak, apparently in order to distract trouble from his friend, made him his deputy in the fall of 2019. But this in the end did not help Mr. Tikhonov: a criminal case was opened against him in September 2020.

But in this story, as our informant testifies, there is another noteworthy episode: the case against Tikhonov immediately after initiation in the fall of 2020 was combined with another case, which the Ministry of Internal Affairs of the Russian Federation opened in March 2020.

According to investigators, employees of the Russian Energy Agency, when concluding contracts for the supply of equipment for the GIS fuel and energy complex, used forged documents to increase the cost of equipment by almost 110 million rubles.

At the same time, the auction documentation was compiled in favor of the companies Resource Service and Softline Trade, which attracted in order to steal budget millions. As a result, the equipment was delivered to FSBI REA at a deliberately high price, a large amount evaporated from the budget.

Both Udintsev and Shcherbov have already been charged in this case, they are charged with violating part 4 of Art. 159 of the Criminal Code (fraud committed by an organized group on an especially large scale). But the case file refers to the possible involvement in the commission of a crime of people against whom the investigation is underway (meaning Anatoly Tikhonov, etc.).

Therefore, both cases are united.

But after a criminal case was already opened, the Federal State Budgetary Institution "REA" of the Ministry of Energy began to cover its tracks and sue companies that were allegedly involved in deliveries at an inflated price. In particular, documents were filed with Softline Trade. 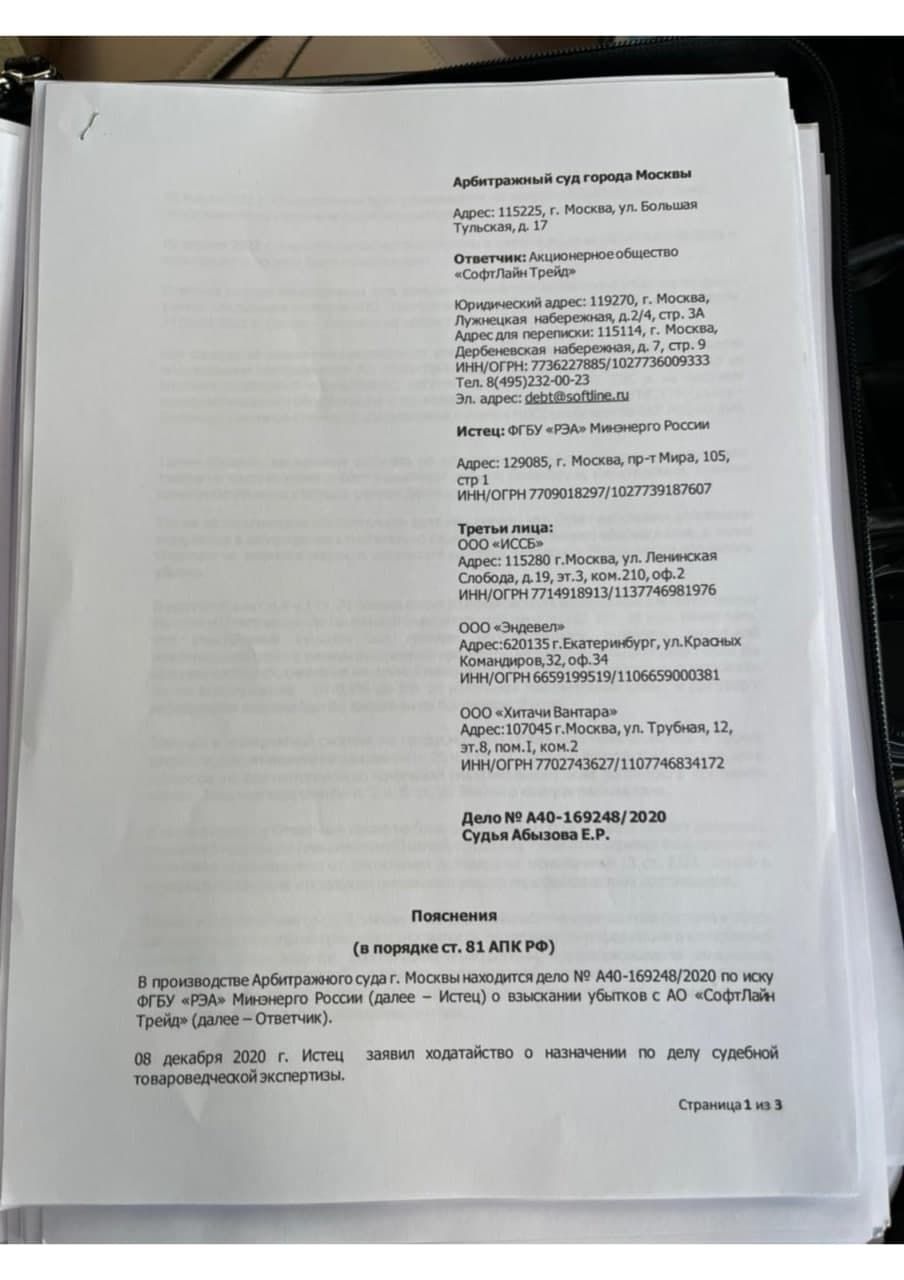 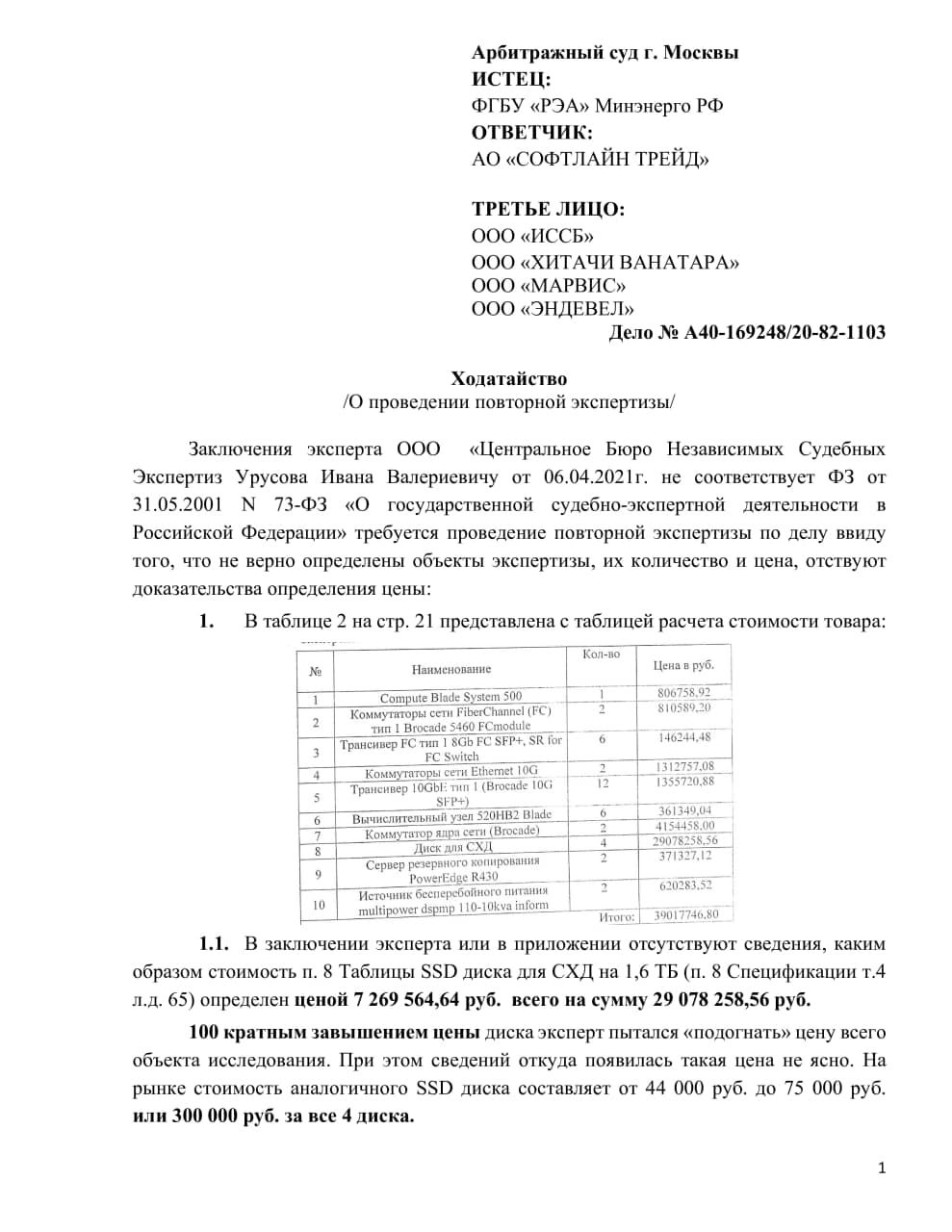 But there is a third criminal case, which can now be transferred to the TFR to be combined with other cases against Anatoly Tikhonov and employees of the Russian Energy Agency.

It turns out that Anatoly Tikhonov "worked out" in the sweat of the person for more than one criminal case?

And while Mr. Tikhonov is in jail, investigators have already discovered the luxurious overseas property of the "gray cardinal" of the Ministry of Energy: this is a cottage on the lake in Finland, and apartments in Monte Carlo (Monaco), and an apartment in Lugano (Switzerland). Found some real estate in France.

How many more will pop up?