Flying over the Russian aviation industry

Solving the problems of import substitution, under the leadership of Deputy Prime Minister Denis Manturov, head of the Ministry of Transport Vitaly Savelyev and other responsible persons, led to an even greater dependence of the aviation industry on foreign supplies.

Many "sanctions" problems in the domestic industry could have been avoided. The vulnerabilities of the Russian economy were known long before February 24. Among them - the strongest import dependence of civil aviation.

Instead of solving real problems and developing import substitution, those responsible for shaping the industrial policy of the person, first of all, the current Deputy Prime Minister, Minister of Industry Denis Manturov, were engaged in expensive projects, which in the end turned out to be the same import-dependent and only aggravated the problems.

How this happened and to which of the current top officials questions may arise about this - in the material of the correspondent of The Moscow Post.

Today it became known that back in June, Russian airlines appealed to the Ministry of Transport of the Russian Federation with a request to legalize the procedure for removing serviceable spare parts from aircraft to rearrange them to other cars. The same issue was raised in July at a conference at the Federal Air Transport Agency on the operation of aircraft in Russia in the summer of 2022.

Why this is needed is clear: we have been blocked from purchasing new liners and spare parts for them abroad. Therefore, the principle of technodonatory is used, when one aircraft uses suitable parts from another.

The scheme is sad. But currently only 1,367 aircraft are operated in Russia, 739 of them are foreign. That is, more than half, which means that it is impossible to do without donation now, while the legislative framework for such actions was not prepared in advance by the Cabinet of Ministers of the Russian Federation.

Not so long ago, Minister of Industry and Trade Denis Manturov became Deputy Prime Minister of the Government of the Russian Federation. I got a promotion when I could have been fired altogether for being unsuitable. After all, the problem of import substitution has been known for a long time, since 2014.

All this time, Denis Manturov, together with his comrade-in-arms and senior comrade, the head of Rostec, Sergei Chemezov, were engaged in the creation of expensive domestic Sukhoi-Superjet 100 and MS-21 aircraft, which cost the budget billions of rubles, but in the end they were still too import-dependent. The Moscow Post recalled this failure of the domestic aircraft industry quite recently.

But there is another side of the coin, also weightless. All these years, Denis Manturov, the head of the GTLK, the former Minister of Transport Yevgeny Dietrich, and his current replacement at the Ministry of Transport Vitaly Savelyev have consistently purchased foreign liners - for billions and billions of rubles.

Why was the bet not made on the refinement of domestic, the same Tupolev, or, at worst, on deeper cooperation with the same China in the framework of parallel imports? Instead, billions were sent to the now unfriendly Airbus, Boeing and others like them.

Let's move on to specifics: in April 2019, the Russian Government approved the purchase of 100 Boeing and Airbus aircraft for Aeroflot at once. Denis Manturov personally spoke about this with fanfare, adding that by 2023 every second plane in the Aeroflot fleet will be Russian. His words are quoted by TASS.

At the same time, he said that existing contracts for MS-21 would allow loading the capacity of the Irkut plant until 2027. Only he forgot to add that by the same medium-haul MS-21 (which was not ready then and not ready now) the share of foreign components was 60%. On "Sukhoi-Superjet" - 80%. Moreover, this data is already for 2022, they were cited by the president of the international association "Union of Aviation Engine Building" Viktor Chuiko.

At the same time, the purchase of such a number of airliners for Aeroflot took place with the incoming approval and supervision of the then general director of the enterprise, and now - the head of the Ministry of Transport Vitaly Savelyev. 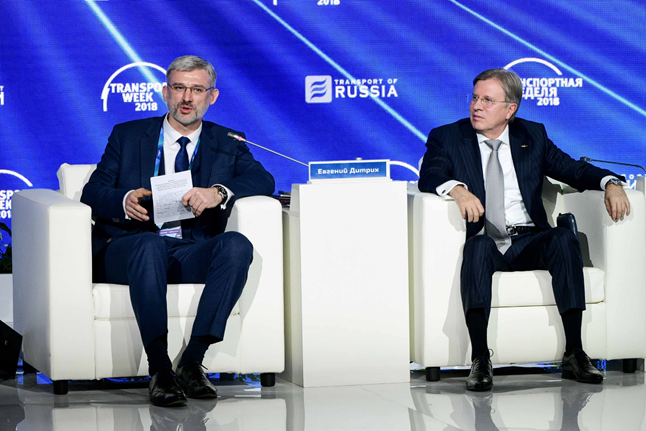 That is, he is also responsible for this. Like his predecessor in the Ministry of Transport, Yevgeny Dietrich (all these processes were under him). And for almost two years now, Mr. Dietrich has continued to oversee these processes already as the head of the State Transport and Leasing Company (GTLK). From whom to ask, if not from them?

There is reason to believe that in the purchase of foreign airliners, especially Airbus, and even in such a number (100 pieces) there could be a direct corruption interest of the above officials. Just when Manturov approved the deal for the supply of foreign aircraft, a major corruption scandal with Airbus thundered in the world - the largest bribery trial abroad.

An investigation into the international company Airbus SE, the world's second largest aerospace company, began in 2016.

In January 2020, the company entered into a Deferred Prosecution Agreement on the alleged commission of crimes by Airbus SE related to the inability to prevent bribery, which sets out the facts regarding the crimes committed. Each of the French, British and US prosecution authorities took responsibility for a number of geographic regions or customers and entered into its own agreement with Airbus SE. 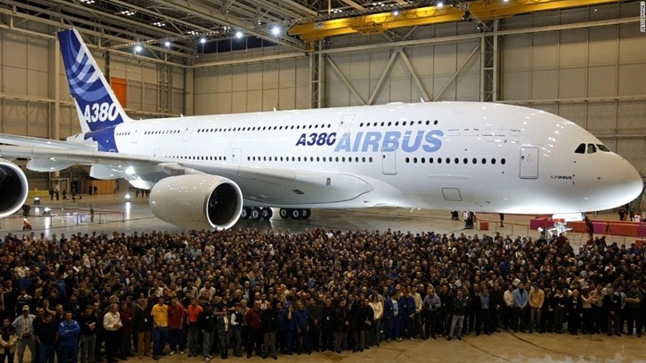 Airbus paid officials around the world to be contracted. What about Russia? Photo: wsjournal.ru

Revealed a corruption scheme by a British informant. As it turned out during the investigation, the company was engaged in bribery through intermediary consultants and its agents.

The question arises: and the agreement for the purchase of liners in 2019, which now probably will not be fulfilled - concluded with Airbus for bribes, or not? If so, who could mediate from the Russian side? Aren't the people of Denis Manturov, Yevgeny Dietrich (at that time - the head of the Ministry of Transport) and Vitaly Savelyev (Aeroflot)?

Separate story with sources of funding for civil aviation procurement. In 2021, following a meeting on the implementation of key projects of the civilian aircraft industry, it was decided to use funds from the National Welfare Fund (NWF) for their purchase. That is, from the very bins of the Motherland, which, in fact, should serve the development of domestic aviation. RBC wrote about this.

Very simple - loans from the largest banks in the country. That is, not only to purchase a lot of foreign equipment, scooping up from the "cube," but also to get into debt. An excellent plan, especially on the eve of a powerful geopolitical crisis, which narrowed the already very limited possibilities of the Russian budget.

There are many other markers showing that Russian officials reacted to import substitution in the aircraft industry without due attention. In 2012, the next version of the "Action Plan for Import Substitution in Civil Aviation" was adopted. 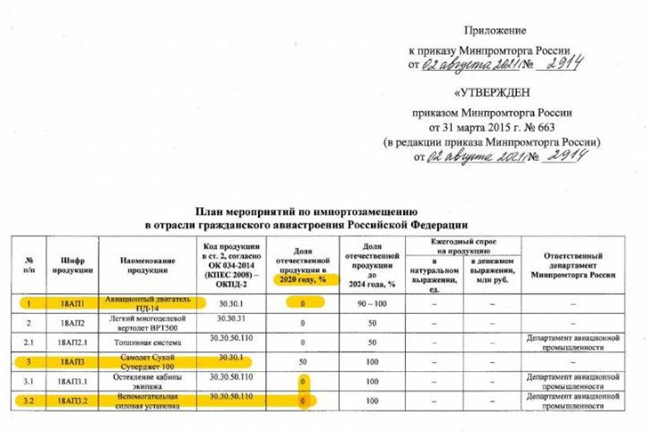 Whether they will have time to do this in the current conditions is a big question. But to summarize, it turns out that both Manturov and other "profile" worked more to the detriment of the domestic aviation industry than in the plus - and this is when a whole hail of international restrictions has already fallen on Russia. Foreign liners were purchased, the manufacturers of which have now refused to work in our country, and were purchased with budget money and with a possible corruption component.

There is a rule in aviation: each flight accident is necessarily subject to thorough proceedings, and the perpetrators are necessarily responsible. I would like to hope that those involved will definitely answer for the situation in which the domestic aviation industry has to "taxi to the runway" in extreme conditions.