A scandal erupts with the return to the air of Channel One of the TV presenter, who calls himself a "fashion historian," Alexander Vasiliev.

We will remind, on March 3, Vasiliev suddenly stated that, they say, I "have Lithuanian citizenship for more than 20 years." Further, the "fashion designer" called Russia an empire, essentially wishing it isolation, and wished Ukraine victory over the "invaders" - yes, over his viewers, whom he rested in the history of "fashion" on Channel One.

All this is published not somewhere, but on the official website of the Visaginsky municipality of the state of Lithuania, recognized by Russia as unfriendly (archival link).

Journalists of The Moscow Post tried to "pass" their "fashionable verdict" to Alexander Vasiliev.

With the beginning of a special operation to support the DPR and LPR, Vasiliev's program closed, the "TV" himself left for Paris, being left without television on the "First," without recognition of the audience of "Fashionable Sentence," without fame and most importantly, without past honor and respect. Such - frightened and gone away from Russia fighting Nazism, presidential press secretary Dmitry Peskov called "frightened," and the phrase "frightened patriots" entered the Russian language, it seems, forever. 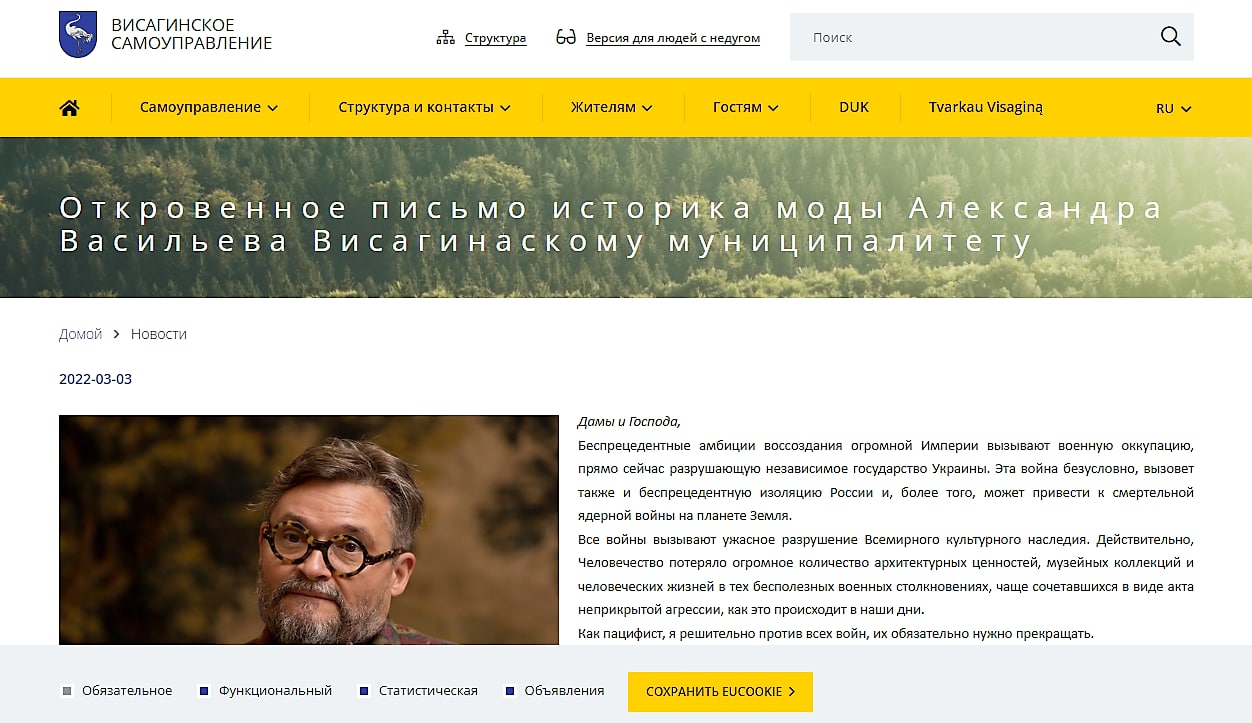 Screenshot of the "penitential letter" by Alexander Vasiliev. Photo: visaginas.lt

Considering that none of the journalists asked the opinions of the very fashionable Vasiliev about the military operation, and the TV presenter condemning the SVO still wrote, let's think - why did he do it then? The addressee of the letter was the self-government of Visaginas, a small town in northeastern Lithuania.

Now, three months later, the "frightened" Vasiliev returns - to the state "Channel One," where he receives a salary from the shows made by the Russian company "Red Square."

The audience learned about Vasiliev's return from his post on social networks, where, among other things, he seemed to announce new exhibitions and promised to lecture at the state Moscow State University. As a result, on May 28, the program "Tonight" was released, where Vasiliev took part in a duet with Nikolai Tsiskaridze. The latter, by the way, replaced in the show another "frightened patriot" living already in Israel, Maxim Galkin.

According to journalist Mikhail Shakhnazarov, quoted by RIA FAN, the appearance of Vasiliev The general director of Channel One, Konstantin Ernst, begins to probe the ground for returning to the First and other "frightened" stars and "patriots" - those who have already realized that without a Russian audience, their well-being is sharply sinking.

According to the authors of the site woman.rambler.ru, allegedly the permanent host of the TV show "Fashionable Sentence" has a house in the central part of France (where he probably stayed for three months), as well as a house in Lithuania, of which he is a citizen. In addition, he should have other real estate - in Moscow and Kaliningrad, on the Curonian Spit.

Modest Alexander Vasiliev takes inspiration from his personal collection of luxury and art objects, not embarrassed to admit his passion for journalists. Where the money for expensive collections comes from, we can assume: he estimates the cost of one of his lectures at $10 thousand.

And here is another line of income of the "fashion historian" - the organization of exhibitions: for example, last year's November "Yugendstil and Fashion" in Kaliningrad brought Vasiliev 4 million rubles. At the same time, the fashionable Vasiliev announced the creation of a paid museum of resort fashion in the center of Zelenogradsk - the entrance of 400 rubles from each burnt "nose" of resort workers.

And it is also curious that, according to the author of the blog stop_vasiliev on the Live Journal platform, allegedly, Vasiliev himself previously explained the availability of money for dresses of the "Victorian era" by the generosity of "cute millionaires." Whether Mr. Vasiliev is cunning about the "cute millionaires" is difficult to say, but only as if the "millionaires" were not... the most ordinary Russian taxpayer housewives are viewers of "Fashionable Sentence": giving "Channel One" huge ratings, and therefore money from advertising. Well, money from the state, of course.

Under the "wing" of Rotenberg

The show "Fashionable Sentence," as mentioned, is made by the studio "Red Square." The company belongs to Arkady Romanovich Rotenberg.

The business of the Rotenberg family is largely related to participation in state projects and with state financing, and here the number of state contracts of Krasny Kvadrat LLC, the manufacturer of the Fashion Sentence program with Vasiliev's participation, is great: the company acted as a supplier in the amount of almost 600 million rubles. Most of it is from the Ministry of Culture of Russia: 167 million rubles. Somewhere in this money and the salary of Mr. Vasilyev as a TV presenter of these shows. 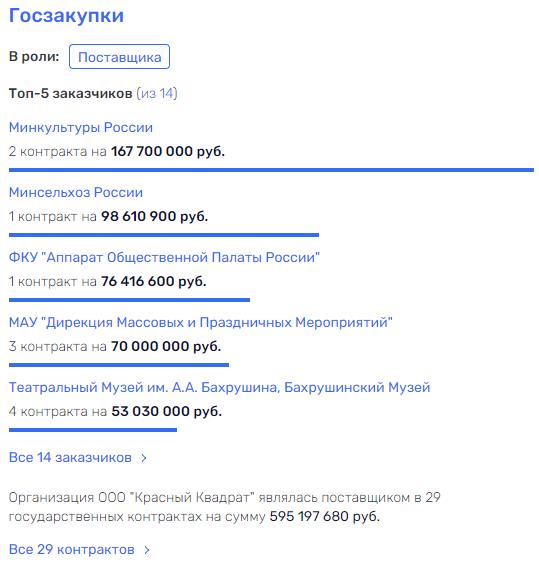 At the same time, at the end of 2021, the company received revenue in the amount of 3.5 billion rubles, but at the same time brought a loss of 2.4 billion rubles, and where did the billion-dollar difference go? Didn't they bring her into cash in different ways in order to pay for the works of TV stars like Vasiliev in cash? This practice of fees in cash, oh, as is common in a creative environment close to show business. Remember at least the safe full of cash TV presenter Ksenia Sobchak, which opened once when examining her apartment! He wrote about this Life.ru. 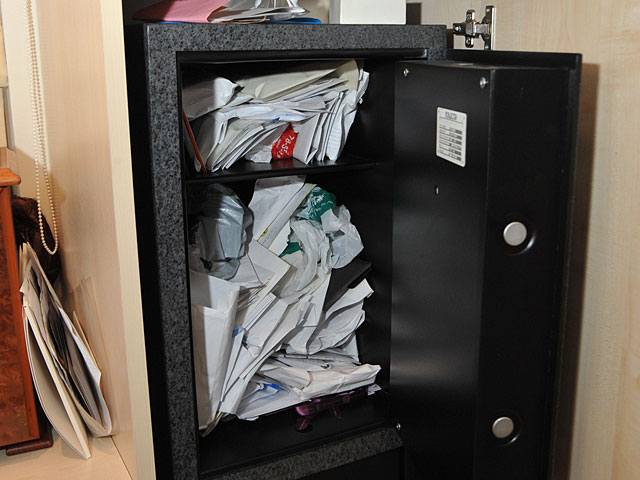 Safe, the possession of which was attributed to Sobchak - allegedly, with a considerable cache inside. Photo: vesti.ru

Well, cherry - the value of the assets of the company "Red Square" for the year fell by 2.4 billion rubles. Also, went to cash?

Without a doubt, other authors of all kinds of "penitential" letters and anti-Russian slurs from the cultural environment will reach out and have already reached out for Alexander Vasiliev. Surely soon we will meet again on TV, shows and concerts in Russia and Ivan Urgant, and Ksenia Sobchak, and many like them.

In a foreign land, hungry. But in the homeland, according to the authors of the kino.rambler.ru website, the same Ivan Urgant allegedly earned about $5.6 million a year. In addition, Ivan Urgant is often invited to conduct corporate events and celebrations - his performance as a host at the celebration will cost from 3.5 million rubles. In the New Year, the mark-up will be 40%.

Or the same "Ukrainian" Maxim Galkin, who previously regularly fell into the ratings of the richest celebrities in Russia, whose actions so decisively now "condemn" from Israel. As Komsomolskaya Pravda wrote, in 2020 he was in 18th position in the rating of stars with an income of $3.4 million, or 252 million rubles at the previous exchange rate. By the way, the already mentioned Ksenia Sobchak also appears in the same rating at the 15th position with an income of 326 million rubles.

So, for what money did he return "from Paris," perhaps becoming a little poorer, but not apologizing for his words to the Russians TV presenter Alexander Vasiliev? And how much will taxpayers cost the new programs of the "frightened patriot," who did not condemn Nazism in Ukraine and does not consider the SVO a liberation from fascism?