The Russian pseudo-liberal "opposition" continues its "outcome" to the West.

According to the correspondent of The Moscow Post, former State Duma deputy Dmitry Gudkov said that due to possible criminal prosecution in his homeland he left the country and went to Ukraine. He said that he was approaching Kiev, where he had long planned meetings and broadcasts. There is no doubt that today from the screens of Ukrainian TV there will be another stream of dirt against the Russian leadership, our political system, domestic and foreign policy.

Recall that a few days ago, the police raided the house of Dmitry Gudkov, as well as his father, as well as former opposition deputy Gennady Gudkov. They seized 50 rounds of 9 mm caliber to the Makarov pistol. The ammunition was in an apartment owned by Gennady Gudkov.

But questions for them may not appear at all because of cartridges. According to Vzglyad, Dmitry Gudkov and his aunt Irina Ermilova are suspected of causing property damage in the form of non-payment of debt under a lease. The case was opened on April 28 by the Main Investigation Department of the Main Directorate of the Ministry of Internal Affairs in Moscow.

The investigation believes that the damage exceeds 1 million rubles. The injured party is the Moscow City Property Department, the owner of the premises rented in 2015-2017 by Sector-2A LLC, which was headed by Ermilova.

At the same time, they were not charged, there is no information that Gudkov Jr. is an accused in the case. All the more indicative of his flight, and even precisely to Ukraine - the most unfriendly country towards Russia.

Ukraine today is a place where any anti-Russian rhetoric in official circles is perceived to cheers. Whatever Gudkov begins to talk about Russia and the current political and economic situation, he will be applauded.

Gudkov risks becoming another mouthpiece of anti-Russian propaganda, which has already become a whole galaxy of opposition-minded immigrants from our country. This is a former journalist, and now blogger Arkady Babchenko, who lives on Russia's foreign donations. And the propagandists are more serious - Savik Schuster, who was remembered for eating to Afghan militants from the times of the USSR. There - Evgeny Kiselev and many other "well-wishers."

At the same time, ordinary Russian men are simply not allowed into Ukraine. At least conscription age. But Dmitry Gudkov did not have any problems with this - apparently, a valuable frame is going, which will perfectly "work out" the asylum granted to him.

With the Gudkovs in general an interesting story. As often happens, having suffered a fiasco with his legislative initiatives and went bankrupt in the public sphere, Gudkov Jr., like his father, Gennady Gudkov, quickly "changed hands" and signed up for radical oppositionists who criticize the authorities. The very power in which they were organically embedded over the decades of their lives.

At the same time, it seems that Gudkov did not like to comply with the laws of the Russian Federation much. According to RIA FAN, with the election of a deputy of the State Duma due to the ban on engaging in commercial activities as a public service, Gudkov transferred his position as president of his security company "Ostrud" to the wife of Maria Gudkova, however, in violation of the rules, he remained the hidden owner of this structure.

But these are already details. The fact is that the radical and anti-state opposition in the Russian Federation has ceased to exist as a class. And the first person here, no matter how cool, is Alexei Navalny, who shunned the whole world with his fake poisoning, and the subsequent performance with his return to his homeland.

Now Alexei Navalny is serving a prison sentence. And few Russian Themis was as favorable to him as to him - they could close him a long time ago. In February, he granted the application of the FSIN and replaced the suspended sentence for Alexei Navalny in the case of fraud against Yves Roche with a real one. About this write Izvestia.

Is it a joke - according to the Federal Penitentiary Service, only in 2020 Navalny at least six times (from January to August) was not registered with the criminal executive inspectorate on the established days. It seems that such oppositionists call only for others to comply with the laws.

With the landing of Navalny, a large-scale epic with the Anti-Corruption Fund formed by him, recognized in our country as a foreign agent and extremist organization, ended. Now the security forces are investigating another criminal case of fraud with the theft of funds of the Fund, but this is also details.

The main thing is that all the masks were dropped. And to repeat the Ukrainian scenario, which did not take place in Belarus, it did not work in Russia either. All these oppositionists speak well from abroad, as, for example, a prominent FBK functionary Leonid Volkov who fled to the Baltic countries.

Not so long ago, he complained about searches of his parents in a "sanitary case" opened after an action in Moscow. Instead of coming and taking part in the investigative actions himself, he is trying to dehumanize the investigation and the entire law enforcement system of the country.

In the video, Ashurkov openly proposes to publish on behalf of FBK another pseudo-investigation, in which VTB Bank will be exposed as a threat to European financial markets and their integrity. Ashurkov also unequivocally hints that this will be useful to the British companies Lloyds, RBS, Barclay's. For this, he asks for a relatively small reward. About this writes Tsargrad. 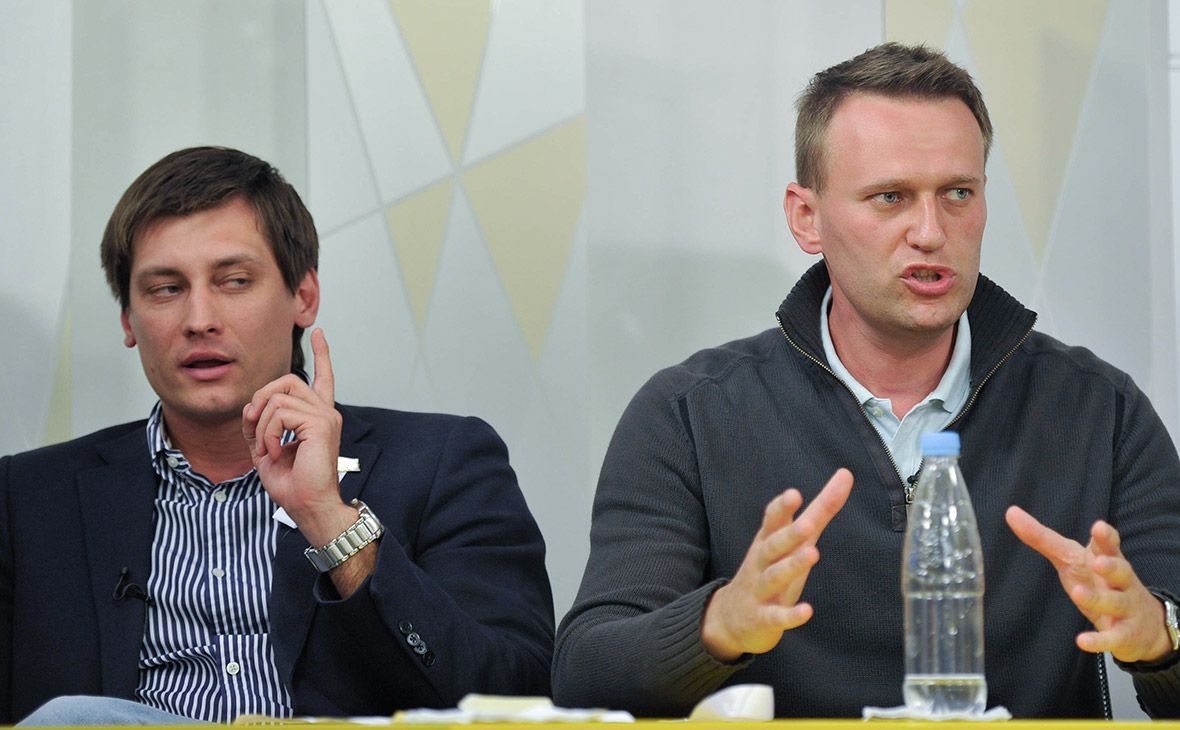 Unlike his opposition associate Alexei Navalny, Dmitry Gudkov decided to wait for the outcome of his criminal case from abroad

The irony is that the FBK representatives, who so violently denounce anyone, but not themselves, refused not that to explain themselves - to comment on such a video in general. And after that, they claim some kind of authority in society?

There are still enough of their supporters in Russia, both sincere and sincerely deceived. The leaders of the second or third echelon, for example, the scandalous lawyer of FBK Lyubov Sobol, remain here. There is a lot of noise from them, but they do not pose a real danger after the closure of funding channels.

But they continue both domestically and, especially, from abroad to urge their supporters (many of whom are under 18) to illegal protests, push them to violate the law directly on police batons. Not wanting to be responsible for their, as many believe, anti-state activities, they push passionarians dissatisfied with the country's economic problems to barricades.

One thing is pleasing - such tactics have already led to the complete drain of protest, which Leonid Volkov indirectly confirmed, refusing to hold new actions. However, they need to work out their allowance in Western countries, so provocations will still be. They have no other opposition for us.