"Advances" for the head of Kalmykia, Batu Khasikov, ended - not only ill-wishers are united against him, but also everyone who wants Kalmykia a better fate?

According to the correspondent of The Moscow Post in Kalmykia, clouds continue to thicken over the head of the Republic, Batu Khasikov. The eminent athlete who came to lead the region had every opportunity to reset the elite and really improve the socio-economic situation, but instead he was mired in political games and could not create his own, cohesive team.

Today it became known that the former first deputy chairman of the People's Khural of Kalmykia (parliament) Saglar Bakinova headed the local branch of the Vladimir Putin Support Committee. Bakinova is one of Khasikov's brightest opponents. At one time, she lost her position in Khural just against the backdrop of a conflict with the current head of the region.

As for the Committee, this organization was created by the President's nephew Roman Putin. And although the head of state himself has no relation to this socio-political force, this name in the list of opponents of Khasikov already plays to downgrade the current head. This is indicative.

And with the rating, Khasikov is doing poorly - both in the region and in the expert environment. Several figures: according to the results of 2020, the Agency for Political and Economic Communications (APEC) gave the Kalmyk leader 78 out of 85 possible lines. This was reported on the website of the organization.

A similar picture among the experts of Minchenko Consulting in the March ranking of governors of the State Council 2.0 - Khasikov was awarded three penalty points for regional conflicts. See the full version here.

Extremely unsightly positions for Khasikov, especially against the backdrop of the beginning wave of "governor." Recall that in just a few days the head of Tuva Sholban Kara-ool, the governor-centenarian of the Ulyanovsk region Sergey Morozov and the head of North Ossetia Vyacheslav Bitarov resigned. And for Khasikov this is still an acceptable option, because there were cases of the ex-heads of the Penza region and the Khabarovsk Territory Ivan Belozertsev and Sergey Furgal. 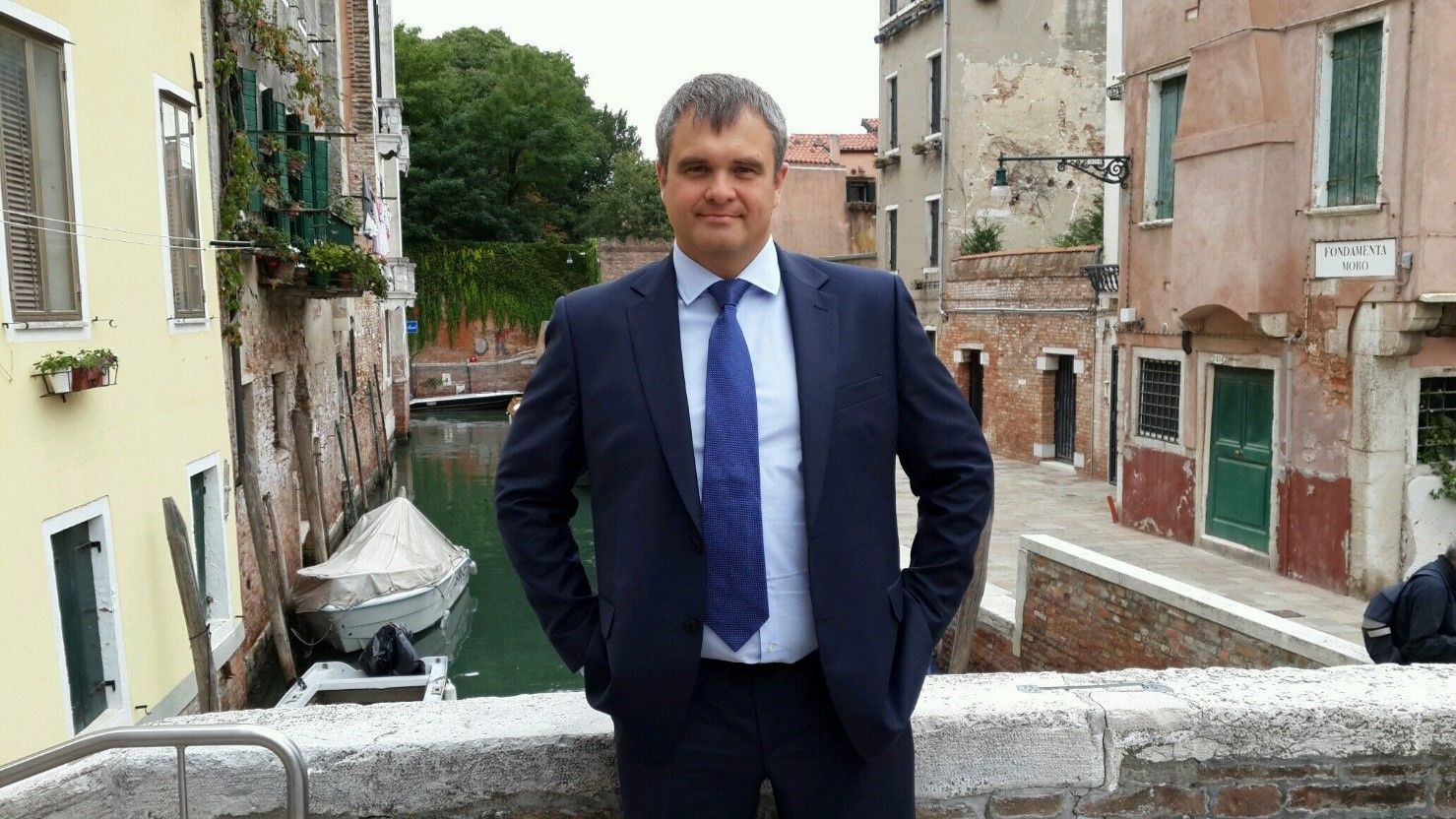 Roman Putin and his organization - among the new opponents of Batu Khasikov?

However, their option to Khasikov does not yet shine - there is no real evidence that he could be involved in corruption or other unseemly affairs. Nevertheless, according to evil languages, Khasikov is now among the first to fly.

What did Khasikov not succeed?

Kalmykia is one of the poorest regions of the Russian Federation, but under Khasikov continued to roll along the inclined. After about six months of his governorship, it turned out that Kalmykia became the record holder for bankruptcy of citizens, Rossiyskaya Gazeta wrote about this.

Then the governor's PR officers could justify that there was little time, and this is inertia. But everyone perfectly remembers that before his governorship, Khasikov represented Kalmykia in the Light of the Federation (2012-2014), and even earlier he was a deputy of the People's Khural. Did he not understand the nature of the tasks facing him?

Yes, and what to surprise bankruptcy if, as ViasAm writes, according to the results of 2020, the average level of salaries of social workers in the Republic is 20 thousand rubles, cultural workers are a pathetic 14 thousand rubles, school teachers, teachers - 13.4 thousand rubles. Could Khasikov not influence this in two years? How do people live on this?

The elephant in the dish shop?

Batu Khasikov - eminent athlete, kickboxer. He brought a lot of glory to our country in the ring, but the explosive character of the champion clearly did not come to the court in a big political game in Kalmykia. The main failure of the official - he could neither reset the elite nor become his own for the current one. The result is a series of political conflicts that ended in high-profile scandals.

In October 2020, when local parliamentarians realized that they would not work with Khasikov, the confrontation went into an active phase. In Khural, a whole interfracial group was formed, which included United Russia, Communists and Spravoross. They demanded the resignation of the head of Kalmykia, accused him of losing control over the political situation in the region. Experts called prose reasons - conflict multiplied by unprofessionalism.

It even came to writing a letter to President Vladimir Putin. There, parliamentarians expressed the opinion that Khasikov is not able to make decisions on the socio-economic development of the region, does not own the situation and discredits not only local authorities, but even the head of state himself. A separate topic was the failures of the regional government in the fight against the coronavirus pandemic. 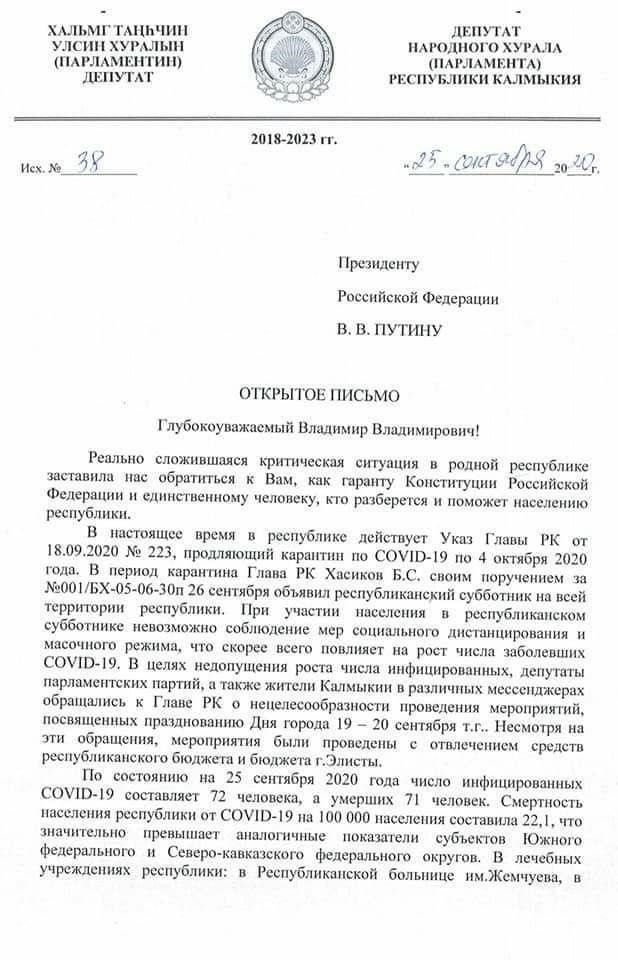 Returning to the Committee of Support of Vladimir Putin, all participants in the demarche against Khasikov in Khural joined its composition. Even more unpleasant for Khasikov was the fact that shortly after his visit to Kalmykia, the founder of the movement, Roman Putin, called the Kalmyk experience of creating an inter-factional group "positive."

"In Kalmykia, people are tired of not being heard by the local, republican authorities. Often - visiting representatives of this government. Few outside teams can build constructive relations with local elites. In Kalmykia, this did not work, Kommersant quoted him as saying.

Speaking of visiting representatives of the authorities, he probably had in mind the current mayor of Elista Dmitry Trapeznikov - an ex-figure of the Donetsk People's Republic. They say that Khasikov was imposed on him by Vyacheslav Surkov, who was working in power at that time, but people met such a decision with bewilderment.

According to rumors, Trapeznikov was simply pushed through the Elistinsky city assembly, allegedly not without the use of measures of influence and inspiring conversations in the office of the head of the region. The result was unauthorized protests - people were against the fact that the authorities did not take into account their opinion.

The game of pressure is something that has long been trying to attribute to Khasikov. According to the Volga-Caspian publication, the very lady Saglar Bakinova, who now ended up in the Putin Support Committee, openly stated that Khasikov allegedly personally demanded that she resign, hinting that if she refused, she could have problems with law enforcement agencies.

It looks wild - but not against the background of other rumors about Khasikov. According to the authors of the Sneg.tv website, allegedly back in 2011, Khasikov was carefully removed from the Youth Primaries held by the Young Guard of United Russia - as if for threatening other contestants.

Later, information appeared on the network that Khasikov could beat 49-year-old hand-to-hand combat instructor Vadim Starov. Later, the latter turned out to be a "duck," but the reputation of Fizruk, as Khasikov was dubbed by detractors in the region, was even then ambiguous. 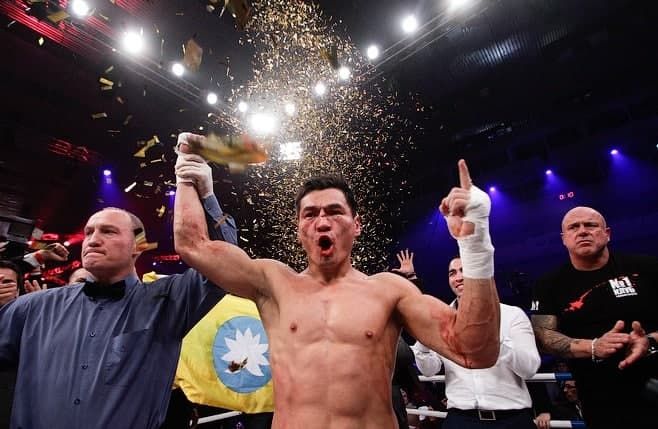 In addition, the nickname "Fizruk" came not only from Khasikov's sports past, but because of rumors that he could "splagger" most of his Ph.D. dissertation. According to Gazeta.ru in 2016 he was deprived of his scientific degree, because it turned out that in his work he incorrectly used borrowings from other dissertations.

In general, the picture is very unsightly. But Khasikov had every chance to prove himself. These chances were given to him. He received his last advance in February 2021, when, due to the difficult situation in the region, the head of the Cabinet of Ministers Mikhail Mishustin visited there. Then, at the insistence of the Prime Minister, he was shown the most problematic points. First of all, a water pipeline that cannot be completed for 15 years.

Yes, Kalmykia is still experiencing water problems in the 21st century. If on average in Russia 85% of the population have access to clean drinking water, then in Kalmykia - only 7%, and in the capital of the region - Elista - 0%. About this wrote Moskovsky Komsomolets. It's a shame!

The completion of the water supply is also one of Khasikov's tasks that he could not cope with. Nevertheless, he got more time to achieve at least some progress and make peace with the elite. A few months have passed - now there.

No one distributes more "advances" to Khasikov. Elections are approaching, and the Presidential Administration has about five more months so that someone who can come instead of Khasikov will get into the processes and establish mutual understanding with the elite. Otherwise, the party of power is waiting for a defeat in Kalmykia, for which the current head of the Republic will be responsible.