In the Saratov region, a peculiar record has been set: 5 148 orphaned children are on the housing waiting list, and more than 2 000 residential buildings are considered decrepit.

A video from the city of Saratov, in which the operator demonstrated "wobbling" walls and ugly window frames in a new building appeared in social networks. The publication appeared on the Instagram account of adherents of the State Duma of the Russian Federation speaker Vyacheslav Volodin. During his last visit to Saratov, Mr. Volodin pointed out to the authorities of the Saratov region that the budget millions allocated for the construction of homes for socially vulnerable groups of citizens, including orphaned children, were not used effectively.

Komsomolsky LLC turned out to be the developer of "wobbling" house while the contractor was JSC Saratovoblzhilstroy. The owner of both offices is the infamous Deputy of the Saratov Regional Duma Leonid Pisnoy. The one who a few years ago got into a loud scandal with the purchase of the seat of the Governor of the Saratov region. But Pisnoy managed to come out clean from a dirty story.

The appearance of the video with the "anyhow" house Mr. Pisnoy explained using a joke of the builders. And you could believe this joke, if you do not know how exactly Leonid Pisnoy built  some other objects in the Saratov province.

Does it mean that Governor Radaev, knowing about the "quality" of construction of social facilities, nevertheless, does not interfere in the process?

The Moscow Post reporter wanted to get an answer to this question.

The Prosecutor's office of the Zavodsky district began checking reports of violations during the construction of the house intended for orphans and displaced persons from emergency housing.

The house captured on video is located in Saratov in the Second Azov passage. And, indeed, it is being built as social housing. As already mentioned above, both the developer and the contractor is one person - Leonid Pisnoy. Finishing works are carried out by Slavyanka LLC: 100% in this office belongs to a certain Arsen Aliaskhabov.

So far, it is known that Deputy-businessman Pisnoy was called to the Prosecutor's office of the Zavodsky district. Investigation has started. As a result of the check, response measures will be taken. This is reported by Echo Moskvy v Saratove.

Meanwhile, the Main Directorate of economic security and combating the corruption appealed to the Prosecutor's office and the Ministry of Internal Affairs of the Saratov region with a request to check the implementation of the program to provide housing for orphans in the region. 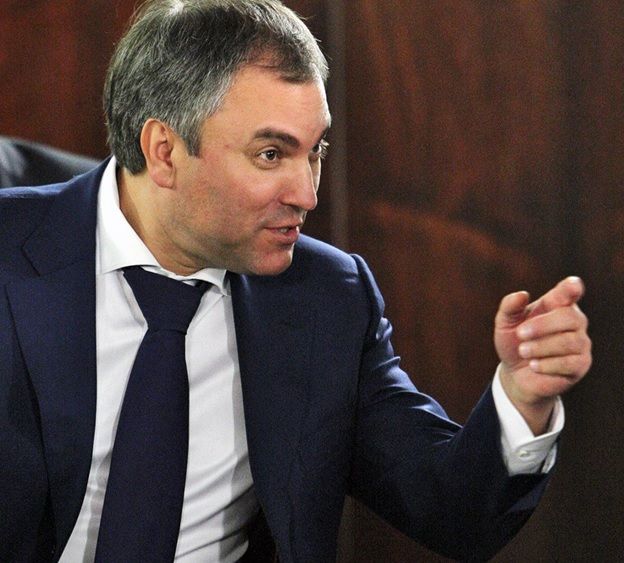 Vyacheslav Volodin is a frequent guest in his native Saratov

In 2019, according to data provided by the State Duma speaker Vyacheslav Volodin, 763.5 million rubles were allocated for apartments for orphaned children. Only 389 people were provided with housing, although 771 people were listed in the plan. This is reported by Kommersant.

Today, 7 978 people are on the waiting list for square metres, including 5148 orphans. Further, 2,652 people received court decisions: but these decisions are not enforced.

Governor of the Saratov region, Valery Radaev, admitted the failure of the program. And he noted that resources, as well as opportunities, were not used to the full extent.

But why? Maybe the resources themselves, as well as the opportunities, went in a different direction?

Governor Radaev also admitted the following fact: a monopoly of one construction company was created in the housing construction market, particularly, in the category of standard housing. And this affects the pace of construction, as well as the volume and quality. This is what Kommersant writes about.

And for some reason, a considerable part of orders for the construction of social housing are received by Mr. Pisnoy's companies. 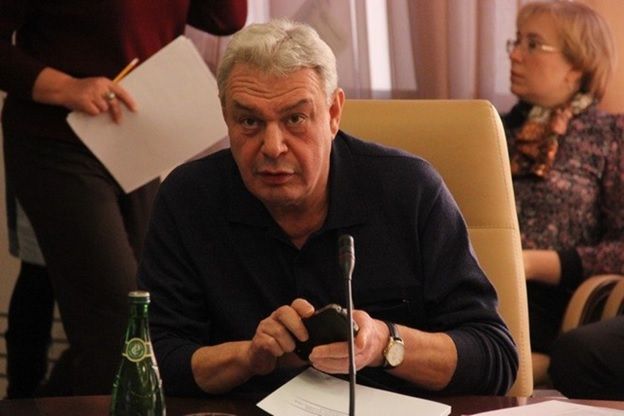 At a meeting of the working group of the Committee on Housing, Construction and Communal Policy, a shocking admission was made: orphaned children are forced to wait for an average of 11 years for housing provided by law.

Officials could not clearly explain what this may be related to. After all, this burning issue is being solved more successfully in neighboring regions!

Meanwhile, the performance indicators of Saratovoblzhilstroy JSC continue to surprise: not so long ago, this office of the Deputy-businessman Pisnoy was fined for violations on the construction site of house No. 3 on the Second Azovsky passage for 100 thousand rubles. This is reported by the IA SarInform. 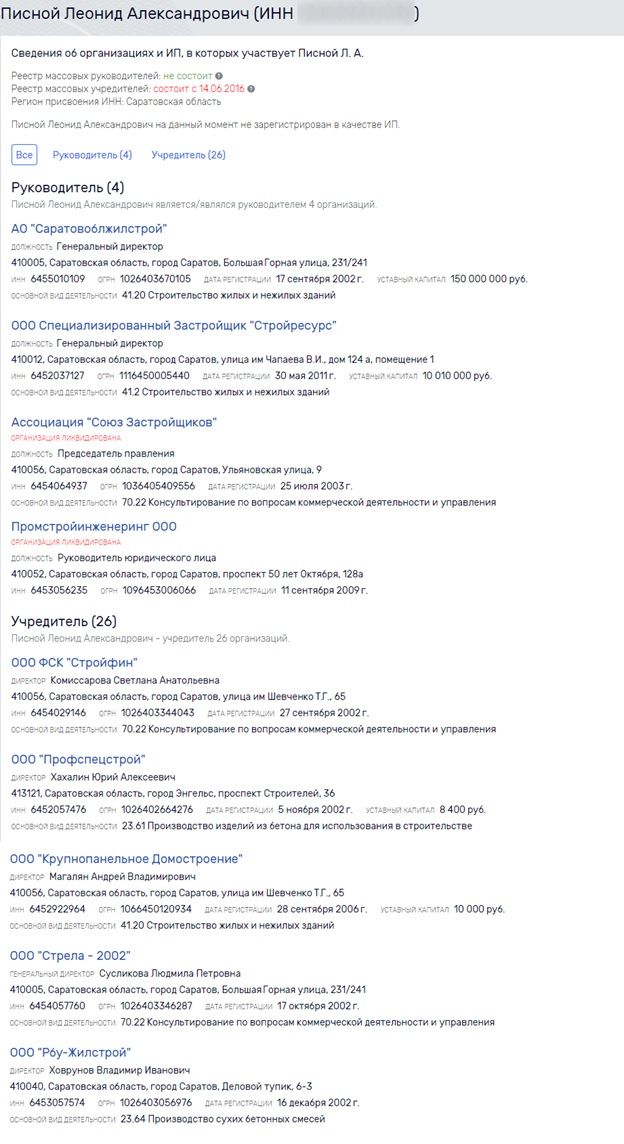 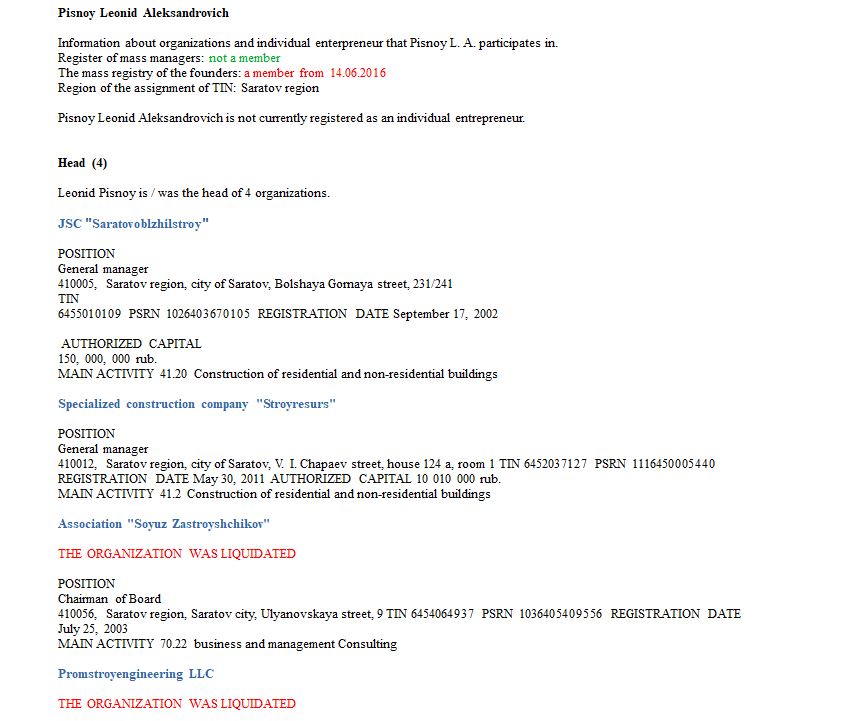 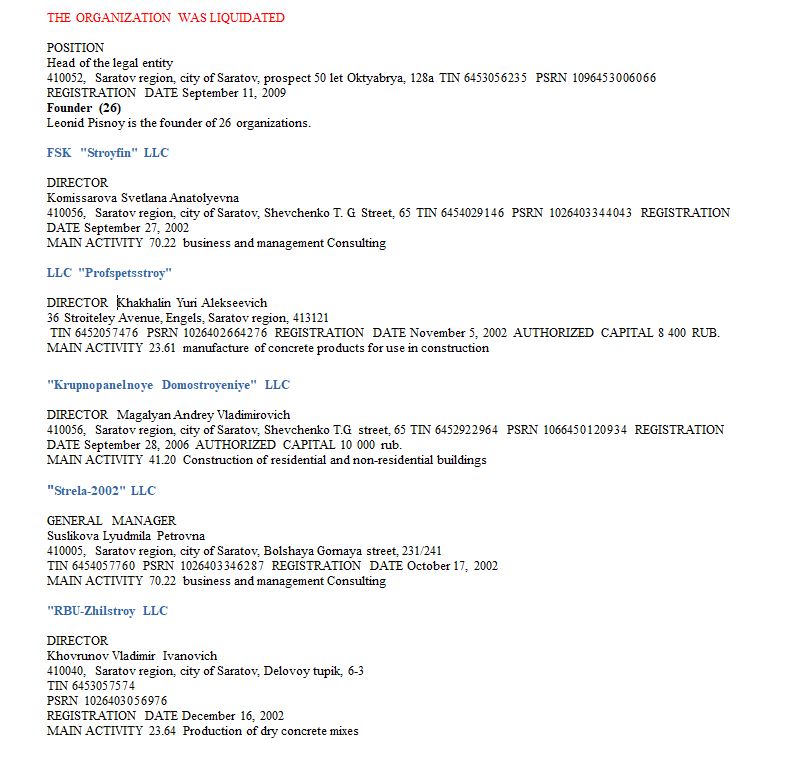 JSC Saratovoblzhilstroy tried to challenge the fine in court. But the developer's arguments were rejected in the courts of two instances.

Almost at the same time, State Duma speaker Vyacheslav Volodin visited Saratov, where he sharply criticized local officials. Mr. Volodin did not know then what was happening with the construction of the house for orphans on the Second Azovsky passage.

The reason for criticism was the situation with the construction of the embankment. What we've built up is already falling apart. And the additional allocated 129 million rubles disappeared in an unknown direction.

However "corruption" cases against officials fall apart! This is clearly seen in the unseemly activity of the Deputy Pisnoy. But more on that later.

And although there have been many arrests in the region, the correct conclusions do not seem to have been drawn.

Who has been captured recently? Count your fingers. 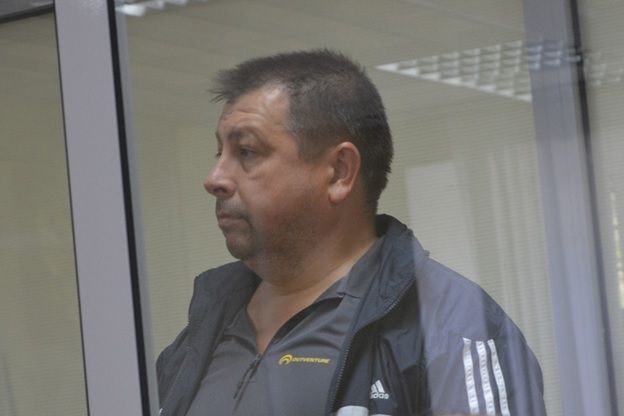 Head of the Department of public prosecution of the Prosecutor's office of the Saratov region Vladimir Chechin was detained on charges of large-scale bribery. The memorable operation was carried out by employees of the Federal Security Service. Investigators found 10 thousand dollars and 750 thousand rubles in Prosecutor Chechin's Nissan Teana car.

Police officers detained the "cousin" of Governor Valery Radaev, former Head of the EMERCOM of the Saratov region Igor Kachev. The Governor's cousin was charged with abuse of office related to fraud in public procurement. This was reported by PASMI.

Igor Tkachev immediately admitted his guilt. And even resigned from a high position. On June 6, 2020, it became known: although the investigation gathered the necessary materials, and the suspect admitted his guilt, Mr. Kachev was completely acquitted! It was written about by Izvestiya.

Let us continue. The Saratov regional court did not cancel the decision made in April this year to return the case of Deputy and former Director of JSC Avtokombinat-2 Andrey Belikov to the Prosecutor. Mr. Belikov was also a member of Governor Radaev's inner circle. 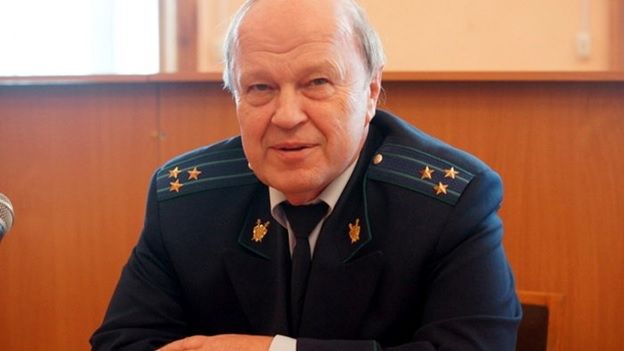 Belikov was accused of major fraud, allegedly by a clever maneuver, he stole 450 million rubles from the budget in the form of subsidies for the transportation of preferential categories of passengers. It was written by Kommersant.

Mr. Belikov was detained in the summer of 2018. But his measure of restraint was quickly changed to house arrest.

Another high-profile case, which is being investigated against former Chairman of the Regional Сшмшс Chamber Alexander Lando, is connected with Andrey Belikov.

Mr. Lando is suspected of fraud on a particularly large scale. According to investigators, back in 2014, that is, after two years of Radaev's tenure as Governor, Lando promised Deputy Belikov to help, thanks to which his Avtokombinat-2 could win a large number of items. Belikov seemed to pay Lando 150 thousand rubles a month. 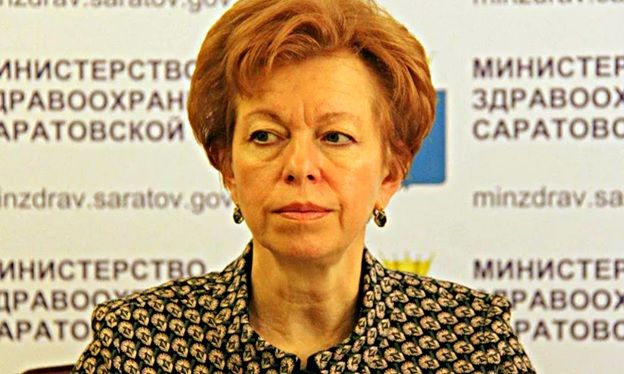 Minister of Health of the Saratov region Natalia Mazina

It should be recalled that in January 2020, a criminal case was initiated against several employees of the Ministry of Health of the Saratov region. Officials were caught buying medical equipment.

Minister Natalia Mazina was also under investigation. But soon she was "cleared".

Can Mr. Radaev have some secret services that we don't know about? It seems that there are none. But with a "minus" sign – a lot! 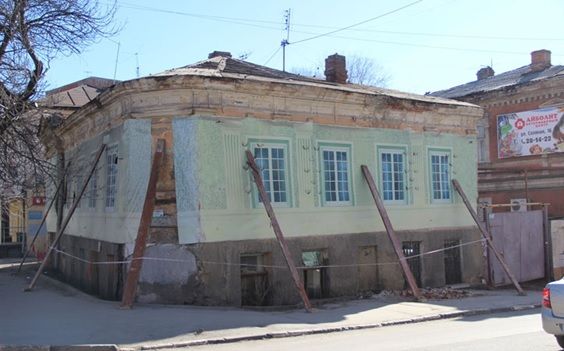 In March this year, it became known that 243 apartment buildings were recognized as emergency ones in the region.

"These houses are no longer included in the settlement program until 2025," Deputy Prime Minister Roman Busargin told the Regional Duma during parliamentary hearings. This was written by Nasha Versiya. Saratov.

There are another 1 850 houses in the region, whose wear and tear is approaching 70 %. They are in limbo: on the one hand, these decrepit buildings are not included in the resettlement program, on the other, they may be excluded from the program of major repairs. 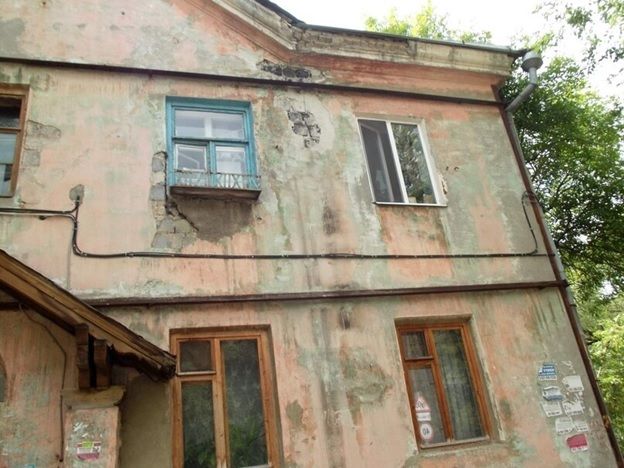 There are 1 850 houses in the region, whose wear and tear is approaching 70%.

In the event that a residential building collapses or, God forbid, burns in a fire, the authorities are required to relocate residents maneuverable fund. Such funds are available in Saratov, Balakovo and Engels.

And now, against the background of this wild devastation in the city of Saratov, a fresh declaration of the same Mr. Pisnoy appears. And dozens of rich Saratov officials. Journalists in Saratov know how to count well: the income of the richest and the income of the poorest Deputy of the Regional Duma differ by 620 times! 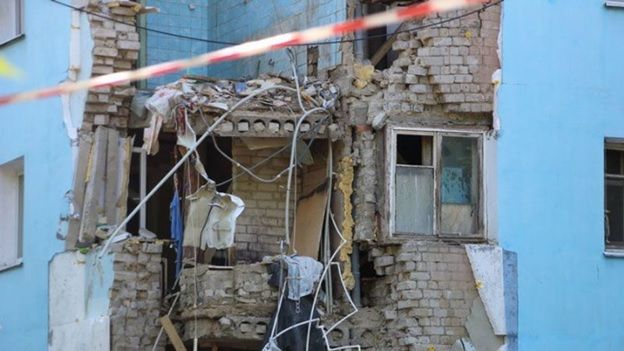 Nobody hurries to relocate people from collapsed houses in Saratov

The wealthiest Deputy was General Director of the Saratovoblzhilstroy company Leonid Pisnoy (the "poorest" - Stanislav Denisenko).

Over the past year, 2019, Pisnoy earned 74.5 million rubles: this is 28 million rubles more than in 2018. This is written by SaratovBusinessConsulting.

Mr. Pisnoy declared a huge amount of movable and immovable property without a shadow of embarrassment.

How does it work so well for him: to build something unclear, to withdraw money from the budget and get rich year by year? 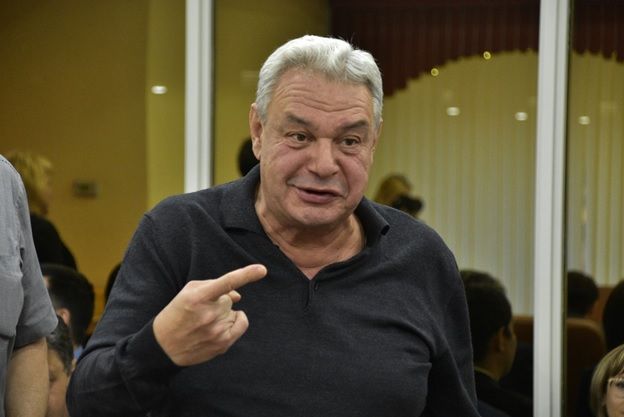 While orphaned children are waiting for their apartments for 11 years, Leonid Pisnoy collects retro cars

Is Mr. Pisnoy, apparently, included in the inner circle of Governor Radaev?

But he once started as a simple foreman on the construction of Saratov. Then he became chief engineer of the state construction trust company. Later he privatized CJSC Saratovoblzhilstroy. And immediately sat down firmly on state contracts.

In the spring of 2015, residents of a cottage village in Zonalny complained. The fact is that  Pisnoy's companies illegally erected 29 six-storeyed houses at once, on land intended only for individual construction. The construction was underway, but no one thought about infrastructure. The issue of sewage was not even resolved. This was reported by the publication Obshchestvennoye Mneniye. 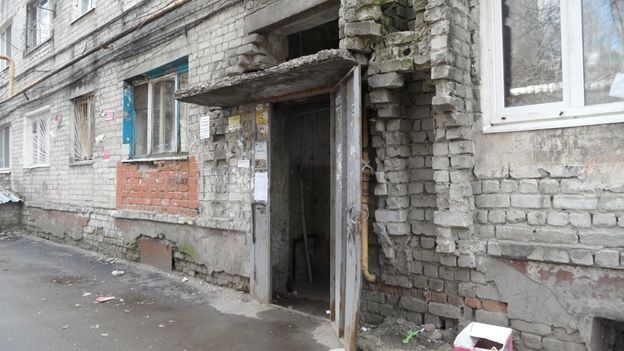 In addition, as it turned out, firms associated with Pisnoy, a dozen times passed this site to each other for only 20 thousand rubles.

At the intersection of Moskovskaya and Stepan Razin streets in 2009, Pisnoy built a huge house with a variable height from 9 to 14 floors. And this house stood for many years, being uninhabited. However, the house was commissioned without elevators, gas, water and heating, despite the fact that the developer (Pisnoy) undertook to provide full infrastructure. 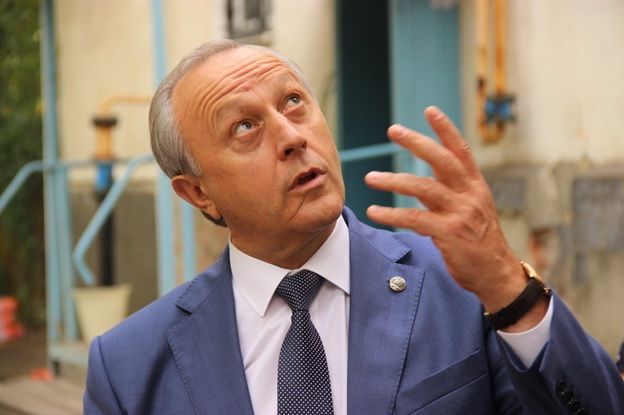 In this house, Leonid Pisnoy should have got 58% of the apartments, however, at the beginning of construction, the developer voluntarily sold 70% of the housing to shareholders. For some reason, the law enforcement agencies were not interested in this information.

Leonid Pisnoy admitted to the media that the city administration has a "ten percent rollback rule" when conducting competitive licensing work. This is reported by SaratovBezformata.

Now it is clear why there are so many waiting lists for housing in the Saratov province. And why are there so many so-called favelas (read-slums) in the city of Saratov itself: the main developer has long and persistently rowing everything for himself, but, of course, shares with whom it is necessary...

This is why 5148 orphaned children can wait another 11 years for their square metres.