Family secrets of the "Pokrovsky" court

While Senator Rukavishnikova continues to pressure independent media, investigators are looking for her ex-wife, who is under the criminal case of Andrei Korovaiko in the afternoon with fire.

The Moscow Post journalists did not have time to cover the situation with the claims of Senator Irina Rukavishnikova to the media regarding the indication of her marital status, as our editorial board received the same requirements. Namely, to delete information that representatives of Rukavishnikova regarded as personal data not subject to publication.

Rukavishnikova's claims are related to information about her former marriage to the owner of the Pokrovsky agricultural concern, which does not go off the agenda due to a criminal case against his leadership. Including Andrei Korovaiko himself, with whom Rukavishnikov has a long-standing relationship.

Recall that Korovayko, his partner Arkady Chebanov and a number of others are suspected of extortion, as well as bribery or coercion to testify or refuse them. Earlier, searches were carried out in their offices, several people were detained. However, among them there is neither Andrei Korovaiko nor Arkady Chebanov.

The investigation believes that they extorted land from farmers, forcing them to refuse to testify on these facts. The concern itself is based in Rostov-on-Don, but its agro-industrial complexes are concentrated in 15 districts of the Krasnodar Territory. About this writes "Kommersant". The correspondent of The Moscow Post in the Rostov Region understood the validity of the senator's requirements.

As for Korovayko and Rukavishnikova, they divorced in 2011. Many considered their divorce fictitious, and tried to connect Rukavishnikova's work with Korovayko's activities. In addition, many media outlets wrote about their past kinship.

The other day, one of them received a demand from representatives of Rukavishnikova to delete information about her marital status, since this is personal data. But this demand was addressed to the media, and not to a frequent person. In addition, this information is well known. The senator's demands came to several publications at once. The situation in one of them, the online publication "South News Service," yesterday covered The Moscow Post.

Today, we ourselves received similar requirements - to remove references to Rukavishnikova's marriage from our articles. As the famous Rostov journalist Sergei Reznik noted in an interview with our publication, Rukavishnikova, as a doctor of law, cannot but understand that the requirement from the media to remove any reliable references to it contradicts not only media practice, but also common sense.

Rukavishnikova can take advantage of the fact that the media do not have the resources for a long judicial confrontation with a resource politician. Therefore, "it is easier to simply remove and forget," says Reznik. This is what the Southern News Service did, probably not wanting to get involved in legal proceedings. 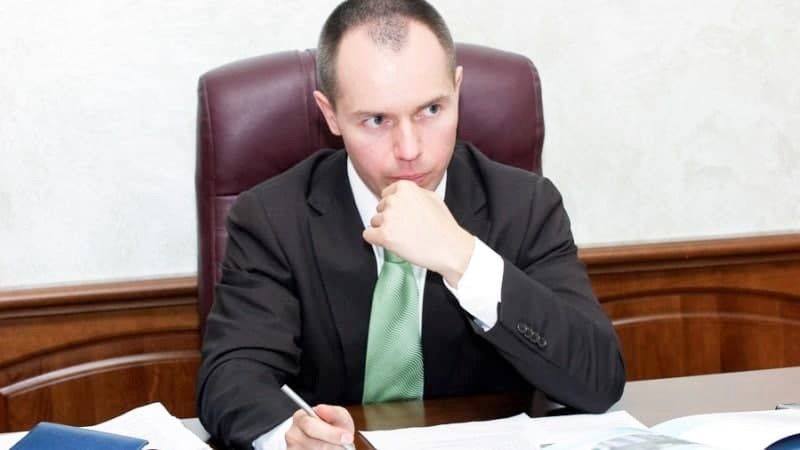 When asked whether such activity of Irina Rukavishnikova could be connected with the initiation of a criminal case against a businessman, Reznik replied that he did not exclude this.

However, the fact is that the legal prospects in the event of Rukavishnikova's possible appeal to the court (if the requirement is not fulfilled) are very shy. The Moscow Post Legal Service replies that the requirement to delete information is not based on law and cannot be satisfied.

Our task, as journalists and the media in general, is to cover socially significant events, to present people with information that requires attracting the attention of both ordinary people and law enforcement agencies.

In this case, we are convinced that the indication of Ms. Rukavishnikova's past family ties may be of public interest, especially in the context of the criminal case of her ex-husband and other defendants in the case.

Thus, article 29 of the Constitution of the Russian Federation is implemented, which guarantees freedom of the media, and censorship is prohibited. At the same time, in our publications there is no false information regarding Rukavishnikova, which is negative and set out in the form of an allegation of facts.

At the same time, coverage of the senator's activities is legal on the grounds that she is a public politician, a state official - a member of the Federation Council of the Russian Federation.

If we speak purely in the legal plane, then according to the Law No. 152-FZ "On Personal Data" (paragraph 1 of Article 6), it is established that the processing of personal data is allowed when it is necessary for the professional activities of a journalist or media, despite the fact that the legitimate rights and interests of the data subject are not violated. What was not allowed in our publications.

At the same time, the Constitutional Court of the Russian Federation has already given its explanations on the topic. In his decision of 25.05.2021 in the case of verifying the constitutionality of paragraph 8 of part 1 of article 6 of the Federal Law On Personal Data in connection with the complaint of MedRating LLC, he states the following:

"From the systematic interpretation of part 1 of article 6 152-FZ it follows that cases that do not require the consent of the personal data subject to process them include, among others, cases where such information is necessary to achieve socially significant goals, or to carry out the personal activities of a journalist, the legitimate activities of the media."

This is not contradicted by the Law on the Mass Media, which exempts a journalist from the obligation to obtain the consent of a person or his representative to disseminate in the media information about his personal life, when necessary to protect the public interest (paragraph 5 of part 1 of article 49). As well as the editorial office of the media from responsibility for disseminating information that infringes on the rights and legitimate interests of citizens, in established cases (art. 57).

Thus, the demand of the representatives of Senator Irina Rukavishnikova is based on a misinterpretation of the norms of domestic legislation in the field of personal data protection. Given this, the editorial board of The Moscow Post believes that the claimed demand is nothing more than an attempt to pressure the media.

Unfortunately, this is not the first case of such updates on our publication from companies and individuals who may be related to the Pokrovsky concern and its beneficiary Andrei Korovaiko. He himself regularly sues representatives of the media, and our publication is also no exception.

In addition to our publication, it is well known about the claims of Pokrovsky to the South Times, Novaya Gazeta, Versiya and other media, as well as various kinds of bloggers. All of them to one degree or another covered the activities of Pokrovsky, providing information about Irina Rukavishnikova.

According to the authors of the telegram channel "Ростов.ком", allegedly Rukavishnikov, we quote: "acts in the interests of the holding raider and his relatives," "providing secret support for management and other processes related to concealing and destroying traces of many years of criminal activity."

In the context of such rumors and the Pokrovsky criminal case, an indication of the presence in the past of family ties between a senator and a businessman may be of public importance. 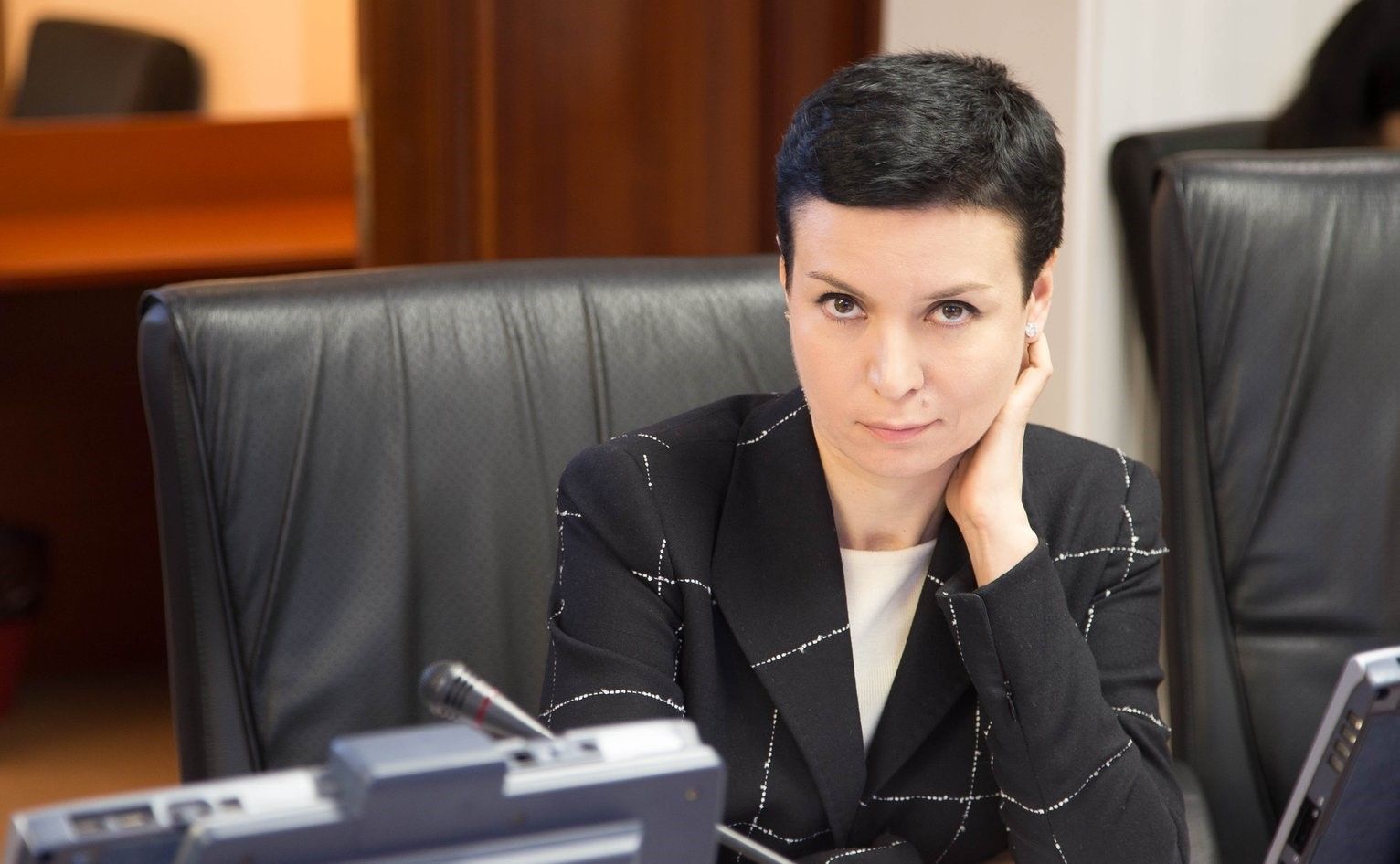 Irina Rukavishnikova "cleans" her tails in the context of the criminal case of her ex-husband?

Could Senator Rukavishnikova participate in the affairs of the Pokrovsky agricultural concern? The reliable is unknown, but Pokrovsky previously participated in the scandal with the Rostov FSUE Elektroapparat. And the result was the appearance of a new lender that bought up the debt of the enterprise. This lender is Bars LLC, which was previously led by Rukavishnikova.

You can recall the situation with the company Samtrest, whose owner had a conflict with Andrei Korovaiko. About this wrote "Forbes". The result is that the structure has new owners, among whom was the brother of Senator Anton Rukavishnikov.

Draw conclusions, as they say, yourself. And we will continue to fulfill our direct function - to inform society, despite pressure from interested persons and law enforcement agencies.