Detractors call Minister Falkov almost the main destroyer of education and science in the country: teachers and scientists receive pennies, and the most important institutions "collapse" one by one.

As the correspondent of The Moscow Post reports, on the eve of the meeting of the Council for Science under the President of the Russian Federation, a scandal broke out over the salaries of scientists at Novosibirsk State University. Anastasia Proskurina, senior researcher at the Institute of Cytology and Genetics of the Novosibirsk Region, took part in it. She said that she earned 25 thousand rubles, and the management forces her and colleagues to work part-time, "to report on the salary increase."

The President was extremely interested in the issue of salaries. After all, according to Finance Minister Anton Siluanov, now the average salary of scientists should be at the level of 80 thousand rubles. And in reality — "fake documents"? The Minister of Science and Higher Education, Valery Falkov, who was present at the meeting, could not explain Proskurina's words. Now Putin is waiting for the report of Falkov and Siluanov, and the prosecutor's office will deal with the situation at the Institute of Cytology.

No one was surprised, because Minister Falkov is a largely random person in the Government. And such a person can not only not be useful, but also cause trouble, According to evil tongues, allegedly he was lobbied for this position by the mayor of Moscow, Sergei Sobyanin. They are both from Tyumen, and they should have worked together there.

Science out of business?

According to evil tongues, allegedly Valery Falkov and Elena Druzhinina are in a close relationship, which can explain her career rise. Just like the rumours about the closeness of Sergei Sobyanin and his "social" deputy Anastasia Rakova, who "suddenly" began to steer the multi-billion Moscow budgets.

Apparently, in this case, there is no need to talk about any professionalism. He doesn't seem to understand the problems of science and education. This was revealed in the summer at the discussion of the Minister with the members of the Russian Academy of Sciences. Scientists were extremely concerned about the fate of the Russian Foundation for Basic Research (RFBR), the election of institute directors, and much more. 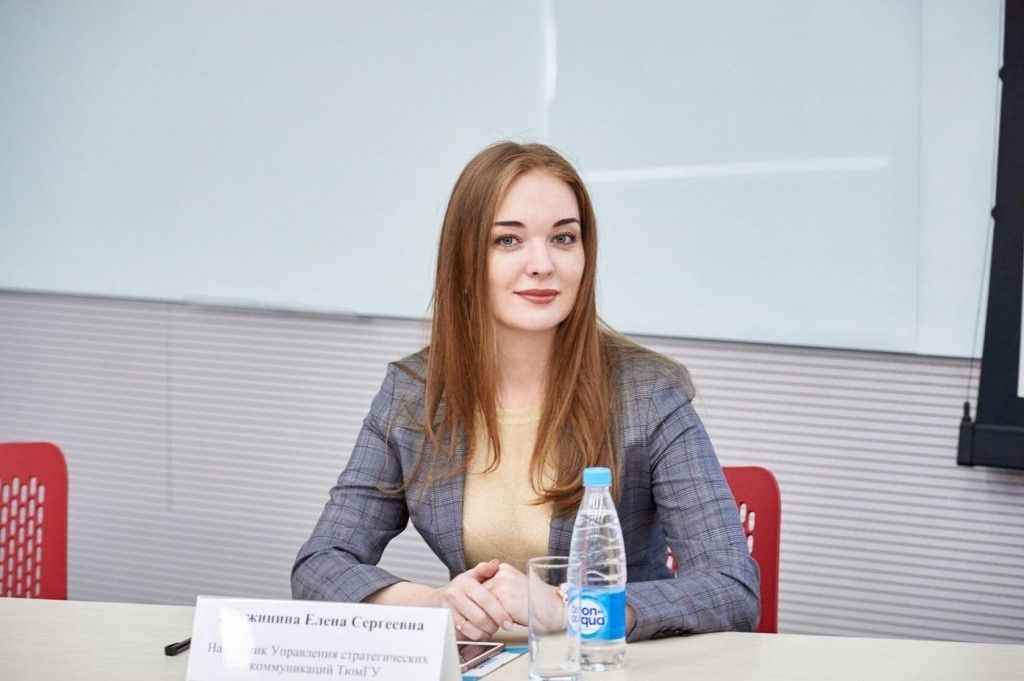 Elena Druzhinina. While the last scientists leave the ministries, their places are somehow occupied by people close to Falkov, who worked with him back in Tyumen

It will literally destroy the Russian Foundation for Basic Research. Scientists could not understand what the institute was guilty of, and Falkov could not explain anything. Most likely, the fact is that the RFBR democratically distributed money for scientific research. Falkov doesn't need the research, but did he need the money for something else?

According to the authors of the blog "New Moscow" on Yandex.Zen, allegedly Minister Falkov blocked the accounts of the ICSTI, which left employees without wages. According to rumours, some of them are already moving abroad.

Prior to this, Falkov was credited with gross interference in the work of the Center, although he does not have such powers as a minister. He somehow ended up on the Committee of Plenipotentiaries of the ICSTI member States, which puzzled scientists a lot. They might have been even more puzzled by Falkov's letter to UniCredit Bank demanding that the director's signature be revoked.

It should be noted that neither confirmation nor refutation of the information about the letter could be found, but on condition of anonymity, the Center told us that there are problems with salaries, and political tensions are growing inside because of interference in his affairs. According to rumours, in such a way Falkov could cut off the unwanted Directors of Finance. On this basis, employees can file a lawsuit against the management to the prosecutor's office. Will Falkov be only happy?

Of course, Falkov got a difficult legacy from the ex-minister of correspondence Kotyukov. Merging of institutions, disorganization of scientific work. Kotyukov did not overcome this legacy, but expanded it. Already in March, his team left the only remaining serious scientist, academician, already the former first deputy head of the Ministry Grigory Trubnikov.

Trubnikov returned to the Joint Institute for Nuclear Research in Dubna. Apparently, he appreciated how "happy" Falkov was for science, and realized that nothing could be done in the Government together with him. But Falkov still has State Secretary Lukashevich as a lawyer, Deputy Ministers Medvedev, Narukavnikov and Borovskaya as economists, and Bocharova as a lawyer and economist. Such are the "staff from education".

As predicted by the Argumenty Nedeli publication, Trubnikov's departure finally turned the ministry into another "higher school of economics", in which people manage what they do not understand at all.

The latest scandal related to science and education is the initiative of Senator Andrey Klimov to regulate educational activities. In fact, this will mean banning scientists from giving lectures to colleagues and foreign students without the approval of the authorities. Scientists sharply criticized the draft law, but Falkov did not even vote. Is he not interested?

Such a question, quoting the classic, was asked by Vladimir Putin to his ministers after the words of the scientist Anastasia Proskurina. We have the same question. If scientists and teachers are under pressure, why aren't they paid? The answer may be prosaic - corruption in the Ministry of Education and the desire to redistribute budget flows "to the right place".

The first high-profile corruption scandal occurred a few months after the appointment of Falkov, in the summer of 2020. Then the police detained the State Secretary of the Ministry of Education Marina Lukashevich, Deputy Falkov, as well as the official of Rossotrudnichestvo Mikhail Popov. Lukashevich was suspected of fraud, which could have caused the agency multimillion damage. This was written by Kommersant. 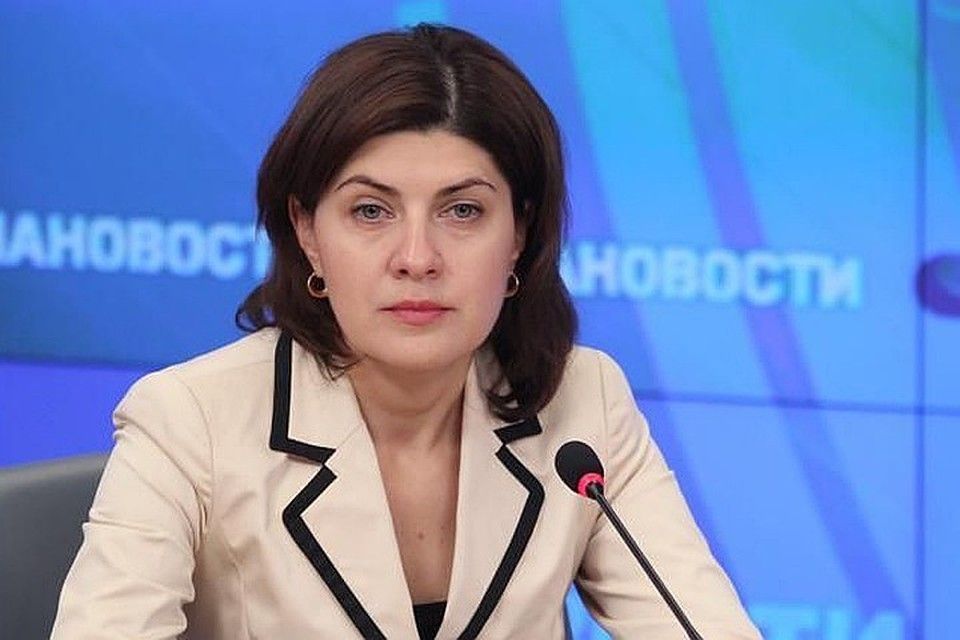 Science and education are falling apart, and ex-deputy Falkov Marina Lukashevich (in the picture) was suspected of corruption?

According to the investigation, the damage from the actions of Lukashevich and Popov amounted to 50 million rubles. We are talking about five contracts for automatic processing of scientific data for the needs of the Ministry of Education and Science, which could go to a firm close to Lukashevich. And Popov in the past held a post in the ministry, where he was just engaged in public procurement. The contracts were signed several years ago, with the Center for the Development of Science, allegedly under the leadership of Lukashevich herself.

At the same time, as the Life publication writes, most likely 50 million under state contracts is an episode, and Lukashevich could be separately suspected of embezzling 40 million rubles. So far, there is no complete clarity, but it is clear that the scandal is hitting Minister Falkov himself.

Lukashevich was considered a person of Olga Golodets. It seems that Falkov did not want to quarrel with an influential lady. And then it was offered to make bail of 8 million rubles for her, 3 of which was ready to be made by a third party - a certain individual entrepreneur.

Falkov needed to understand what kind of people were in his team. And if someone was caught and became a suspect, then it was at least impossible to protect Lukashevich by the Ministry. But the director of the Federal Institute for the Development of Education, Alexander Asmolov, who was dependent on Falkov, immediately "stood up" for her.

Now Lukashevich and Popov should be in custody, but we haven't heard from them for a long time. There is an opinion that they are trying to "excuse" them and release them under house arrest, and then completely destroy the case.

On the website of the Moscow City Court there is information according to which the lawyers of the detainees appeal against the extension of the arrest. In January 2021, Popov's petition was granted, but there are no other movements in the case yet. The documents are in the court's office, but the publication of the decision to grant the request is prohibited. Are they trying to "pull" them out? 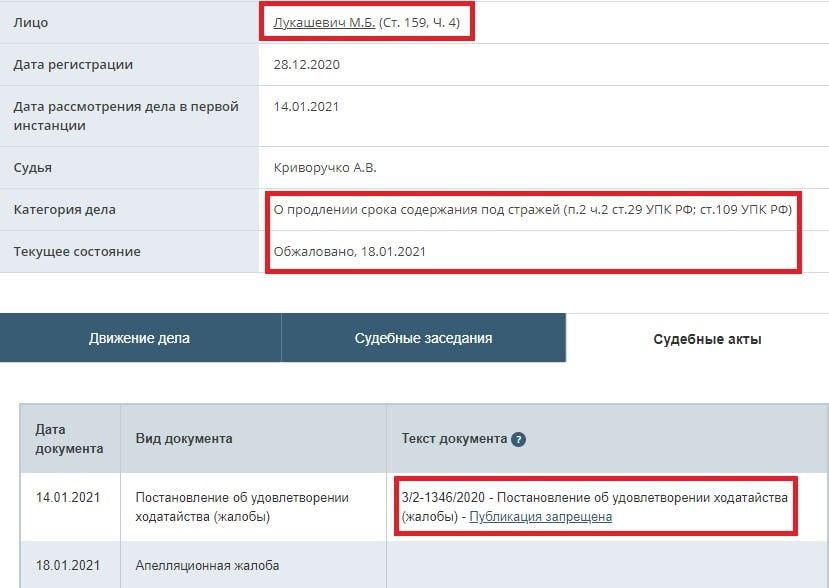 The whole story caused a huge response. There were demands for Falkov's immediate resignation. "These are the rules of any civilized country. If a leader has allowed such criminal and financial scandals to occur in his inner circle, he should leave," Sergei Malinkovich, secretary of the central committee of the Communist Party of Russia, was quoted as saying by Ura.ru.

This is against the backdrop of a huge scandal of 2019, which Falkov as the Minister, too, was not able to understand. We are talking about several employees of the Ministry of Education and Science of the "Kotyukovsky spill". According to Izvestiya, they also got caught in state contracts - for the creation of a specialized information system for processing the results of scientific activities - the total amount of 360 million rubles. It was developed within the framework of the federal target program, but it did not work.

In such cases, what real growth in the salaries of researchers can we talk about, what kind of development of science and education? If there is wrong person in ministerial chair, it will become known very quickly. And the case with the Institute of Cytology and Genetics of the Novosibirsk region, for sure, is not the only one. If the prosecutor's office confirms the violation — will there be dismissals in the Ministry of Education?