Fake from Navalny, or "action" canceled

The new illegal actions of Navalny's supporters turned out to be less massive than their organizers had expected. Why do people believe him less and less, and what to expect in the future?

As the correspondent of The Moscow Post reports, a new series of unauthorized protest actions organized by the Anti-Corruption Foundation (recognized as a foreign agent in the Russian Federation) of the Russian opposition leader Alexey Navalny took place in Russia yesterday. As expected, the actions ended in riots and provocations on the part of the protesters, who blocked traffic in the cities. And, as a result, detentions of activists.

However, if someone in Russia was worried that the past illegal rallies would be a harbinger of some events - this did not happen. The actions were less widespread than a week ago, although their organizers clearly expected a different effect. The revolution is postponed - the absolute majority of Russian society does not support the fighters against the regime with foreign money.

More or less mass actions were only in Moscow and St. Petersburg, but even there fewer people came. In addition, the geography has narrowed - in some cities, people did not come out at all. An illustrative example is Khabarovsk, where, according to the police, 58 people came out. And this is in Khabarovsk, which all summer massively protested against the arrest of Furgal. This is not what Navalny's supporters expected.

All the liberal media are vying with each other to highlight the allegedly illegal actions of law enforcement officers. The example of St. Petersburg is illustrative, where aggressive protesters tried to attack two police officers who were trying to get away from them. The police were had to move backwards, fearing a blow, they were insulted and thrown by snowballs.

In the end, one of the policemen took out his service weapon, a pistol. He showed it to the crowd without pointing it in the direction of the protesters, without even firing a warning shot, without raising his weapon up. This sobered the attackers, but gave reason to shout at all corners that Navalny's supporters were threatened with weapons. Now, as a result of this incident, a criminal case has been opened on the use of violence against a representative of the authority who was performing his duties. Well, how else?

It is surprising that the events of a week ago, January 23, did not teach the organizers of the actions and their inspirers from abroad anything. They also deliberately pushed people to the barricades, called for "action". Perhaps they would have been happy if there were sacred sacrifices, but no sacred sacrifices came out.

Throughout history, attention should be paid, of course, not to the deceived supporters of Navalny, but to those who organize these actions on his behalf. The scandal broke out after an interview with Navalny's former coordinator in Nizhny Novgorod, Alexander Chernikov, who left Navalny's headquarters on the eve of the actions on January 23.

As RIA FAN writes, this decision was made due to the refusal of the leadership of the Navalny structure to coordinate the rallies and the voicing of the order to arrange "movement and action". That is, the incitement of violation of the law, victims of what could be deceived "Navalny followers" people. 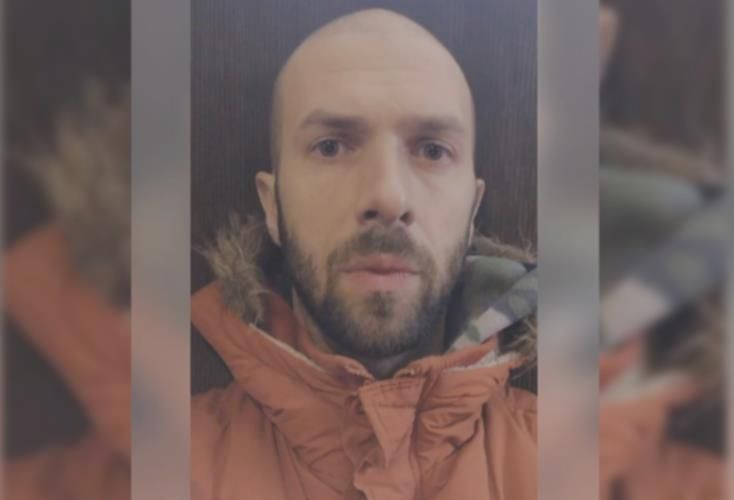 Was Alexander Chernikov dismissed from the Anti-Corruption Foundation for refusing to call people to violate the law?

According to some reports, he could have been dismissed from the structure after refusing to push people to the barricades and call for illegal actions.

"It was ordered that we should organize rallies. I said that it would be good to coordinate. To which I received a negative response that there will be no agreement, we arrange a provocation, we do an action. We need to have movement," Chernikov said. Who will be responsible for people who will receive some administrative  punishment, will, perhaps, be detained? For the young people who will come out to these uncoordinated rallies? It was not clear for me. Therefore, I refused to participate in this lawlessness."

However, according to some sources, Chernikov could be dismissed not by his own decision but by the Anti-Corruption Foundation employees themselves, who later stated that he had nothing to do with the headquarters at all. Moreover, according to eyewitnesses of this broadcast, the head of the Anti-Corruption Foundation, Ivan Zhdanov, said that, according to his information, Chernikov received a salary for organizing street rallies. And he was dismissed for refusing to do this. Does it mean that "Naavalny followers" themselves admit that they pay people for "riots"? However, this issue could not be found. According to rumours, it was simply promptly removed, realizing that the protest organizers were being "framed". This is "democracy".

It is surprising that many supporters of Navalny, calling for the rally, did not attend it themselves, or sat on the sidelines and were not detained. For example, the opposition leader Dmitry Gudkov can be considered as one of such people, who did not suffer at all during the actions - unlike those who were lured to the streets to "fight the regime". His father Gennady Gudkov, who did not appear at the rally at all, was not injured either. However, this did not prevent Gudkov from making statements in his YouTube channel that resemble calls to go out on the street.

But they detained the wife of Alexey Navalny, Yulia, who is supposed to play the role of the second Svetlana Tikhanovskaya after her husband's arrest. Yulia, it seems, just dreamed that she would be noticed and detained for calling and participating in an illegal action. She appeared in flashy clothes with reflective stripes at the event. Now, of course, Navalny's supporters are raising her to the banner, although they themselves, as they say, provoked.

At the same time, the network does not stop circulating rumours that their relations with Alexey could be cracked due to the fact that he allegedly had several mistresses at once. However, they say that he has a more serious "passion", from quite well-known journalists whose name, out of respect for her, The Moscow Post does not name.

However, many people noticed that during the farewell to his wife before being detained after arriving home, Navalny did not look at his wife at all, but at the side - just at that journalist. Of course, neither Alexey nor his supporters give any comments on this issue. 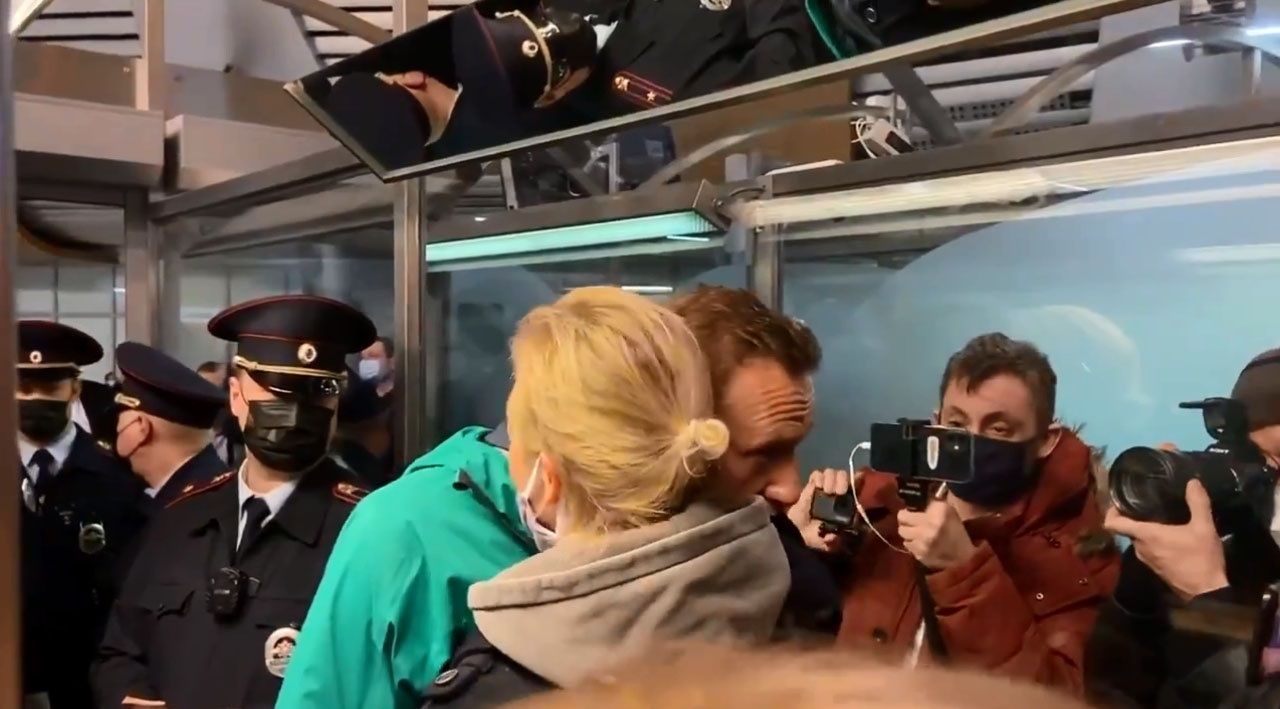 Navalny does not care for his wife? Is he looking for his "passion"?

"Enchantment" is being vanished

What happens next is an open question. It is clear that the non-systemic opposition will continue to excite society. But it will not be possible to arrange a second Khabarovsk across the country - this is already clear. When asked why the protest is running out of steam, one cannot help but recall the exposure of the Anti-Corruption Foundation film about the palace in Gelendzhik, which supporters of Alexey Navalny attributed to Vladimir Putin. Allegedly, 100 billion rubles of budget funds were spent on the palace.

As a result, it turned out that nothing of what was shown in Navalny's film was in that building. No aquadisco or hookah bar, or even a gate with a Golden double-headed eagle. It turned out to be an apartment hotel owned by Arkady Rotenberg. And it is still very far from being completed - even the rough finishing has not begun. We'll have to wait another five years before it is ready.

Many people were sobered by this, because people sincerely believed in the pictures drawn on the computer, which were supposed to outrage people with irrepressible and tasteless luxury. However, realizing that the lie will be revealed very quickly, Navalny himself says in his film that the palace is being completely rebuilt. Now his supporters insist that the palace was stripped to the walls in a week to discredit the film of Navalny and himself.

Who to believe - decide for yourself. We are puzzled not only by this, but also by the fact that in his desire to punish the wrong Russians, the Anti-Corruption Fund already directly appeals to the heads of foreign states. They appealed to US President Joe Biden to impose sanctions on a number of Russian citizens-businessmen and officials whom they consider to be the mainstay of the regime. Forbes wrote about it.

It's a strange business. the Anti-Corruption Fund is recognized as a foreign agent in Russia. His opponents claim that Navalny and his team work under the cover of Western intelligence services and carry out a script written outside of Russia. The "Navalny followers" furiously refute, and immediately, in full view of everyone, they run to their main Western curator with a request to punish the objectionable. That is, they themselves, in fact, work for the version of their opponents. And expect mass support after that?

Yesterday it became clear that this would not happen. The next step will be a call to take to the streets after the trial of Alexey Navalny, which is scheduled to take place tomorrow, February 2. We will find out how many people will follow the lead of his supporters this time, but it seems that there will be even fewer of them than yesterday.