Dynasties with Osnova: Kolokoltsev in business?

Did Minister of Interior Vladimir Kolokoltsev gather a pool of scandalous developers under his "wing"?

The people who may be related to high-profile scandals in the development market, as well as the family business of the Minister of Interior Vladimir Kolokoltsev, entered the project to build a residential complex in Starokoptevsky lane in Moscow.  As  a correspondent of  The Moscow Post  reports, the family of the founder of the Yugnefteproduct company and a State Duma Deputy from the Communist party of the Russian Federation (CPRF) Vakha Agaev can take on a new development project with Alexander Ruchev's Osnova Group. This is about Vakha Agaev's son Bekhan Agaev, who became a new investor in the construction of a residential complex in Starokoptevsky lane in Moscow.

The Dizel Mobil company became of the Osnova Group's project partner. It is owned by Shagor Stepanyan, the son of the founder of Yerevan Plaza, the scandalous entrepreneur Gennady Stepanyan. But the latter is often associated by detractors with a very odious structure - he can act in the interests of Samvel Karapetyan's Tashir GC.

As we can see, a "notable" company gets together under the construction of the RC. It is not surprising that even the son of the former Prosecutor General Artem Chaika "flew away" from there - initially it was assumed that the project would be built by his structures. Taking into account the scandalous nature of the characters and their companies, there is no doubt that the construction site will certainly have problems. At least - with the reputation of the project, which attracted such characters.

But there seems to be enough "roof" to solve these problems. Vakha Agaev alone, who has a close acquaintance with the Head of Chechnya, Ramzan Kadyrov, is worth it. The Stepanyans and Samvel Karapetyan with his Tashir have also long been with bad reputation.

Allegedly, their entire business is built on intimidating and squeezing competitors out of their favorite projects. They may also be long-time acquaintances of some "notable" crime bosses.

There are so many scandals around Tashir today that it seems Karapetyan no longer wants to act directly. Tashir is accused of a lot of things by spiteful critics - in the demolition of historical buildings, in merging with local officials and in disregard for the real estate investors. The reputation is terrible. It was told about in detail by The Moscow Post.

Is this why Osnova and Dizel Mobil (and not Tashir directly) are engaged in the investment project?

By the way, Tashir GC includes Stena LLC, which will be co-owned by none other than the son of the Russian Interior Minister, Alexander Kolokoltsev. Stena is the owner of the Orion Banquet hall in Moscow. In 2017, a tile-covered parking lot suddenly appeared around Orion Hall, as well as a concrete wall that closed the exit to the new Michurinsky Prospekt metro station. Allegedly Stena "bit" off  part of the Park area.

For several years, the local population and deputies have been trying to achieve the demolition of the wall and defend their right to the territory of the natural complex approved by documents. However, with such a possible "roof" as the head of the Ministry of Internal Affairs of the Russian Federation, it is very difficult to influence the instigators of this whole story.

Another son of Osnova's co-owner Gennady Stepanyan, is associated with Kolokoltsev, President of Stinkom David Stepanyan has long been doing business with Alexander Kolokoltsev, the son of Interior Minister Vladimir Kolokoltsev. Together they built commercial real estate. It was written by Vedomosti.

Thus, is the mighty Kolokoltsev also in the "share" of the project? Everything coincides, and Artem Chaika could have been put under pressure by the Ministry of Internal Affairs.

Of course, State Duma Deputy Vakha Agaev cannot have an official connection to the Osnova project and his son. However, without his unofficial approval, it is unlikely that the case would have moved forward. Despite the status of the people's deputy, he was and remains the patriarch of the family business, and probably should actively participate in the division of spheres of influence between a number of development groups focused on him.

In addition, this is not the first joint project of the Agayevs and the Stepanyans - together they are engaged in the construction of the Red7 residential complex in the very centre of Moscow. The developer of the MainStreet is Voskresenie LLC, 25% is controlled by the structure of Bekhan Agaev.

In the past, Vakha's son Bekhan was also a State Duma Deputy. But unlike his father, he joined United Russia, not the Communist faction. Apparently, politics is only a method to achieve business goals for the Agayevs, and ideology does not matter to them, does it?

The Agayevs have been known to the general public for many years as successful businessmen who, at a certain stage of "development" of their entrepreneurial abilities, entered politics. However, even without this unpleasant fact for people's deputies, their reputation can hardly be called crystal clear.

The Communist Vakha Agaev is associated with the struggle for the export of Caucasian oil after the second Chechen war. As if at the beginning of the 2000s, Vakha Agaev, using offshore schemes, became the owner of enterprises that controlled the transshipment of "black gold" abroad through the seaport in Tuapse.

Until 2004, this was practically the only way to export oil from the Chechen Republic, where it was then produced annually for a billion rubles. The company Yugnefteproduct was the key structure in the whole scheme. Just the one that today is skillfully managed by Bekhan Agaev, and which will become a partner of Ruchev's Osnova in Starokoptinsky lane.

According to the authors on the Krasnoyarskaya pravda website, allegedly the Agaevs do not care through which faction to get to the State Duma, the main thing is to get there. And there ... lobbying, lobbying, and lobbying again." Another project with Osnova may appear a new example.

The business basis from the Stepanyans

The co-owner of Osnova Gennady Stepanyan and his son Shagor are no less interesting. Another business dynasty with a scandalous trail. In 2011, there were rumours that the Stinkom Group was visited by FSS officers who allegedly searched the office of Gennady Stepanyan. As a result, the company denied this information, but it is very likely that they did not tell the truth.

At that time, Gennady Stepanyan's Yerevan Plaza trade centre was recently completed. As the Life publication  wrote, it turned out that the construction of the complex was patronized by the now-convicted former prefect of the southern district of the capital, Yuri Bulanov.

And there were flows of money that were laundered by Moscow officials through the accounting department of the shopping centre. According to a source in the FSS, the Yerevan Plaza building itself was built with gross violations and may fall in the metro at any time. 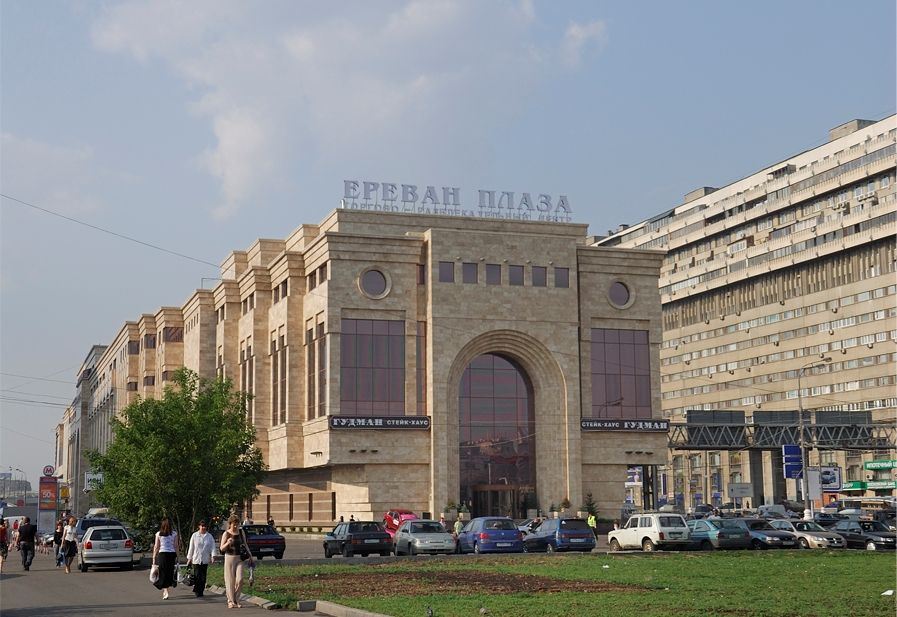 Did Stepanyan come out clean in the case of Yerevan Plaza thanks to Kolokoltsev?

As a result, Bulanov was convicted of embezzlement, as Kommersant wrote. But Stepanyan got away with it. According to rumours, thanks to Interior Minister Vladimir Kolokoltsev. Rumour has long attributed them to a close friendship. Now, the sons are, as they say, together in business as well, aren't they?

Meanwhile, Kolokoltsev's son Alexander may not be the best partner because of the ability to constantly get into scandals, from which only the influence of his father, a high boss, can pull him out.

Alexander Kolokoltsev has a very versatile business. He runs a chain of Italian restaurants called Il Forno. Three establishments are currently operating under this brand in the capital: on Kutuzovsky Prospekt, Neglinnaya street and Ostozhenka. There is also a construction business.

According to detractors, Alexander Kolokoltsev is passionate and quarrelsome. Apparently, from childhood he was used to that people bowed to him and were hiding their eyes - after all, what a father he has! It seems that these qualities are also passed on to his subordinates.

According to the authors on the Kompromat website, allegedly in 2020, a company associated with Kolokoltsev Jr. became a participant in a showdown with the use of firearms in Moscow. Then several people were allegedly injured, and the whole situation could have been inspired by the redistribution of the funeral services market in the capital's Orekhovo-Borisovo Yuzhnoye district. One of the victims allegedly turned out to be a member of the Orekhovskaya OCG, as well as a freelance employee of the Pervaya Ritualnaya Kompaniya LLC, which is owned by the son of the Interior Minister. 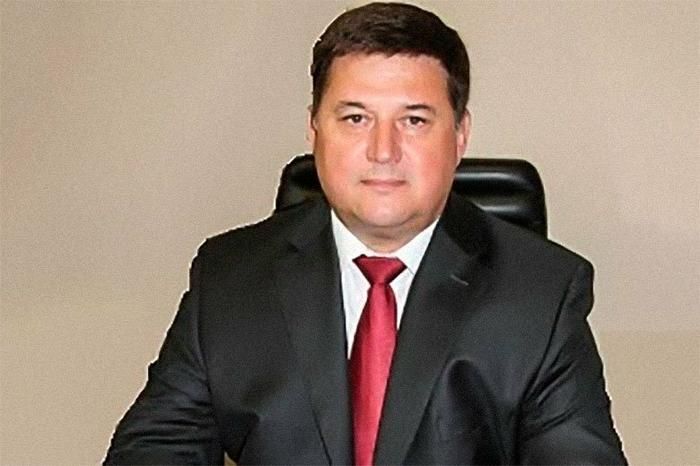 And not just possession, but, according to rumours, using the influence of his father to get special bases of the Ministry of Internal Affairs with the dead people. In the past, we often heard that as soon as a person died, the bell started ringing - where and how do funeral companies find out about it now?

According to rumours, it was Kolokoltsev's Pervaya Ritualnaya Kompaniya LLC that initiated the showdown. Perhaps that is why its name was carefully avoided by media representatives who covered the situation.

In addition, allegedly after that 5 employees of MIA department Maryino were detained, and then dismissed at once. It is easy to assume that all their fault could be that they tried to extinguish the conflict and did not act on a specific side of the Kolokoltsev's structure.

All these scandals are just touches to the portraits of respected people who decided to build a residential complex in Starokoptevsky lane. The amount of investment in the project is estimated at 2.5 billion rubles - enough money to enter the project by using different ways.

However, if this money turns out to be stolen, and the residential complex itself is built with serious violations, as was the case with Yerevan Plaza, it is unlikely that real estate investors will be able to get the truth from  such  high and mighty. Is it worth taking the risk and buying apartments there?