Trips to warm countries at the budget expense of the Krasnoyarsk mayor threaten to increase discontent on the eve of the elections, and scandals in the city administration only fuel this mood.

According to the correspondent of The Moscow Post in the Krasnoyarsk Territory, the Dubai voyage of the head of the city Sergey Vasilyevich Eremin and a number of officials at a budget expense are being discussed in the region. We are talking about a trip to Dubai as part of the training of municipal officials in modern urban management practices. Most of the training takes place in Skolkovo, a visit to Dubai is part of the program.

The fact is that the city treasury, and for whose account Eremin and Co will fly to Dubai, will cost 700 thousand rubles. This happens against the background of growing problems in the urban economy and corruption scandals, in which the names of Eremin and his first deputy Vladislav Loginov sound all the time.

In this regard, they immediately remembered the rumors that had been walking around the city for several years, when the same Vladislav Eremin went to Scandinavia to study the experience of maintaining northern roads. We are talking about conversations that the Bionord anti-ice products company paid for the trip - one of the most developed by the city authorities in terms of obtaining state contracts, the manufacturer of road reagents.

These reagents "puzzled" everyone. Even the head of the city, Sergei Eremin. He was forced to admit that the Bionord, from which local motorists could suffer (as if the reagent was very unfriendly to car bodies and metal in general), was not the best way out. Moreover, as a result, the company's reagent in the city was even banned, as Moskovsky Komsomolets wrote about.

Why this was not done by Eremin before is a big question. According to evil languages, allegedly this could be a considerable commercial interest of both the mayor and his deputy Loginov. They began to actively purchase the Bionord reagent (manufacturer - the Ural Anti-Icing Plant) in 2019 - that is, a little more than a year after Yeremin became the head of Krasnoyarsk.

And already at the end of that year, City Council deputy Roman Krastelev published how much municipalities spent on the reagent in 2019, and who supplied it. It turned out that the anchor supplier of Bionord, LLC PK DSU, supplied more than 5 thousand tons of Bionord for MP SATP in the amount of more than 142 million rubles.

At the same time, conversations as if Bionord was eating shoes and "iron" cars began at the same time, but no one wanted to listen to people. This later, when discontent threatened almost social problems, played back. And before that, the same Vladislav Loginov stood for him just a mountain.

According to TVK Krasnoyarsk, when ice appeared on Krasnoyarsk roads in 2019, Loginov connected this situation with the restriction of the use of Bionord. Like, we need more of it, we need more active. It looks extremely strange.

The fact that Mr. Loginov works in close connection with Eremin has been known for a long time. And not so much by type of position, because during the election campaign to choose the mayor, the current deputy mayor was supposed to compete with him. But suddenly withdrew his candidacy. According to rumors, just then, to sit in the chair of the vice mayor, a kind of "termination." With "strangers" people do not do this. 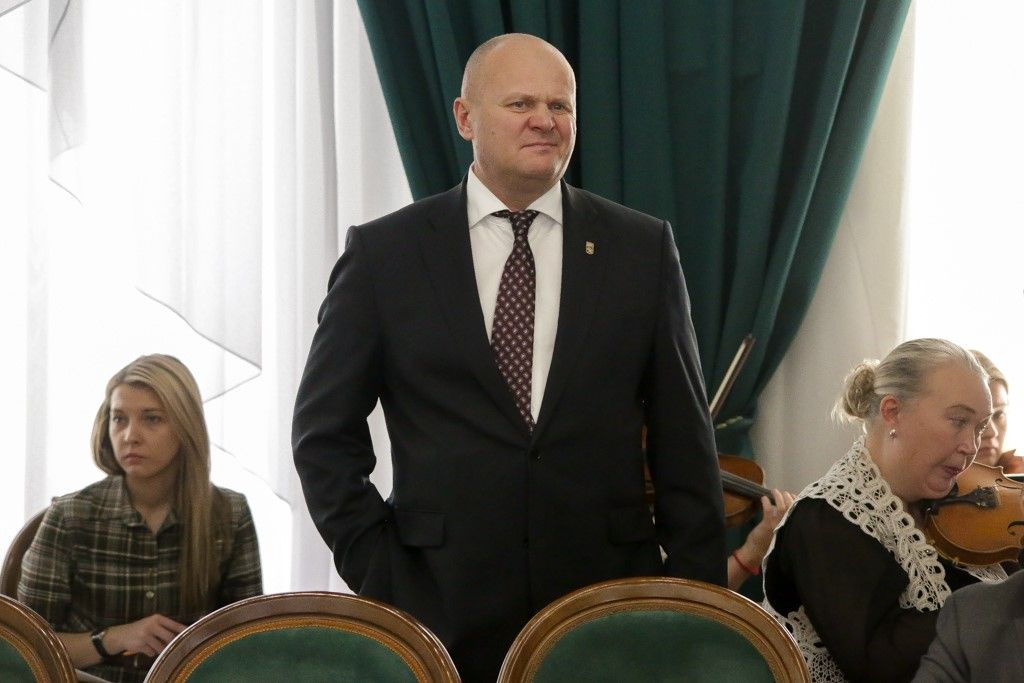 Another resource politician, the former head of the city, Edham Akbulatov, also withdrew his candidacy. He was the only candidate supported by the local political council of United Russia. Despite this, Akbulatov could be pressured by the governor (then acting) Alexander Uss. The latter is considered by many to be the patron saint of Eremin, and corruption scandals follow him, as well as Eremin, one after another.

Mr. Akbulatov almost directly explained his decision by saying that "the new mayor should be comfortable with the acting governor" Alexander Uss, Kommersant writes about this.

But the city has not yet brought such a "termination." In addition, regardless of whether Eremina Uss patronizes, or not, the governor is now definitely not up to him. So far, the scandal with the detention of the former (already) head of the Ministry of Agriculture of the Krasnoyarsk Territory Dmitry Maslodudov and his brother Yuri on suspicion of receiving bribes has not subsided in the region.

It was about illegal logging, which could be facilitated by the former minister. Uss was also under attack. Including due to the detention of other colorful personalities - the leadership of the Vissarion sect, who could also engage in illegal logging. And even build Ussa a house. But what exactly the governor does not need is an increase in social tension in Krasnoyarsk before the elections. People clearly do not appreciate that the mayor flies to hot countries at the budget expense.

At the same time, Eremin is hardly a big deal to Uss right now. After all, he, like the already mentioned Loginov, himself is often mentioned in the context of corruption scandals. One cannot but recall the criminal case, as it is believed, the protégé of Eremin and Loginov, the former deputy head of the department of municipal property and land relations of the Krasnoyarsk administration Irina Tyurina.

The case was opened in 2019, when Eremin headed the city hall for almost two years. The official is charged with seven episodes related to receiving a bribe on a large scale, and two on a large scale, Regnum writes about this. The total amount of funds received by investigators is estimated at 6.2 million rubles. In the case, the property of Tyurina worth about 20 million rubles was seized.

As part of the case, security forces conducted large-scale searches in the city hall. They say that they looked into the office to Vladislav Loginov, which could frighten both him and his chief, Mr. Eremin, a lot.

As if they had little of this scandal, less than a year later the security forces again rushed to the city hall with searches. The events were held in three divisions: the department of municipal property and land relations, the department of urban planning and the department of architecture. They were associated with the work of the Vostochny market in the municipal territory. About this writes NGS24.

As then the deputy of the Legislative Assembly of the region Elena Penzina claimed in her telegram channel, the market allegedly functioned for many years on the municipal territory on bird's rights. Also, according to the deputy, businessman Vadim Alekseev (considered the actual owner of Vostochny), can collect "money" from merchants for many years and practically do not pay taxes: they say that pennies came to the budget, while Alekseev and partners packed their pockets with millions.

If there is at least a share of the truth in this, then for the last few years all this should have happened right under the nose of Sergei Eremin and his closest deputies. That is, there is little pleasant here - and here again the question of possible lobbying of a very specific business is raised.

On this topic there is no less, and maybe a more scandalous plot. The network jokes that the company SEC "Sphere" Abilfaz Allakhyarov could also "issue" tickets to Dubai. She is almost the main contractor of the city hall in the field of road construction and repair. Of the 1.8 billion rubles "mastered" by it under state contracts, almost 1.5 billion falls on the Krasnoyarsk Department of Roads, Infrastructure and Production. Very indicative. 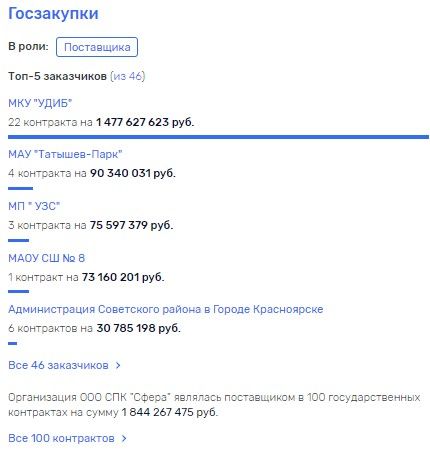 Only Allahyarov, probably, does not need hype. Indeed, back in 2019, he was detained by law enforcement officers for beating people and other crimes. The police called him a "member of a criminal group." This was reported by journalists of TVK Krasnoyarsk.

However, this did not end in anything bad for the entrepreneur: he spent only 48 hours under arrest, and was later released on his own recognizance, although the police insisted on arrest. As a result, everything drowned out, in which the evil tongues saw the hand of Eremin and Co, who allegedly did not want to "part" with the golden contractor.

There is another businessman with whom the Krasnoyarsk City Hall still cannot "part." At least, according to rumors. This is a construction billionaire and former deputy of the City Council Vladimir Egorov, who is called the "night mayor" of Krasnoyarsk by his eyes.

Allegedly, with the help of the mayor, the businessman has already acquired many profitable land plots for virtually no value. At one time, Egorov was also nominated for the post of mayor of Krasnoyarsk. And also suddenly took and withdrew his candidacy - and another question is who could manage whom. Eremin Egorov, or vice versa. 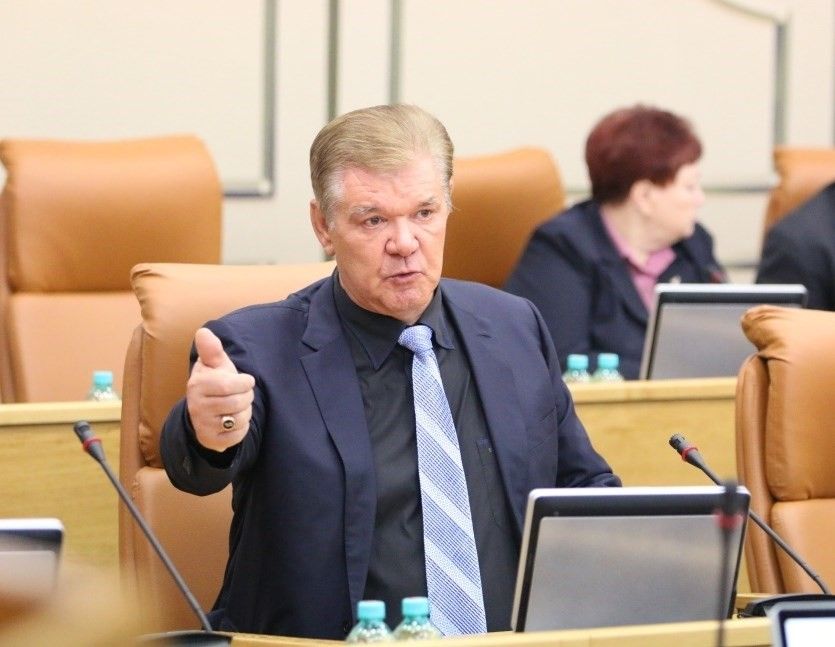 But soon after (Eremin's victory in the elections) in Krasnoyarsk, a lawsuit was withdrawn against the Exclusive-Stroy company Vladimir Egorov. The reason for the lawsuit was a long-lived hotel near the Opera and Ballet Theater. Egorov in 2011 received this land for rent, but did not begin construction on it. Only fenced and drove a few piles.

The department of municipal property of the Krasnoyarsk City Hall demanded to return the plot to the ownership of the city and pay rent debts - about a million rubles. And suddenly the administration, after Eremin came to power, refused its demands.

And then again a corruption plume. According to Life, in 2021, the Investigative Committee began investigating the case of fraud by more than 100 million rubles when supplying medical equipment to the Krasnoyarsk Regional Hospital. In this case, the construction company of Egorov Sibiryak was searched, and the publication calls the ex-deputy only as the "Siberian king of the state order." If so, who are Eremin and his deputies? "Guardsmen of the King"?

All this does not add Eremin glasses and folk love. We are already silent about one of the main, most monstrous problems of Krasnoyarsk - the terrible situation with the environment. The expression Black Sky has already been firmly fixed in local everyday life due to smog produced by CHP and large urban industries. Neither Uss nor Eremin can find the rule on them. Or maybe they are not looking, because the interests of large business are also intertwined here. 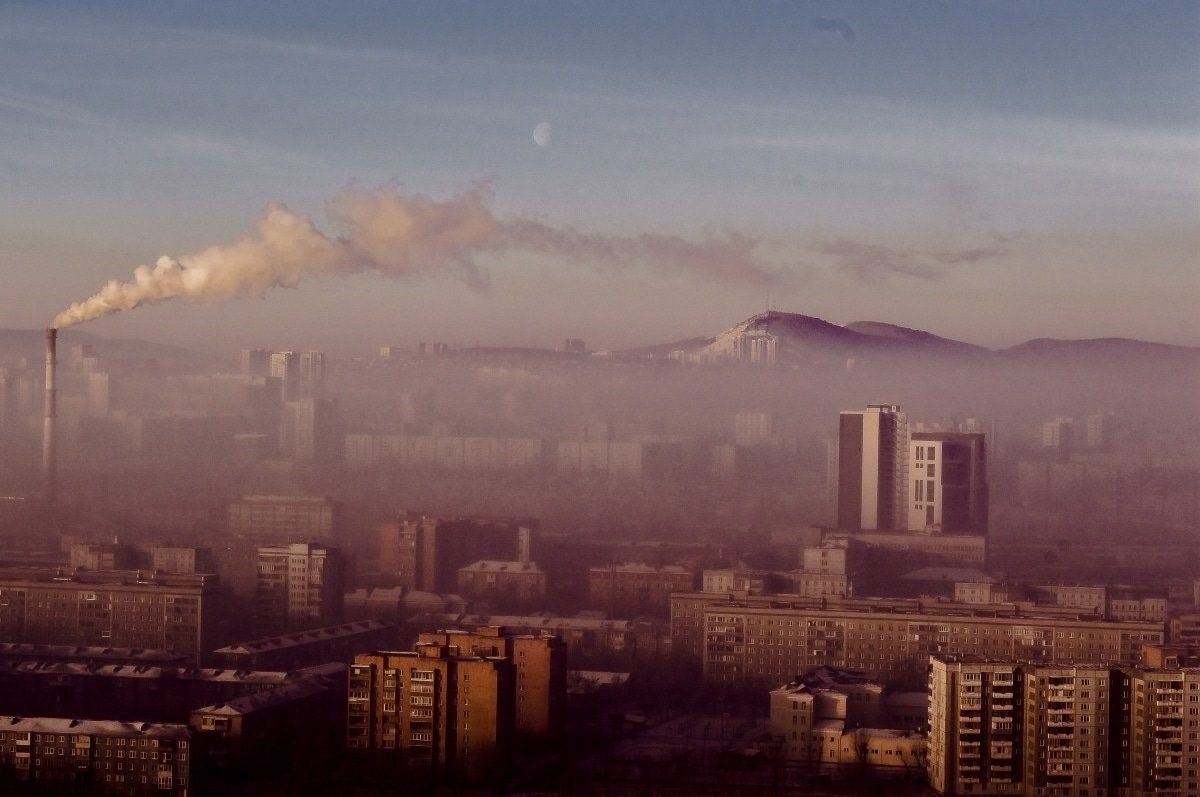 Eremin could not do anything with the "black sky" of Krasnoyarsk

Of course, all this raises questions and indignation among residents, as well as representatives of their public interests. Including in the Public Chamber of Krasnoyarsk. Eremin apparently does not like this. Yesterday it became known that on his initiative, the OP of the city was reduced by 7 people. About this write Arguments and Facts.

Presumably the most critical to the mayor. Apparently, now there will be no criticism of the "Dubai voyage" of Eremin and those close by the Public Chamber of Krasnoyarsk.

But people even without the OP suspect that their mayor is engaged, to put it mildly, not at all in solving urban issues. And they will definitely express their opinion to the authorities in the upcoming elections, and for the entire mayor's team, as well as for Governor Uss, there will be nothing good in this.