Dmitry Rogozin is against it

Head of Roscosmos "stamps" statements against journalists to the police.

Senior investigator of the Russian police Department in Moscow Kirill Leonov announced the initiation of a second criminal case on "space" publications of The Moscow Post.

Why is this fuss about publications in the Moscow Post necessary? What is the goal of Dmitry Rogozin, General Director of the Roscosmos state corporation, when butting heads with independent journalists? The Head of Roscosmos called "heavy artillery" to help - he complained to the Minister of the Internal Affairs, General Vladimir Kolokoltsev.

Minister Kolokoltsev gave the "go-ahead" to use "guns": in May, the senior investigator of the Second Department of Internal Affairs of the Russian police Department in Moscow (Petrovka, 38) Kirill Leonov told the lawyer of the Moscow Post Alexander Changli about the first criminal case. Then Mr. Rogozin took offense at our journalistic investigations "Is Rogozin the "undertaker" of Russian space?" and "Double-energy robbery." Just the other day it became known that the Head of Roscosmos lost his temper after the publication of the investigation " Musk dumping, Rogozin is indignant."

But one thing is strange: only a lazy person doesn't write about the shameful Affairs of the Roscosmos group. "Cobblestones" fly to Mr. Rogozin's "garden" almost every day, but Dmitry Rogozin purposefully targets independent journalists of the Moscow Post for criminal cases.

What did we do to annoy Mr. Rogozin?

A correspondent of The Moscow Post is trying to study this.

The son of the head of Roscosmos, Alexey Rogozin, is comfortably employed in the Kievskaya Ploshchad Group of Companies of the infamous developer God Nisanov.

The fact is that the Moscow Post also published a lot of shocking materials about Mr. Nisanov's activities. 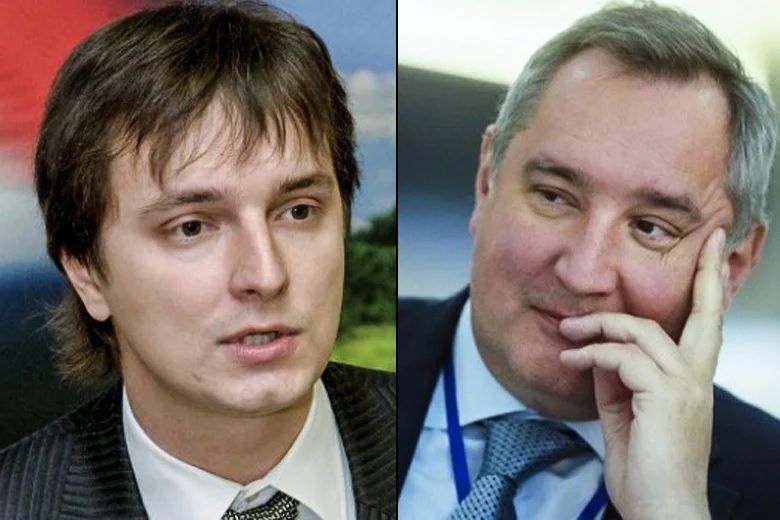 Did Dmitry Rogozin's son receive all his "warm" places under the patronage of his father?

Alexey Dmitrievich Rogozin works under the supervision of Mr. Nisanov.

Alexey Rogozin is 36 years old. Over the past few years, Rogozin Jr. has changed several high-profile jobs. And even managed to plunge into politics: he tasted the Deputy crusts of the Moscow regional Duma of the fifth convocation (2011-2016).

In April 2017 (at the age of 33), Rogozin's son was appointed Vice-President of the United ircraft Corporation (UAC) for transport aviation and simultaneously became the General Director of PJSC Ilyushin Aviation complex.

What could happen in the end, if there is no work experience, no special desire to move mountains? But in such public posts, it is necessary to move mountains, and not just to be present in a comfortable office, especially since Alexey Rogozin was given the task in the UAC: implementation of the contract for the delivery of 39 Il-76 military transport aircraft by 2021 for 140 billion rubles. Due to incorrect calculations made back in 2012, the Aviastar-SP company of UAC incurred about 1 billion rubles of loss from each aircraft!

But the work on an important government contract was not being done well enough. Apparently,  Rogozin Jr. was sure that if something happened, dad would always cover for him.

However, it turns out that the possibilities of Rogozin senior are not unlimited. Sharp criticism began to sound at Alexey Rogozin. The situation began to get out of control of Rogozin Sr., when at the end of March last year, 2019, Deputy Prime Minister Yuri Borisov suddenly arrived at Aviastar-SP. General Borisov, in a soldier's manner, abruptly declared that the manufacturer had broken the contract for the supply of three modernized Il-76s. This was followed by short messages about the possible imminent resignation of Alexey Dmitrievich Rogozin.

And, indeed, the son of the head of Roscosmos started working for God Nisanov in April 2019: now Rogozin Jr. directs the construction of the Nagatinskaya Transport Interchange Hub (TIH). They have been trying to build something on the site of the TIH for many years, but without success so far. Forbes wrote about this.

Does it turn out that Rogozin Jr. descended "from the sky"? And got to the high position of "supply manager": exchanged the "wings" of the United Aircraft Corporation for the "bulldozers" of the Kievskaya Ploshchad Group of Companies. 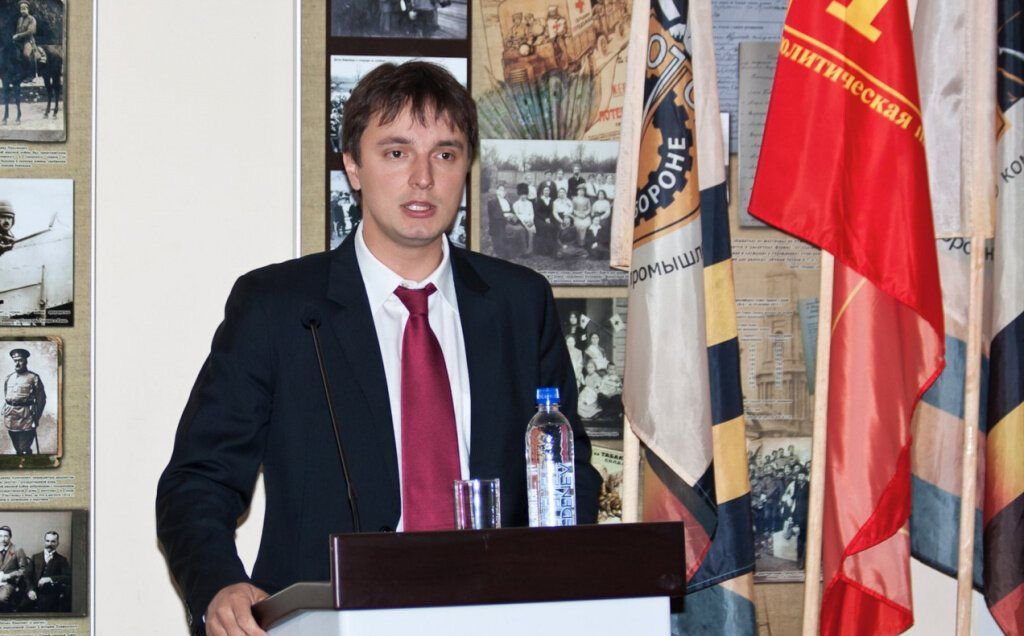 But how did Dmitry Rogozin's son, Alexey Rogozin, who in 2013 was suspected of having close relations with offshore companies, hold senior positions in strategic companies?

After all, it was Rogozin Jr. who was associated with an offshore company that received billions of dollars in government orders in the British Virgin Islands. This was reported in detail by Scandaly.

But at that time, Alexey Rogozin was the head of the Aleksinsky Chemical Plant, which was engaged in the production of gunpowder. It was in the powder industry that the alleged corruption scheme involving Rogozin's son was being searched. And this office was identified. It turned out to be JSC Intertest, a state contractor that received large state contracts almost without competitions. The JSC was registered at the mass registration address. The sole owner is an offshore company from the British Virgin Islands. This was reported by Delovoy Peterburg.

In 2014, Intertest received a state contract to perform work on the object "Reconstruction of production of mixed solid fuel for the Perm gunpowder plant" for 1,107,973,569 rubles. In 2015, the company received state contracts for 950 million rubles.

The Director of Intertest JSC was a certain Artem Serebrennikov. And he seems to have had close ties to Rogozin's son. According to the Unified State Register of Legal Entities (USRLE) , Artem Serebrennikov was a member of the leadership of the practical shooting Federation of Alexey Rogozin in the Moscow region. It should be reminded that Dmitry Rogozin is the Chairman of the Federal Council of the practical shooting Federation. 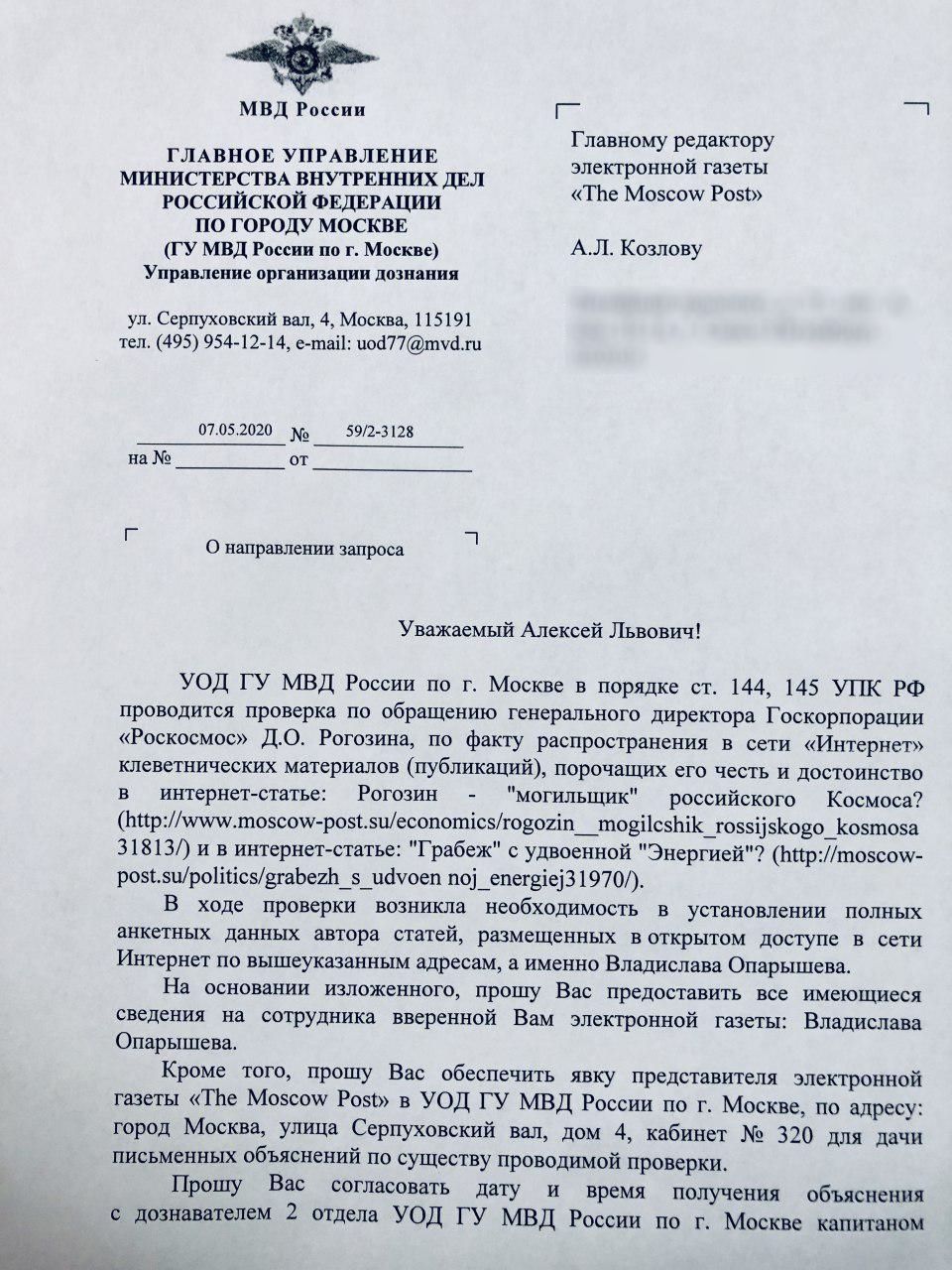 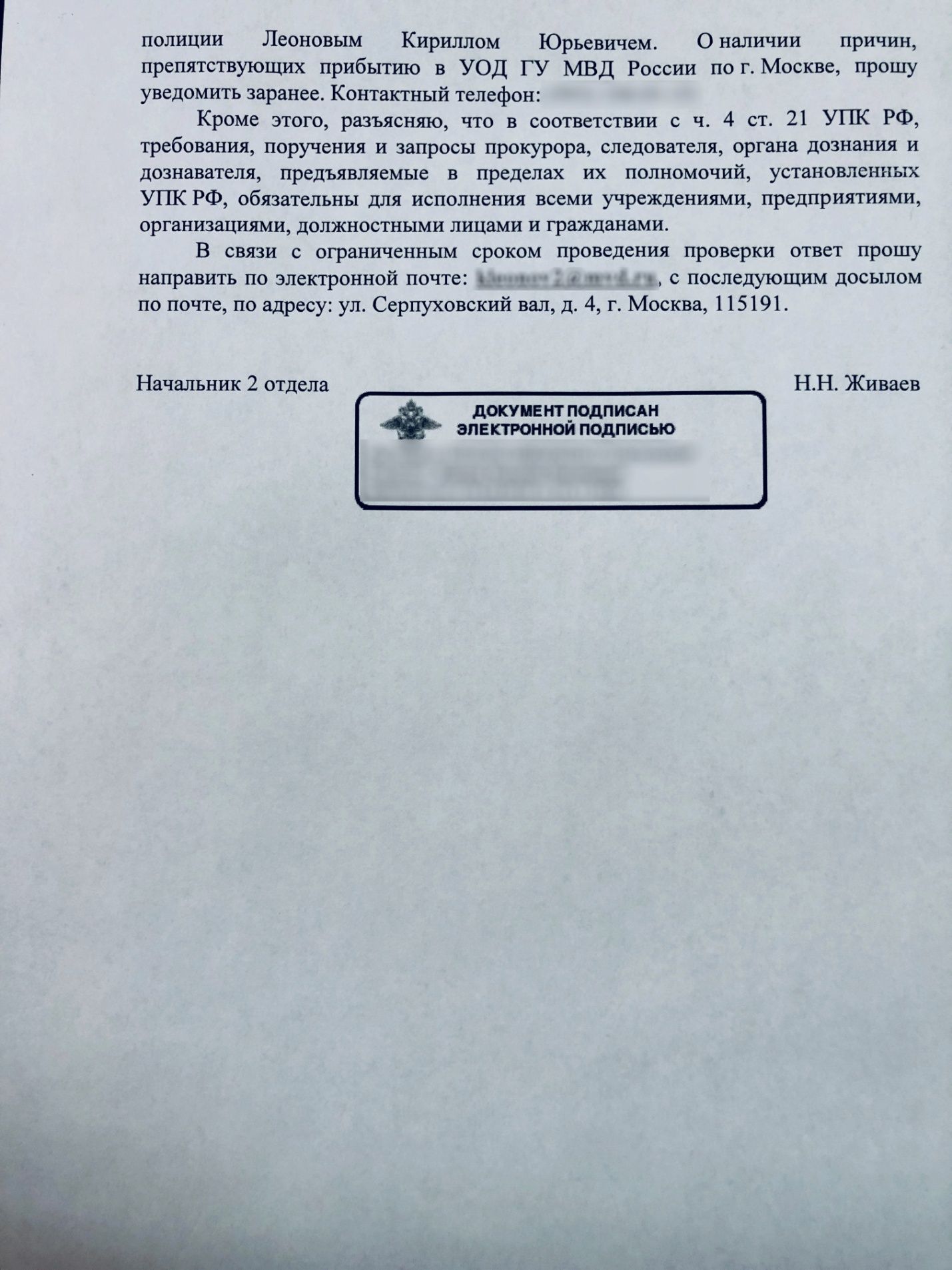 Mr. Serebrennikov could hardly have billions of dollars in government contracts without a "roof" of the Rogozins. Does it mean that the friends of Rogozin's son received contracts in the area that father Rogozin supervised in the Government of the Russian Federation?

Why hasn't Mr. Rogozin filed a lawsuit against the authors of this revealing publication?

Apparently, Head of the Kievskaya Ploshchad Group of Companies Mr. Nisanov, did not like the Moscow Post's investigative journalism as well.

So Nisanov decided to help Rogozin's friends, using his connections with Minister Kolokoltsev. 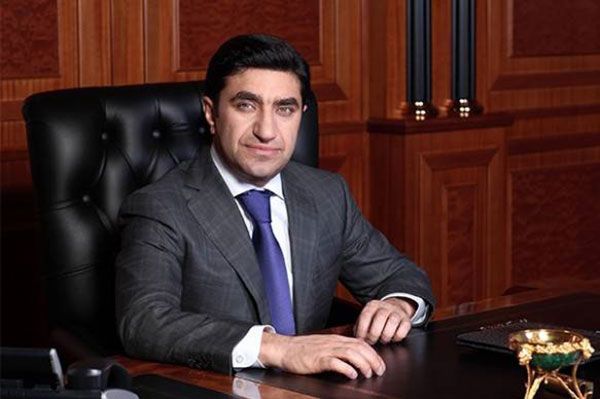 Head of the Kievskaya Ploshchad group of companies God Nisanov

Here we need to understand the main thing: what can the developer God Nisanov have in common with  Head of Roscosmos Dmitry Rogozin?

Recall that in 2016, Transparency International during the investigation found out that the family of Deputy Prime Minister (at that time) Dmitry Rogozin exchanged apartments with a certain Livi Isaev with benefit. Journalists called Isaev the Director of companies associated with the structures of God Nisanov. Vedomosti wrote about this in detail.

Moreover, the apartment of 10 rooms, which was eventually received by Deputy Prime Minister Rogozin, was estimated to be several million dollars more expensive. 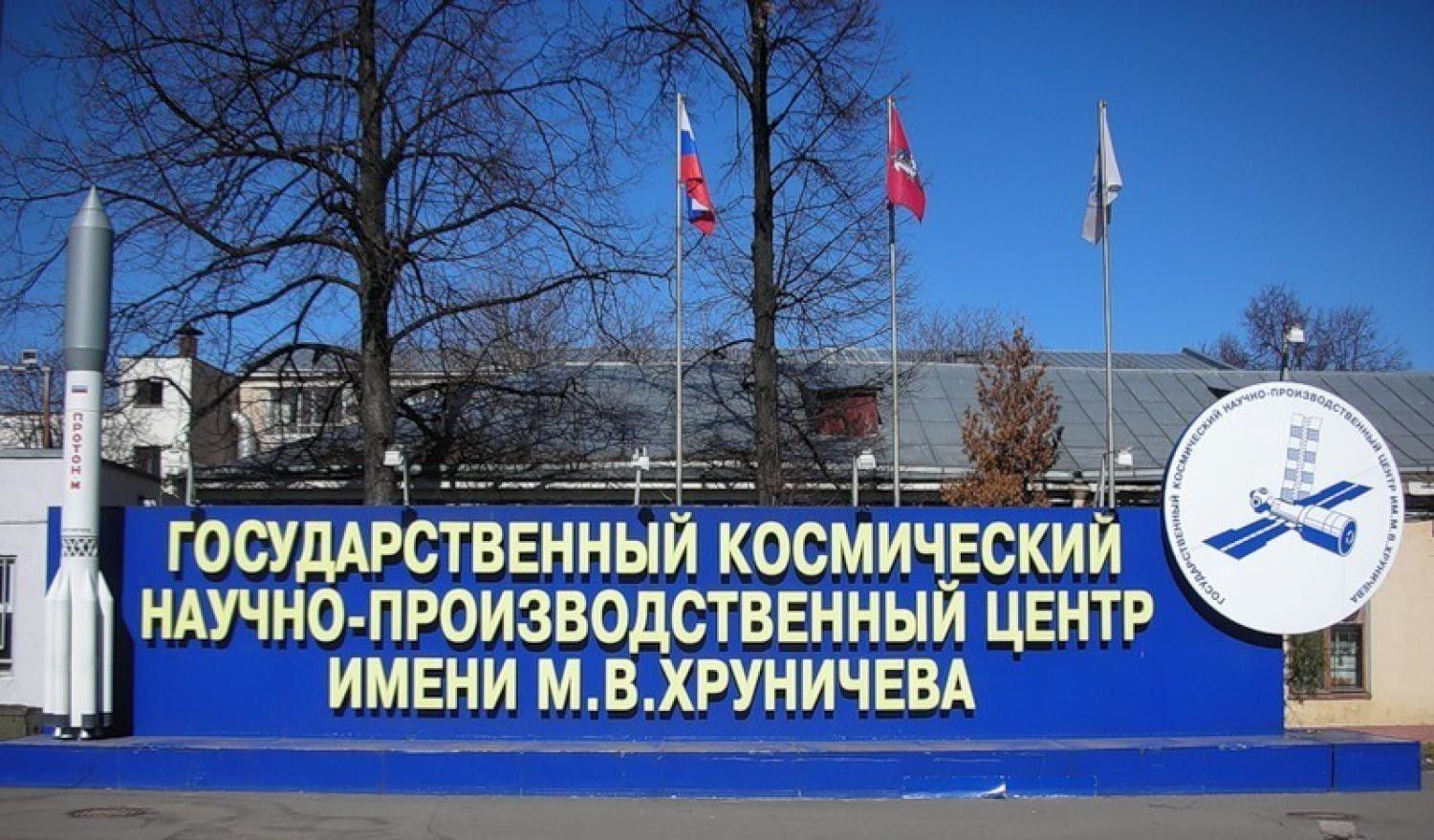 And this is not the only curious "contact point" with Mr. Nisanov. In 2013, Novaya Gazeta published an interesting photo of Dmitry Rogozin and God Nisanov on the territory of the Khrunichev Centre. This was reported by Forbes.

It was at that moment that Dmitry Rogozin made a public statement that due to the transition to more modern weapons, the Khrunichev Centre did not need such a huge territory of 150 hectares. It should also be recalled that Mr. Rogozin supervised this huge centre as Deputy Prime Minister, and later as the Head of the Roscosmos state corporation.

Part of the territory of the space centre was proposed to be put under the construction of elite residential quarters (one ten-room apartment was not enough for Dmitry Rogozin?) God Nisanov was supposed to come to developers of elite housing. But... it didn't work! 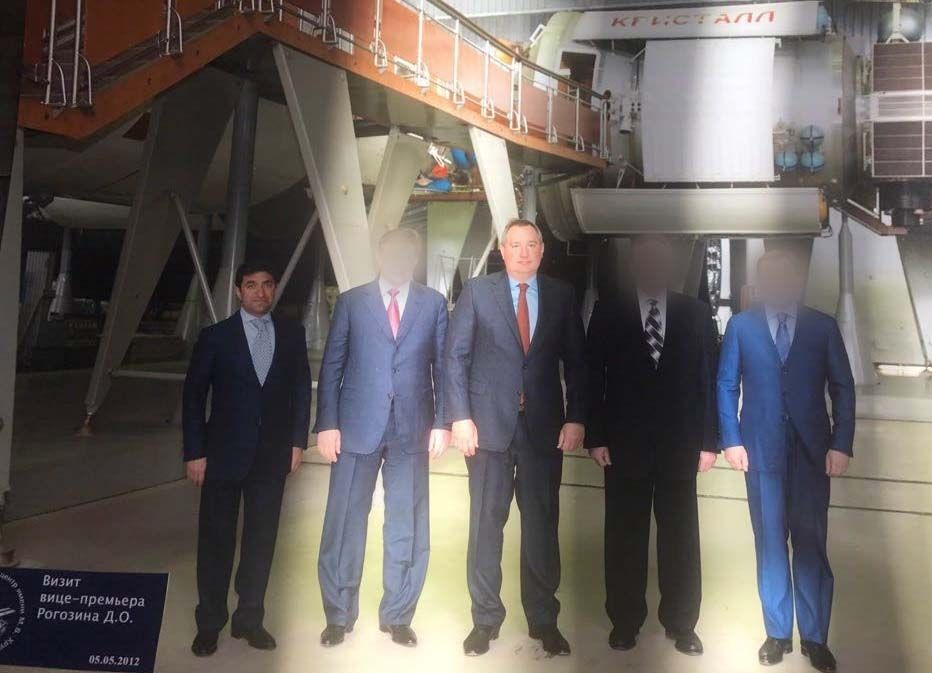 The initiative of President Vladimir Putin, who in early 2019 gave an order to build a modern national space centre on the territory occupied by the Khrunichev Centre hindered to do that. And the "rest" of the territory should be given to hi-tech parks, business and exhibition centres.

Version N 3. Desire for revenge on the part of the "undertaker"

It is not the first year that journalists "stick" offensive labels to Mr. Rogozin for his "successful" work. In order not to be unfounded, let us have a look at the journalistic investigations of previous years.

On October 1, 2018, News Tracker published the article Dmitry Rogozin will become the undertaker of Russian space.

Journalists reported that Russia was on the path of the final and irrevocable loss of space. The country was hopelessly behind the leaders of space exploration – the United States and Europe.

- Rogozin is not even a politician who looks ahead and thinks about the consequences, he solves military issues, and the civil space is given to him at the mercy, - said an independent expert, candidate of technical Sciences Vadim Lukashevich. 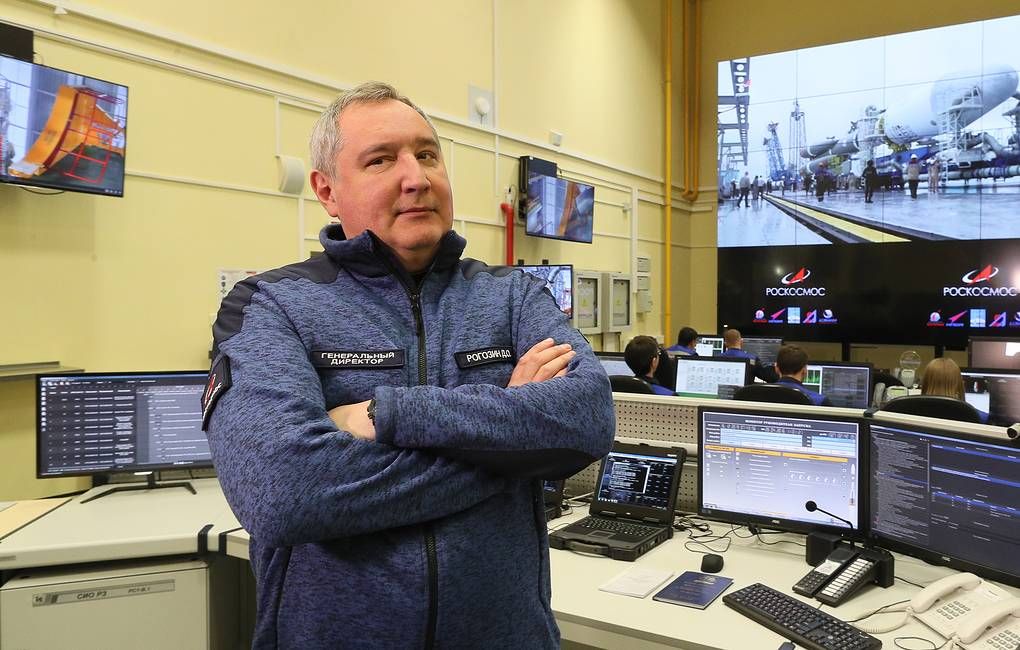 Dmitry Rogozin buries the Russian space program. And this is what will remain in history

The publication reminds that back in 2012, Russia curtailed all projects to launch automatic vehicles to the planets Mercury, Venus and Mars. Today, the participation of Russian scientists in scientific launches is reduced to the fact that sometimes our devices are bought for foreign machines. It turns out that Russia can still produce some components and equipment, but it is not able to do major scientific projects!

"Dmitry Rogozin buries cosmonautics and this is how it will remain in history. He is a journalist by training, and his level is the editor of the Zvezda channel", - independent expert Vadim Lukashevich sharply characterized Mr. Rogozin's work.

Why did Mr. Rogozin swallow this "publication" from 2018? Why does he demand criminal cases to be initiated against journalists of The Moscow Post?

However Rogozin continues to regularly fall into corruption scandals.

One of the most high-profile corruption scandals with the Roscosmos state corporation were the arrests. In 2019, Sergey Lemeshevsky, General Director of the Lavochkin NPO, and Ekaterina Averyanova, Director of the legal Department of the same NPO, were arrested. Later, investigators detained a third accomplice-lawyer Igor Tretyakov. RBC wrote about this in detail.

It turned out that they agreed to enter into fictitious contracts with the Tretyakov law firm for the provision of legal services. But in fact, all the work was performed by full-time employees of the legal Department under the leadership of Ekaterina Averyanova. The participants of the conspiracy for 2 years "milked" more than 330 million rubles.