Diplomats are sent out, "rates" are rising

The United States is intensifying "hysteria" before the meeting of Vladimir Putin and Joe Biden.

Relations between Russia and the United States have degraded to a lower point, but in Washington they still continue to look for new tools to increase the degree of confrontation.

According to the correspondent of The Moscow Post, on the eve of the next weekly briefing of the Russian Foreign Ministry, where the official representative of the department Maria Zakharova answered the question of our publication.

One of the topics was the "expulsion" of 27 Russian diplomats from the United States who worked for a three-year period, who were invited to leave the country before January 30, 2022. And let some of our question be borrowed by colleagues from International Life, this did not affect Zakharova's answer.

It is that, unfortunately, due to the US position, there is no certainty yet whether diplomats will be able to return, and in what way. Moreover, this will require visa processing, which may have to be done through Polish Warsaw - again, these details have yet to be clarified with the Americans.

"Because as I told you, the Americans said they said (this is one of their fundamental positions) - that if a person, a diplomat has already worked a certain period, then he cannot apply for work in the United States of America as a diplomat in Russian foreign institutions for three years later," Zakharova explained.

Meanwhile, Moscow regards the requirement for our diplomatic workers to leave the United States as precisely the expulsion of diplomats. A step that can be called irresponsible. In the face of tense relations, when diplomacy becomes even more important, the United States continues to reduce contacts.

That imminent expulsion of our diplomats became known at the end of November. The first to announce this was the plenipotentiary ambassador of Russia to Washington Anatoly Antonov.

"Our diplomats are being driven out. On January 30, 27 people with families will leave us, and on June 30 a similar number will leave here (American diplomatic workers from the Russian Federation - approx. Editors). There is no overgrowth of the number of contacts into qualitative indicators. In reality, we are still perceived by opponents. The atmosphere is poisoned by Russophobia, "the ambassador quotes Lenta.ru.

The demand for American diplomats to leave Russia before the end of January 2022 was the response of Moscow. As Maria Zakharova emphasized, this is not Russia's choice - "the United States imposed a similar game": in 2020, the State Department unilaterally established a three-year limit on the duration of business trips of embassy employees in Washington and Russian consulates general in New York and Houston.

Thus, diplomatic relations between our countries continue to degrade at the initiative of the American side. Recently, it was estimated that since 2017, the number of Russian diplomatic and consular workers in the United States has decreased tenfold - from about 1.2 thousand people to 120 people. It is still unclear why the States should do this - except for mutual accusations, rising tensions and inconvenience for ordinary people, this does not lead to anything.

The situation was a continuation of another - almost complete termination of diplomatic contacts with NATO. And this did not begin with Russia either. In October 2021, it became known that the Alliance would send eight diplomats working at the organization's headquarters. This is half of the entire presence of our diplomats at the NATO mission.

Interesting reasons - they were accused of hostile and almost espionage activities. But where is the evidence of this activity, what are they? In such cases, as they say, they catch their hands, present the results of operational shooting, present at least something. But not in this case.

"We have strengthened defense and deterrence in response to Russia's aggressive actions, at the same time we are still open to meaningful dialogue," a RIA Novosti source in the Alliance explained. It looks completely strained.

As a result, Russia made the only right decision - to completely curtail the Russian representation under NATO. Later, the press secretary of the Russian President Dmitry Peskov noted that the breakdown of relations was not something out of the ordinary, because these relations as such were no longer present. But what a wave of criticism, complaints and even insults against Russia rose in the Western press.

Even later, the President of Russia answered these "cries." He pointed to the obvious: the West itself destroys our relations, and then tries to blame Russia for this. Classic shifting from a sick head to a healthy one. And this is not counting the absolutely illegal and irresponsible sanctions policy against our country, and not only.

Meanwhile, experts agree that where the dialogue is beneficial to the United States, it will continue. Recently, the head of the CIA, William Burns, visited Moscow. He met with Security Council Secretary Nikolai Patrushev and other officials. Continued interaction on strategic stability, cyber attacks, and much more were condemned. 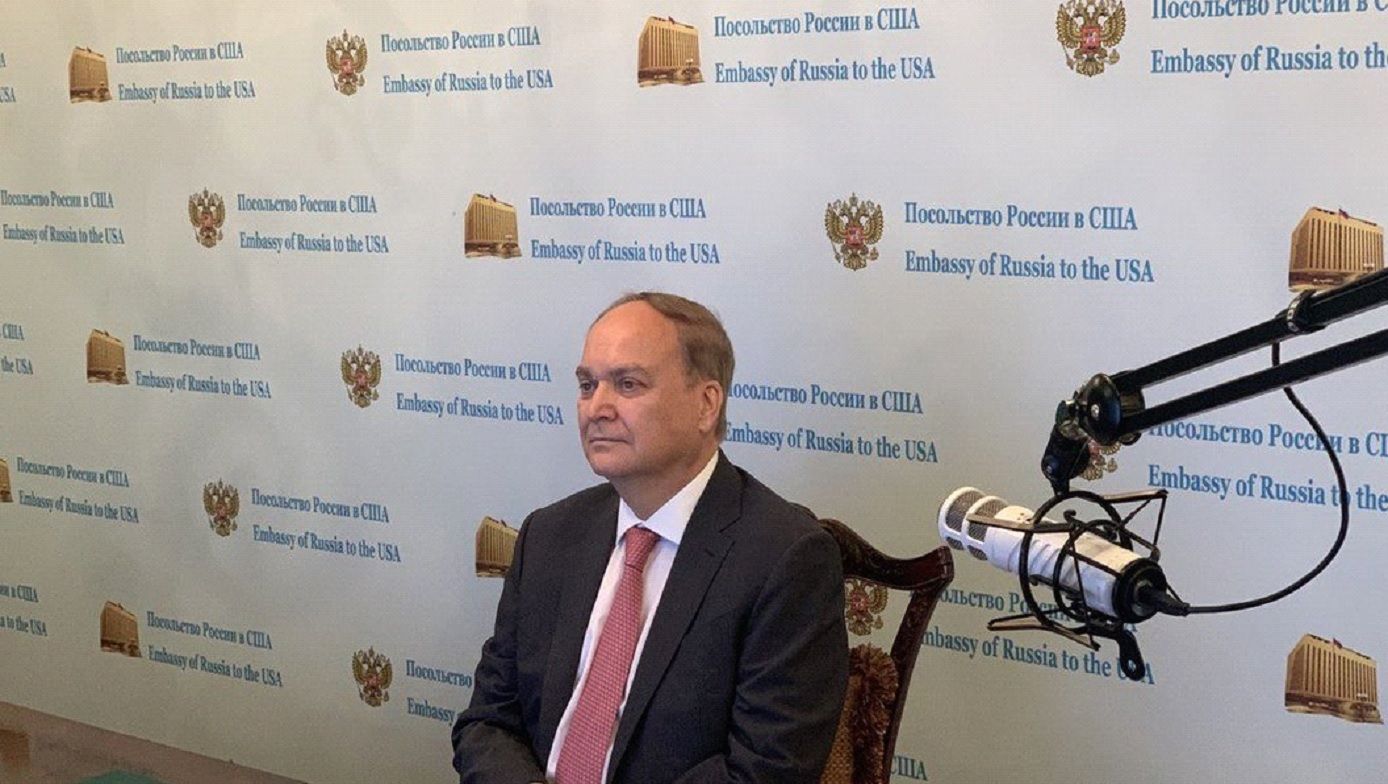 Russian Ambassador to the United States Anatoly Antonov: "we are still perceived by opponents"

In itself, this sign is not bad. Especially against the background of real anti-Russian, wider - Russophobic hysteria in Europe on the occasion of the energy and migration crises. Allegedly, Russia from either side will suddenly attack Ukraine - another line of confrontation and a hotbed of tension.

The other day, an interesting explanation of the situation appeared. According to RBC with reference to the American press, Burns in Moscow could prepare a new meeting between Vladimir Putin and Joseph Biden. And anti-Russian hysteria and escalating the situation can be tactical moves to raise the stakes before the meeting. Then the reduction of tension can be presented as a victory, even if no substantive agreements are reached.

In this sense, the mutual expulsion of diplomats can also be part of this game. After all, diplomats can be returned. But it turns out some kind of diplomacy on the contrary - the worse, the better. So it will be very difficult to build bridges.

But in the context of the growing power of China and the self-sufficiency of the Russian Federation, the question sounds louder: who, in fact, needs it more, Russia or the United States? And the answer may not appeal to the Americans and their allies.