Deripaska "got" Potanin on the "needle" of discord

While Oleg Deripaska and Vladimir Potanin are engaged in an internecine war, Nornickel is facing other problems. Won't the MMC have a quiet life until the oligarchs agree?

As it became known to the correspondent of The Moscow Post, a number of serious violations were revealed in one of Nornickel's subsidiaries. Apparently, at enterprises of Vladimir Potanin they do not care about the environment and safety at all - it is more important to "grab" more money. The billionaire himself, instead of solving urgent problems, continues to argue with the second shareholder of MMC Oleg Deripaska.

Another Potanin's asset was caught in violation of environmental regulations. What concerns the Norilsktransgaz company,  there were found dents on the bottoms of tanks, destruction of foundations and deformation of pipelines. In addition, the company arranged an illegal dump and littered the bank of the Bolshaya Kheta river with construction debris, polluting the reservoir itself. The company also does not have a drainage system. Naturally, the inspectors from the Federal Service for Supervision of Natural Resources did not find documentation for major repairs and replacement of worn-out equipment.

It seems that the disaster with the spill of 21 thousand tons of diesel fuel which happened in May did not teach Potanin anything. It can be justified by the fact that he has not yet felt the full consequences of the environmental disaster. The fine of almost 148 billion rubles issued to Nornickel has not hit the billionaire's wallet yet - the company has not paid a penny so far. And instead of "paying" the corporation started a trial in order to get a cheaper check. In general, Potanin does not change his corporate style.

But Potanin did not think about the fact that, unlike him, most people care about the environment and safety. And so, it "backfired" on the billionaire: in the first half of the year, the EBITDA of Norilsk Nickel decreased by half, to $1.8 billion. And net profit fell by as much as 98%, to $45 million. The reason for this is the emergency which happened in the Arctic in May. It seems that Mr. Potanin should still think about "earthly" issues, because this directly affects his income. And the oligarch, apparently, hardly survives the loss of every penny.

The reason for the 51% decrease of EBITDA was the recognition of expenses on environmental reserves to $2.1 billion as compensation for the diesel fuel spill at the CHPP-3 near Norilsk. This amount of fine was set by a specialized inspection body, but Nornickel did not agree with the calculation method and sent a letter to the service asking for clarification of the damage assessment. The company expects an out-of-court settlement of the issue.

Greed has not destroyed yet

At the same time, it cannot be said that knocking out a cheaper check is justified by the fact that there is no money to repay the fine. As reported by Kapital Strany, the amount of all available funds on the company's accounts is 2.7 billion dollars. And the wealth of Vladimir Potanin is estimated at 24.4 billion dollars. But the billionaire clearly does not intend to share. 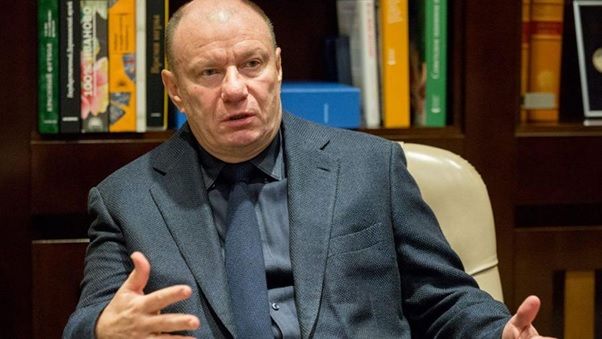 Even Vladimir Putin himself accused him of greed. After the disaster in May, a teleconference was held between Potanin and the President, during which the oligarch promised that he would compensate the damage caused to nature by paying money. Then the businessman estimated this very "damage" at ten billion, as 812 Online reports.

"We have known each other for a long time. Look, it's billions. And one container where fuel was stored costs much less, several times. It's just not comparable. If they were changed in time, there would be no environmental damage, and the company would not have to bear such expenses," Putin said.

In fact, the Head of state reminded Potanin of the old wisdom that "a miser pays twice". But the fact is that the "miser" of Norilsk rarely pays even once. Confirmation of this is the countless number of small and not very large catastrophes in his fiefdom, the Arctic.

In particular, two years ago, one of the suburbs of Norilsk was flooded with "blood rain". As reported by Kommersant, the Nadezhdinsky metallurgical plant was then cleared of old spills, but no one bothered to remove the debris in time. As a result, the rusty dust was picked up by the wind.

In 2016, the same plant polluted the Daldykan river: due to rains, water passed through one of the plant's filtration dams. It got into the river and coloured it in the crimson colour.

Potanin's structures ignore not only on environmental safety, but also on the safety of employees. The Moscow Post previously wrote in detail about how dangerous it is to work in Norilsk. For example, in October 2019, 3 miners died at the Taimyrsky Deposit. In 2018, 6 people died at the same deposit and 26 others were seriously injured. In 2017, a methane explosion at the Zapolyarnoye Deposit killed 4 miners. And there are many such cases in the history of the corporation.

They say that most accidents could have been prevented by investing money in equipment upgrades and taking security measures in time.

Potanin can "deceive" almost anyone in his patrimony, however at a higher level he faces a serious opponent who intends to get his money. It is about the co-owner of Nornickel, Oleg Deripaska, whose RUSAL has about 28% in the corporation.

Unfortunately for Mr. Potanin, even the "collapsed" by half EBITDA does not mean that the dividends can be "squeezed", referring to temporary difficulties. And Deripaska rightly wants to get his own. In response, Potanin reproaches the oligarch with greed. As they say, people who live in glass houses should not throw stones. 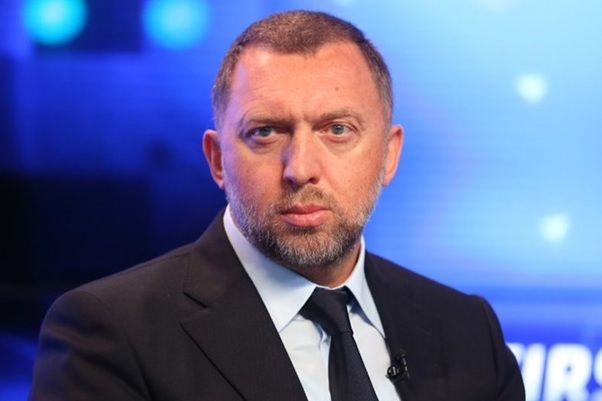 Deripaska does not intend to lose his money

Now the conflict of entrepreneurs has already entered the public field. On August 12, the website Interros (Potanin's asset, he owns 34.6% of Nornickel's stocks) published a statement accusing RUSAL of putting pressure on the company. Allegedly, Deripaska is trying to use the situation with the fuel spill in Norilsk and "on the quiet" to conclude a new shareholder agreement that would guarantee him the payment of maximum dividends.

As they say it in Interros, the oligarch is sitting on a "dividend needle". And here it is quite difficult to argue. After all, the dividends from the share in Nornickel almost completely cover payments on RUSAL's debt, surpassing the cost of servicing loans by almost half (dividends in 2019 - $1.1 billion, loan repayments - about 600 million).

And Deripaska is really deep in debt. As Kommersant wrote, he has been living "in debt" since the 2008 crisis - then he took 4.5 billion dollars from VEB.RF, three years later he refinanced one and a half billion. Then RUSAL was financed for $ 9.5 billion, and in 2014 the oligarch took out loans from Sberbank and extended them. At the beginning of 2020, he asked the state for 30 billion rubles.

In addition to debt obligations, he is also under pressure from the imposed sanctions. Therefore, as Finanz wrote, it sold off the GAZ Group's plants in 2018.

The escalated fight between Deripaska and Potanin, who have been butting heads since 2008, may finally "bury" the MMC. As reported by the authors of the Misli-NeMisli telegram channel, allegedly this was directly said by Chairman of the Board of Interros Sergey Batekhin.

Interestingly, the businessmen have been "butting heads" for 12 years for the same reasons. The first "confrontation" back in 2008 happened because RUSAL stood for generous dividends, and Potanin stood for investment in development. A new round of conflict occurred in 2018, when entrepreneurs almost arranged a "Russian roulette". Under this scheme, shareholders could sell their stakes to each other at a higher price. The case then even reached the London Court, but was "hushed up" because of the sanctions imposed on RUSAL, as Kolokol reported.

The heads of RUSAL and Interros have fundamental differences in matters related to the management of Nornickel. As it was noted in the statement of RUSAL, on the official website of the corporation, RUSAL stands for further tightening of control systems. In addition, the management of Potanin is accused of incompetence, saying that they make ineffective decisions, or there are no decisions at all. Now Deripaska's structure is trying to eliminate the management from the MMC, under whose leadership a number of accidents occurred.

In addition, RUSAL broke a deal to create a joint production of Nornickel with Musa Bazhaev's Russian Platinum, Kommersant reported. Does it mean that the MMC will not have a quiet life until Deripaska and Potanin agree?

Now the main subject of conflict is, of course, dividends. Deripaska recently received his 1.2 billion dollars, but Potanin was clearly not happy about it. Recently, he even stated that the agreements concluded with RUSAL are now "rudimentary" and require revision - or they hinder the development of Nornickel.

Mr Potanin seems to have been "pressed". On the one hand, he is under pressure from the problems of the MMC that have accumulated over decades of conniving management, on the other - a serious rival in the person of Oleg Deripaska. Isn't it time to reconcile with the latter? But this will mean a loss of money that our oligarch may not survive. At the same time, adhering to the policy of "grab everything and more", Potanin only "winds up" new probable losses for himself.