The co-chairman of the party structure, having barely united with his colleagues from Fair Russia and Patriots of Russia, immediately began to "take advantage". It seems that the Presidential Administration is happy about this.

As the correspondent of The Moscow Post reports, the first political "mess" began in the newly formed Fair Russia (also translated as A Just Russia) - For Truth political party, which united three party structures at once. The co-chairman of the party, a well-known writer, a combat commander of the DPR, and now a politician, Zakhar Prilepin, through his representatives, proposed to appoint "his own people" as the heads of a number of regional branches of the united structure.

Why "mess"? Because this is the first indirect sign of the struggle that has broken out in the party for sole power and the ability to independently form the party agenda. The one who controls the key regional branches, in fact, controls the party on the local units - and Prilepin is trying to start the process of creeping "interception of the initiative".

Meanwhile, Prilepin's representatives offered to "put" themselves on the leadership in rather strong regions - the Ryazan, Saratov, Voronezh and Smolensk regions. And if everything is clear with Ryazan (Prilepin himself is from there), then the situation is more complicated with others, and here's the reason why.

The fact is that the two parties united with the Fair Russia - Patriots of Russia and For Truth, frankly speaking, practically do not have an established regional network of representative offices, do not have their own local networks, and all the necessary arsenal to participate in a large-scale election campaign.

Therefore, Prilepin is trying to take advantage of the ready-made network of Fair Russia, having crushed it under him. However, according to experts interviewed by The Moscow Post, it is not so much this as a possible attempt to knock the bottom out of the feet of the weakening party chairman Sergey Mironov for promoting his own leadership.

Fair Russia - For Truth is taken by many as another Kremlin political project. If this is true, then it should be borne in mind that there exist more than one Kremlin towers. Specifically, Mr. Prilepin is being tried to be connected with the "grey cardinal" of the Presidential Administration, the influential Sergey Kiriyenko.

It is no secret that Zakhar Prilepin for many years positioned himself as a follower of the radical politician Eduard Limonov and his banned in Russia NBP party. After that, Prilepin was expelled from the Limonov organization, but still continued to "dress up" as a "Limonov follower".

After Limonov passed away, this format finally lost any value for Prilepin, which is the reason why former associates of this organization (it is not registered, self-called NBP Eduard Limonov and is also banned in the Russian Federation) consider Prilepin a traitor. 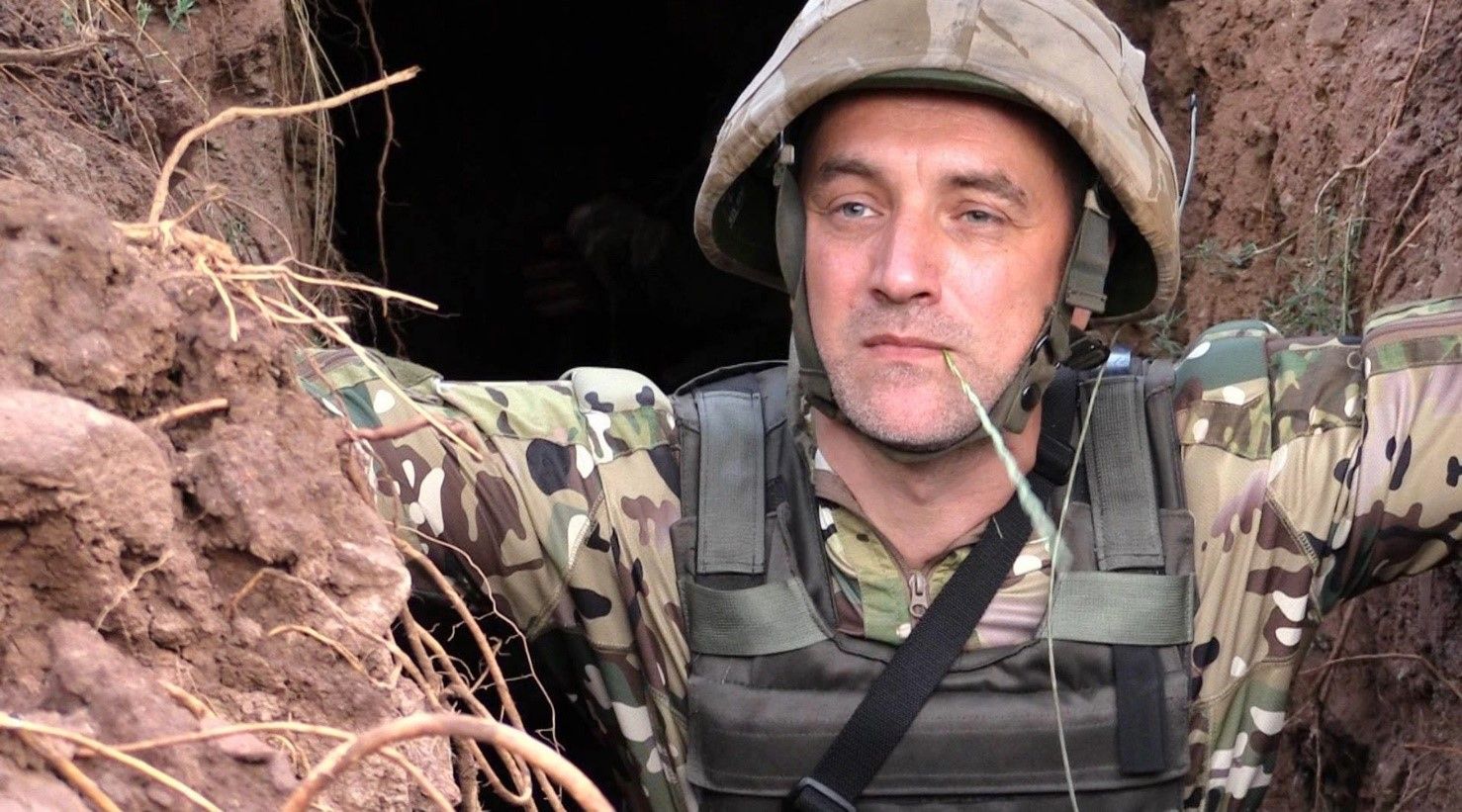 Zakhar Prilepin - from writers to trenches, from the  trenches to the party leadership, and then to the State Duma?

They have no doubts about his possible attitude to the Kiriyenko bloc. The authors of the official website of this banned organization write directly: "Less than a year has passed, since Prilepin, at the behest of his master from the PA, Kiriyenko, leaked For Truth under the second party of power - Mironov's Fair Russia, which is breathing its last. It is assumed that now it should definitely crawl over the 5% limit in the parliamentary elections, and Zakhar Prilepin himself will shine with his bald head in the Duma corridors."

But the person who shouldn’t shine any longer is Sergey Mironov. Despite his extremely rich political experience and connections, he has long since lost his political leadership. Evidence of this is the results of the parliamentary elections in 2016, when the party under his leadership won only 6.2% of the vote, receiving 7 mandates.

Today, both in the party and in the Presidential Administration, everyone understands that it is not Mironov who should lead the renewed political force to victory. Or at least to the "second result", which is what the party members are aiming for. However, the speed with which Prilepin began to "pump" the regional offices for himself - with an obvious aim to enlist support on the ground for further "blitzkrieg" for the post of head of the entire structure, looks rude.

Independence - not in fashion?

The basis for this was set at the first unification congress of the party on February 22. Instead of making three co-chairmen with equal powers, the structure followed a logical, generally, but not completely profitable path for Prilepin. Mironov became the chairman, and Zakhar Prilepin and the leader of Patriots of Russia Gennady Semigin - only co-chairmen.

It is logical, just because Fair Russia, the leader of which was Mironov, is a parliamentary party with a well-built structure of regional branches. While For Truth and Patriots of Russia are a kind of spoilers, which without the heavyweight in the person of the FR and Mironov had no chance of passing to the next convocation of the Duma.

There were other signs of an imminent struggle for power in the united structure - even then, at the first congress. According to the authors of the Maxpark website, allegedly the social revolutionaries and Prilepin followers behaved completely differently, including with journalists.

Then, we recall, the FR offered journalists to work in the press centre with rows of chairs and a table for speakers, at which their congress was broadcast. Prilepin followers were also given a choice: to work in the meeting room or in a separate room with snacks and drinks, where the broadcast was also conducted. At the same time, several people allegedly were coming up and saying when there would be a press approach to Prilepin or his assistant Ivan Okhlobystin, helped to negotiate with any speaker about comments.

In the same sense (the possible lack of independence and actions at the behest of the Kiriyenko bloc), the interview of Zakhar Prilepin himself, which he gave to the Meduza publication (a foreign agent on the territory of the Russian Federation), is indicative. When asked by a reporter if he was offended by losing his party amid talk that the new structure is a Kremlin project, Zakhar replied: it is not offensive at all.

We quote the answer in full, because in it, as they say, "everything is fine": "It does not hurt at all, we have a set of political ideas that we must implement, bring them to life. We do not have to look good, we do not have to wear the guise of independent political action and existence. This is not an end in itself, I spent 20 years in the NBP, I understand everything about it. How wonderful and pleasant it is to be a deeply independent politician, around a variety of compradors and, looking at their comprador connections, to bear a proud name! But it only looks like that from the outside."

That is, Zakhar Prilepin himself admits that he is no longer an independent political unit. However, he hints at something else - that he is now connected by party ties with two more political forces. But, reading between the lines - who considers Fair Russia an independent structure, and not a failed project of the "second party of power"? Born, as they say, in the bowels of the Presidential Administration.

Mironov – "hostage" of the construction?

However, from a political point of view, the current party structure really looks like a compromise. From the very beginning, it was assumed that the meaning of the agreement between the two small parties and the FR was as follows: half of the members of the governing bodies of the joint structure - the Presidium and the Central Council - would be received by representatives of Patriots and Prilepin followers.

That is, this is a direct way out to the internal party opposition to Mironov himself, which Sergey Kiriyenko, whom the rumour-mongers consider to be the author of the whole construction, would certainly like to see. For Mironov himself, this would also be the right decision, with only one caveat - if he was a really popular leader.

But since his popularity has faded over the years, he has become a hostage to the new design. On the one hand, he has received an internal party opposition that can and should renew the party and move it forward. On the other hand, he himself looks superfluous in this construction, as an already elderly and unpopular leader.

At the same time, a branched structure appeared in the hands of the new co-party members, and even federal funding - after all, the party is parliamentary. It would be a mistake for Prilepin not to take advantage of this. The whole question is how clumsily it is done today - just a month after the merger. 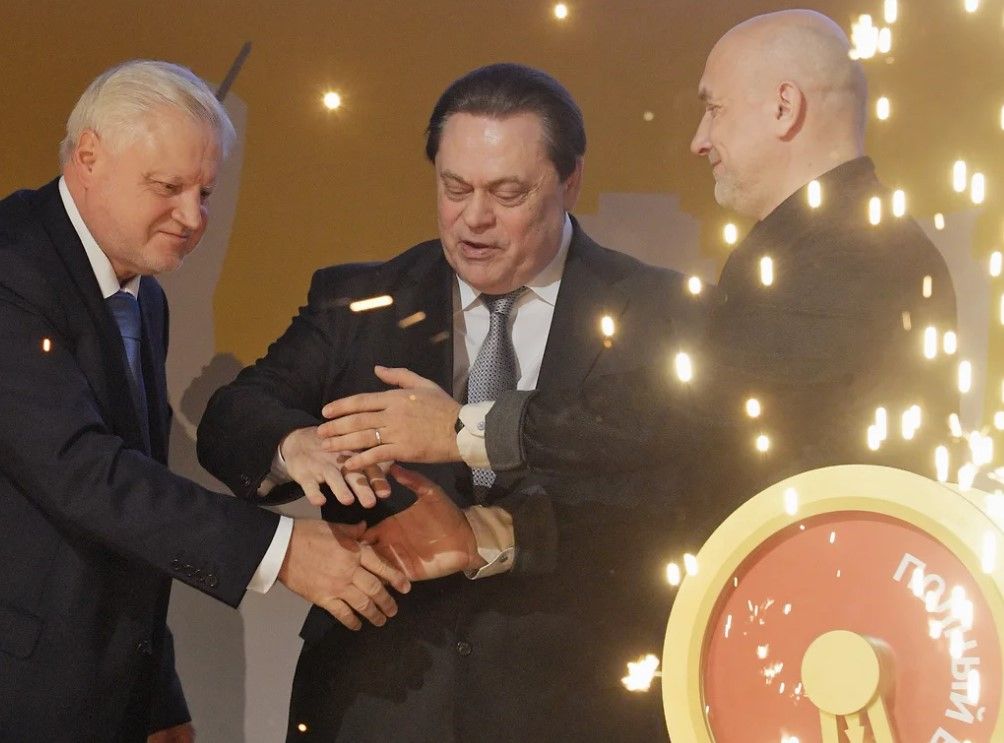 Who is the "odd one" in this construction?

Whether Mironov understands that he will soon be pushed aside, or not - the political struggle has its own logic. In this case, it seems, the logic of Sergey Kiriyenko.

At the same time, ideological chatter about the left agenda, memories of the Great Stalin, then of the heroes of the more distant past, is only a political technological screen, which is designed to draw the patriotic electorate away from the Communist Party. The latter, by the way, unlike the FR in general, does not seem to be moving anymore. And it looks like it's really time for it to give up the second place. Even if it is a pseudo-ideologized "Prilepin followers" under the guise of a united triune structure.