Instead of dealing with discontented residents of Khabarovsk, new interim Governor Mikhail Degtyarev tries to establish ties with the "near-criminal" world and saves animals, doesn't he?

According to the correspondent of The Moscow Post, residents of the Khabarovsk territory finally talked to the "silent" Mikhail Degtyarev. On Sunday, the interim Governor of the region held two meetings with people: talked to the people on the side of the road in the Khabarovsk wilderness, and then came to the regional administration. In his trademark style, he made promises and several controversial statements. Adopted the style of the leader of his native party Vladimir Zhirinovsky?

The first Sunday meeting was held in a very unusual setting: on the road between the villages of Vanino and Sovetskaya Gavan, which is 9 hours away from Khabarovsk. This "exit from the twilight" looks like an impulsive decision. Apparently, Degtyarev was tired of drivers coming towards him, who signaled his motorcade. So he arranged an "urgent meeting."

Immediately, he had to work out the claims of citizens who accused him of not supporting his fellow party member Sergey Furgal. In response, Degtyarev said that he "rooted" for his friend and agreed with people's demand to make the trial open. He also complained that Furgal's arrest "can't tell you how it hurt him." Ah, what a drama!

At the end of the conversation, he invited social activists to the "people's Council", which he plans to create under his administration. Allegedly, he can't appear at protests or communicate with hundreds of activists - after all, there is a coronavirus epidemic raging in the region, it is not safe. But at the same time, he very much wants to keep in touch with the leaders of public opinion.  Is he going to "process" them behind closed doors?

The subsequent meeting with the protesters at the regional administration seems to be already planned - perhaps the PR people of the interim Governor convinced him that it is impossible to "extinguish" people further. However, he went out to people on Sunday evening, when most of the activists went home… Well, timeliness is clearly not the "strong point" of the new interim Governor.

Earlier, Degtyarev could not communicate with the protesters, apparently because of his busy schedule. After all, the interim Governor has a lot of urgent and important things to do! For example, to visit the Khabarovsk Lyceum named "Zvezdny". There, he ate pies, drank a rosehip drink, played table tennis with the Mayor of the city, and showed how to pull up properly on a horizontal bar. However, he pulled up only once, but this is already a nuance - the audience still rewarded him with applause for his effort.

As reported by Interfax, Degtyarev has a lot of paperwork: for example, in three days he had to sign "at least a thousand documents". That means making a lot of important decisions. For example, to send 3.5 million rubles to the Priamursky Zoo, where animals are starving. This is a good initiative, of course. Though it is rather strange to think about animals, "ignoring" people - the idea immediately caused a wave of criticism and ironic comments from spiteful people.

Maintaining social networks also takes a lot of time. His live broadcast on Instagram, during which Degtyarev told what sacrifices he was ready to make for the sake of Khabarovsk residents, is especially remembered. For example, go to the bathhouse.

"If in order for Khabarovsk residents to live better, I have to steam with big bosses in the bath, I will do this with pleasure and will solve many issues for the Khabarovsk territory in the bath," - Degtyarev shared. And then asked for advice on a good bathhouse in the city.

Generally, the love of the interim Governor for bathhouses has been known for a long time. Back in 2013, he went to the steam room with Head of the LDPR Vladimir Zhirinovsky. 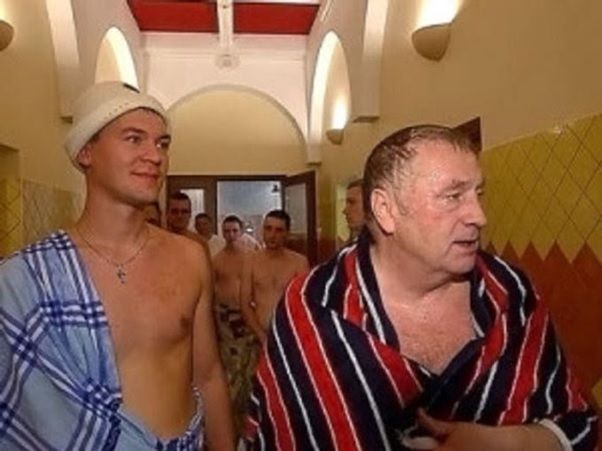 And they did it with a good purpose - thus being a Mayor of Moscow candidate, he "PRed" his initiative to subsidize the baths from the state budget.

But, Mr. Governor, you can't wash everything in a steam room. During some years before coming to Khabarovsk, Degtyarev managed to create an image of a "strange" politician. He was particularly remembered for his unusual initiatives, which he put forward as a Deputy in the State Duma.

For example, together with fellow party members in 2017, he proposed replacing the national anthem with "God save the Tsar", since the latter is more patriotic. At the same time, the words of the anthem were proposed to be printed in the internal passports of Russians. And the passport itself could be made "more beautiful": to depict various historical pictures on its pages, as well as the contours of the borders of Kievan Rus, the Russian Empire, the USSR and Russia.

Degtyarev also suggested banning dollars in Russia. He even told a heartwarming story about how a five-dollar bill hanging on the refrigerator had harmed his family. Only the replacement of it with Russian 500 rubles with the image of Orthodox crosses of the Solovetsky monastery helped… He told about it on TVC.

Against this background, his initiative to introduce State Standards for Ded Moroz (Russian Santa Clause) and Snow Maiden no longer looks particularly strange.

He is also known as a writer. In particular, in the intervals between legislative creativity and going to the steam room, he managed to write the works "Prophet in his Fatherland" and "From Autocracy of Individual to Autocracy of Emperor". The abstract for the latter, by the way, amazes as well. 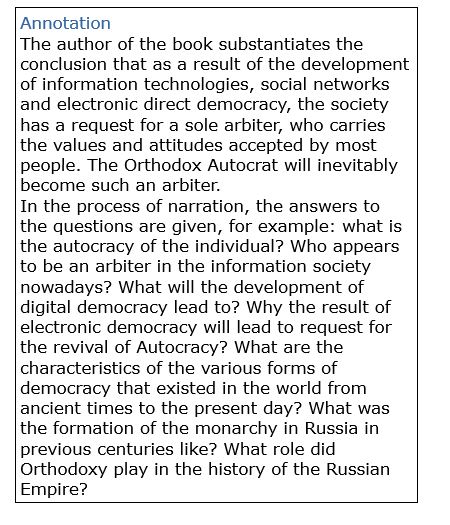 What can be said, the Khabarovsk territory got a funny interim Governor! However, Degtyarev himself is already thinking about the distant and beautiful - about space. As reported by Ura.ru, back in 2016, the politician volunteered to fly into space as a test pilot. And even got approval for it from the CEO of the company-carrier "CosmoCourse". So what if the interim Governor suddenly flies away?…

Jokes are jokes, but in fact Degtyarev may not be so simple. For example, according to the authors of the telegram channel Nezygar, allegedly after a meeting with Khabarovsk residents on Sunday, he went to have dinner at the restaurant of the Parus hotel, which belongs to local party member of Yedinaya Rossiya (United Russia) Gennady Maltsev. And the latter, according to the author of the Infobomb telegram channel, allegedly can be connected with the "near-criminal" world. In addition, Maltsev is considered an influential businessman in the region. Degtyarev decided to "settle down" with "criminals" and merchants in the region?

One of Degtyarev's acquaintances spoke of the politician as a person who clearly knew who to be friends with and when to make friends. News.ru wrote about this. In light of this, the likely meeting with Maltsev looks logical. However, how can this be explained to the dissatisfied residents of the region, who demand answers to their pressing questions from the new Head? Or will people wait until Degtyarev "agrees" with serious "men"?

It is also rumored that Degtyarev is a relative of Vice-President of Alfa-Bank and former Deputy Head of the Government Oleg Sysuev. The latter, by the way, does not deny kinship with him and even told Meduza that he maintained warm relations with his family.

Of course, Degtyarev is Vladimir Zhirinovsky's main protégé - acting in his team since 2004. And during this time, as we can see, he learned a lot from his patron: to make loud statements and "roll out" strange initiatives. At the same time, behind all this activity, the true interests of the newly-made Governor are probably beginning to emerge. And it is unlikely that they coincide with the interests of Khabarovsk residents.

16 February, 8:37
Is there life after "G": the battle for the legacy of Zhirinovsky has already begun?