Death in prison: who is behind the death of businessmen who worked with government contracts?

The court sentenced in a high-profile criminal case in which employees of the Ministry of Industry and Trade, as well as Rosoboronexport, were involved.

The verdict has so far been passed clearly not to the largest persons: 8 years in a strict regime colony and a fine of 22 million rubles were received by the former head of the military-technical cooperation department of the Department of the Military-Industrial Complex of the Ministry of Industry and Trade Rizvan Gairbekov. And the ex-head of the Special Property Export Department of Rosoboronexport JSC Vladislav Kuzmichev received 6 years for his actions.

After the debate, Mr. Kuzmichev could count on a milder punishment: the prosecutor demanded only a fine. But the court decided otherwise.

The defendants in the criminal case were not only Gairbekov and Kuzmichev, but also the head of Nizhny Novgorod Aviation Society LLC Vasily Klepalov. But Klepalov mysteriously died in jail in December 2020.

It should be noted that The Moscow Post tracks this gloomy story with bribes, landings, deaths in jail, as mentioned, for almost 2 years

On June 8, 2020, an investigation was published "Underground" aviators "surrender Manturov?"

The material said that the TFR opened a kind of "Bermuda" triangle of bribes: the structures of the Ministry of Industry and Trade, the Federal Service for Military-Technical Cooperation and the Nizhny Novgorod Aviation Society may be involved in criminal cases.

So it turned out: soon the Khamovnichesky District Court of Moscow arrested three defendants in the criminal case. They turned out to be connected with the case of one of the employees of the Ministry of Industry and Trade.

According to the investigation, the head of the military-technical cooperation department of the Ministry of Industry and Trade Rizvan Gairbekov received 4, 5 million rubles from the general director of the Nizhny Novgorod Aviation Society (NAO) Vasily Klepalov for issuing documentation for the supply of dual-use products to Azerbaijan. 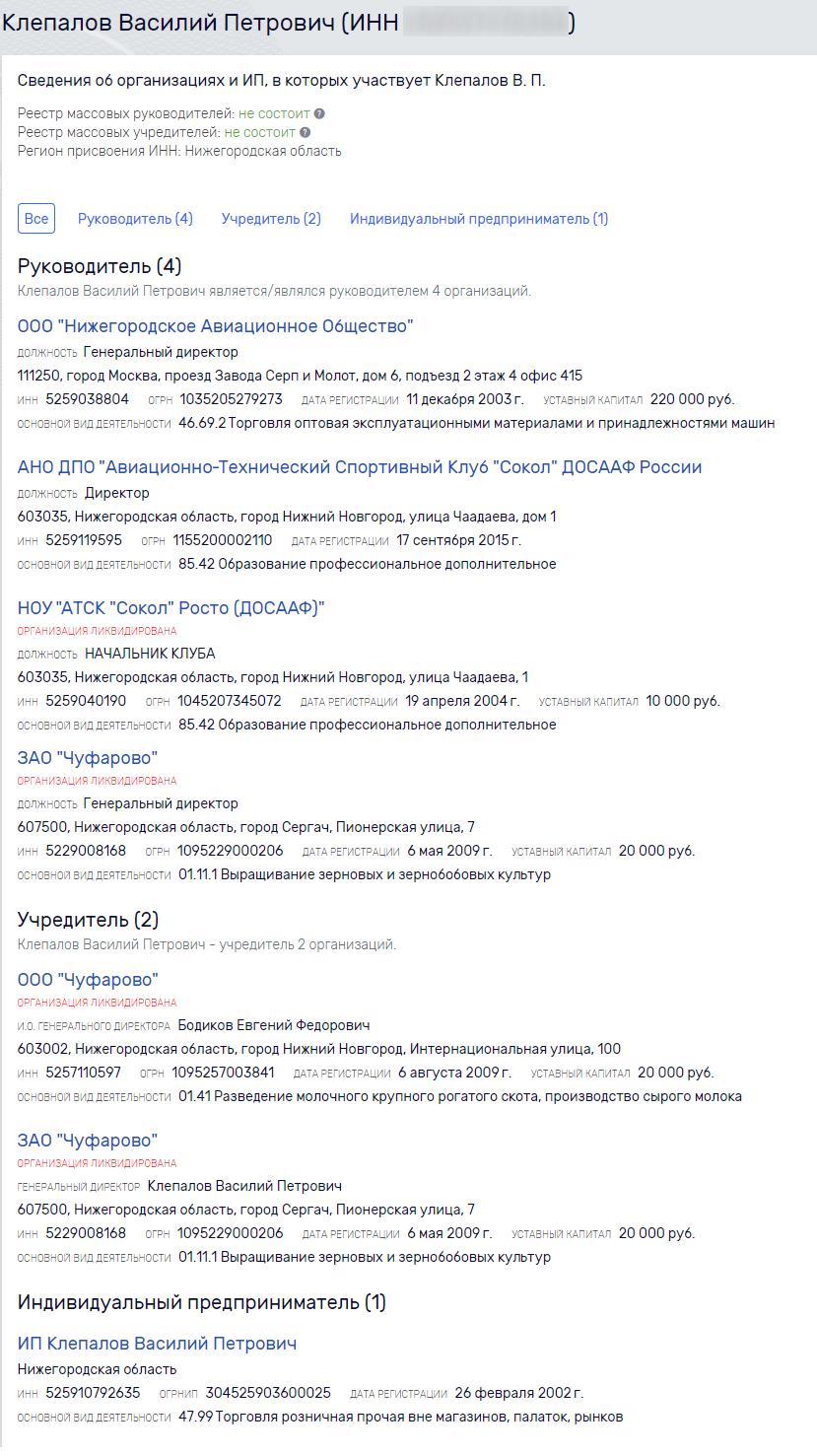 Sergey Garmash, head of the Federal Service for Military-Technical Cooperation, became an intermediary in the bribe. But the first to sit in the pre-trial detention center was the general director of the Nizhny Novgorod Aviation Society Vasily Klepalov.

All his portraits back in mid-2020 were cleaned up on the Internet, as well as other information. The only family photo was on Klepalov's page in Одноклассниках.ру. In the photo, Vasily Klepalov was captured with his wife and daughter.

And it is Natalya Vasilievna Klepalova who passes in the documents of Vasily Klepalov, as a co-founder. 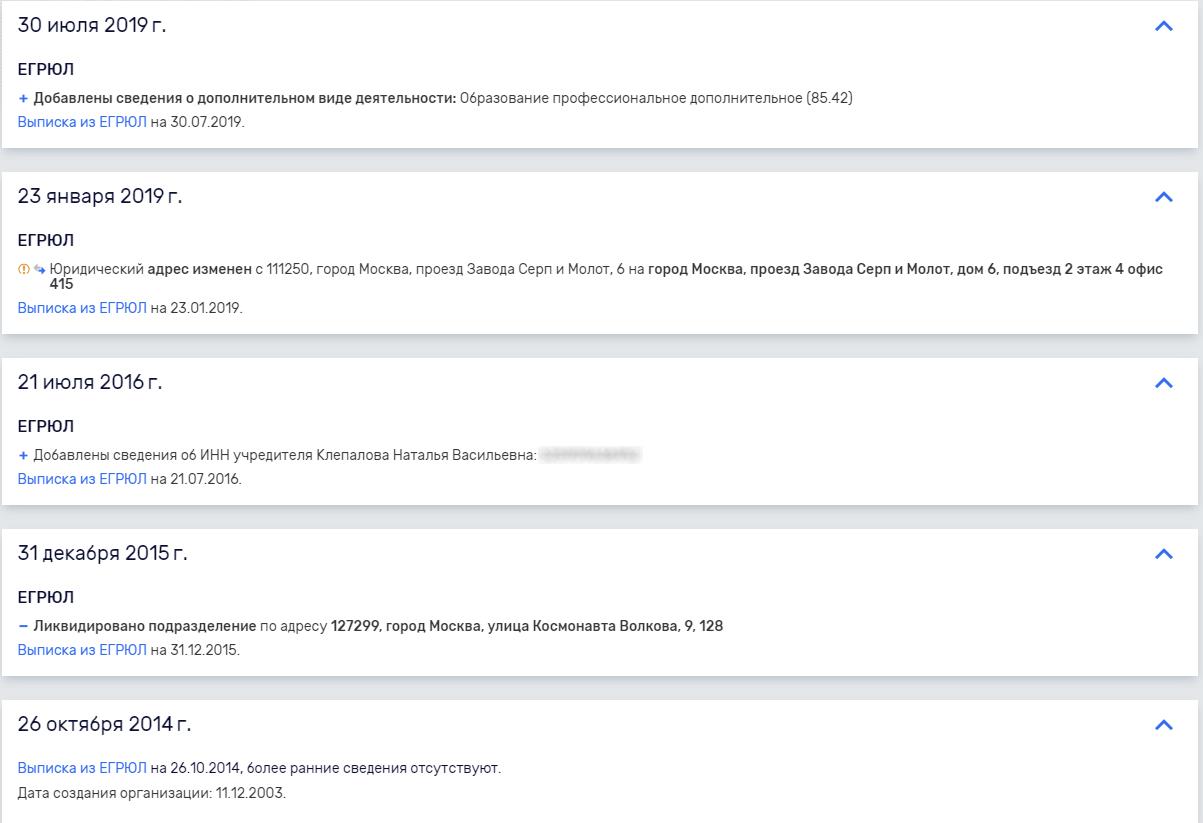 Natalia Klepalova has participated in her father's affairs since 2016. And it was in 2016 that Klepalov's company entered into 2 remarkable state contracts with OJSC Z08 Aviation Repair Plant (ARZ). 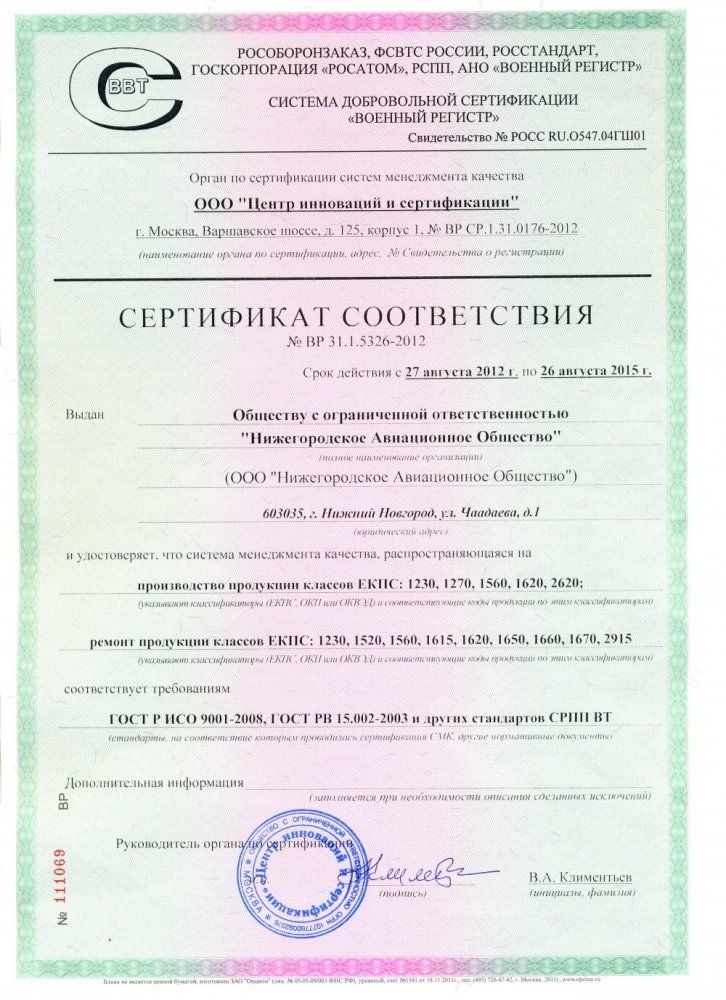 It should be noted that this plant has recently simply "bloated" from government orders...

Next, Rizvan Gairbekov got into the pre-trial detention center, who is charged with taking a bribe on an especially large scale. The intermediary of the transfer of the "lamb in a piece of paper" Sergei Garmash, after the arrest, immediately confessed.

According to investigators, in the spring of 2019 Klepalov asked Garmash to help in obtaining some licenses. They were necessary for the supply of dual-use products to Azerbaijan. Klepalov handed over to Garmash first 2 million rubles, and then another 2.5 million.

Garmash handed over an envelope with money to the head of the department of the Ministry of Industry and Trade Gairbekov.

In addition, Gairbekov was charged with receiving in May 2019 another 1 million rubles from the same Klepalov for helping to re-issue a license to the Ministry of Industry and Trade for Nizhny Novgorod Aviation Society LLC. 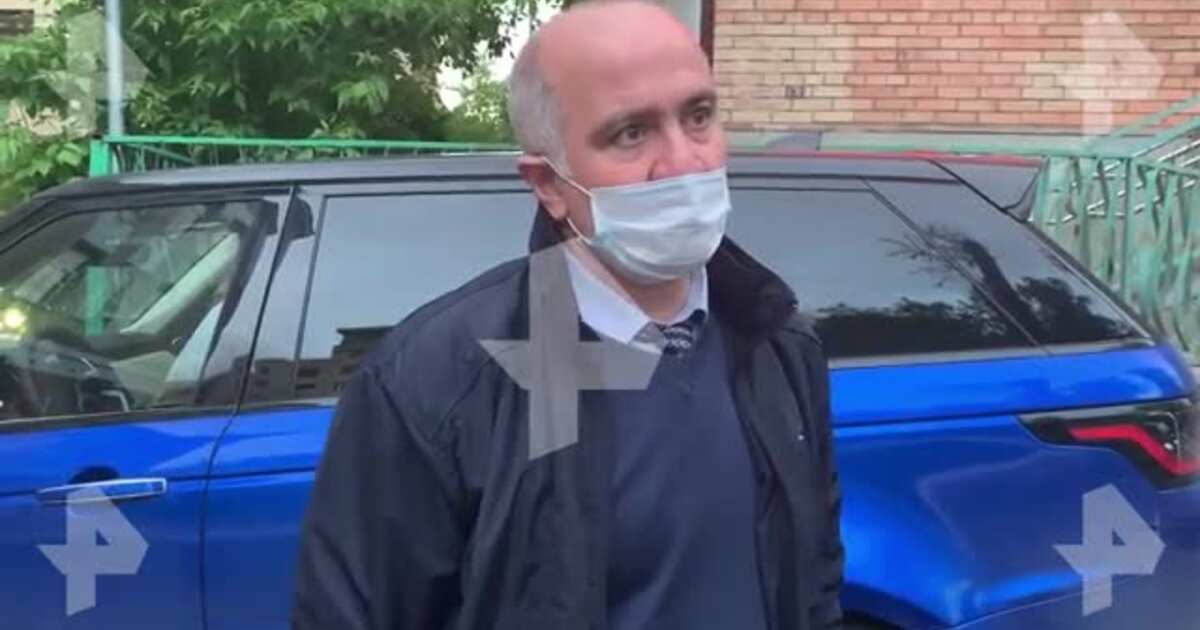 But the episode during the investigation was re-qualified as "Fraud on an especially large scale."

It should be noted that Mr. Garmash, who made a deal with the investigation, thundered for 3 years in a maximum security colony at the end of June 2021. About this wrote "Version".

But on January 9, 2020, another episode appeared in the Gairbekov case: the official was handed over 300 thousand rubles. as a reward for committing illegal actions in favor of Spark JSC.

As follows from Garmash's testimony, in December 2019, the aforementioned Kuzmichev turned to him and asked to speed up through the Ministry of Industry and Trade the appointment of Spark JSC as the executor of the Rosoboronexport contract with the Colombian Air Force for the repair of Mi-17 helicopters and the supply of spare parts. Kuzmichev handed Garmash an envelope for Gairbekov.

In the days when the operatives came to the Ministry of Industry and Trade in a criminal case of bribes, Minister Manturov was very nervous. And especially when journalists asked him the question, is he going to go to work in the state corporation "Rostec"?

Manturov even developed a nervous tick, he covered himself with spots, but called the rumors about his transition "crazy nonsense." Kommersant wrote about this. 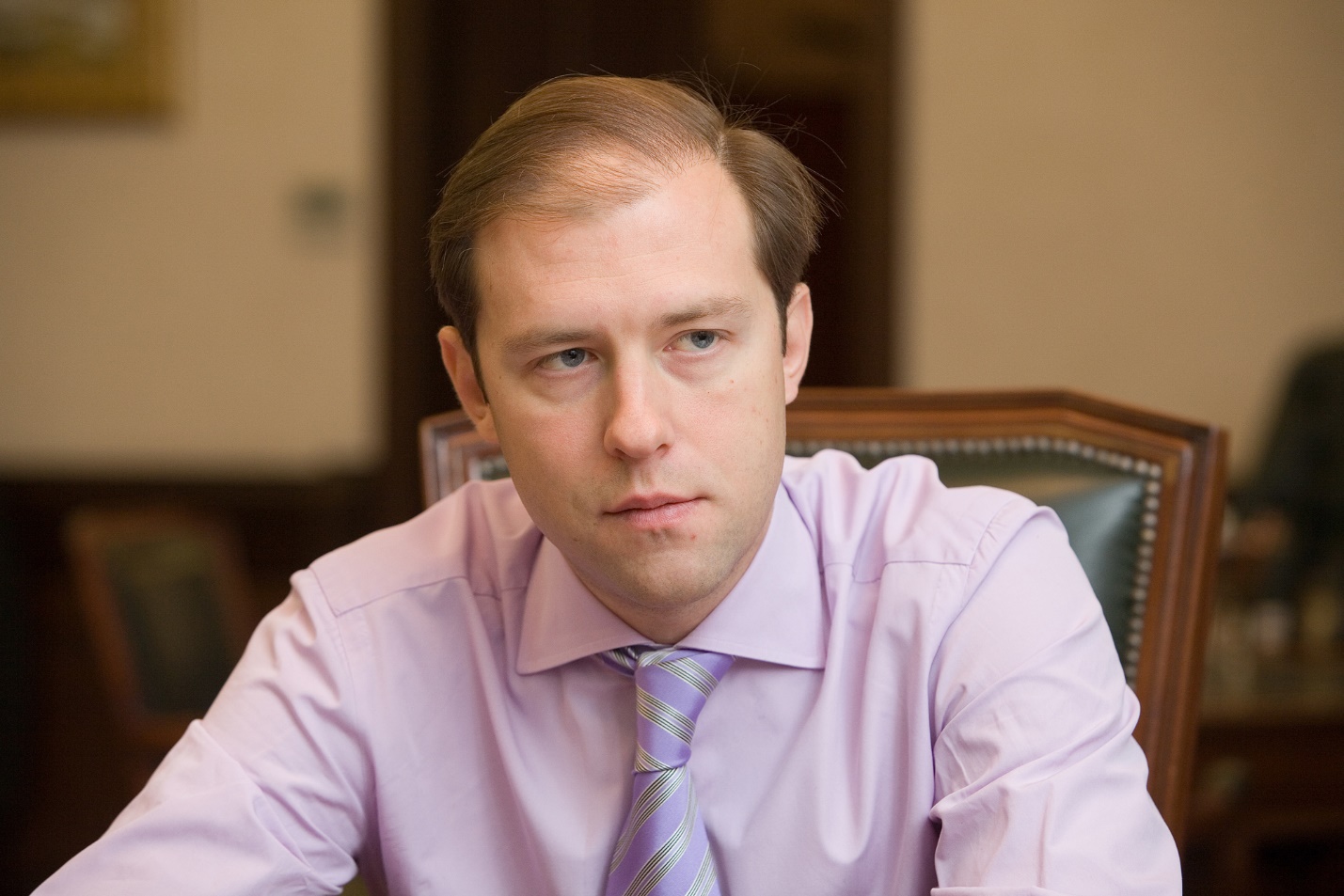 The Ministry of Industry and Trade was deeply involved in opaque stories with the 308 Aircraft Repair Plant (308 ARZ), which is located in Ivanovo. It is at this enterprise that aircraft of the An (Antey) family are being repaired. Today, such machines are no longer produced. The last board is more than 40 years old. An-22 was returned to life at 308 ARZ. 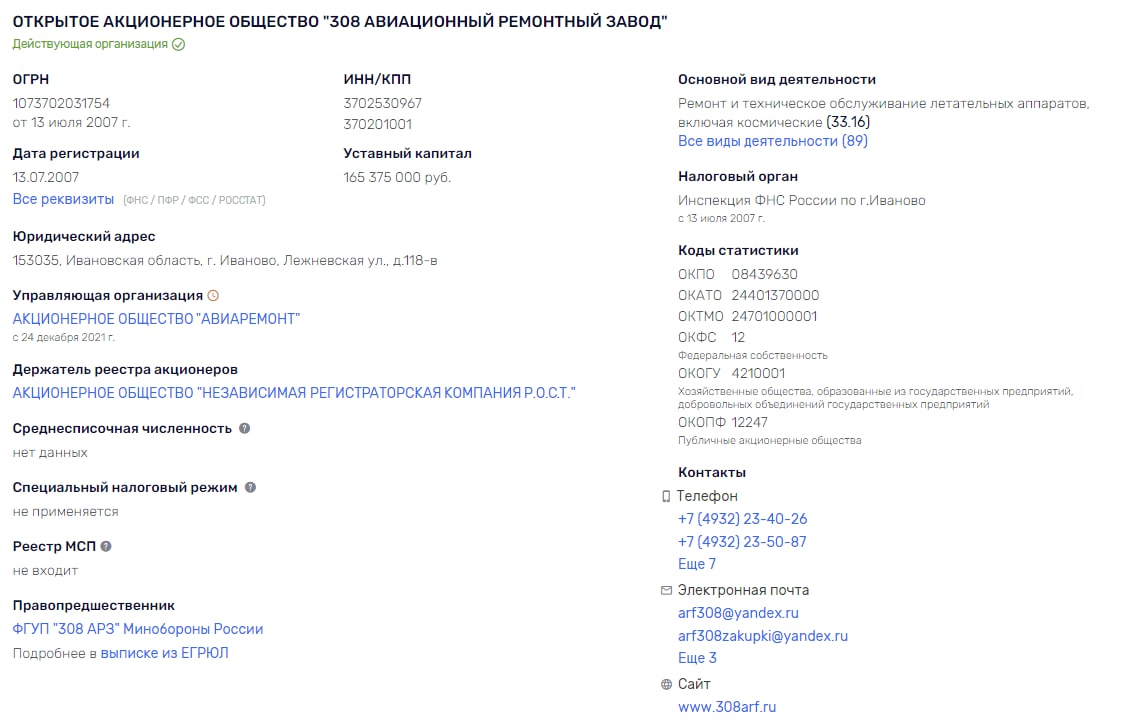 The 308th plant is the basic one for the repair of all modifications of aircraft developed by Antonov Design Bureau. The main customers are law enforcement agencies.

Vasily Klepalov worked very closely with the 308 Aviation Repair Plant. And he concluded state contracts with the plant.

The mysterious death of Klepalov

After The Moscow Post spoke about possible corruption schemes between 308 ARZs, the Ministry of Industry and Trade and the UAC in the investigation of underground aviators, Vasily Klepanov, a witness in the theft case, was found dead in the pre-trial detention center.

There are many oddities in Klepalov's death. By the way, the death of the owner of the Nizhny Novgorod Aviation Society is largely similar to the death of Vladimir Evdokimov, top manager of the Roscosmos Group of Companies. 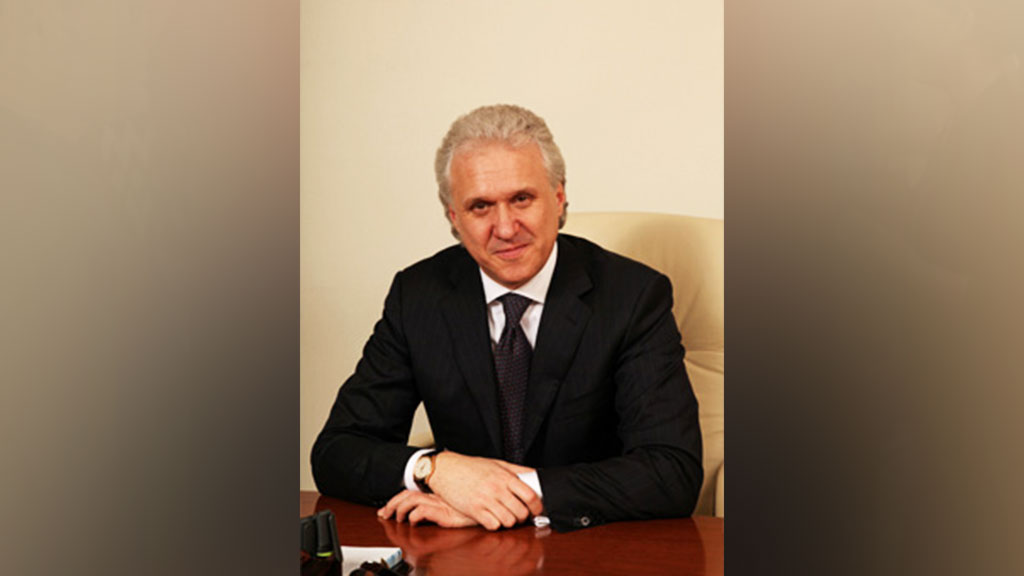 He was preparing to confess to major embezzlement at Roscosmos. Evdokimov was killed in March 2017 in the Vodnik pre-trial detention center, RBC wrote.

The strange death of Klepalov also echoes the death of Valery Pshenichny, who died in pre-trial detention center No. 4 in St. Petersburg in February 2018. This was also reported by RBC.

All these mysterious deaths are also united by the day of the week: in all three cases, there was a day off in the pre-trial detention center. But who could Klepalov interfere with?

In 2018, Klepalov decided to enter the foreign market. To do this, he held talks with the Turkish company Falcon Technology and International Trade on the sale of a batch of 2A model aircraft. And he concluded an agreement for 143 thousand dollars. 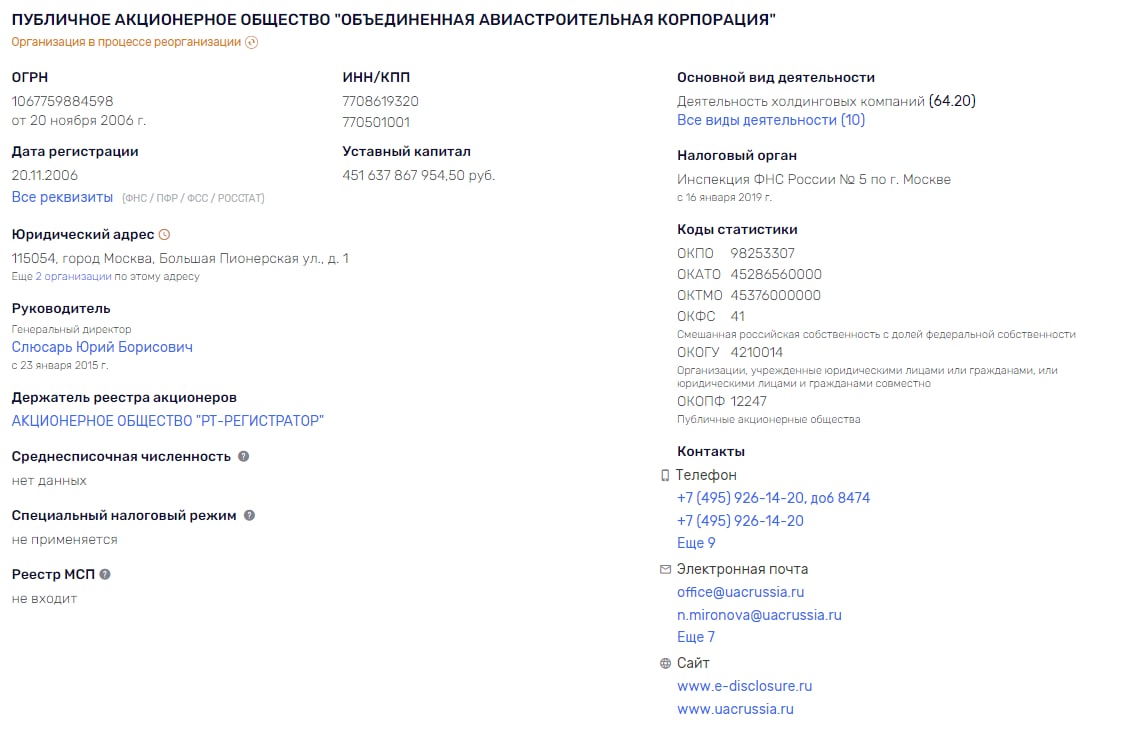 According to the law, Klepalov's enterprise had the right to independently sell military products only to the CIS countries. Therefore, to ensure the legality of the transaction, the partners decided to use the services of the mediator of the Spetstekhnika MN software from Azerbaijan. But in order to implement the contract in inter-plant cooperation, it was necessary to draw up documents in the Ministry of Industry and Trade.

As Garmash told the investigation, Klepalov knew that the official had "his own" person in the Ministry of Industry and Trade, so he turned to him for help. It was Garmash who brought Klepalov together with the head of the department of military-technical cooperation Gairbekov.

Another mediator Dmitry Terekhov also told the investigation about the transfer of money. He worked in the NAO office in Moscow and was responsible for interaction with the regime unit. Terekhov went to Klepalov's Moscow apartment on Klimashkin Street. And he took the package of money.

On May 27, 2018, Terekhov handed over this package to Sergei Garmash. On the same day, Terekhov phoned Gairbekov and arrived at the office of the Ministry of Industry and Trade in the Moscow City business center to receive a license.

While the investigation was underway, Garmash told the investigation about another bribe received by Gairbekov. According to Garmash, in December 2019, a representative of Rosoboronexport Vladislav Kuzmichev came to him. 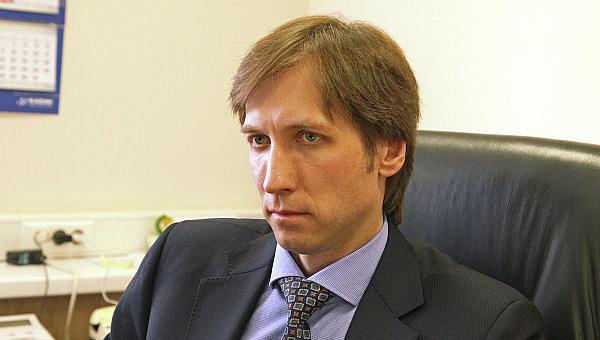 He asked to speed up through the Ministry of Industry and Trade the appointment of JSC NGO Spark as the executor of the foreign trade contract of Rosoboronexport with the Colombian Air Force for the repair of 3 Mi-17 helicopters and the supply of spare parts.

The decision was made quickly. And Kuzmichev brought an envelope with 300 thousand rubles. On the same day, he handed over the money to Gairbekov.

But Kuzmichev denied the accusations against him. He stated that he discussed the Colombian deal, since Spark is a committee of Rosoboronexport, but did not pay money for the promotion.

Gairbekov also pleaded not guilty. He claims that Garmash in parts returned to him 5 million rubles, which he borrowed for the purchase of an apartment. And allegedly Garmash, being under investigation, slandered the creditor.

Note that Vasily Klepalov at first refused to testify, but managed to tell the investigation that he was planning to supply aircraft in 2018 to Turkey. The Moscow Post sent documents that reveal corruption schemes between the 308 Aircraft Repair Plant with the Ministry of Industry and Trade and the United Aircraft Corporation. 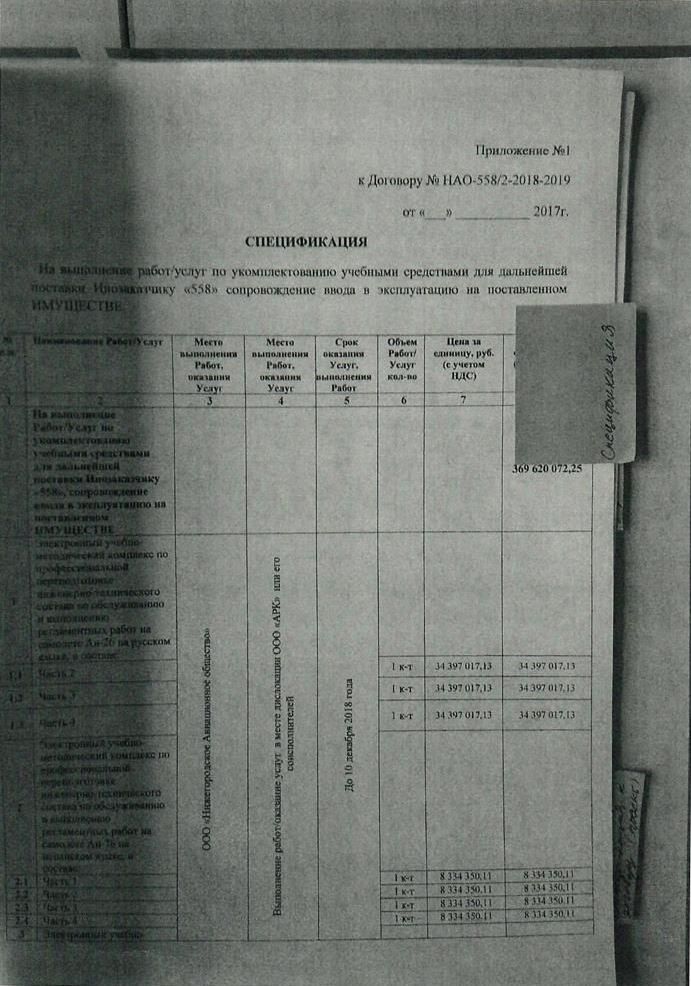 And, as it now turned out, the situation described by The Moscow Post was the tip of the iceberg: the Ministry of Industry and Trade, like the UAC, are not only involved in dubious cases with aviation equipment at the 308 Aircraft Repair Plant, but can also be participants in gray schemes.

These schemes may allow the diversion of budget billions on fake contracts to countries such as Laos, Myanmar, Côte d'Ivoire, as well as Kyrgyzstan and Tajikistan. But, it turns out, not all the defendants were tied?

Earlier, part of the assets of Aviaremont OJSC was claimed by Rostec. Minister Sergei Shoigu ordered to transfer 131 different enterprises to the UAC, Rostec Group of Companies, etc. Of the 9 subholdings that were controlled by Oboronservis, 4 were to remain. And after Rostec, Oboronservis's assets began to be received by the UAC.

So who is this mysterious general who staged such a "Napoleonic" operation, receiving 68 offices instead of 45? But the Rostec Group of Companies is headed by one general. And his surname is known throughout the country - this is Sergey Chemezov...

Photo on the main page: https://vademec.ru/