It seems that the authorities are dissatisfied with the reforms in the Rostec State Corporation by Sergey Chemezov - people are left without work, enterprises are closed, and money from state orders is disappearing somewhere under a number of criminal cases.

As the correspondent of The Moscow Post reports, in the highest echelons of power, dissatisfaction is growing with the process of combining the two main structures that are engaged in the development of fighters - the RAC MiG and the Sukhoi company. Both are part of the United Aircraft Corporation, which is supervised by the Rostec State Corporation  under the leadership of Sergey Chemezov.

The latter is considered one of the most scandalous state managers, and, according to rumours, has long wanted to "consolidate" the structures included in Rostec in order to strengthen control over the budget flows of strategic enterprises.

Integration is also taking place in other structures subordinated to Rostec. It is rumoured that the country's top leadership is unhappy that after this, hundreds of people are left without jobs, not to mention the huge disadvantages in financial indicators. Is it possible that money is being withdrawn from these enterprises?

The integration of Sukhoi and MiG into a single aviation division is being carried out as part of the reform of the UAC. The process is going hard, the stumbling block is largely the management. In February 2020, the general director of MIG, Ilya Tarasenko, was also appointed General Director of Sukhoi.

But in October 2020, he abruptly left the office, and the company was subordinated to the General Director of UAC, Yuri Slusar, which is considered a trusted person Chemezov and Minister of Industry and Trade Denis Manturov, with whose family Chemezov’s relatives have a large business.

Interestingly, the former general director Igor Ozar was almost squeezed out of the UAC "for Slyusar" - he led until 2018, when the UAC was transferred to Rostec, and could not be considered a sufficiently loyal person to Chemezov.

Returning to Tarasenko, rumours that he was "leaked" for lack of loyalty to Chemezov are also still circulating. In this light, Yuri Slyusar, whose name has repeatedly appeared in many scandals, looks even more odious figure. Previously, from 2012 to 2015, he was the deputy of Denis Manturov in the Ministry of Industry and Trade, and after joining the leadership of the UAC, something strange began to happen there. 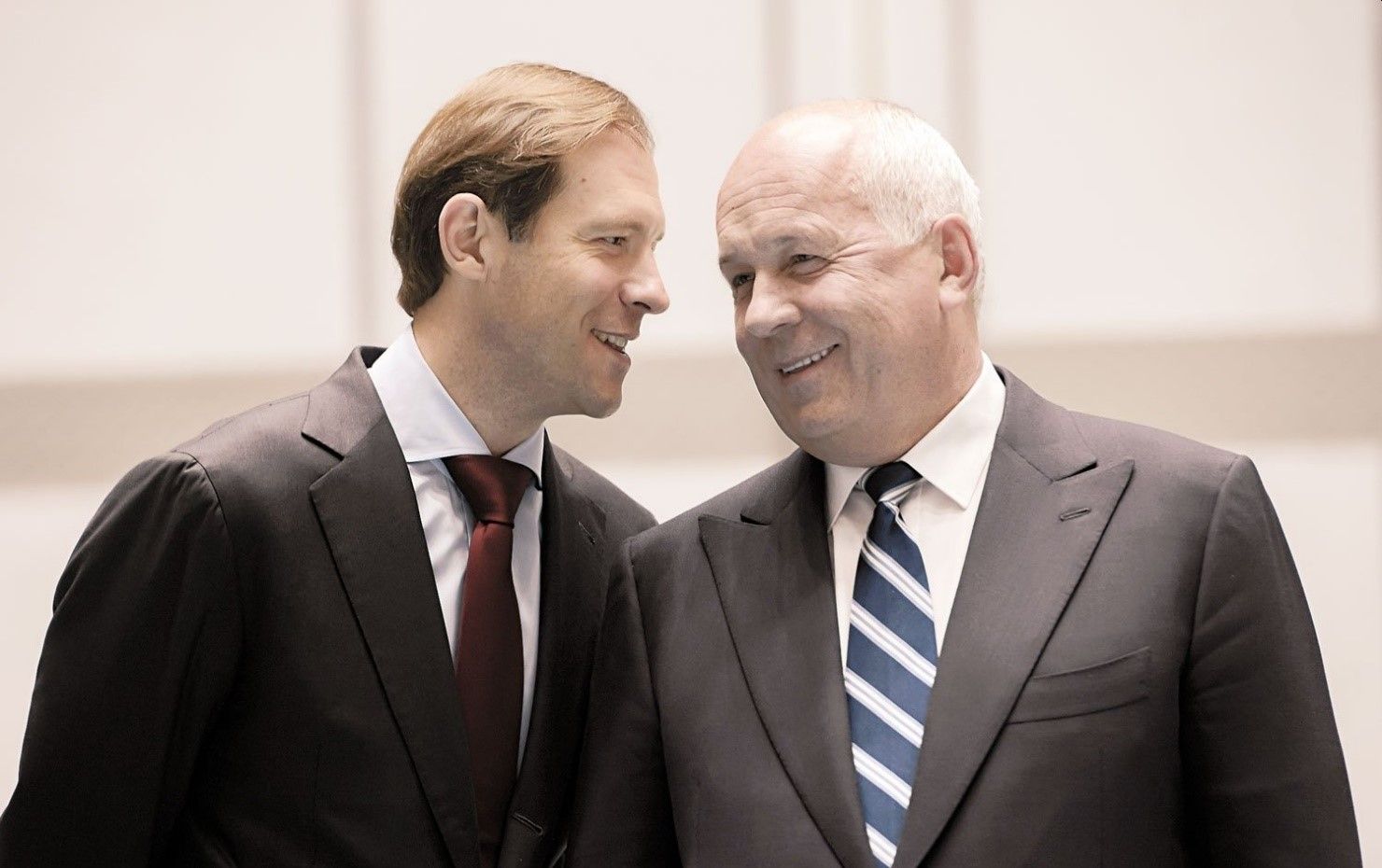 And this is for the corporation, which is a supplier for 76 billion rubles under state contracts! The amounts are simply incredible. Most likely, they "divide" there as nowhere else. The situation in both Sukhoi and MiG is very strange. For both, there is also no data for 2019, but the profit of Sukhoi with revenue of 115 billion rubles for 2018 amounted to only 4 billion rubles, and MiG, with both revenue and profit, turned out to have a minus value of assets - as much as 21 billion rubles!

What is happening there is not at all clear. According to rumours, money from the structures under the guise of unification can simply be withdrawn. If you look at the UAC, back in 2019, a major scandal broke out. Pavel Babayev, the general director of Stroy Group LLC, and his adviser Konstantin Loboda were detained and arrested. This was written by Kommersant.

They are charged with major fraud related to strategic industries of our country. According to the investigation, they stole about 3 billion rubles of budget funds and transferred them to the accounts of related persons through fictitious contracts. We are talking about 11 contracts under the state program. Most of them were tied to enterprises that were directly related to the UAC.

It is also very interesting that in 2011-2013, the already mentioned Yuri Slyusar was a member of the board of directors of the strategic enterprise Irkut Corporation, which produces helicopters. Babayev's company also had contracts with it. Maybe we should dig in that direction, too.

Another scandal, which allowed rumour-mongers to spread legends about a possible withdrawal of funds, is already directly related to MiG. In March 2020, Nizhny Novgorod-based OJSC Gidromash recovered about $800,000 from RAC MiG. And here it is important: previously, the nominal holder of the shares of Gidromash was listed as JSC National Commercial Bank, which is owned by a well-known banker Viktor Grigoriev. Now he is no longer on the list of shareholders, but the "exit" could only be made as a distraction.

It is Viktor Grigoriev who is called a possible "wallet" of Sergey Chemezov, through which the funds "saved" after the merger of the strategic enterprises under Rostec could pass. Moreover, this is not the only claim of Gidromash to the same MiG. There was a claim for almost 81 million rubles, although it was returned to the applicant - so that it was considered by the arbitration court of the Nizhny Novgorod region.

We can not forget about the "purchase of the century", when Grigoriev's structures bought a share of the Technodinamika holding company from Rostec for 14 billion rubles. As a result of a closed auction, "Dinamika" of Grigoriev received 75% minus one share of the main Russian manufacturer of equipment for aviation. 462 thousand ordinary registered shares of JSC Technodinamika with a nominal value of 1 thousand rubles each. Did Chemezov "share" with an old friend? And, maybe, at the same time with Manturov, because Technodinamika has 13 billion rubles of state contracts with the Ministry of Industry and Trade.

Chemezov's Rostec and Mr. Grigoriev, the owner of NK Bank, have more obvious connections. Together, they wanted to develop a regional Turboprop regional aircraft, which was estimated at $12-14 million. This assessment was given by the Ural Civil Aviation Plant (UZGA), which belongs to Rostec and... NK Bank of Mr. Grigoriev. 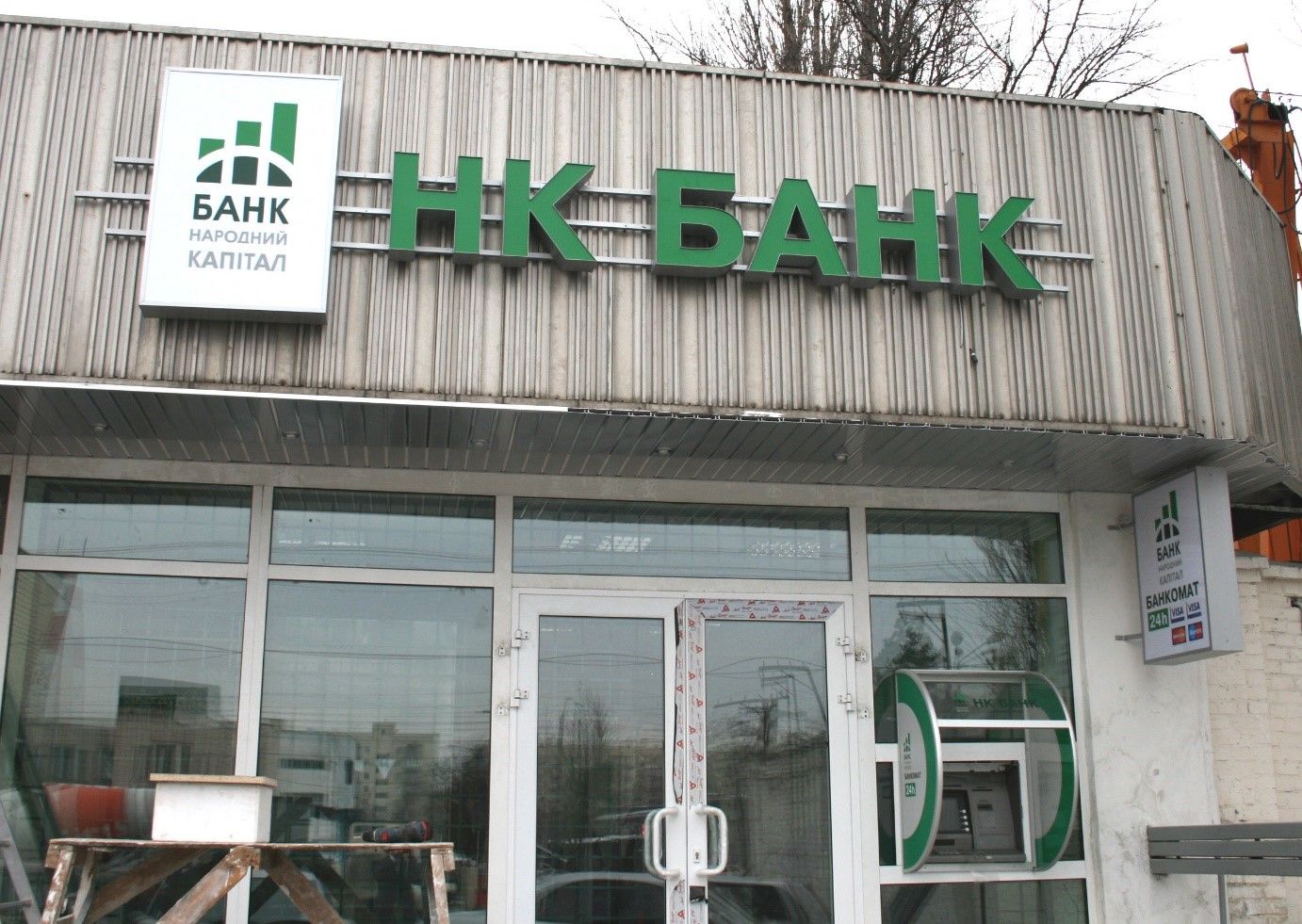 NK Bank of Grigoriev – "wallet",  into which public money can "leak"?

Grigoriev also has connections with the head of the Ministry of Industry and Trade Denis Manturov - he was previously his deputy in Oboronprom. It looks like the three of them have been working in the same team ever since. But is it in the public interest? There are doubts.

There are even more doubts about this, taking into account whom Chemezov put in charge of the Rostec aviation cluster, in which MiG and Sukhoi should take their places as a single structure. This is the scandalous ex-minister Anatoly Serdyukov.

At one time, his protégé Elena Vasilyeva was prosecuted, who turned out to be a defendant in a case of fraud in transactions with land, real estate and shares of Oboronservice, which at that time was under the jurisdiction of Minister Serdyukov.

In general, for 5 years of the work on criminal cases, where the department somehow figured, there were as many as 25, TASS wrote about this, although Serdyukov eventually did not have any complaints. And so, Chemezov "pulls" him to the UAC. Apparently, experience played a role?

People are "thrown out" outside

There were many other scandals, but for some reason they forget about ordinary hard workers, who, as a result of all these unifying twists and turns, remain out of work. Back in 2018, there were rumours that the super-profitable Uralvagonzavod, controlled by Rostec, planned to dismiss 15 thousand people. This was written by Ura.ru, but in the end the publication was removed by a court decision - apparently, it turned out to be a "fake".

However, according to the authors of the NewsLand, allegedly only in 2020, 758 people were dismissed from the Uralvagonzavod. It is not clear how they can feed their families now. As for, for example, MiG, they announced the upcoming cuts of 1 thousand people back in 2017, when the transfer to the UAC was in preparation. This was written by Kommersant.

But in the subsidiary of the Irkut corporation - Regional Aircraft (in the past - Sukhoi Civil Aircraft Company), mass dismissals of employees occurred already this year, Vedomosti wrote about this.

At least 500 people have been cut from Regional Aircraft, says one of the interlocutors. Back in 2019, the goal was to optimize the staff by about 900 people, another source adds, without specifying how much of this task was completed. In recent years, before the merger with Irkut, SCAC had 3 thousand employees, according to the company's reports. It turns out that from 15 to 30% of all employees fell under the reduction. 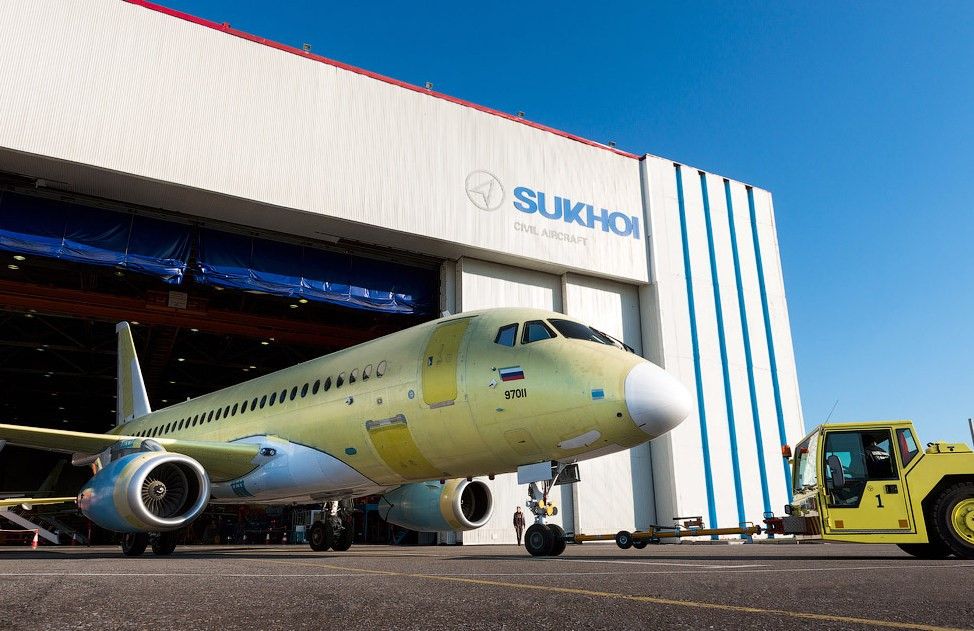 This year alone, 500 employees were put out of the door in the former Sukhoi Civil Aircraft Company.

It seems that Mr. Chemezov, Mr. Manturov, Mr. Slyusar, Mr. Grigoriev, Mr. Serdyukov, and others do not need extra people at all — do what you want. But they need extra money, and, most likely, not only for "wishlist" and "projects" like the MC-21 (a more successful option) or  Turboprop regional aircraft (based on the Czech one - a frank "mess" that has not yet appeared). The question arises - do we need these experienced officials in Russia?