Court and police "dynasty" of the Gudozhnikovs

An odious judge with an ambiguous past, whose father was forced to resign from the Ministry of Internal Affairs amid numerous corruption scandals, became the Deputy Chairman of the Tyumen Court.

As The Moscow Post correspondent reports, Dmitry Gudozhnikov has been appointed as new Deputy Chairman of the Tyumen Regional Court. He is well known by residents of not only the Tyumen region, but also Yugra, which is part of this Federal subject.

This odious judge, who is credited with a lot of commercially-motivated, is the son of no less odious former police chief of Yugra Nikolay Gudozhnikov, who was forced to resign from the authorities after a series of high-profile scandals.

It is rumored that Gudoshnikov Jr. made his entire career thanks to his father, who served in the Interior Ministry system of the country for many years. Dmitry Gudozhnikov also started his career in the structure of the Ministry of Internal Affairs, but here's the problem - according to rumors, he never joined the army.

How this could have happened is a mystery. The conversation about this was raised at the High Qualification Board of Judges of the Supreme Court of the Russian Federation, where Gudozhnikov's candidacy was considered for the post of Deputy Chairman of the Tyumen Court. He would not have been able to get such a post without a recommendation from the HQBJ.

According to the Legal.Report publication, the Board literally "stumbled" on the documents of the candidate. It turned out that in his youth, Gudozhnikov used deferral from military service, but after the end of military age he did not register in Penza, where he lived and worked.

Some might qualify this as evasion of military service. But Dmitry Gudozhnikov explained: allegedly, all cases of accounting were conducted by the personnel Department of the MIA, where he then worked. Allegedly, Gudozhnikov did not receive any notifications about the necessity to register.

First Deputy Chairman of the Supreme court Petr Serkov, suddenly sided with Gudozhnikov. As a result, Gudozhnikov received a recommendation. However, they say, that the telephone law played a role in this, and Dmitry Gudozhnikov still "skipped" the army. Allegedly, his father, already a prominent policeman, helped him. Supposedly he had given him a job in order to be closer to his son, so that the "familiar" personnel department would deal with his son's affairs.

When Nikolay Gudozhnikov was a high-ranking police chief in the Khanty-Mansi Autonomous District from 2005 to 2011, it should have been full of his relatives and friends. This is a kind of "family contract".

As the publication Ura.ru wrote, while his daughter Elena was an inspector of Finance and Economics Department MIA Administration for the Khanty-Mansi Autonomous District - Yugra  in the rank of senior Lieutenant, his nephew Anton Kamada was an investigator of Nefteyugansk Interdistrict investigation Department of IC of Russia in the Khanty-Mansiysk Autonomous district.

So Nikolay's son Dmitry quickly realized that with support from his father's side, he would have a successful career. Therefore, at first Dmitry worked as a Federal judge in Nefteyugansk, then moved to Surgut, and now he has become a Deputy Chairman of the Tyumen Regional Court.

However,  many people consider the decisions made by the courts under his command during this time, illegal. They say that many of them could be commercially motivated by those participants in the process who were able to find the right path to judge Gudozhnikov.

This situation could have been with one of his last cases, when judge Gudozhnikov considered an appeal against the decision of the Surgut city court in a dispute with a resident of Surgut Vyacheslav Samokhvalov and LLC Jaguar Land Rover, where the latter bought a car.

The engine of this car broke down right during warranty service. But the court did not heed the man's arguments, preferring to side with a rich and influential car dealer in the region with billion-dollar turnover. We will not describe the technical aspects of this case. Let's just say that the court's decision looked very, very strange and strained. YugraPro publication wrote about this.

Moreover, the publication notes that the text of the Appeal ruling, which should have been signed by Gudozhnikov, consisted grammatical and other mistakes. Especially when it came to technical details and terms.

It seems that the judge did not understand what happened, pushing the decision of the first instance. What is it - a negligent attitude to his duties, stamping already made and approved decisions, a mistake, or something else? 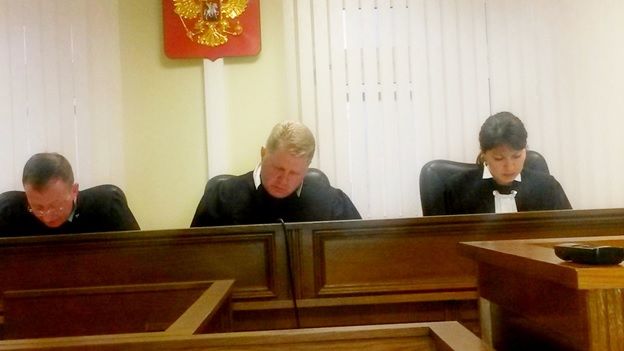 There were always enough questions towards judge Gudozhnikov

But this is only the "beginning" compared to some other "pearls" that came from the pen of Dmitry Gudozhnikov. For example, in 2011, judge Gudozhnikov tried to evict a single mother Tatyana Evsutina from her child. According to the Ura.ru publication, Gudozhnikov could provide assistance to her former husband, oil and gas businessman Nikolay Pukhlov.

It seems that this was not done quietly. There was such a scandal, that the then children's Ombudsman Pavel Astakhov had to intervene.

Pukhlov brought Yevsyutina from the Novosibirsk region to Nefteyugansk, where he settled her in his apartment. A year later, their son was born in a civil marriage. It was Pukhlov's third child from his third marriage. After some time, Pukhlov re-registered his share in the apartment for two older sons, one of whom filed a lawsuit to evict Evsutina and her child from the apartment.

It turned out that Pukhlov decided to part with the third family. Since 2009, all decisions of the Nefteyugansk Court on this issue were made in his favor. Gudozhnikov supposed that Evsutina and her son illegally occupied the dwelling.

The woman was actively supported by ordinary people in social networks. There was a resonance, rumors spread that Pukhlov is well acquainted with judge Dmitry Gudoshnikov, just as with his father, chief, head of the Department of Internal Affairs of the Khanty-Mansi Autonomous District Yugra Nikolay Gudozhnikov.

Then children's Ombudsman Pavel Astakhov said that it was necessary to be guided by the decision of the constitutional court of the Russian Federation, concerning unscrupulous parents. He clearly described Nikolay Pukhlov as an unscrupulous parent. Ura.ru wrote about this.

As a result, Tatyana managed to get the court decision in Nefteyugansk overturned, and to challenge in court the legality of her husband's gift of an apartment to two adult children, despite the presence of a little child. But this is only one of similar dubious cases that Dmitry Gudozhnikov could have had a hand in.

There is an opinion that he could act in this way precisely because of his father Nikolay, who should have had strong connections in the Prosecutor's office and other bodies. As already mentioned, he left the Internal Affairs bodies in 2011, after a series of high-profile corruption scandals.

As reported by Ura.ru, at first Gudozhnikov Sr. went on vacation and suddenly went to Moscow. According to rumors - to settle questions about several sensitive topics related to the YUGRA police and discussed in the media. He never came back from vacation. According to one version, the decline of Gudozhnikov's career was facilitated by the change of his superiors, who did not turn a blind eye to the high-profile cases related to him.

One of these topics is related to a former subordinate of Gudozhnikov Sr., ex-head of the Nefteyugansk police, Colonel Sergey Dubsky. In 2011, he was sentenced to one year of probation for allegedly driving foreign cars with police plates by his wife. And this is the use of a company car for personal purposes.

However, the ex-policeman claims that he was the victim of revenge from Nikolay Gudozhnikov for exposing a group of corrupt officials in the Ministry of Internal Affairs of the KhMAO, including his chief, major General Nikolay Gudozhnikov. Izvestiya wrote about this.

During the investigation, Dubsky sent a letter to then President Dmitry Medvedev and  Plenipotentiary Envoy to the Ural Federal District Nikolai Vinnichenko, in which he told about this. Dubsky claimed that scams with the purchase of computers, CCTV cameras and other equipment flourish in the Administration. In his opinion, the leadership of the Ministry of Internal Affairs of the KhMAO stole tens of millions of rubles.

In addition, he reported on bonuses of several million rubles, which the authorities allegedly wrote out to themselves, as well as apartments in new buildings, which were received by members of the General family (probably we are talking about Gudozhnikov — editorial note). However, no progress was made - so far, the veracity of Dubsky's statements has not been confirmed. 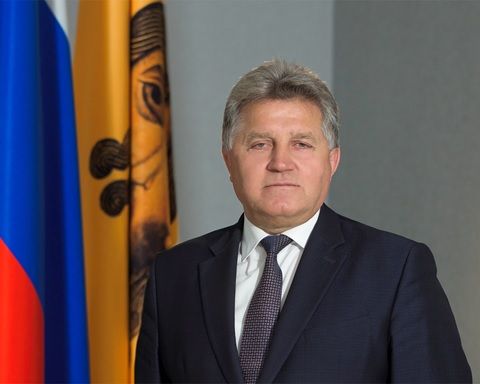 Nikolay Gudozhnikov resigned amid high-profile corruption scandals in his Department

However there were enough questions to Gudozhnikov and his subordinates even without Dubsky. As Ura.ru writes, at the time of Dmitry Gudozhnikov's father dismissal several related scandals were simultaneously covered in the media.

It has already been reported that many prominent positions were held by his relatives. In addition, detractors spread rumors about getting luxury housing by people close to him, in particular, Deputy Head of the Department of Internal Affairs Andrey Samokhvalov. Allegedly, out of turn, which was formed in the law enforcement structure.

In addition, according to rumors, investigators checked the activities of the same Samokhvalov and another loyal subordinate of Gudozhnikov, his Deputy Pavel Gavrilin, for the commission of certain crimes related to embezzlement of budget funds in the Kondinsky and Oktyabrsky districts. Allegedly, they could slow down the investigation in the interests of local officials on purpose.

The involvement of colonels in illegal oil and gas business in Nizhnevartovsky district was studied. This was also written by Ura.ru. If something like this could happen, it was certainly not without the knowledge of a higher authority represented by Gudozhnikov.

This could be the theft of raw oil and petroleum products from the TNK-BP, LUKOIL and Slavneft oil pipelines. It's too dreary and too dangerous not to have a roof at the top. But also extremely profitable.

Other subordinates of Gudozhnikov were also questionable. In early 2011, Yugra initiated a series of criminal cases against a group of policemen, including already mentioned Dubsky, his Deputy Sakhib Mamedov, ex-head of the Department of Internal Affairs of the Oktyabrsky district Andrey Kostanitsa. After the scandal, chief police officer of Surgut Yuri Rusakov resigned as well.

Now, the son of a man with such a past becomes the Deputy Chairman of the Tyumen regional court. Court in the region where the cases of oil and gas residents are considered for hundreds of millions or even billions of rubles. What decisions will he make taking into account the reputation that he received during his father's work in the police?

By the way, Gudozhnikov senior, apparently, no longer wants to be highlighted. Because after being dismissed, he worked for some time in the Government of the Penza region - engaged in appeals of citizens. Something like an "exile". Then he quit and disappeared. Apparently, he decided that the hands of his son behind his judicial back are much more safer.