Compradors - out: personnel changes are inevitable

Who is lobbying for Mishustin's "resignation"?

As the correspondent of The Moscow Post reports, heated battles unfolded in the political segment of Runet over how the Government of the Russian Federation, headed by Mikhail Mishustin, withstands the sanctions blow. A number of experts agree that the blow holds well, but Mishustin "technocrats" are clearly not designed to work in such conditions.

At the same time, in a number of popular telegram channels, a thesis was held (nevertheless, similar to an obvious stuffing) that the current Prime Minister Mikhail Mishustin could be replaced. But not on Sergei Sobyanin, whose political ambitions have long been known to everyone, but on the head of the Ministry of Agriculture Dmitry Patrushev.

However, even without targeted drains, there is a feeling that against the background of sanctions pressure, serious changes in the Government may take place. In this case, the new restrictions are only an information background. At the same time, Patrushev Sr. in terms of a likely candidate absolutely does not seem to be an illogical figure. 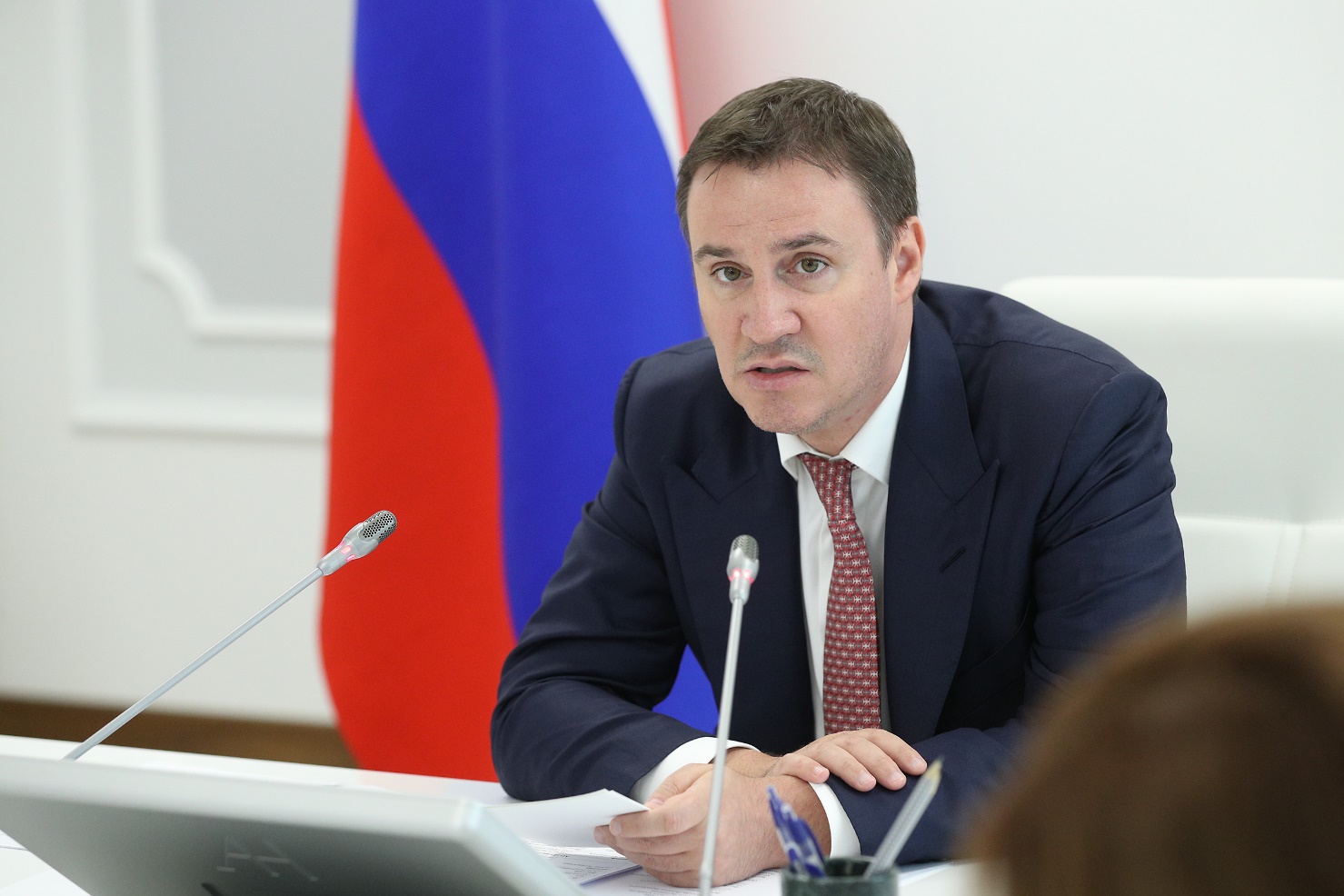 Firstly, he has long established himself as a professional and absolutely loyal manager. Secondly, he is from a galaxy of conditionally "new," "young" officials who do not have much negativity for past mistakes. Thirdly, of course, the role of his father, Secretary of the Security Council Nikolai Patrushev. Patrushev Jr. has influence, weight, and "exits" on the top officials of the country.

But it's not about personalities at all. Most likely, rumors about the changer-Patrushev are greatly exaggerated. But what is not exaggerated is the scale of structural changes in the economy and social life that are coming (and are already happening) in connection with the beginning of the SVO and the colossal external pressure on our country.

The government has shown flexibility in the new conditions. And, nevertheless, there are many inadequate personnel situations. At the same time, throughout the country there is a purification from the former Comparador business and political elite. Suffice it to recall how sharply the former deputy chairman of Sberbank Lev Khasis left the country, as well as some other prominent officials. For example, the same Anatoly Borisovich Chubais.

Experts say that in the managerial field, a sweep has begun from the clearly Comprador, conditionally liberal, "elements." And not only in the managerial - in power as a whole. But the sweep is not in the style of the 30s (God forbid), but purely by personnel methods: do you not support the President and Russia's policy 100%? Missing "Big Mac" and shopping in Paris? On the way out.

Roughly speaking, we are talking about the so-called. "Systemic liberals," who represent a significant part of the country's financial, industrial and intellectual elite.

The watershed, allowing us to think that the "ice has broken," was the sudden refusal of the long-term adviser to the Russian presidents, Valentin Yumashev, to continue working in this capacity. Yumashev is a representative of the so-called Yeltsin "family," he advised all presidents of the new Russia. And, as it is believed, he defended the interests of the very family that our expensive "Sislibs" allegedly focus on.

This outcome is unambiguously interpreted by political scientist Marat Bashirov in his telegram channel Politjoystik, comparing the dismissal of Yumashev with the departure of the prominent "Sislib" Anatoly Chubais: "I would say that Chubais was a manager, and Yumashev was a strategist and politician of the remnants of the Family. What does it mean? We will see an update along many personnel lines after the fall of the eastern group of the Armed Forces of Ukraine in Donbass. And if this requires the persecution of those who resist, then it will be. The scale of events is similar to those that took place in 2004 and later in relation to Yukos. "

From Turchak to Khabirov

But this is a marker of the last days. There were others - no less revealing. Among them, the conflict between the Secretary of the General Council of United Russia Andrei Turchak and State Duma Speaker Vyacheslav Volodin stands apart. It is significant that he flared up after Turchak's business trip to Donbass, where he visited Mariupol and other cities, expressed full support for the local residents freed from the Ukrainian Nazis.

Everyone saw the dive of Turchak and Volodin, and here the role of everyone's personal ambitions is great. In fact, in the party Volodin is a subordinate of Turchak. But in terms of power status - the chairman of the State Duma, he is clearly higher than Turchak, who in the upper chamber only replaces Valentina Matvienko. But Vice Speaker SovFeda's ambitions go further. And if Valentina Ivanovna takes the post, Turchak will probably try to lobby for Volodin's removal from the post of speaker - otherwise conflicts between the Lower and Upper Houses of Parliament are inevitable.

At the same time, this may not be necessary. In the Moscow corridors about this situation, there is only talk that Volodin allegedly swam behind the buoys. President Vladimir Putin appreciates the system of checks and balances, while Volodin, if not violated the balance of power by his "collision" with Turchak, shook. This threatens Volodin with personnel conclusions.

According to evil tongues, soon Radiy Khabirov can again be "returned" to the AP. At the same time, Khabirov is one of the most active governors of the country for interaction with the leadership of the Donetsk People's Republic. The network publication Ufa1 writes about this. In this regard, the potential personnel decision to move to this track will also not look sudden and illogical.

At the same time, there are rumors that Vyacheslav Volodin is not in the simplest relations with Khabirov - as if just from the time when both worked in the AP. In this sense, the opinion that Volodin can also be fused in the AP causes many curvatures. However, let's repeat - these are only points of view, personnel decisions are for the Head of State.

Heavyweights are playing their game

But there is another very interesting point - the unexpected activation of Prime Minister Mikhail Mishustin. A technocrat who prefers not to stick out his own role and significance has been making resonant statements in recent days that would be more suitable for the President's lips in terms of their social significance.

The day before, Mishustin signed a decree on the indexation of pensions and the minimum wage from June 1 by 10%. And he not only signed, but also loudly announced this in the media - and, again, before the President, who in the past announced such things himself.

He, Mishustin, recently announced the return of 85% of IT specialists who left abroad. According to the prime minister, this was tracked by information about SIM cards. Mishustin noted that in order to retain specialists in this area, the authorities promptly made fundamental decisions on support. That is, he kind of praised himself and his colleagues for their work. Apparently deservedly, but again - the Prime Minister has not "stuck himself out" so much before. 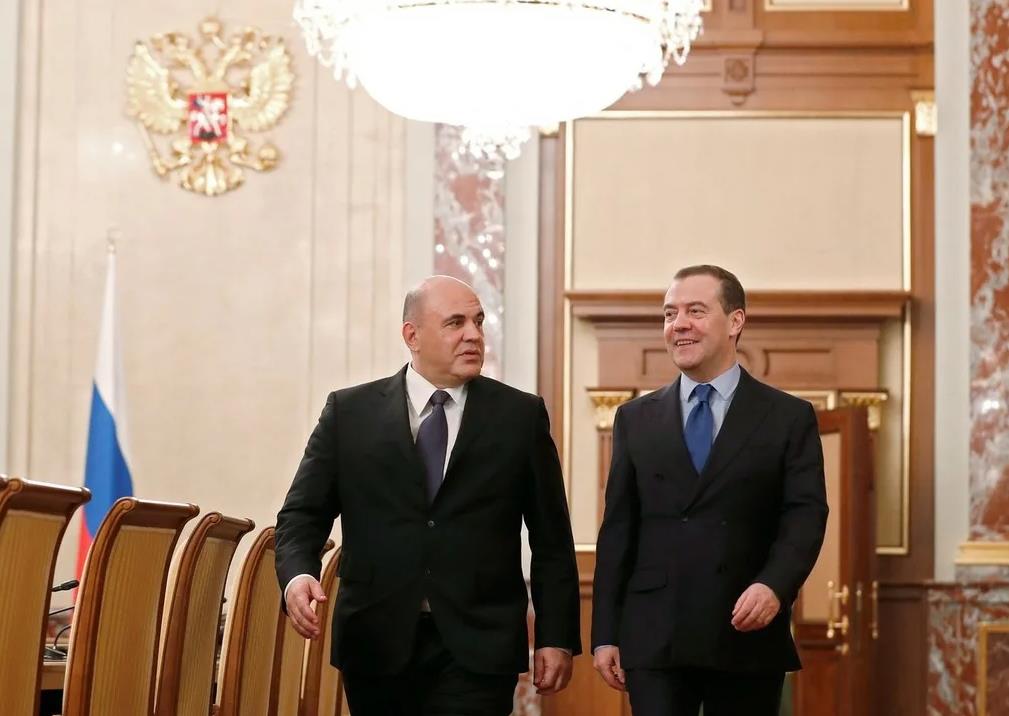 Another marker of possible changes and the struggle of bulldogs under the carpet were the statements of the Deputy Secretary of the Security Council Dmitry Medvedev in the Telegram. Moreover, sustained in a very, very tough manner - however, over the past year and a half from Dmitry Anatolyevich, we have become accustomed to this. But now Medvedev makes statements almost every day. And at the Victory Parade on May 9 in the stands, he was seen in an extremely interesting company - next to Patriarch Kirill and... Sergey Sobyanin.

This can be interpreted in different ways, but only the political scientists interviewed by us agree on one thing: the power structure in the Russian Federation after the start of the SVO is outdated, needs changes. And many are ready for these changes, the Sobyanin team, the Mishustin team, and the functionaries of the top leadership of the ruling party will probably look for their benefits in possible personnel changes.

The question is what specific personnel decisions will be made, and how they will affect the development of the country. And this question is completely non-trivial. But there is no doubt that changes are coming.

Picture on the main page: press service of the Government of the Russian Federation