The Investigative Committee checks Sibpromstroy. And here the governor of Ugra?

The editorial board of The Moscow Post continues to receive interesting documents about the actions of the governor of the Khanty-Mansiysk district - Ugra Natalya Komarova, which some detractors define as illegal.

The Investigative Committee of Russia, meanwhile, is investigating the case against the notorious Sibpromstroy-Ugoria company, whose gentle custody for several years in a row - facts say - is carried out by the governor of the Khanty-Mansi Autonomous Okrug-Ugra Natalya Komarova. As a result, Sibpromstroy receives not only the most "exquisite" plots, but also, as it turns out, millions of subsidies approved by Ms. Komarova.

The source of The Moscow Post in the Government of Ugra reports that new facts about the dubious actions of the current head of Sibpromstroy-Yugoria have been added to the troubles that have literally poured on Komarova's head (and her name has been repeatedly tipped in references to gross violations in the construction company Sibpromstroy-Ugoria) All the "dark" cases in the region related to the activities of both Storozhuk and Surlevich allegedly occur with the acquiescence of Governor Natalya Komarova, although Ms. Komarova herself denies this. But you can't hide the sewing in the bag.

From the fresh mail that came from Khanty-Mansiysk, it became known that the Sibpromstroy company also received subsidies with the consent of Natalya Komarova for engineering communications in the Dorozhny district in the city of Surgut. The relevant documents are available to the editors. Looking ahead, we will say that even receiving millions of subsidies did not encourage Sibpromstroy to do the job as it should. And, as a result, the case ended in a lawsuit.

The correspondent of The Moscow Post understood the "porridge" that Governor Natalya Komarova so coolly welded.

Recall that the Sibpromstroy company appeared on the construction market of Khanty-Mansi Autonomous Okrug together with Natalya Komarova in 2010. Over the years, the company has built a large number of facilities, the integrity of the construction of which is doubtful for some citizens.

And today, investigators are thoroughly understanding exactly what fraudulent actions Sibpromstroy may be involved in, which at one time was led by the notorious businessman Nikolai Storozhuk. Mr. Storozhuk, it turns out, was preparing a "worthy" shift for himself: Andrei Surlevich moved to the company from the Surgut administration.

Sibpromstroy has been building not only residential areas in the Khanty-Mansi Autonomous Okrug for many years, but also social facilities. And, as it turned out, he builds in a curious way: Sibpromstroy receives state land under a lease agreement with a minimum fee. Builds a residential neighborhood and kindergarten. But kindergarten should go as a load, that is, for free. Sibpromstroy sells apartments to the state under a resettlement program. And the kindergarten passes under another program, receiving huge money - 550 million rubles, as it was in the last case.

Thus, the "navar" turns out to be huge: the amounts have already reached more than 10 billion rubles. But the investigation is still at the very beginning!

But even after such "exploits," a construction company with a strange reputation not only remains on the market, but also receives subsidies approved by the governor of Ugra! 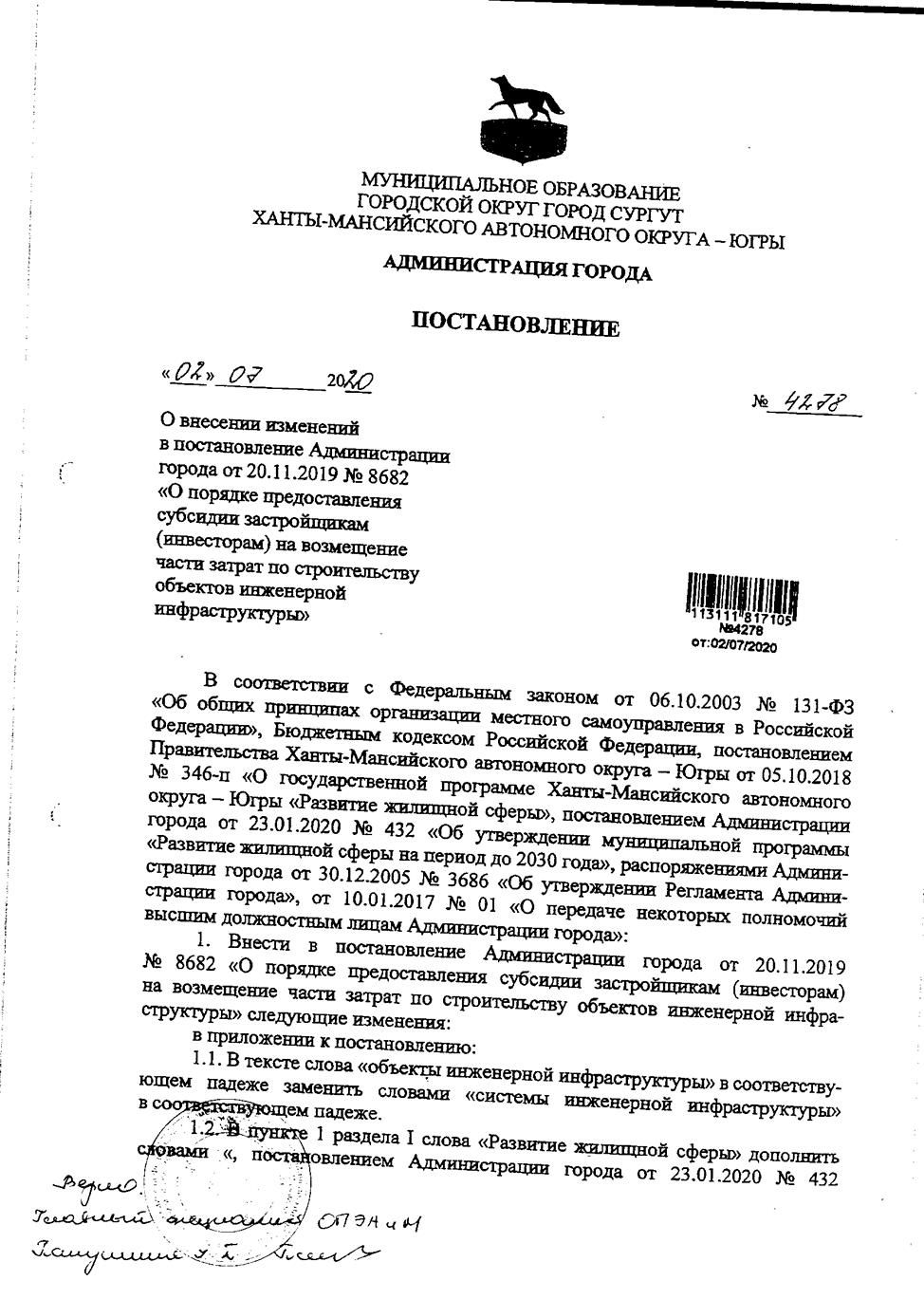 Is there a lot of violations?

The governor of Ugra, apparently understanding all the consequences of leaving the market of a key player, has already met with representatives of the antimonopoly service. True, Ms. Komarova noted... doubtfulness of the position of OFAS. But the FAS makes a verdict: there are serious violations in construction. The antimonopoly service became interested in the mechanism for buying out finished buildings from construction companies: according to this scheme, over the past 10 years, a larger number of social facilities have been erected.

The practice of buying out ready-made schools and gardens built at the expense of private investors is now in question also because of the claims of the FAS. 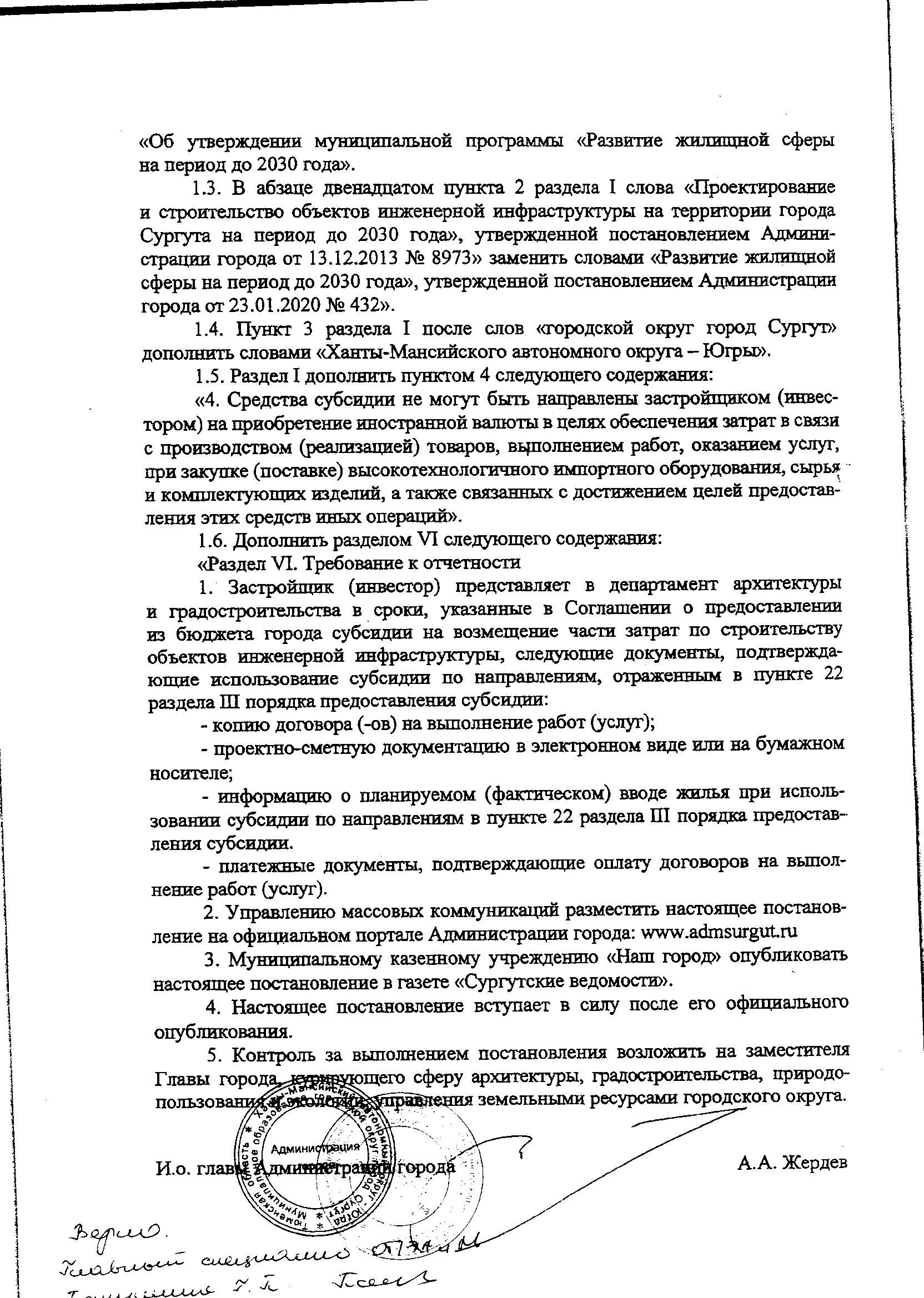 Natalya Komarova makes a good mine with a bad game: "We have been using this mechanism since 2011. And they built more than 160 kindergartens. Under the municipal contract, we would never have built such a number of facilities. In fact, the position of the FAS questions the legitimacy of programs for the construction of social facilities not only in Surgut, but also throughout Ugra. A region that has thoroughly worked out modern mechanisms, whether it be direct investment, the purchase of finished facilities, concession or public-private partnership, actions of this kind will throw us back... "

But why does Governor Komarova so fiercely note all the claims? Apparently, he believes that the tornado will pass by?

Natalya Komarova is convulsively looking for a way out of the situation. But here, not at all by the time, the details of the activities of the former high-ranking official Surlevich from the Surgut administration pop up...

The Moscow Post told about this in the journalistic investigation "The move of a horse under the saddle of Natalia Komarova."

One way or another, Sibpromstroy-Ugoria LLC thoroughly substituted the governor of Ugra. The chair near Komarova ended so strongly that they heard this rope in the capital: after all, the governor of Ugra disputes the conclusions of the FAS. And in fact "covers" Storozhuk and Surlevich for more than 10 years.

This is what law enforcement agencies find out.

But it is said that Mr. Surlevich is sleeping very calmly: Sibpromstroy-Ugoria announced that it had begun building a "new Surgut" And soon a new residential area "Maryina Gora" will appear in Surgut. In the residential complex "Maryina Gora" should be located a medical unit, 26 apartment buildings, two schools and 4 kindergartens. Sibpromstroy-Ugoria LLC intends to complete the construction of a new microdistrict by 2025.

And it also turned out that after its many scandals, Sibpromstroy received millions of subsidies for the construction of engineering communications in Surgut.

It turns out, as it is clear from the documents sent to The Moscow Post, the decision to select investment projects to provide subsidies to developers to reimburse part of the costs of building engineering infrastructure was made in August last year, 2020. This decision was made by a commission of 8 people. 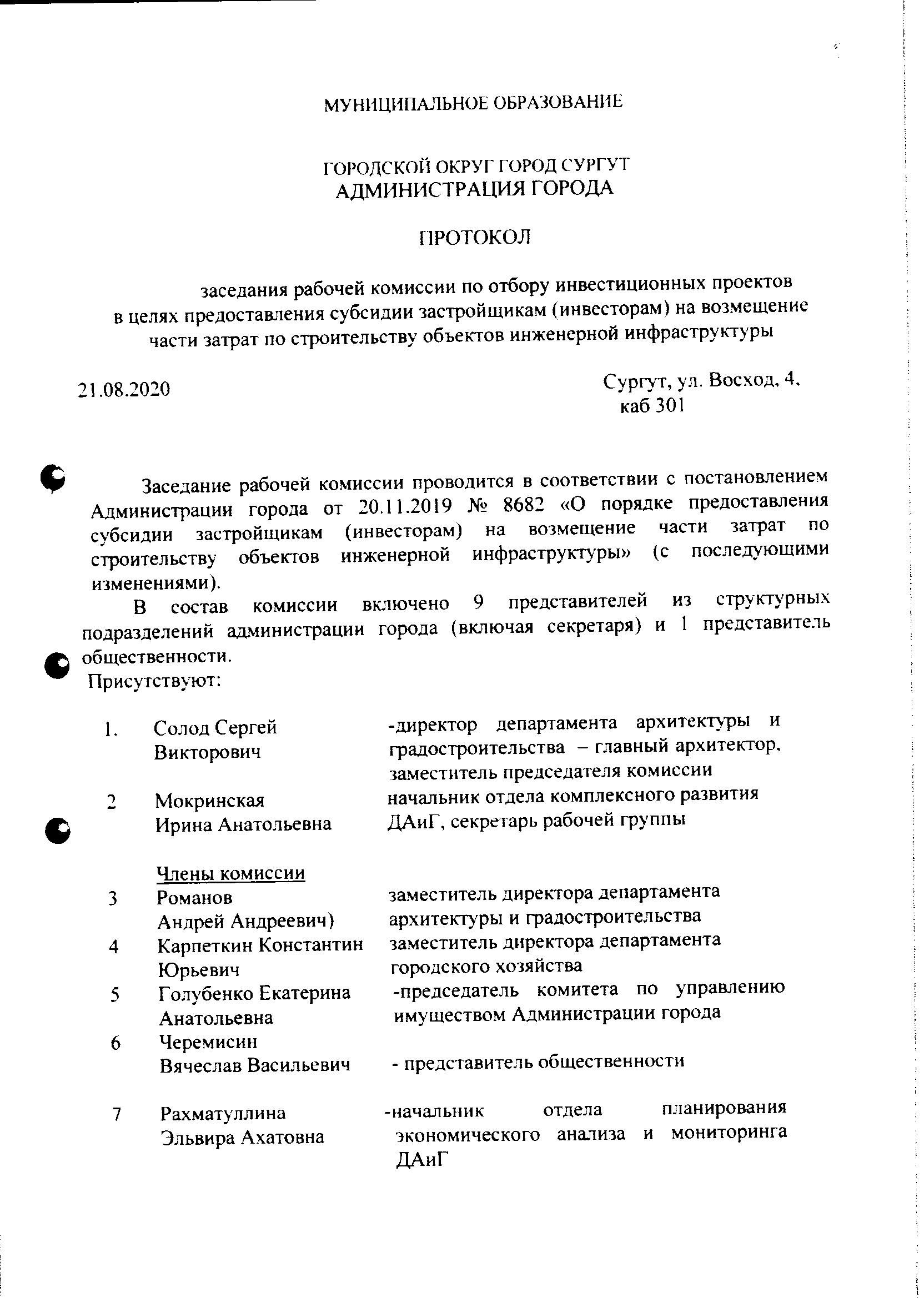 And, as it turned out, in 2020 the subsidies provided amounted to a giant figure - 40,437,164,00 rubles. And in the first place in issuing subsidies was, apparently, the most "worthy" company - namely Sibpromstroy-Ugoria LLC.

The company, according to documents, received subsidies for the construction of engineering communications in the Dorozhny district in the city of Surgut. 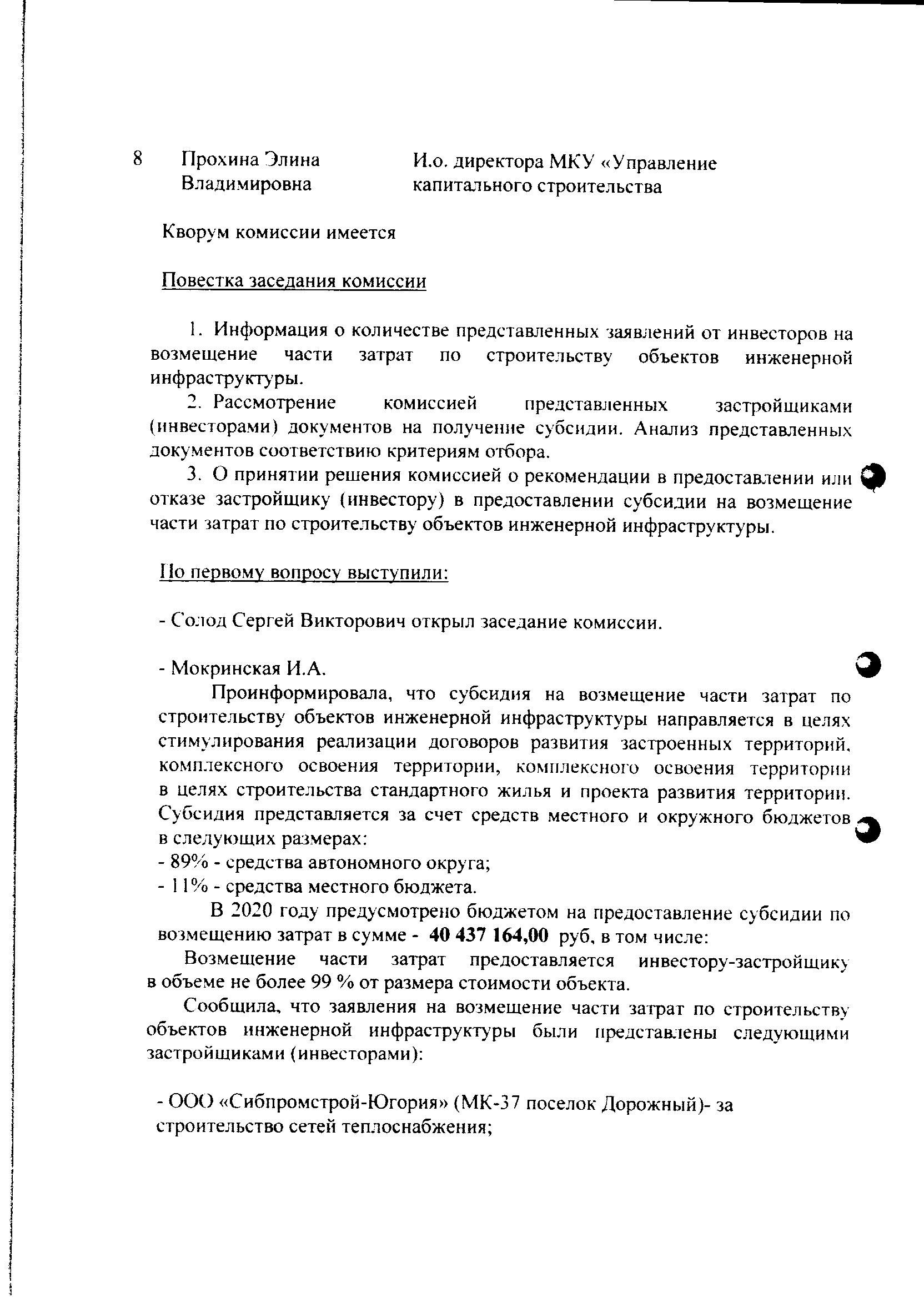 And, as these documents say, Sibpromstroy-Ugoria fully complied with the stated requirements. 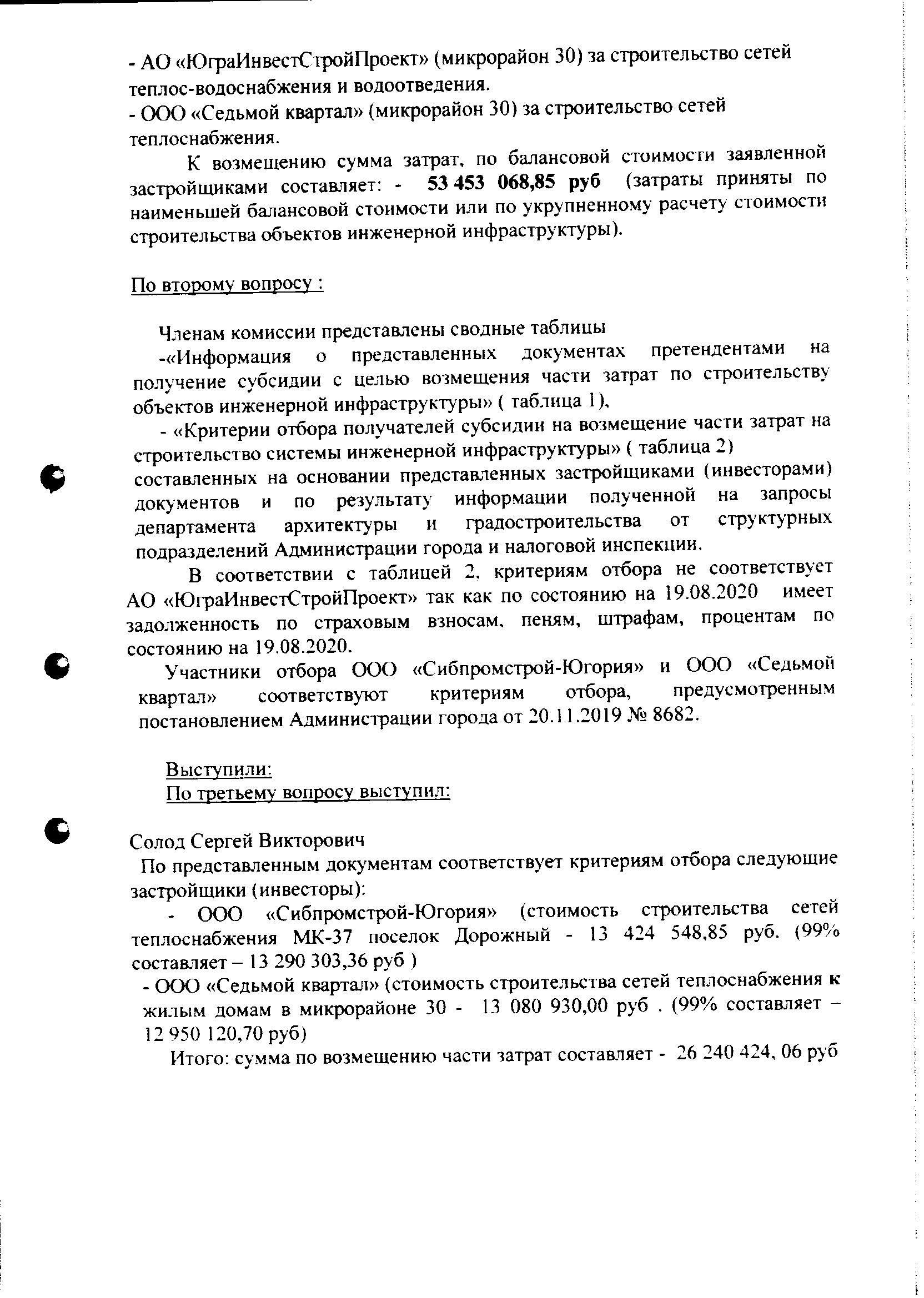 And therefore, the high commission, on the basis of the vote, recommended providing a subsidy to reimburse part of the costs for the construction of engineering infrastructure facilities of Sibpromstroy-Ugoria LLC... 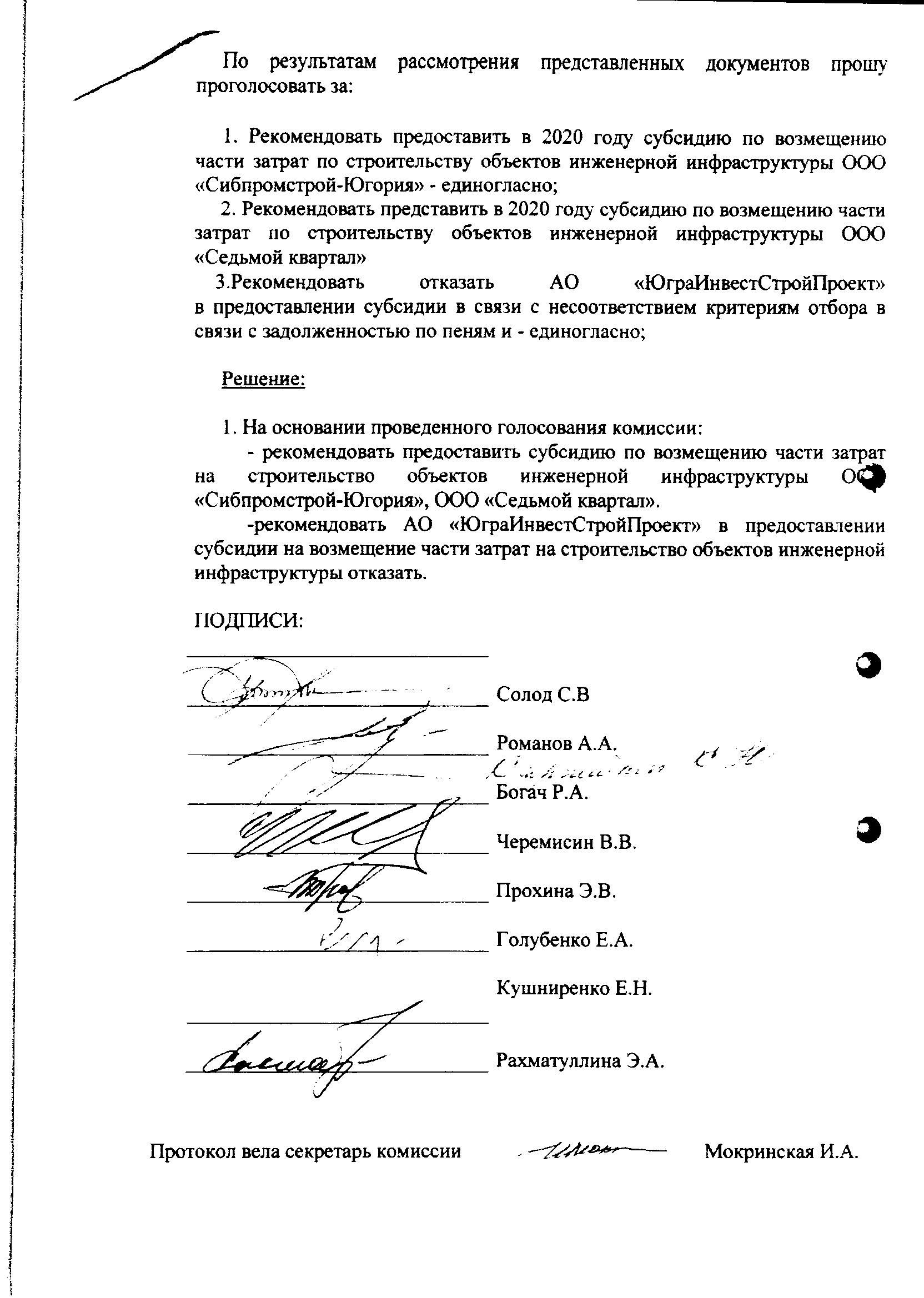 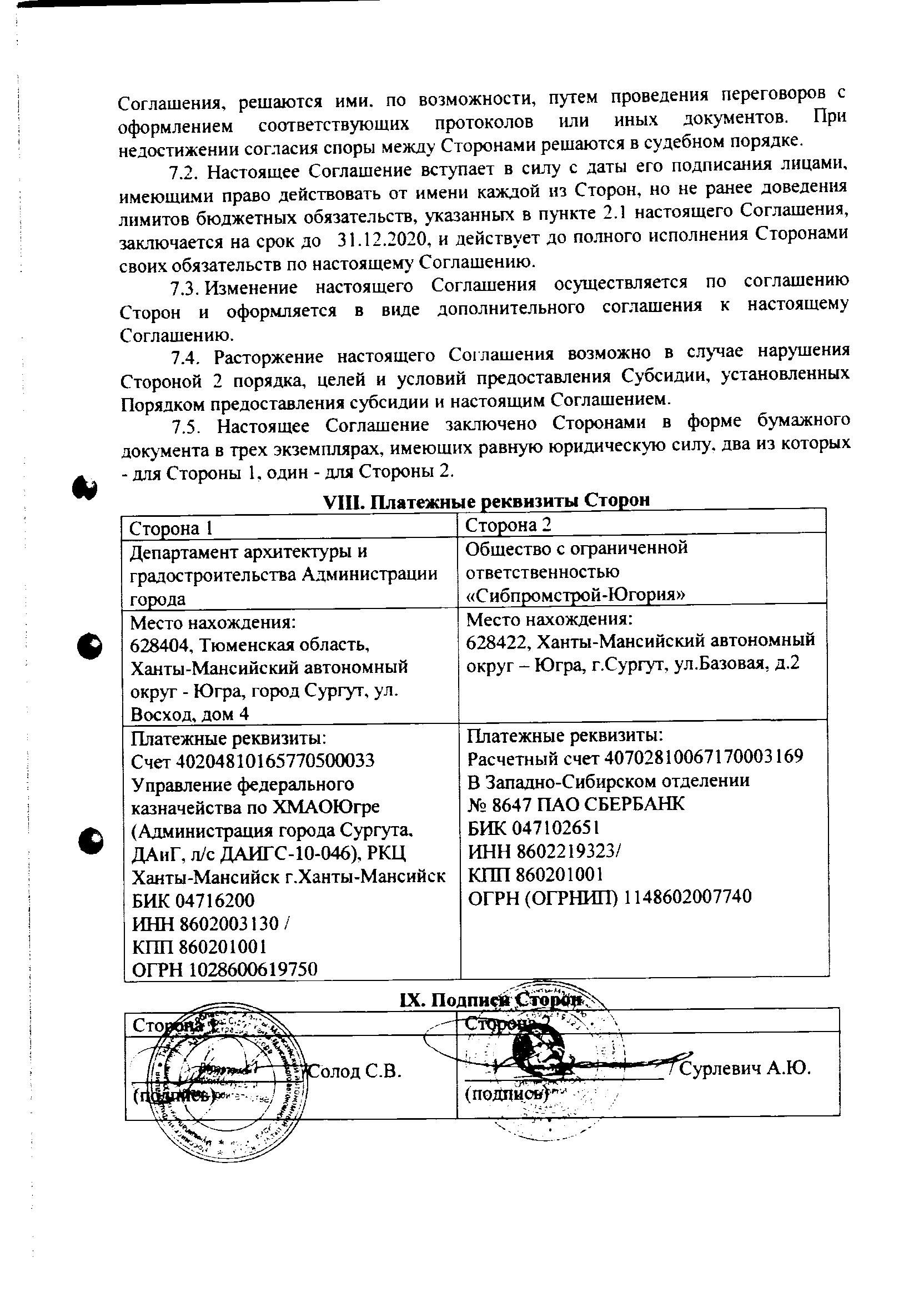 But let's leave the topic of subsidies for a while. And recall the scandals in which the Sibprosmstroy company loudly participated.

And they last for more than one year. In early 2013, after sharply criticizing Natalya Komarova (the governor did not always stroke them on the head, he goes out), Mr. Storozhuk suddenly retired, since the governor of Ugra criticized the housing prices in Surgut, which was built by Sibpromstroy. 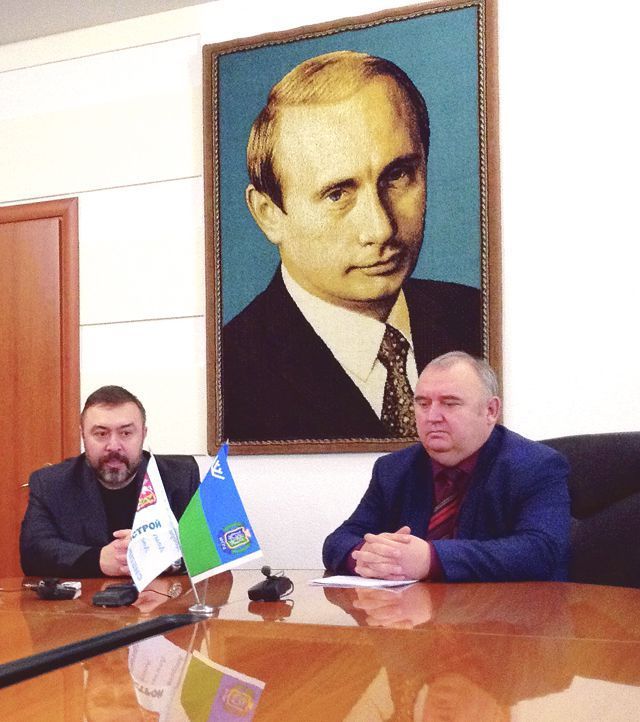 According to Natalia Komarova, housing prices in Surgut were very high. This caused the OFAS to initiate a case against the company under the article "On Protection of Competition."

But Storozhuk then complained to Natalya Komarova about vice-governor Alexander Ivanov. Mr. Ivanov oversaw the building block. Allegedly, Ivanov interfered with the commissioning of housing. Ivanov immediately wrote a letter of resignation.

After 5 months, the company received another comment from antitrust investors: Sibpromstroy then announced a reduction in the rate of housing commissioning.

According to Mr. Storozhuk, this was due to fines from OFAS, which accused Sibpromstroy of monopolizing housing prices. And allegedly the fines turned out to be so huge that they put at risk the completion of the construction of houses in the 38 microdistrict of Surgut.

But then the thunderstorm clouds also for some reason passed by the side.

"Scams" with apartments and repairs

Another scandal happened in 2017, when Sibpromstroy-Ugoria LLC was accused of fraud with apartments.

When signing the agreement, Sibpromstroy-Ugoria offered the service "social repair" in order to carry out finishing work in the apartment. Repairs for 180 thousand rubles were entered into a mortgage agreement. But the main condition was the choice of a contractor. It could only be a certain Optimum-R LLC.

But only the repair in the apartment did not begin. At first there were excuses. Then they cheekily stated that repair, as well as money - do not wait!

Igor Litvinov sued. And he won. The court ordered Optimum-R to pay more than 500 thousand rubles. According to Litvinov, the Optimum-R office is affiliated with the Sibpromstroy-Ugoria company: they have one legal address in Surgut (6 Basic St.).

Sibpromstroy-Ugoria LLC blamed the authorities of Surgut for the failure of the campaign plan for the construction of housing. 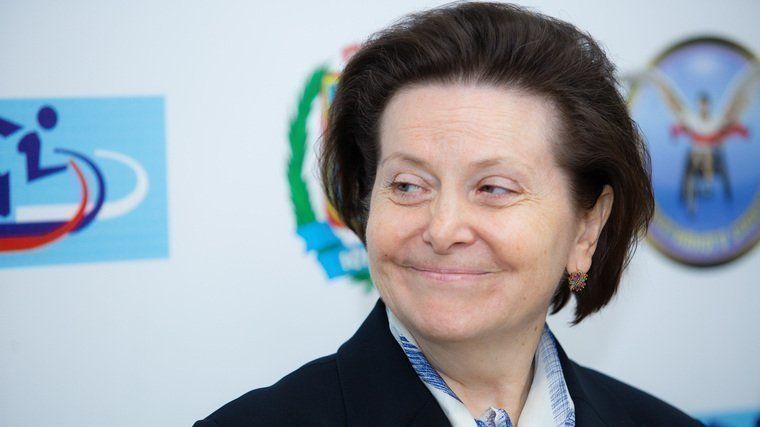 Storozhuk himself accused officials of not wanting to work. Officials had to organize work on summing up engineering communications. The company asked for permission to cut down trees for the construction of sewers. But the solution to the issue was delayed.

But market experts make huge claims to the quality of houses built by Sibpromstroy-Ugoria. They indicate that the panel construction technology used by Storozhuk-Surlevich is significantly outdated.

It turns out that the scandals that thundered in 2013, 2017 and 2019 passed the Ugra administration? But it was impossible not to notice them!

It turns out that the governor Komarova quite consciously covered the unsuitable builders? 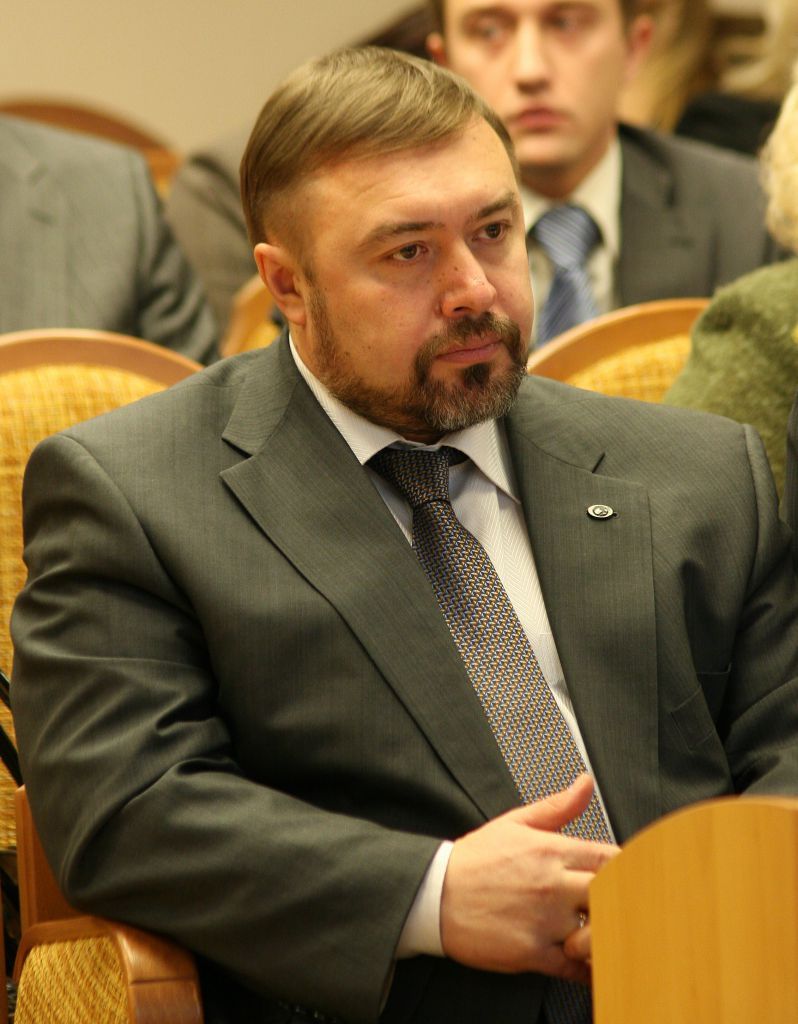 Recall also that Andrei Surlevich for all these years of work in the Ugra construction complex - first in the state, then in the private distinguished himself with many of his affairs. It was under Surlevich, an official in Surgut that curious things were completed. In addition to the construction projects, which suddenly faded, as money evaporated somewhere, Mr. Surlevich energetically worked at auctions, moreover, he headed the auctions for the distribution of lots.

The editorial board of The Moscow Post has already sent documents on how these lots were distributed. The winners were constantly Sibpromstroy.

Is it necessary to explain that, working as a high-ranking official in the Surgut administration, Mr. Surlevich could quite purposefully organize the winner at numerous auctions? And the members of the commission, headed by Andrei Surlevich, obediently signed everything?

The issue of subsidies, opened in August last year, 2020, closed unexpectedly in April of this year, 2021, when a lawsuit was filed in the Khanty-Mansi Arbitration Court by the Surgut Administration against Sibpromstroy-Ugoria LLC to terminate the agreement on issuing the subsidy and recover the amount of the subsidy paid.

So, "the old woman" in high-voltage wires was not tormented for long"? 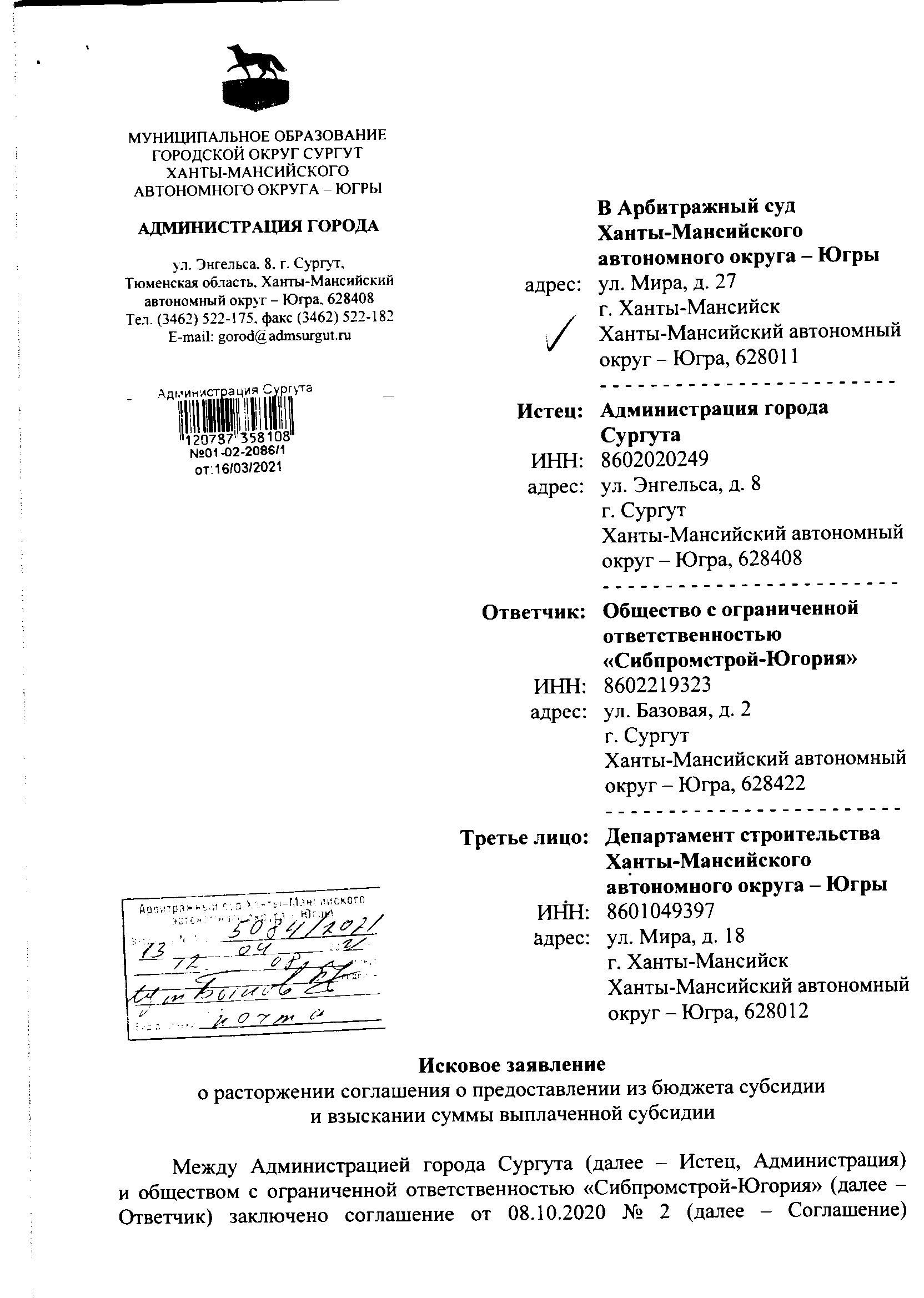 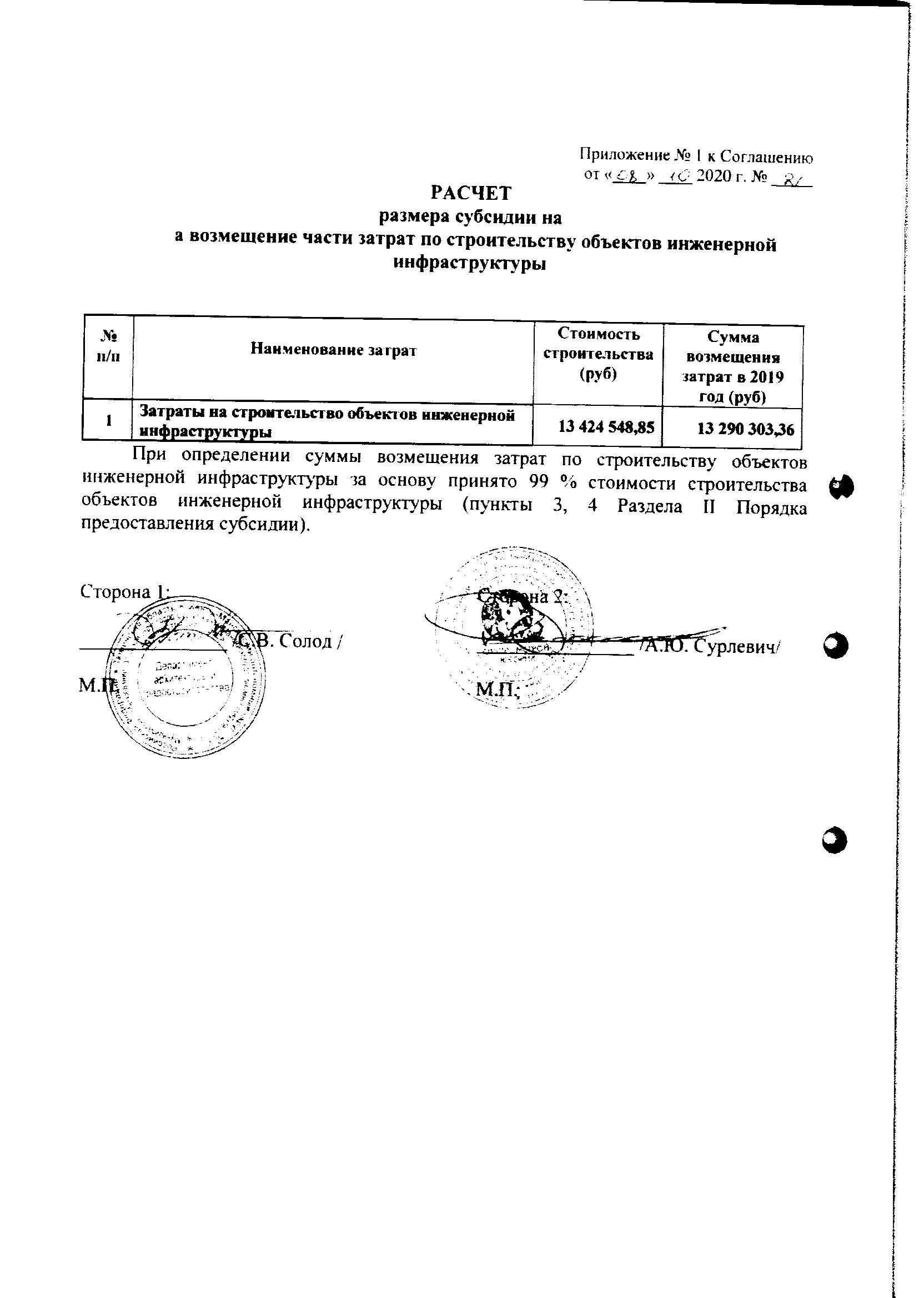 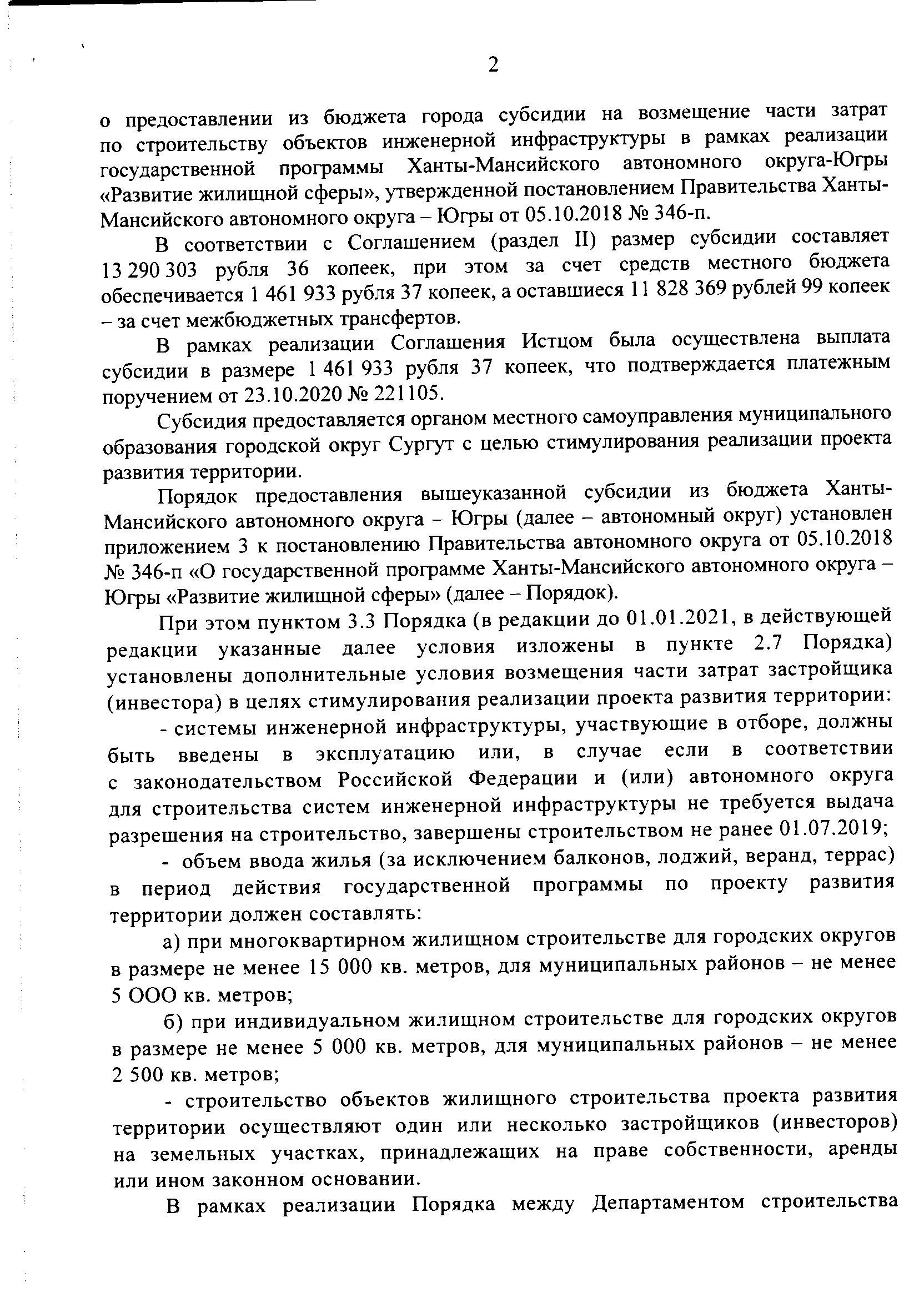 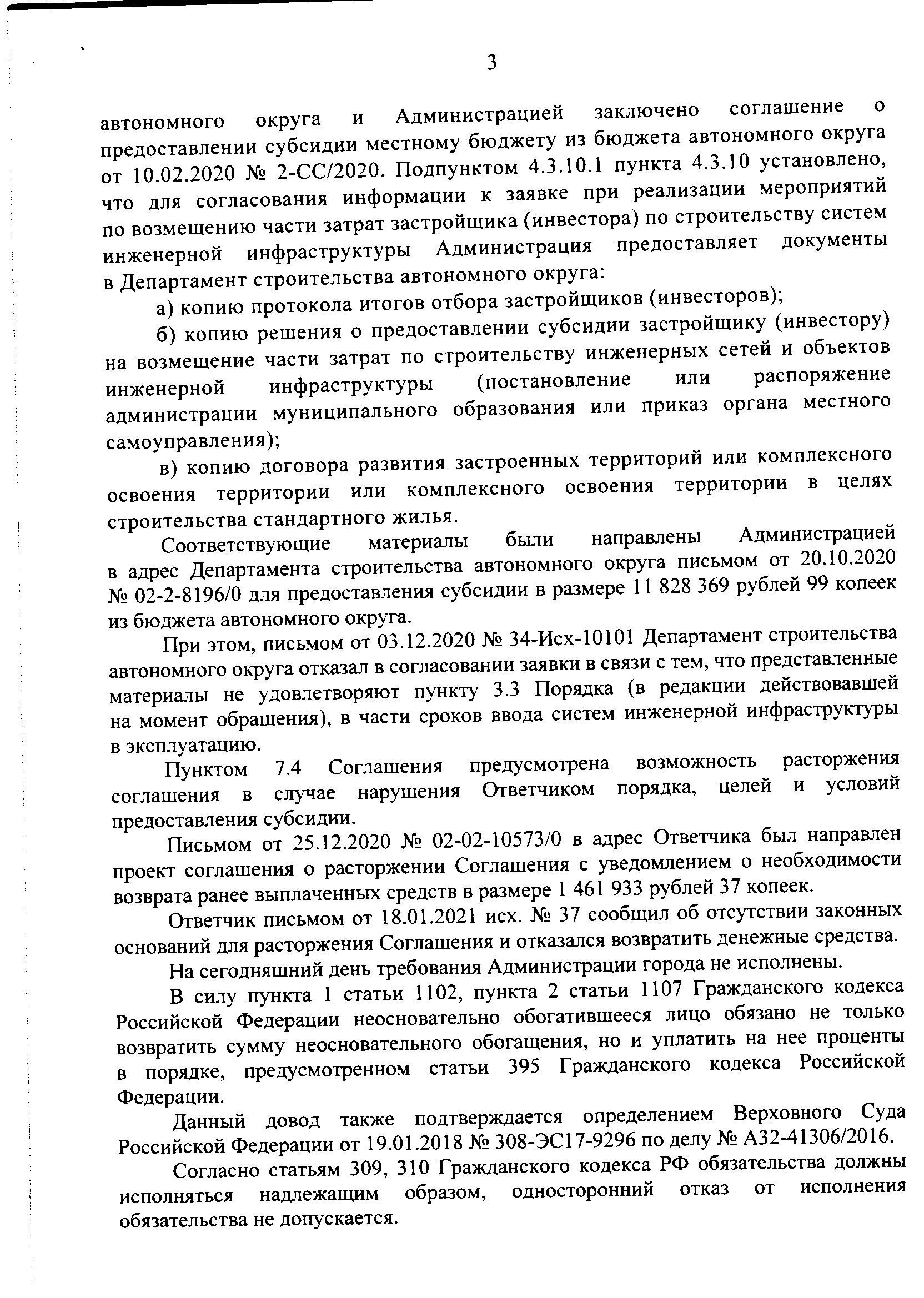 However, only part of the money managed to pay - namely - 1,461,933 rubles. 37 kopecks. This amount was demanded to be returned, since the Sibpromstroy-Ugoria company did not fulfill the promised work. 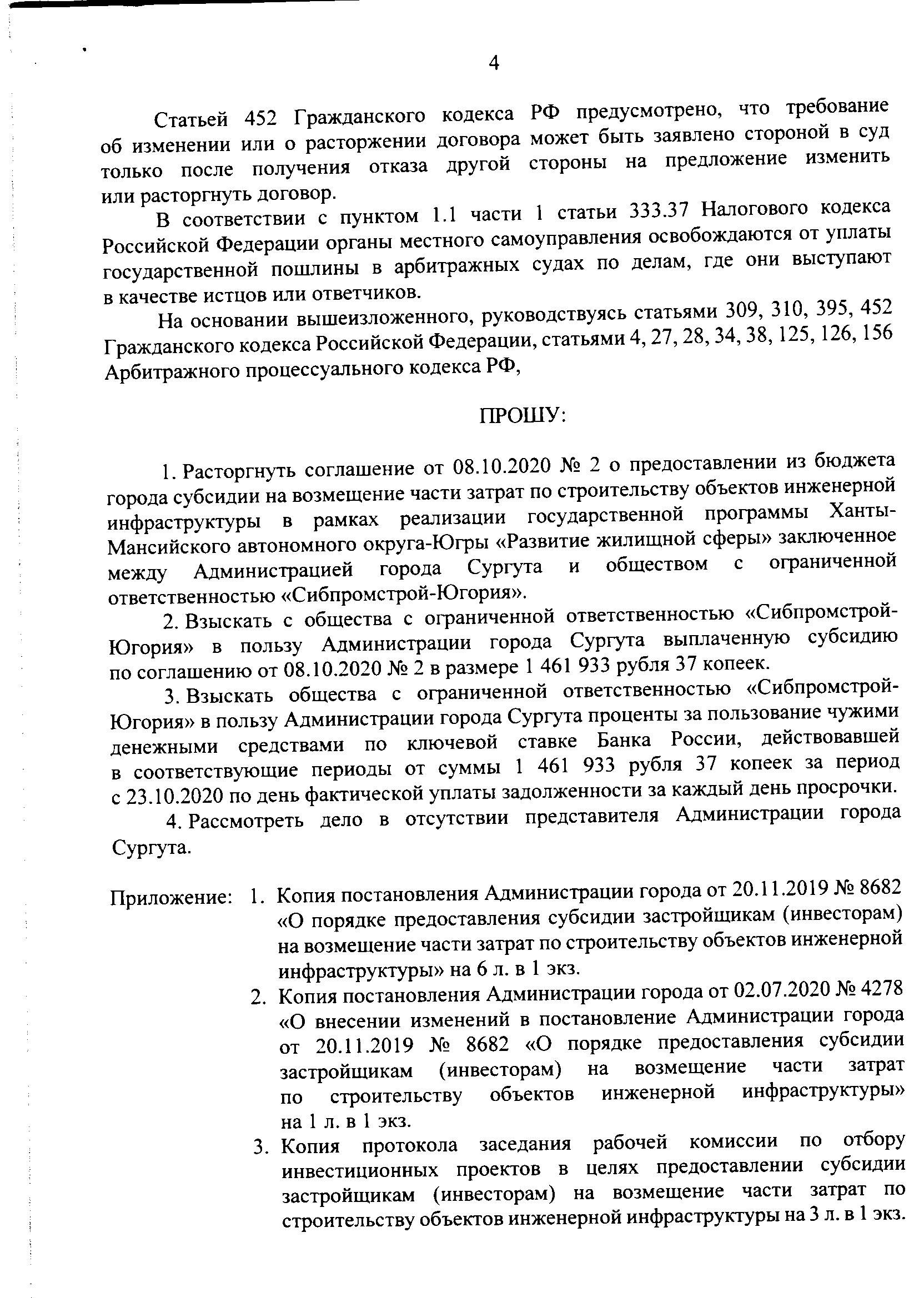 Here is such a story with subsidies for a notorious construction company with a highly tarnished reputation, for which the governor of Ugra Natalya Komarova stands for the mountain.

14 May, 8:31
From GIS on fuel and energy systems to ministers "in the pocket"
See also