"Club" for media from Radiy Khabirov

The authorities of Bashkiria "started actions" against another "objectionable" media. At this time, Radiy Khabirov's officials can do business through people close to them, but the head of the region does not seem to be bothered by such "trifles", does he?

As the correspondent of The Moscow Post  reports, the authorities of Bashkiria, led by Radiy Khabirov, launched a real "struggle for the truth" in the Republic: another local media fell into disgrace allegedly in connection with the publication of "fakes". We are talking about the Ufa1 portal, which is part of Shkulev Media: they dared to tell that schoolchildren from the village of Novomusino are forced to study in a cowshed, because only there it is possible to catch a normal Internet connection.

The reaction was immediate - the Ministry of Education appealed to the supervisory authority and demanded that the information be removed and refuted. Everything would be fine if the problems with communication in small settlements in the region have not become a byword for a long time, which invariably causes damage to Khabirov’s administration, which has not solved this problem for years.

They probably don't need any other scandals. Especially against the background of today's news, when it became known that 11 elderly people were burned alive in a nursing home in one of the Bashkir villages. And this is despite the fact that one of the co-founders of the boarding house is a person who is not far from power - Rustam Fattakhov, a lawyer of a subsidiary of the Ministry of Family, Labor and Social Protection of Bashkiria. Radiy Khabirov, who arrived at the scene, could not do anything but spread his hands. Was it possible to restore order in the region earlier?

Apparently, the authorities are able to impose "order" only in newspapers. According to rumours, the head of the Administration of Radiy Khabirov, Alexander Sidyakin, may be behind the pressure on Ufa1. He has already got into an information scandal related to Pervaya Liftovaya Kompaniya LLC, which brought troubles not so much to him (the company continues to work as if nothing had happened), but to his boss.

The essence of the story is simple - the State Publishing House named Bashkortostan refused to print the Bonus newspaper. It is published by Sem Vershin, a company associated with entrepreneur Raufa Rakhimova. She is the niece of former President of the republic Murtaza Rakhimov, whose team is believed to have a confrontation with the current authorities of the region on a number of issues.

The new issue of Bonus reported about the possible connection of Pervaya Liftovaya Kompaniya LLC with Mr. Sidyakin. But when the print run was supposed to go on the shelves of stores, it turned out that it was not in the printing house. Although it should have been printed. 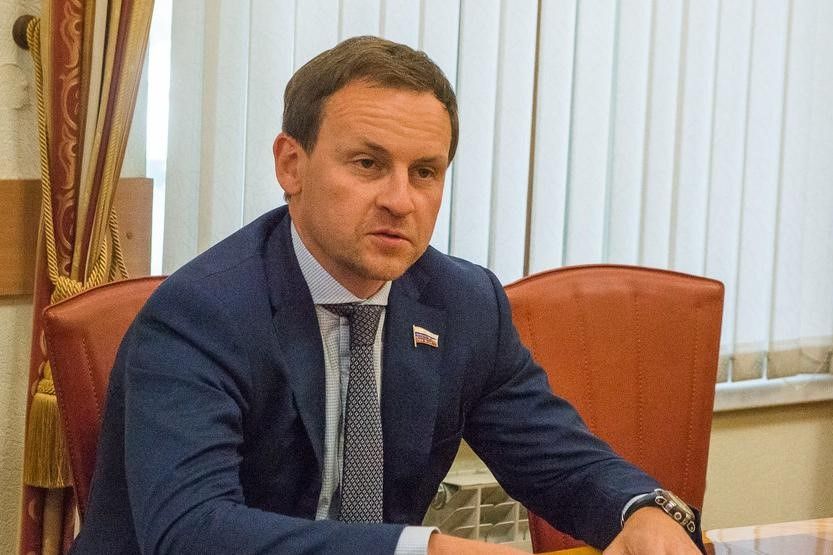 Will Sidyakin "protect the truth" for Radiy Khabirov?

Going little ahead of ourselves, we will say that the paper version of the investigation about the elevator industry of the region could not be brought to the readers, and Alexander Sidyakin himself announced his desire to sue over false information. It was written by Kommersant.

What could Sidyakin dislike so much? The fact is that 50% in Pervaya Liftovaya Kompaniya LLC is owned by the civil wife of Mr. Sidyakin, the beautiful Ksenia Shvyreva. And if it turns out that it is not she, namely Sidyakin, who is the real owner, no one will be particularly surprised.

The company is registered in Moscow, but operates in Bashkiria. It immediately got into the register of contractors of the Ministry of Construction, Housing and Utilities of Bashkortostan, which are given the right to participate in tenders for the modernization of the elevator industry. Which, it, in fact, is doing.

In the summer of 2020, the Bashkir Department of the FAS found a number of serious violations in the actions of the Ministry of Construction, Housing and Utilities of the republic when forming this register. Major Russian manufacturers and distributors of elevators, including the Shcherbinsky Elevator Building Plant, Karacharovsky Mechanical Plant, Moslift, Euroliftmash and others, filed complaints with the Federal Antimonopoly Service at the stage of register formation. It was written by Kommersant. Apparently, these companies did not have any influential acquaintances in the government. 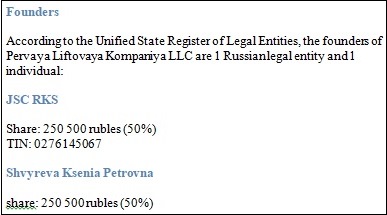 Now, the volume of its state contracts with Pervaya Liftovaya Kompaniya LLC exceeds 10 billion rubles. most of them are with the structures of the regional government: almost 5 billion with the capital construction department of the republic, another 3.3 with the Ministry of Land Relations. the success is serious, the profit at the end of 2019 amounted to almost 60 million rubles. 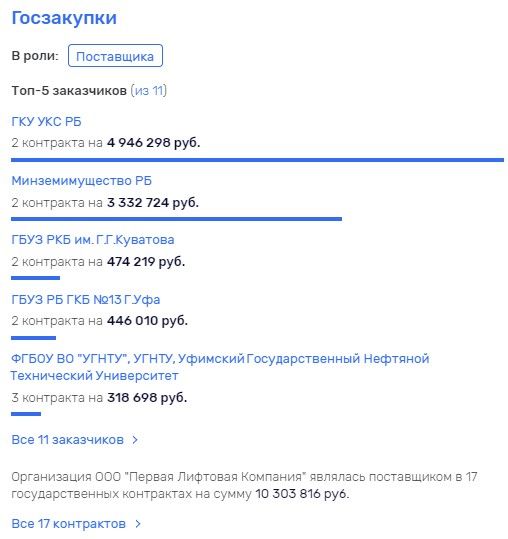 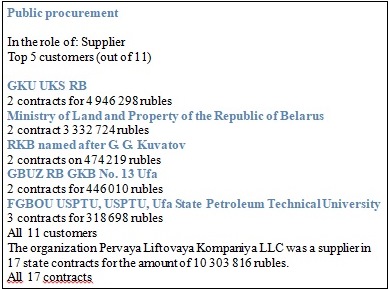 Has Mr. Sidyakin nothing to do with it? In addition, Shvyreva has another toy - a clothing and design boutique under her own brand. It doesn't really fit with the elevator business, but business is business. Information about it, as the elevator success, was published by the ProUfu publication.

Surely there is other information that would be undesirable for Mr. Sidyakin to publish because of its unreliability. It is a pity that the authorities are not in a hurry to check them. So, recently we received a letter from the former Deputy Director of the Fund for Development and Support of Small Business Arsen Nuridzhanov. The Moscow Post wrote about this earlier.

As Nuridzhanov writes, we quote: "Alexander Sidyakin actually took more than 500 million rubles out of control of the budget. And later, with the help of the chairman of the State Committee for Entrepreneurship, he actually spent more than 1 billion rubles. We have applied to both the Interior Ministry and the FSS, but the case is being slowed down... The basis was prepared by Radiy Khabirov's order to change the holder of the guarantee fund, and contrary to the direct prohibition in the budget code, the money was transferred to another legal entity...".

In another region, such information would be like a bomb exploding, and in Bashkiria, there is silence. No one has bothered to verify the veracity of this information - neither in the Government of the republic, nor in law enforcement agencies. Meanwhile, if this turned out to be true, both Sidyakin and Radiy Khabirov himself would immediately be out of their posts.

The prime minister of the republican government, Andrey Nazarov, who is close to Khabirov, would also go there. It is surprising what a famous and scandalous person the latter is. All sorts of sins were attributed to him. First of all, lobbying the interests of the development business.

In the past, Andrey Nazarov was related to the Granel development company - he was its co-founder together with his friend Ilshat Nigmatullin. Today, the latter owns 99% of the group.

Though Nigmatullin is not just a partner, but also a relative of Nazarov. He is married to his sister Svetlana, who, like her husband, is also no stranger to participating in the family business. Andrey Nazarov’s wife, Larisa, is also "in business". Both Svetlana and Larisa are real geniuses of entrepreneurship.

For two ladies, there are 121 companies where they act as founders. Larisa Nazarova - 66, and Svetlana Nigmatullina - 55. Many of them are formally active, but at the same time they have signs of fictitiousness. It would seem, what does their relative, the influential official Andrey Nazarov, have to do with it?

In just 10 years, Granel has entered the top 10 Russian developers. It is rumoured that Andrey Nazarov won his numerous business victories not in the course of fair competition in the market, but due to his proximity to the authorities, and especially to the current governor of Bashkiria, Radiy Khabirov.

At the beginning of the 2010s, even before the victorious walking of Granel in the country, Nazarov was already a Deputy of the State Duma. In 2009, Khabirov was appointed Deputy Head of the Internal Policy Department of the Russian Presidential Administration. A year later, Granel for the first time entered the project outside of Bashkiria, undertook to complete the construction of a residential complex in Balashikha.

Later, Khabirov became the head of the administration of the Krasnogorsk district of the Moscow region, and Granel immediately received a project to complete housing on its territory. Previously the company of Mikhail Ogloblin, son of the former Minister of Construction, Housing and Utilities of Moscow region Marina Ogloblina, failed on this site. This was written by RBC.

The fact that big officials "tie up" business with wives and friends is not news to anyone. But the fact that something strange is happening to the media, which dare to tell people about it, is a novelty. Does Radiy Khabirov care for his officials so much, and does not care for his reputation so much that Sidyakin, with his permission can use supervising departments, as an administrative club against inconvenient publications?

There are other, quite wild rumors about Nazarov. According to the Russian Criminal publication, allegedly in the past Nazarov was sued for the destruction of a cafe and the rape of an underage. Despite the fact that nothing can confirm this, the republic does not even want to comment on this topic - as if they are afraid of something. Who and what does Radiy Khabirov protect?

Of course, there are rumoUrs that the head of the Republic himself is interested, since he allegedly receives part of the profits from close officials.

In any case, if Radiy Khabirov had some serious successes as head of Bashkiria, such a rush in relation to the local press, probably, would not have happened. Because it would at least be supported by positive feedback from the regional authorities. But there is little positive. Officials do not understand only one thing -trying to ban something and hush it up, they contribute to the dissemination of this information.