The case of the withdrawal of funds allocated for the production of Russian aircraft to the Baltic States can be brought to the director of the Higher School of Public Administration (VSHGU) of the RANEPA Alexei Komissarov.

In Moscow, Igor Turuntaev, the founder and general director of Kuranta LLC, was detained on charges of fraud, who is suspected of withdrawing funds allocated for the production of Russian aircraft to the Baltic states.

As the correspondent of The Moscow Post found out, the search for the selection of projects, from where Mr. Igor Turuntaev allegedly withdrew money, was engaged in the "Russian Fund for Technological Development" (in 2015 it was renamed the Industrial Development Fund - FPR). It was then headed by Alexey Komissarov, now vice-rector of the Higher School of Public Administration (VSHSU) of the RANEPA.

When Komissarov was, Igor Turuntaev's Kuranta company was in the top ten import-substituting projects, which the FPR issued a loan on preferential terms, funds were allocated for the production of feedstock with increased physical and mechanical properties, as well as metal and ceramic products of complex shape based on them for the needs of mechanical engineering and aerospace industry.

The first industrial batch of products of Kuranta LLC was supposed to be produced by 2018. However, domestic enterprises did not receive feedstock from this manufacturer.

In turn, the Prosecutor General's Office discovered serious financial abuses in the regional branches of the RANEPA.

It can be assumed that he was promoted there by the first deputy head of the Presidential Administration of the Russian Federation, Sergei Kiriyenko, since it was he who actively supports the ANO "Russia is a country of opportunities," where Alexei Komissarov became the general director in 2018. By the way, before that there was a time when he was an adviser to the mayor Sergei Sobyanin.

It is possible that Alexey Gennadievich even then felt that the case "smells of kerosene" and hastily changed his position. Whether he received his part of the share can only be assumed. 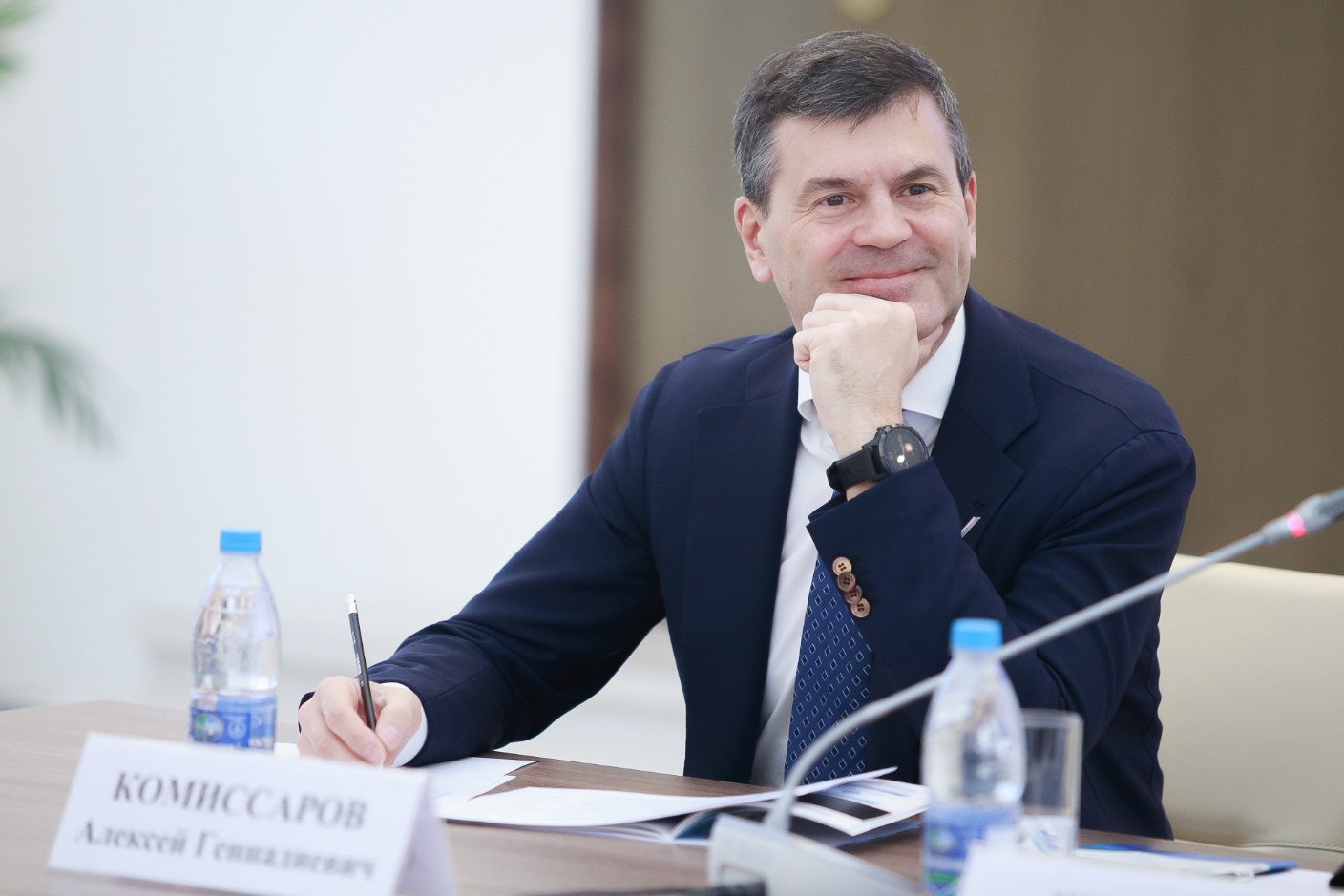 Alexey Komissarov knew where and when to leave? Photo: onf.ru

BAUM and no money

As an organization that was supposed to produce scientific research and development, it was controlled by Kurantam LLC NPC "Injection Casting Technologies of the Moscow State Technical University named after N. E. Bauman," the general director of which is the son of Mr. Turuntaev - Artyom. 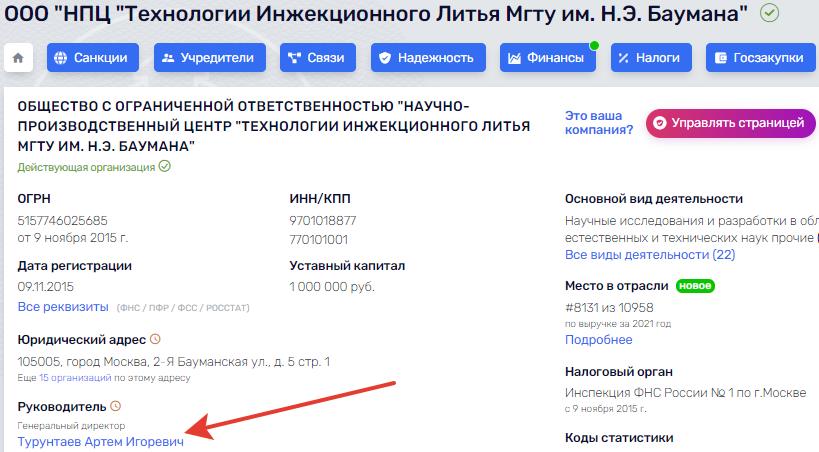 The company, where there is not a single employee, and the last state contract was in 2016, revenue last year amounted to 1.3 million rubles. Hence the logical question, where does the money come from?

This chain turned out to be easy to trace, because the second founder of the company is listed as none other than the Moscow State Technical University named after N.E. Bauman. They were also a supplier in 768 government contracts worth 12 billion rubles. Isn't there a stream of money flowing from there? By the way, most of the orders are associated with Denis Manturov's Ministry of Industry and Trade. And it so happened that the FPR, which allocate money to Kurant, is also supervised by this department. 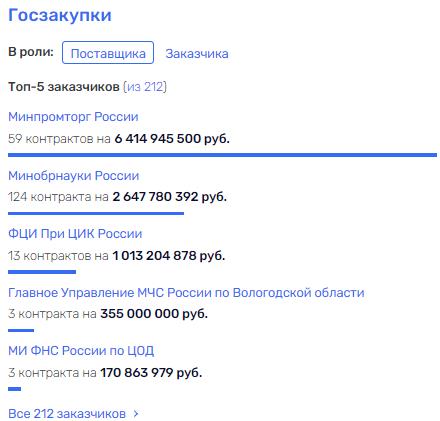 At the same time, according to the authors of the telegram channel "VChK-OGPU," allegedly now law enforcement agencies are now studying state contracts for R&D (research and development work) at the Moscow State Technical University named after N.E. Bauman. There, by order of the Ministry of Defense, at different times they were engaged in combat vehicles for the Marine Corps, ballistics, software and robotics. On the basis of the university, training of specialists for the army was even organized. The other day, the TFR received materials about embezzlement by Baumanka employees of funds on an especially large scale allocated for R&D in the interests of the Ministry of Defense. According to investigators, the crime was committed in 2018-2019.

But this is not all, in 2018 the police also opened a criminal case against unidentified employees of the research and production center "Injection Casting Technologies of the N.Bauman Moscow State Technical University" (this is where Turuntaev's son is now) about embezzlement of budget funds. As part of the state contract, the research and production center was supposed to develop, manufacture and supply 3D printers of SLP-250 designed to grow parts by layer-by-layer remelting from metal powder.

All this is similar to the fact that the leadership of the Moscow State Technical University named after "N. Bauman" is very fond of "sawing" money. Now, at an important moment for Russia, many soldiers were left without the necessary equipment because of someone's addiction to luxurious life.

Returning to Mr. Turuntaev, it should be noted that as collateral for the loan received, the businessman provided the FRP with documents stating that he owns land in the Tver region worth about 320 million rubles. It turned out that he had significantly overestimated their price, but apparently when he was given a multi-billion dollar amount, they did not notice such a "trifle." Until now, it has not been possible to sell thousands of hectares of land at public auction. In addition to the probable illiquidity of this asset, the fact that Igor Turuntaev owned only half of it was an obstacle to sale. The other part belonged to his companion Harry Poghosyan.

Particular attention is drawn to the fact that Poghosyan in Tver owns a peasant (farm) farm (kfh), which is engaged in the cultivation of grain (except rice), leguminous crops and seeds of oilseeds, the same kfh in the same city is completely listed as Turuntaev Artyom. It turns out that all lands are still at the disposal of "their own." In addition, it so coincided that Alexei Komissarov somehow miraculously also lost one Tver asset, to be more precise, Tver Paint and Paint Plant LLC, which last year brought 388 million rubles. As they say, the meeting place cannot be changed.

And everyone is happy

As a result, it turns out that Igor Turuntaev left the country without Russian aircraft, which are very needed today, confessed to the crime, bankrupt the company, put his son in a good position in the company through which the management of MSTU named after N. Bauman can withdraw money and so far just "got off" with a recognizance not to leave. Meanwhile, Alexei Komissarov, who through the FPR gave money for this, calmly transferred to another position and sits in the scandalous RANEPA, also promoting the project "Russia is a country of opportunities." If you use the opportunities as Commissars, then there will be nothing left of Russia.

Apparently, all the aforementioned heroes remained in the plus from multi-million embezzlement in the aerospace and defense industries, and the country and Russian soldiers were in the minus. Is no one going to be punished?