"Lakhta Center 2" - a new business card of St. Petersburg, or a new "sawing" for budget "suckers" of all stripes?

According to The Sankt-Petersburg Post, the Russian gas monopolist Gazprom announced plans to build a new skyscraper in St. Petersburg, the second Lakhta Center. The height of the new building should be 703 meters, which is symbolic, because the city was founded in 1703. This will make the new Corn (as the locals lovingly dubbed the first center in the Primorsky district) the second tallest skyscraper in the world after the Dubai Burj Khalifa.

The new skyscraper should become the "crown" of managerial talents of the head of PJSC Gazprom Alexei Miller, a kind of lifetime "monument" to his leadership of the state monopoly for 20 years. Recall that he became the chairman of the board in 2001, and in February 2021 he was extended for five years. He was able to bypass competitors, among whom were the head of Gazprom Neft Alexander Dyukov and even the beneficiary of NOVATEK Leonid Mikhelson.

The price of the question on the new skyscraper is not disclosed, but some assumptions can already be made. Due to the extremely unfavorable financial condition of the Gazprom structure, Miller will probably ask for serious co-financing. And the second - it will definitely be an incredibly expensive construction site, like the Zenit Arena or the first Lakhta Center, the construction of which was accompanied by high-profile scandals and conflicts.

And if the Gazpromists, who were under the supervision of Miller, presented the project of a new skyscraper, comparing it with the Burj Khalifa, then they could compare the cost. The construction price of the first Lakhta Center amounted to 120.7 billion rubles, or $1.77 billion.

This is more expensive than the Dubai giant ($1.5 billion), or, for example, Malaysia's business card - Petronas Twin Towers ($1 billion). But "Lakhta" is almost half as low as Burj Khalifa. Now, presumably, the cost will pass for $2, for $3 billion?

Miller's subordinates do not focus on this difference. As in the presentation of the Lakhta Center 2 project, no one mentioned the difficult financial condition of the company he led. At the end of 2020, Gazprom received 707 billion (!) Rubles loss against net profit in 2019.

You can see the details in the report of the company itself. And the analysis of analysts of Arsager Management Company shows that the decline occurred in almost all indicators, including gas revenue, processing, energy supply, etc. Is it time to enter the next megaproject at a budget expense? 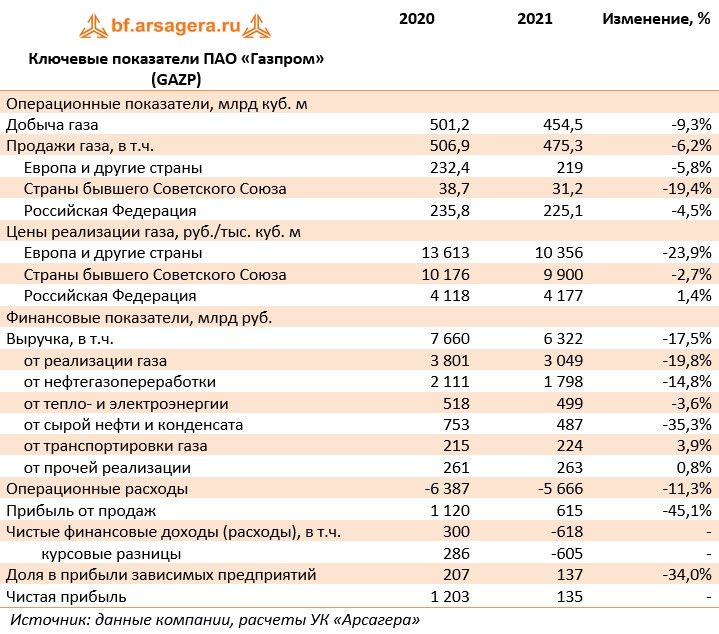 They do not recall that the construction was carried out on borrowed funds of the same Gazprom, which were issued to the operator of IFC Lakhta Center JSC. Although it was originally assumed that the construction would be carried out together with the authorities of the Northern capital. Why did Gazprom decide to "everything itself"? According to rumors, in order to avoid unnecessary control over the spending of budget funds by the city administration.

And it turned out that Gazprom, having named itself (more precisely, at the treasury), should also remain - and with interest. At the beginning of 2018, Lakhta's debt amounted to almost 100 billion rubles, later it grew to 107.8 billion rubles. You could say: the budget will endure everything. But the number of scandals suggests that a huge amount of money could be "sawed" on the project. If you remove corruption costs, the cost may be half as low?

"Sawing" with the smell of gas

The fact that "Lakhta" could "sawing" on a large scale is evidenced by criminal cases. What is only the case of the contractor of the second stage of the Renaissance Construction center, the Russian division of a large Turkish construction holding. Questions to the company arose back in 2017, when the security forces searched the office of the structure as part of an investigation into the possible withdrawal abroad of 100 billion (!) Rubles.

As a result, they understood for three years. And in 2020, already against the backdrop of other revealed circumstances, they opened a case of tax evasion in the amount of 720 million rubles. Charges were brought against the head of the company, Alexander Tarasyuk, Kommersant wrote about this. According to investigators, the company, having concluded fictitious contracts with one-day firms, then falsified tax reports thanks to them, as a result of which the budget allegedly missed 720 million rubles.

As for the case three years ago about the possible withdrawal of 100 billion rubles, the investigation was not over - its results are unknown. But it is known that the security forces assumed.

A possible scheme (which, we repeat, could not prove) could be this. Money through laying firms was transferred to the accounts of companies participating in foreign economic activities (VED). And those, in turn, paid for goods purchased from foreign partners with these funds. Building materials could act as such goods. And possible frauds could lie precisely in the difference in the value of goods, which could be at least ten times (!) Overstated. The difference could easily be put in the cup of foreign one-day firms. Kommersant also writes about this. 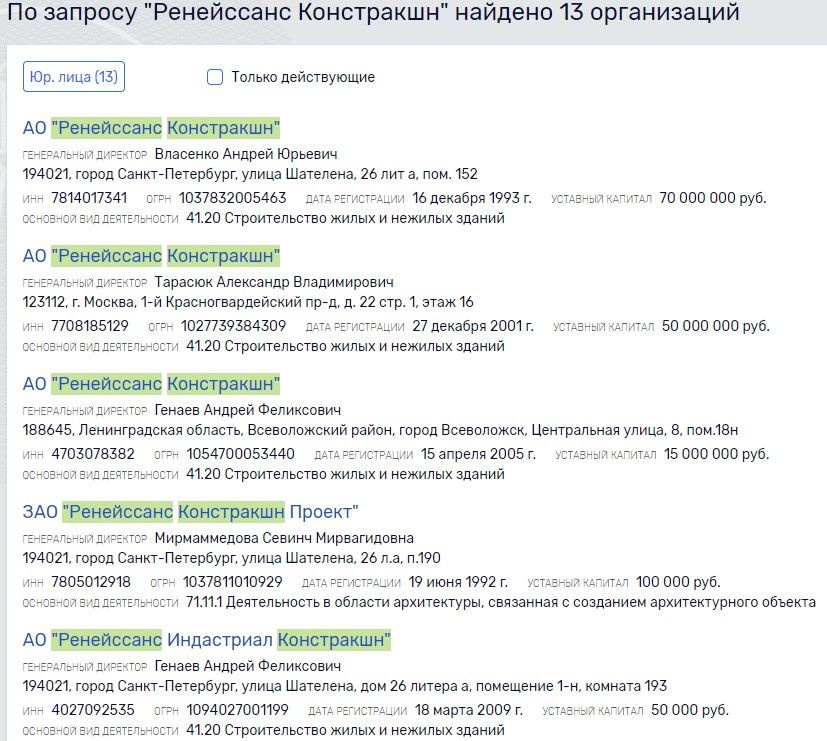 Does this not look like some kind of "gaskets" through which funds could be pumped? And how did Gazprom Alexei Miller choose such a strange contractor - was he not afraid to "confuse" him with a "similar" company by name?

The story of the Renaissance Construction workers, who in 2020 went to an unauthorized protest under the center, demanding money, did not give points to Gazprom. Then detractors said that they were being delayed. The company itself explained, they say, workers require additional payments. About this writes RBC. Who to believe in this situation - the companies where the searches took place, or the workers who need to feed families? It was not enough that the new Lakhta Center caused an increase in social tension.

Gazprom still cannot move to a building in the Primorsky district. Now finishing work is still going on there. They could not be completed on time, allegedly due to the fault of Gazstroyprom, another strange contractor. In 2020, the gas monopolist broke the contract with him due to delays.

As a result, more than a thousand people lost their jobs - literally, they were on the street. And how can we not recall the recent history when the workers of another Gazprom contractor, Renaissance Heavy Industries, which built the Amur refinery, staged a pogrom at the construction site due to non-payment of salaries. Among other things, they demanded money for 3 months of quarantine. About this writes RBC. It turns out that for three months they lived without money, and Gazprom did not care at all, if only they would put "bricks"?

In the case of Gazstroyprom, the main mystery is where the money went. Namely, an advance of 20 billion rubles issued to the company. According to Tsargrad, of which 11.3 billion rubles was allegedly received by Cascade-Energo LLC. However, the company never confirmed that it received a contract for the arrangement of the offices of the Lakhta Center.

Cascade-Energo is a Kaluga structure that is part of the Tashir group of entrepreneur Samvel Karapetyan. This corporation brings together approximately 200 companies that are involved in construction, energy, retail and restaurants. The names of Karapetyan and people close to him have repeatedly sounded in the context of corruption scandals. 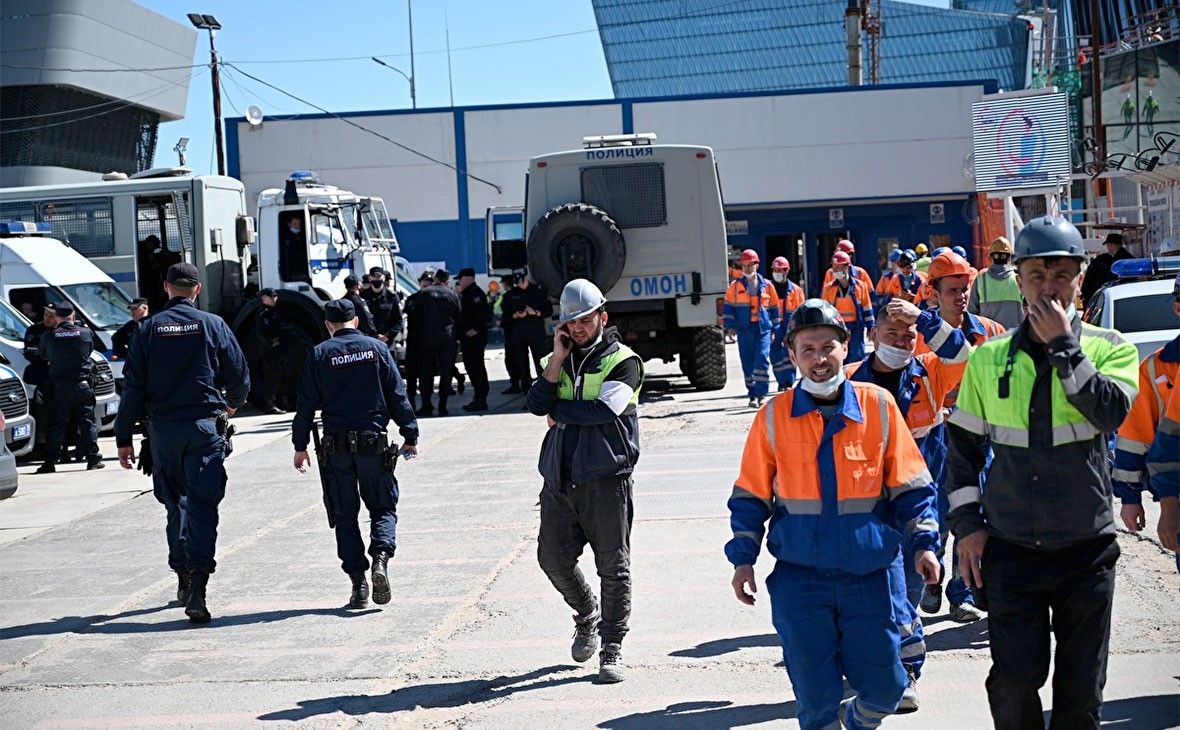 Unauthorized strike of workers at the Lakhta Center building in 2020

There were other problems with the current center. The FAS also has claims, in particular, on an auction for the construction of a road passage to the building. It is necessary to build a passage 240.5 m long and worth over 1.2 billion rubles until November 2023. Three days ago, the auction was suspended. The application of one of the participants, LLC BIG, was rejected by the tender commission. According to the company, illegal. About this writes Business Petersburg. Trying to bring "their" to the object?

But all these changes, delays and other things in the case of Lakhta Center 2 may not reach. Because the project, like the skyscraper already built, has already raised questions from the public, architects, city defenders, environmental activists. Recall that the current Lakhta was moved to the northwest of the city, although it was originally supposed to be built on Okhta (Okhta Center).

This caused indignation of people, they feared that the building would spoil the view of the city. A decade ago, because of the construction of the tower, the whole city was burrowing, and tens of thousands of Petersburgers went out against the construction. Today, many are concerned about the new project.

Partner of the architectural bureau Kleinewelt Architekten Sergey Pereslegin considers it a real disaster. "The construction of a new skyscraper will entail a rethinking of the planning structure of the entire city," Kommersant quoted him as saying. Many other experts agree with his opinion.

Users of social networks are also indignant. They believe that colossal funds for Lakhtu-2 can be spent with greater benefit. The nicknames of the current center themselves indicate that many skyscrapers, as they say, did not go - Corn, Gazoskreb, Sauron Tower. Of course, the new project will cause a new protest campaign. But if the money is budget, why not give will to your gigantism by building a huge spire. Or something else, Freud.

28 February, 7:56
How many Doev to the state: who is behind the collapse of Gazprom's "daughter"?