Are businessmen Kirill Burlakov and Denis Burlakov preparing to "escape" abroad from multibillion claims of creditors?

According to the correspondent of The Moscow Post, the owners of RBK Money, Kirill Burlakov and Denis Burlakov, are accused by creditors of organizing a scheme for tax evasion, deliberate bankruptcy and withdrawal of the company's assets. The businessmen themselves are gradually "retreating" from the company - they recently reduced their share from 20% to 10%. Will the brothers run away abroad after their "authoritative" partner Ivan Pritula soon? Or do they hope for the help of Mikhail Prokhorov, who also managed to "light up" in this story?

For the last 10 years, RBK Money has not been getting out of scandals. In order to understand how this happened, it is worth turning to the history of how the office with such a big name ended up in the hands of Kirill and Denis Burlakovs. Despite the fact that RBK Money seems to be able to "clean up" information about itself in the information field (for example, the article of Novye Izvestiya dating January 28, 2020 has disappeared somewhere). However, the Internet remembers everything.

The first e-wallet in the CIS with a web browser as the interface Rupay appeared in 2002. In 2008, RBC Media holding bought 74% of its shares and renamed it to RBK Money. At that time, the holding was owned by its founders - Herman Kaplun, Alexander Morgulchik and Dmitry Belik. According to rumours, at the same time the Burlakovs were "lit up" in the company for the first time, though they deny this fact.

In 2010, a well-known businessman Mikhail Prokhorov took control of PJSC RBC. In 2014, the oligarch sold the asset of the media holding to the Burlakovs, and did so at a significant discount. As reported by Kommersant, at one time PJSC RBC received an asset for $3 million and sold it for 18 million rubles (about 500 thousand dollars at the exchange rate of those years).

The reason for such generosity could be the fact that the brothers inherited multimillion debts. The businessmen claimed that they had paid them off, and besides allegedly also invested $5 million in the office. However, some of the creditors did not see the money…

Among them was a businessman Sergey Mayzus, who suspects that the management of RBK Money in 2011-2012 appropriated about 150 million rubles by fraud. Does it mean that this was done under Mikhail Prokhorov?

But the businessman needed money at that time: in 2012, he participated in the Russian presidential election. And the election campaign, as you know, is not a cheap pleasure. According to the authors of the Renome portal, Prokhorov allegedly spent the funds "extracted" from RBK Money on it.

As Novye Izvestia wrote (now the material has been deleted, but it is in the web-archive), the legal entity to which the RBK Money operator was registered, RBK Money, was bankrupt, and its assets were transferred to the Registered Payment Institution EPS LLC (RPI EPS). The latter was affiliated to PJSC RBC: the then Chairman of the Board of Directors of RPI EPS, Sergey Lavrukhin, was the current CEO of PJSC RBC. Thus, by the end of 2012, RBK Money had no liquid assets, and its debts had grown to 245 million rubles. In the period from 2012 to 2015, the office's revenue fell from 9.9 million rubles to zero.

Now the same RPI EPS is directly related to the Burlakovs: 10% of the company is owned by Kirill Burlakov. But it seems the brothers have started an exodus from the company. The fact is that in February 2020, Denis Burlakov gave away his 10% in the company and Timur Gubaidulin replaced him as Chairman of the Board in March. 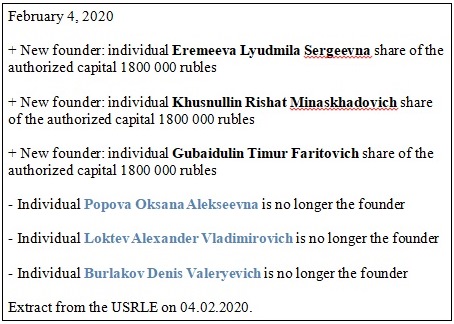 It is possible that they have been preparing an escape plan for a long time. The fact that RBK money ITC, controlled by Denis Burlakov, is also recorded in the Cyprus RBK Money Holdings Limited". The same offshore office owns Payment Labs, headed by one of the brothers. Both firms are unprofitable, which suggests that funds from them can "leak".

They run from past "merits"

But, apparently, they presumably have reasons to leave the country. It was rumoured that they were able to withdraw $58 million from the company in favour of Smart Transfer Limited. According to Lenta.ru, they also sold the RBK Money trademark for a song: its real value was estimated at 200 million rubles, but the offshore RBK Money Holdings got it for only 2.3 million rubles. This generosity was attributed to the fact that the trademark was essentially sold to themselves.

Now RBK Money has a bankruptcy trustee who is trying to challenge these transactions. He has made progress on other fronts: in particular, he managed to challenge three cession agreements for 23 million rubles, which were already signed with the RPI EPS. According to the database of judicial and regulatory acts of the Russian Federation, the court ruled that RBK Money, which has debts to creditors, transferred assets to an affiliate free of charge.

The bankruptcy trustee also suspects that due to the sale of assets to offshore companies at low prices, the Burlakovs could avoid paying tens of millions of rubles in taxes. This was allegedly reported to law enforcement agencies.

In addition, the Burlakovs continue proceedings with Sergey Mayzus, whose Mayzus Property Management wants to recover 141 million rubles. According to Jourcontrol, the case stretches back to the "Prokhorov" times: in 2011, the companies Insta Dealing and RBK Money signed a contract for the provision of services - the cost of the latter was estimated at 154 million rubles, but the asset of the media holding was in no hurry to pay for the contract. Two years later, in 2013, Czech Mayzus Property Management entered into an assignment agreement with Insta Dealing, under which the rights of claim were transferred to a foreign firm for 141.941 million rubles. In 2017, Sergey Mayzus requested that RBK Money be declared bankrupt.

According to Lenta.ru, the businessman does not believe that money was "laundered" through the company. He wrote about this in his appeals to the RF IC and the Presidential Control Department. 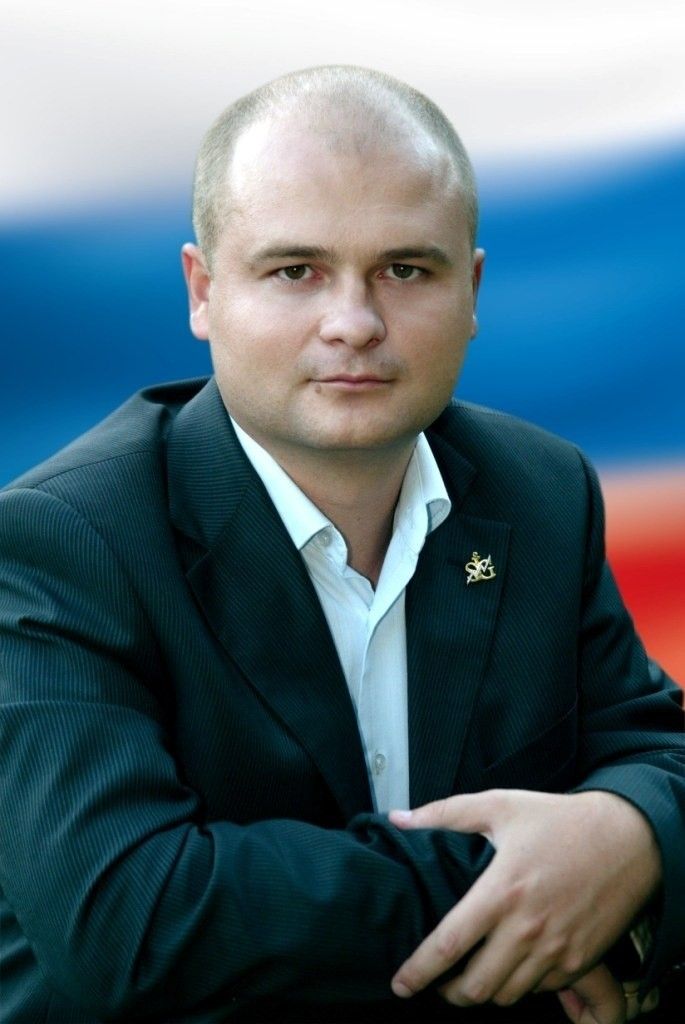 Besides, Mayzus also credited the Burlakov brothers with collaborating with the controversial businessman Ivan Pritula. According to the authors of the Ruskompromat portal, allegedly Pritula twice or three times found himself behind bars - they say, he was tried for threatening to kill, robbery and beatings.

Pritula together with Dmitry Agapitov owns the SimplePay payment aggregator. As indicated in the message of Mayzus, published on the Finside portal, allegedly SimplePay is related to fraudulent survey websites. Once the company has been working through the RIB Payment Institution, which sent the transaction through the Russian Standard Bank. Later, SimplePay started working on the resources of the Tele2 operator, until the operator turned it off in 2019. Next, in cooperation with SimplePay, RBK Money started its work - again through the Russian Standard Bank.

And then Mayzus had several questions at once. First, RBK Money is now backed by an RPI - Registered Payment Institution EPS (RPI EPS). So, how did the Central Bank give them a license at all, and whether the origin of funds for making capital was checked at all?

Second, does Russian Standard Bank know who it is working with?  Very odious Rustam Tariko is behind the financial institution, who presumably works according to the same methodology as the Burlakovs. So, he is known for his attraction to offshore companies, and he was also suspected of defrauding investors who invested their money in the Bank in 2014. The Moscow Post wrote about this in detail earlier.

But Mayzus himself is also not as simple as he seems. According to the authors of the NeKolomychenko telegram channel, in the recent "leak" of US financial Intelligence data, he ranks first in the list of people who participated in the withdrawal of money. And he is very well known in the crypto world, indeed.

Mayzus and his wife once worked as Forex brokers under the Myzus and United World Capital brands. According to rumours, both offices turned out to be fraudulent: they collected money from users, and then simply disabled the brokerage platform. The couple moved to the Czech Republic with this money, where they started exchanging cryptocurrencies.

As OCCRP wrote (recognized as a foreign agent on the territory of the Russian Federation), he became a person involved in the sensational "Vinnik case" - with the latter, he collaborated on the exchange to cash out bitcoins. As a result of the closing of the exchange, at least $150 million was "lost" somewhere. And since the withdrawal of funds was carried out through Mayzus Financial Services Ltd, it is most likely that Mayzus has access to them. This version, in particular, was reported to Lenta.ru by Viktor Stepanov, the consultant of the former head of Wex Dmitry Vasiliev.

What can be said, the "octopus" in this story was really interesting! If the rumours are believed, everyone could benefit from this case: Prokhorov sponsored the election campaign, the Burlakovs "stuffed" their offshore companies, and Mayzus tried to "whitewash" his name a little, "litting up" in the scandal as a victim.

It seems that soon they will continue their "showdown" overseas: Mayzus is already in the Czech Republic, Pritula, according to rumours, is also not in Russia. The Burlakov brothers next? And what about Mikhail Prokhorov - maybe the bells are already ringing for him?