Did Oleg Berkovich come to Nizhny Novgorod to "divide" local budgets in the interests of Head of Rostec Sergey Chemezov? But isn't it time for him to pack his bags due to the fact that he has already come to the attention of the security forces more than once?

As it became known to the correspondent of The Moscow Post, public organization Stopkartel asks the FAS Nizhny Novgorod FSS Department to check the legality of public procurement ANO Centre 800. The company entered into two state contracts for the amount of 117 million rubles with Moscow firms that did not meet the requirements which are necessary for the contractor. Is Head of ANO Oleg Berkovich, who successfully spent the money of state corporations and government departments in Moscow and Sevastopol,  now culturally taking pieces from Nizhny Novgorod budgets? Does, probably, Sergey Chemesov's patronage help him to feel at ease?

The contracts are related to the improvement and repair of 41 territories, buildings and cultural heritage sites for the 800th anniversary of Nizhny Novgorod. The presence of a license from the Ministry of Culture, as well as the presence in the portfolio of at least three executed contracts for the preservation of Cultural Heritage Sites (CHS) in the amount of at least 25 million rubles were essential requirements for the supplier. But both selected Centre 800 offices, according to public figures, do not fit any of the parameters.

We are talking about the Moscow Aurora PM and Aurora Group. The latter, by the way, still got a license from the Department - although retroactively, after the competition. The firms explain the situation by the fact that they will attract subcontractors for the work, who allegedly have licenses, and thanks to the consortium of participants, the required experience is also "running in". An interesting twist!

Maxim Neretin, who last year even entered the rating of the best managers in the country according to Kommersant, manages the Aurora Group engineering company. What to say, apparently the businessman is really a talented "top" - he was able to beat out his office contracts bypassing the requirements! Generally, his company often takes on large projects - for example, it has collaborated with the TMK Group, Ozon, and the national project called Russian fair. 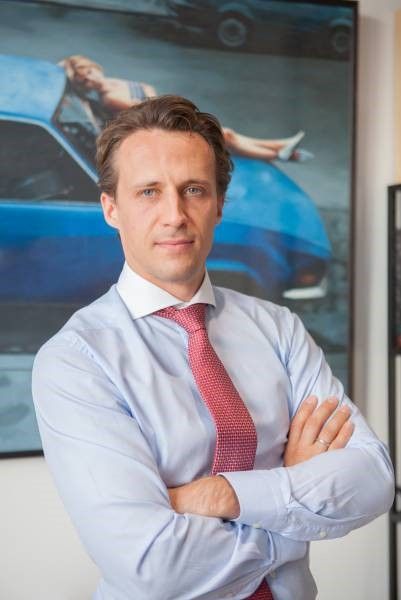 And although the Aurora Group itself has all the financial indicators in order, the same can not be said about other assets of Neretin. So, his  MSN LLC has profit in minus 483 thousand rubles (and one employee), Aukett Svanke LLC - minus 317 thousand, the CF Aurora - minus 31 thousand. Can he withdraw money received on contracts which cost millions through fake "companies"?

Who "gave" this state contract? According to the user Gleb N. on the Yandex.District portal, allegedly Neretin has a friend in the ANO - Oleg Berkovich, the Head of the Nizhny Novgorod Ministry of Culture. And now he is a very controversial figure, and, as evil tongues say, close to Head of Rostec, Sergey Chemezov.

By the way, Aurora Group, which has now earned Berkovich's favour, has made the headquarters of the Russian Helicopters company, which is part of the Rostec State Corporation. Is it possible that Neretin, Berkovich and Chemezov got along well?

Berkovich came to Nizhny Novgorod quite recently. Generally, this is a metropolitan figure who started his career in the media and PR. First he worked as a presenter on O2TV, then - Mayak. From there, he left together with his radio boss Vasily Brovko and founded the Apostle Media company. Then, as they say, "it went on" - without wasting time, they got influential connections in the capital.

They also managed to get a strong friendship with Tina Kandelaki, who contributed to obtain contracts from Aeroflot and Rostec for Apostle. Apparently, since then, Berkovich has become a man of Sergey Chemezov, as he is now called. He has significant "connections" with the state company: ex-partner Brovko married Kandelaki and works at Rostec as Director of Communications, Analytics and Strategic Research of the Corporation, the media lady leads a strong friendship with Chemezov's wife, as was written by Muzobozrenie. 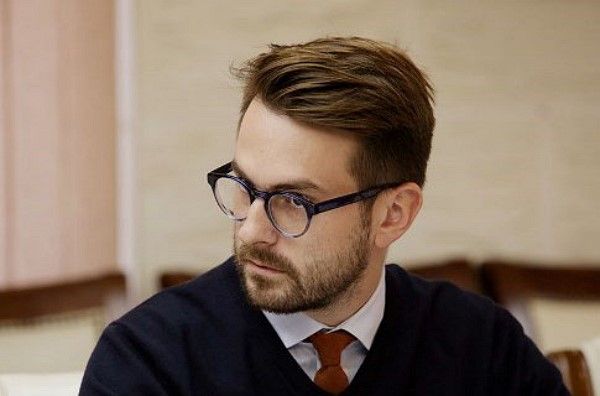 Well, after "building bridges", Apostol's business went very well - there were even contracts from Ministries. However, not without "sticky" stories. In particular, in 2012, the office received a contract from Aeroflot for 64 million rubles, and later it turned out that the contract was concluded without a competition, that is, in violation of Russian law. Vedomosti wrote about this story. So, does it mean that Berkovich has participated in the distribution of contracts according to "murky" schemes not for the first time?

As was written by Krym.Realii, a network of Internet bots that promoted and lobbied for the ideas of people who brought money to Berkovich was created in Apostol.

For yours and ours

After leaving the Agency, Berkovich set out for the civil service. And he succeeded - he became an assistant to the Governor of Sevastopol. It is said that the Opera in Chersonesos festival, of which he was the Director, helped him to get promoted to the Crimea. Then the event was attended by Vladimir Putin and Dmitry Medvedev, who "noticed" the young man. And it is clear that a mere mortal would not be trusted to organize an event to which the President himself paid a visit!

It is also surprising that at the same time he was in the circles of the opposition. So, his wife is a long-time friend of Anna Veduta, the First Press Secretary of Alexey Navalny. And Berkovich himself was seen at an unauthorized rally during the mayoral elections in the capital. How does he manage to sit on two chairs?

Apparently, Mr. Chemezov's protection allows him to take liberties. In response, the politician shows loyalty to the Head of the State Corporation. So, Berkovich could leave the post of assistant to the Governor of Sevastopol precisely because of him. The fact is that the first Governor Kirill Ovsyannikov initially allegedly was also a man of Chemezov, but then showed character and began to "contradict" the patron. As a result, there was a split within the administration, and the people of the Head of Rostec were dismissed.

The Moscow Post wrote interesting facts about working in Sevastopol earlier. The fact is that during the service, he often was not at the workplace, but... in Tel Aviv! He and his wife lived there almost permanently, studied Hebrew, and even acquired Israeli citizenship. So, he has a bridgehead abroad for "just in case"? What can be said - he got it very comfortable.

And maybe soon, indeed, he will have to pack his bags. According to ForPost, many violations were detected in the work of the X-TV government channel during the time when the Sevastopol Department of public communications was headed by Oleg Berkovich. According to the results of the inspection, carried out on the initiative of deputies of the legislative Assembly of Sevastopol, part of the funds allocated for the development of the channel (500 million rubles) could magically evaporate. All the materials of the check were transferred to law enforcement agencies.

Did Berkovich come to Nizhny Novgorod to "divide" budgets in the interests of Chemezov and influential businessmen of the capital? He oversees preparations for the 800th anniversary in the city, which will be celebrated next year. And then what? Will the "Cossack" be sent to master the budgets of another region?