Berezkin’s Aurora "shooting" on the budget?

The new initiative to equip the tablets of teachers and doctors of OS Aurora may end in a banal cut in favour of the beneficiaries of the development of a product that can hardly be called Russian.

As the correspondent of The Moscow Post reports, in the near future, the government may adopt a special resolution to fix the mandatory provision of teachers and emergency doctors of the Russian Federation with Russian tablets based on the domestic mobile operating system Aurora. The beneficiary of this "consolidation" will be the co-owner of the OS developer Open Mobile Platform LLC, the co-founder of the ESN energy holding and the owner of the RBC publication Grigory Berezkin, as well as Rostelecom itself, headed by Mikhail Oseevsky.

The latter was called by evil tongues almost the main lobbyist of the project under Berezkin. The profile Deputy Prime Minister Dmitry Chernyshenko could help them in this case - it was he who began to promote the topic with Aurora on the tablets of teachers and doctors after the corresponding package of proposals was received by the Government. It is also not difficult to guess who they came from...

First of all, let's remember the history of the question, and ask another one - why is Aurora needed at all, how did it appear, and what do all these people have to do with it? According to FLB, at one time, Berezkin's company Votron was literally imposed on Rostelecom as part of a public-private partnership, which almost always opens access to state orders.

Through it, Mr. Berezkin owned the Finnish company Jolla, the developer of the Sailfish OS, which "won" the competition of the Ministry of Communications for the creation of the Russian system. In fact, the existing foreign OS had to be Russified and filled with popular applications. At the same time, the process was arranged in such a way as if the development was carried out from scratch. But there was no sign of anything from scratch-in fact, this is Finnish experience, which was wrapped in a Russian wrapper.

At the same time, the Open Mobile Platform company was estblished, which was to deal directly with the development and implementation of the OS. Established together with Rostelecom, of course. RTC received 75%, and Berezkin's company - Open Mobile Platform - CR LLC - 25%.

It is important that to this day the distribution of shares remains exactly the same - 75% to 25%. This raises a key question. After all, as Vedomosti wrote, back in 2019, it was officially announced that Rostelecom would receive a 99.9% stake in companies related to the development and implementation of the OS. In this sense, Berezkin was supposed to become a "springboard" for the development and a link with the Finnish developments of the Sailfish OS. The latter was already Russified and received the name Aurora.

Why is it important to remind of this? Because it is already 2021, but there has been no transfer of 99.9% of the shares to the ownership of Rostelecom. Now Open Mobile Platform CR, which owns Open Mobile Platform LLC together with Rostelecom, is 80% owned by Grigory Berezkin's sister Olga Berezkina and 20% by Mikhail Verozub, the former general director of the ESN.

Deputy Prime Minister Dmitry Chernyshenko and the head of Rostelecom, Mikhail Oseevsky, could explain why the buyout never happened. But they are silent. Is it because someone liked the businessman Berezkin so much that they did not want to deprive him of the income from the Aurora? Did the state want to?

Now the topic has arisen again, because then, in 2019, despite the development of the system, it was not possible to get a huge 160 billion rubles for its implementation through the state order. It turned out that there was little demand for Aurora on the open market, which probably seriously hurt the self-esteem of Mr. Berezkin and those who could look after him from the state structures.

For the time being, Aurora was forgotten. But the potential for earnings on state contracts is bottomless. And, apparently, in 2021, extra money appeared in the treasury. Therefore, the government, represented by the profile Deputy Prime Minister Chernyshenko, did not find anything better than to offer a multi-billion "obligation" to install Aurora on the tablets of doctors and teachers. This is billions of rubles.

At the same time, Berezkin's Votron company, which was originally engaged in the development of the OS, and also had to be bought out by 99.9% by Rostelecom, similarly remains in the ownership ratio of 75% to 25%. Moreover, something extremely strange is happening to its finances, and earlier it could have been saved from complete collapse by Rostelecom under the leadership of Oseevsky.

What does this mean? In 2019, the value of the shares of Votron and Open Mobile Platform was estimated modestly - officially, Rostelecom paid about $10 million for them. But after that, both Berezkin companies were granted loans to refinance debt and carry out activities in the amount of up to 3.3 billion rubles.

Moreover, the developers of an unnecessary and not in demand system were promised to pay 5% of revenue for 20 (!) years, even if the company's profit is negative, and to pay a fixed amount of 3 thousand rubles for each license and software support. Kommersant wrote about this, and this, of course, is simply incredible for a company that has not proven itself in any way.

That is, in fact, Oseevsky and the authorities almost saved Votron, which was then experiencing financial problems, and then did not buy out the 25% remaining from the structures associated with Berezkin. Why such a favour? Is it with the expectation that he will share with them the profits from the state orders of Aurora in the future?

And now only finance: at the end of 2019, Votron received a loss of 229 million rubles, the value of assets was minus 599 million rubles. Revenue - 0 rubles. Wait, where is the $10 million, or at least half of the money that the state paid to buy out shares in Berezkin's companies? At the same time, for some reason, no one was confused by the fact that only one person officially works in Votron! 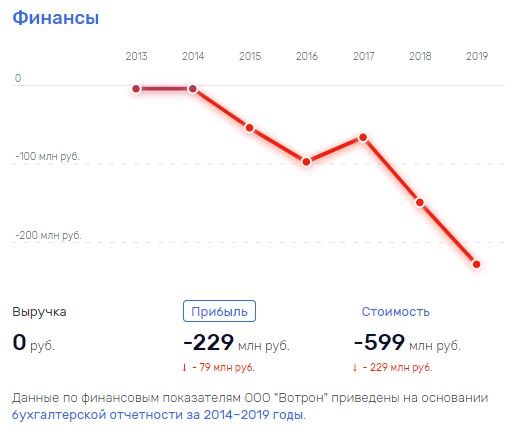 A similar situation is with Open Mobile Platform - CR LLC, which remained the owner of 25% of the developer of Aurora, despite promises of redemption. Only one employee with an authorized capital of 10 thousand rubles. The only year of profit is 2018, when the company received 451 million rubles (apparently, state funds for redemption).

And next year - a loss of 1.5 million rubles! Wait, where is the public money? Where did it go? And does this not mean that the company does not conduct any real activity at all, and may the company be a shell for the transfer of funds?

The situation is even more wild in the parent joint venture - Open Mobile Platform LLC. Officially, there are almost 150 employees - and this is at 10 thousand of the authorized capital. However, it is not clear from what they receive a salary: at the end of 2019, the company's loss amounted to 641 million rubles, the cost of the asset - almost minus 1 billion rubles. That is, the money from the company could simply be withdrawn in an unknown direction. Will the purchase of Aurora worth billions  "go" through it now?

Butter up in a neighbourly way

All this suggests a possible corruption component in this whole story. The component - for billions of budget rubles. Why does Deputy Prime Minister Chernyshenko not ask Oseevsky and Berezkin the question - where are the funds, what is happening in the subsidiaries, why is there one employee each?

May it be because Chernyshenko is a neighbour of his boss, the Prime Minister of the Russian Federation Mikhail Mishustin in a dacha on Rublevka, as the Znak newspaper wrote about, and Berezkin has been constantly praising the head of the Cabinet of Ministers for the past year? 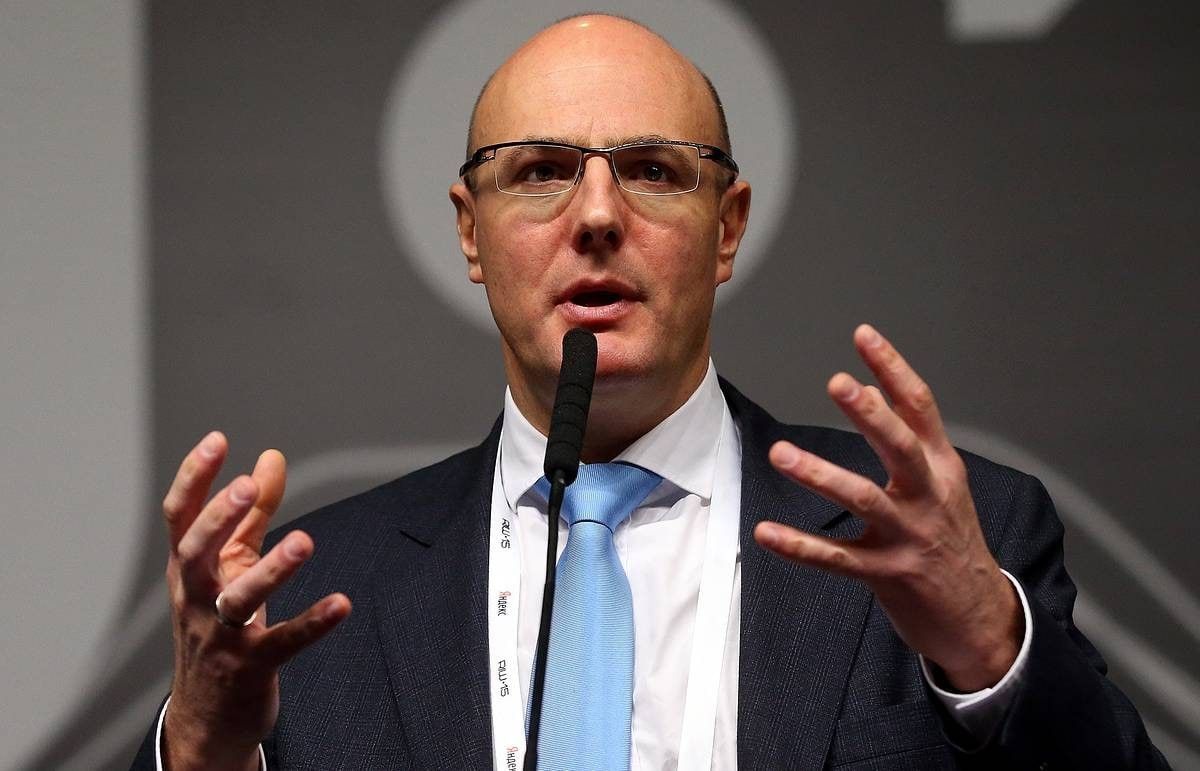 Whose mill is Dmitry Chernyshenko pouring water on?

That's right - he praised and continues to praise. However, not by himself, but through self-controlled companies and, especially, the media. First of all, RBC, which was acquired in 2017. The situation during the appointment of Mishustin as prime Minister was noticed by the Interessant publication.

A year after the appointment, the praises were only louder. Maybe that be why Chernyshenko,  the subordinate of Mishustin, or even the Prime Minister himself, did not throw in the basket a proposal to arrange a "mandatory" installation of Aurora - even for billions of rubles?

He bends, but it doesn't bend

Based on this, we can assume that Berezkin perfectly "bent" the whole topic with the new Russian OS, and at the same time could get the highest-ranking officials - the level of the head of the largest IT state corporation and the Deputy Prime Minister - as allies. But it will not work to bend Berezkin himself - his whole life says that he is rather clever.

According to Vedomosti, back in the mid-90s, he used dubious schemes to export oil that belonged to Roman Abramovich’s Sibneft. At the same time, he managed to privatize a major oil trader, KomiTEK. Later, the management of the latter was transferred to the structure of Berezkin Euroseverneft, which later became familiar to us ESN.

A bright episode in the biography of Berezkin was his work in the electricity market and related scandals. Including around Kolenergo, which, according to FLB, even threatened Berezkin with criminal proceedings.

Probably, someone helped again to take over the management of the ESN in 2000, one of the most powerful energy assets in the country, this time with the head of RAO UES Anatoly Chubais. Under Berezkin's control, Kolenergo exorbitantly inflated electricity tariffs, which led to an increase in debts on the part of consumers, in particular, one of the ship repair plants.

Due to the limited power supply in 2001, the operation to raise the sunken submarine Kursk was on the verge of failure. This is the statist position - the country is nothing, money is everything?

Another situation with excessive tariffs occurred in the Rusenergosbyt (RES) company owned by Grigory Berezkin, through which Gazprom in 2003-2007 purchased electricity on the wholesale market. The intermediary services of the RES led to an overestimation of the gas monopoly's costs for the purchase of electricity by 60%, as FLB writes.

Now, Mr. Berezkin's structures are among the most favoured by state orders in the country. At the same time, a significant part of the companies are located offshore. For example, NT-service, which is the owner of the Uyarsky and Skovorodinsky oil loading terminals, is 100% owned by Sahacan Investments Ltd from Cyprus. The founder of the ESN group itself is Cyprus-based Fovlixton Holdings Limited. Rusenergosbyt, which is 49.5% owned by the Italian Enel, is 50.5% owned by the international Rosenergo Investments. The owner of the latter is Cyprus-based Resenergo Investments Ltd. And so on.

But it seems that offshore companies, like money, is never much. Especially the state ones. And Berezkin goes all out in a new business for himself - providing modern (and maybe not so much) OS for Russian doctors and teachers. If this OS is the same as the companies for which it is assigned, with a bunch of disadvantages in finance - who and what can be taught on such an OS?