After harsh criticism of The Moscow Post against Russian Railways, Vladimir Putin demanded that Transport Minister Vitaly Savelyev put in order with the railway transportation of goods in the Far East.

According to the correspondent of The Moscow Post, at yesterday's meeting with members of the Government, President Vladimir Putin drew attention to the difficult situation with the export of cargo of Russian Railways by rail in the Far East. We are talking about the supply of our goods and resources, primarily coal, to the countries of the Asia-Pacific region.

The President's words could be a reaction to the criticism of a number of materials in the media, including our publication devoted to this problem.

Minister of Transport Vitaly Savelyev came under fire from criticism of the head of state. Vladimir Putin demanded to restore order with the transportation of goods. In response, Vitaly Savelyev promised to prepare a plan for solving problems in two weeks, but in fact could not offer anything better than to create another state corporation.

This time it was about the state corporation shipping. Like, if the railway cannot cope, let's export goods by sea. This proposal looks frankly ridiculous: instead of solving the problem, for which giant budget funds have already been allocated, the official suggests approaching it from the other side.

What is even more strange, Savelyev, like his entire department, for some reason does not believe that there are problems in the field of railway transportation. Like, traction and freight rolling stock are enough to organize transportation to ports. And the fact that the fleet of locomotives that are out of service is regularly growing - does he not know? This year, their number increased by 16% compared to the level of the past. The most difficult situation is on the West Siberian and South Ural roads. Savelyev pretends not to know? 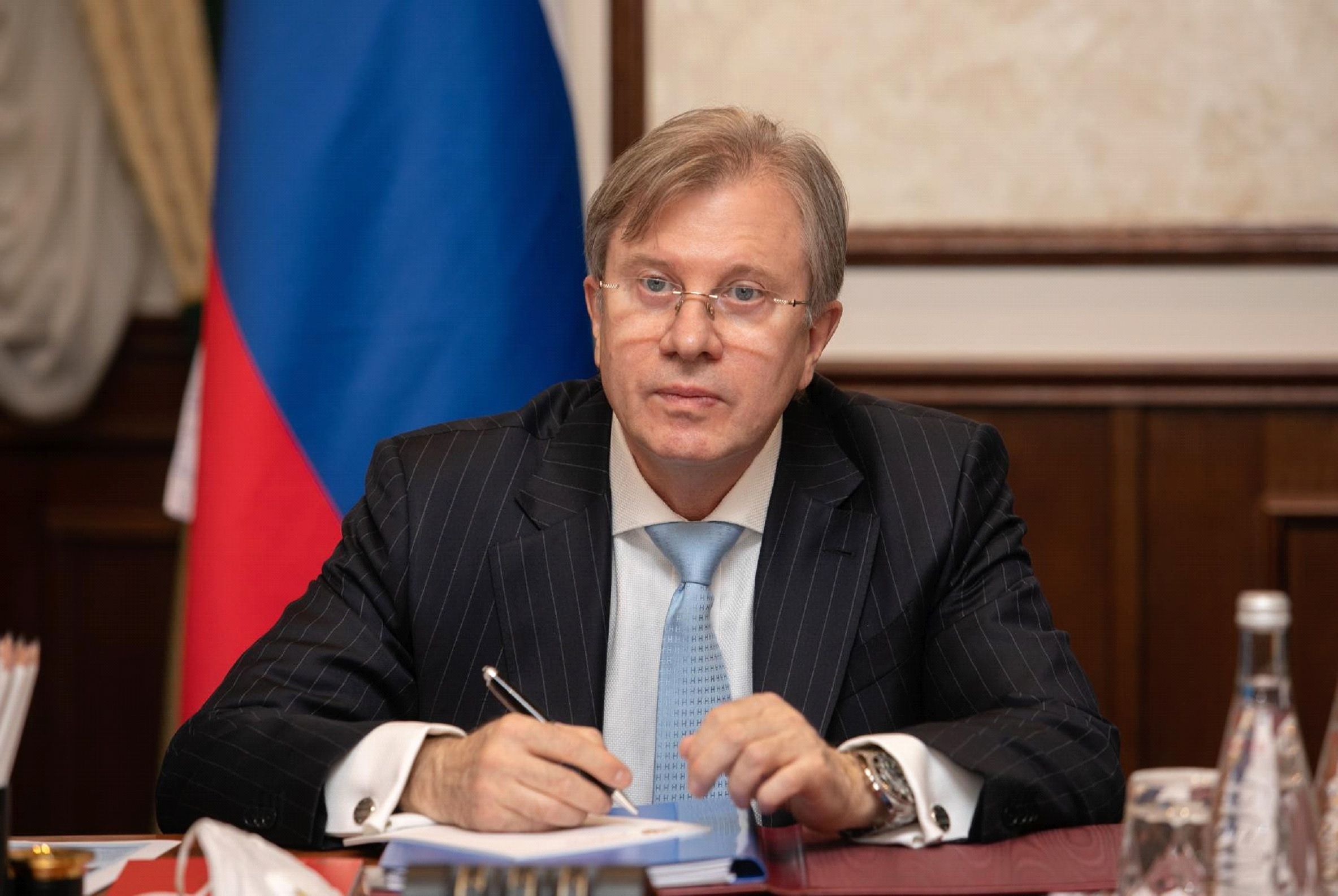 Vitaly Savelyev will have to one "blow off" for the problems of Russian Railways?

In any case, the decision to create another state corporation can hardly be considered effective. The president made it clear that the problem must be solved now, and the creation of a new structure will take time. Not to mention that such an initiative by Savelyev will more likely lead to the emergence of another corruption "feeder" than become an effective tool for resolving the crisis.

Where do trillions go?

It seems that in this situation, Mr. Savelyev, who, of course, bears his part of responsibility for the situation, acts as a "lightning rod" for Russian Railways and its head Oleg Belozerov. It is Russian Railways that is responsible for the export of goods and the development of railway and port infrastructure.

In the past, Deputy Prime Minister and presidential envoy to the Far Eastern Federal District Yuri Trutnev already drew attention to this. It was he who was one of the first to seriously criticize Russian Railways for the situation with the export of coal. As the main reason for the problems, Trutnev called the railway connection, and more specifically, the slow pace of construction with the very necessary infrastructure.

With the growth of production and supplies to the Asia-Pacific countries, and not only, the railway monopolist could not ensure the implementation of programs already existing and paid from the budget to expand BAM and the Trans-Siberian Railway, the construction of railway approaches to ports in the Far East, the Black Sea, the Baltic, and the North of Russia.

Then Oleg Belozerov could not explain anything intelligible to Yuri Trutnev. It is reliably known that for this year alone, 2021, 730 billion rubles should be allocated for the development of railways. The general investment program for 2020-2022 provides for the allocation of 2 trillion rubles from the budget.

The task of developing railway and port infrastructure was set by Prime Minister Mikhail Mishustin. According to him, quoted by Expert magazine, the funds should go just to the development of BAM and the Trans-Siberian Railway - the main railway lines of the East of our country. In addition, convenient transport corridors to ports on the Azov and Black Seas should be created, the Central Transport Hub should develop.

It seems that these words bypassed Oleg Belozerov's ears. After all, the allocated funds are spent inefficiently. Recently, the Ministry of Finance of the Russian Federation considered that 7.5 billion rubles remained undeveloped, which were intended for the construction of a railway to the ports of the Azov-Black Sea basin. The same thing in the north, in the Murmansk region. About this writes Vgudok.

This despite the fact that Russian Railways itself earned a pathetic 283 million rubles in 2020 with revenue of 1.8 trillion. What is happening in the state-owned company managed by Belozerov? Where do the money go, why are they not used, is most of them stolen? In this case, this can be considered almost sabotage of the implementation of state programs. Previously, twenty years of camps could be obtained for this, and today Belozerov does not lead with his ear. 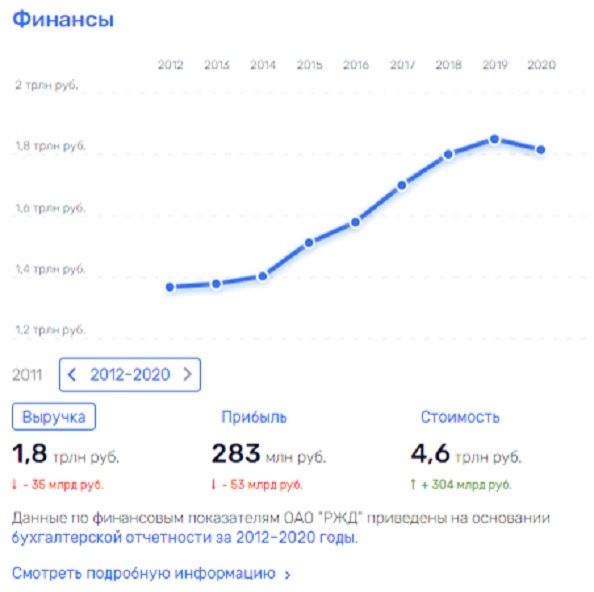 Earning hundreds of millions and receiving trillions from the budget, Russian Railways under Belozerov was unable to spend this money for its intended purpose

And indeed, he seems to be withdrawing from criticism, probably hoping to shift responsibility to other officials. And the head of the Ministry of Transport, it seems, does not think at all to impress the leadership of the organization he oversees. President Vladimir Putin indirectly drew attention to this. Addressing Savelyev, he asked: "Should I talk (with the head of Russian Railways - approx. Ed.), Or are you yourself?"

All the same in the arena

In an amazing way, Oleg Belozerov is bypassed by many problems and scandals. The same situation with the monstrous corruption in GK "1520" - one of the largest suppliers of Russian Railways in the country, did not affect it. Although until 2015 he was Deputy Minister of Transport of the Russian Federation (oversaw the railway theme), since 2014 he has been a member of the Board of Directors of Russian Railways.

Could Mr. Belozerov not know what the now wanted beneficiaries of the 1520 Group of Companies are doing or not - this, of course, is a question. Something suggests that he could and should have known. But here is the salt - already under Belozeroev - to the head of Russian Railways, the same 1520 Group of Companies continues to be one of the largest suppliers of the Russian monopolist.

And the same "disgraced" owners, specifically - Alexey Krapivin and Boris Usherovich, and today remain the beneficiaries of the company. The income of 1520 Group of Companies in 2020 amounted to 3.5 billion rubles, an increase of 1.7 billion rubles over the year.

At the same time, data on the amount of state contracts of the company, which previously exceeded several tens of billions of rubles, disappeared from information services somewhere. It is easy to assume that everything remained in the old way, just someone "moved to the flows" instead of retired managers.

Other major suppliers of Russian Railways remained in place, to whom in the past they also tried to attribute nepotism and corruption. First of all, JSC Roslokomotiv, the sole founder of which is JSC Transmashholding Iskander Makhmudov and Andrei Bokarev. The amount of state orders of Roslokomotiv from TD Russian Railways is over 158 billion rubles.

It turns out, after all the corruption scandals, the slippage of state programs and the problems already begun with the export of goods from Russian Railways under the control of Belozerov, "all the same in the arena."

And literally today, another high-profile scandal erupted on this line. The Federal Antimonopoly Service (FAS) ordered the Central Suburban Passenger Company (CPPK, a subsidiary of Russian Railways) to cancel the tender for the purchase of 95 trains for Moscow central diameters in the amount of 400 billion rubles. About this writes Forbes. 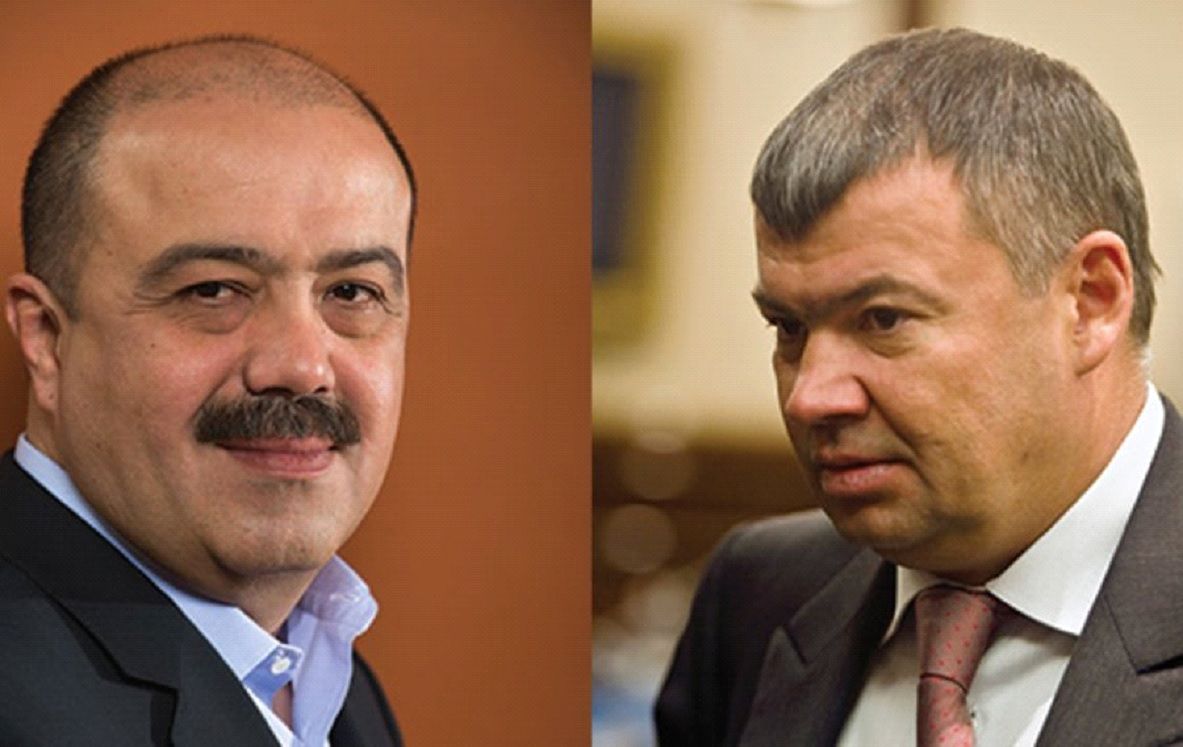 Everyone is equal, but for Oleg Belozerov Iskander Makhmudov and Andrei Bokarev (pictured) - "equal"?

A complaint against the competition was filed by Sinara Group of Companies Dmitry Pumpyansky. The company claims that the tender documentation was compiled in the interests of its competitor - the Tver Car Building Plant, part of Transmashholding Makhmudov and Bokarev. It turns out that now, under the threat of disruption, the deadlines for the purchase of electric trains - after all, the proceedings in the FAS, and then the possible announcement of the competition, will take time.

But this issue has so far bypassed Oleg Belozerov. As rumors about a possible connection with the business of the family of the former Prosecutor General of the Russian Federation Yuri Chaika do not hurt him. At one time, Yuri Chaika seriously criticized Belozerov for increasing the cost of the Moscow Transport Hub. And just a couple of days after that, it became known that his son Igor Chaika, together with the German concern Vossloh AG, would establish the production of switches for the needs of Russian Railways.

Does Oleg Belozerov think that he is untouchable? Hopes for possible influential patrons from the business environment and officials? Even if so, experts have no doubt that in the end, sooner or later, the country's leadership "will bring it down from heaven to earth."