Belousov will be "taught" by Rakova

The case of Marina Rakova is the "blow" of Prime Minister Mikhail Mishustin to Andrei Belousov on the eve of the "Big Transit"?

According to sources of The Moscow Post, a criminal case against Sberbank Vice President Marina Rakova can be used to pressure the First Deputy Prime Minister of the Russian Government Andrei Belousov. Or even can be initiated and dictated by the desire to weaken its influence on the Cabinet. Earlier, the opinion was repeatedly expressed that Belousov could be the patron saint of Rakova, her career successes were associated with his figure.

The version that Marina Rakova can work in the interests of Andrei Belousov and enter the pool of his closest associates is not new. Among other people of this pool, the head of Sberbank German Gref was also called. And now he, too, was under attack, almost more than Belousov. After all, we are talking about his direct deputy.

It is significant that the criminal case of Rakova appeared right now - shortly after the elections to the State Duma, when, according to political scientists, the process of "transit of power," calculated until 2024, was launched with renewed vigor. Major players seek to strengthen their influence and remove competitors from the road.

Andrei Belousov is considered one of the key figures of the so-called "systemic liberals" ("Sislibs") - a conditional group of officials from the highest echelon of the Russian government, who are still commonly called "Kremlin towers." All this division, of course, is conditional, but the question immediately arises - who in this case could be the customer of the Rakova case, if he had a customer at all?

The whole situation could be provoked by the direct head of Andrei Belousov, head of Government Mikhail Mishustin. Here it is necessary to clarify - Mishustin before his appointment as Prime Minister was not noticed in intra-elite showdowns. It seems that he was simply not quoted before the President indicated his attitude towards him.

Mikhail Mishustin is considered one of the likely candidates for the post of head of state in 2024. He is opposed by a conditional group of Moscow Mayor Mikhail Sobyanin, another likely candidate with poorly concealed presidential ambitions. Allegedly, Sobyanin himself threw to the place of Mishustin, and when he failed, he managed to agree on a wide representation of his team in the new Cabinet.

Among those who are conditionally attributed to the pool of "Sislibs," just Sergey Sobyanin and Andrei Belousov, who are trying to record in the mayor's team. Other "Sobyaninsky" who ended up in the federal Government are Minister of Economic Development Maxim Reshetnikov, another Deputy Prime Minister Marat Khusnullin. That is, strong enough figures.

If such an interpretation is correct, it is clear why Mishustin could try to weaken the "Sobyanin lobby" in the White House, striking Andrei Belousov, who gained administrative weight.

Earlier, the Free Press wrote about their possible confrontation. Then it was about the disease of Mikhail Mishustin, when he went into quarantine this spring. The duties of the head of the Cabinet were performed by Andrei Belousov.

In that case, they said that he would try to "intercept the summons" from Mishustin, but this could not be done. And even that Mishustin allegedly was not ill at all, but specifically self-imposed to allow competitors to prove themselves. If so, then Belousov could solve not to take active actions to mislead his boss. Is the Rakova case a kind of "retaliatory step"?

In favor of the version of a possible connection between Rakova and Belousov, the following may be said. Without influential patrons, it is unlikely that Rakova would have been appointed a preventive measure not related to the restriction of freedom. As a result, she simply did not appear at the request of the investigation, and is now put on the international wanted list.

More significant, she still hasn't been found. This is not a needle in a haystack, but a famous woman in a luxury (presumably) car. Conspiracy theorists have already built a version according to which Rakova was simply allowed to leave based on certain "inter-elite agreements."

This would be logical if the key goal was precisely the attack on Belousov, and not the desire to hold Rakova accountable. 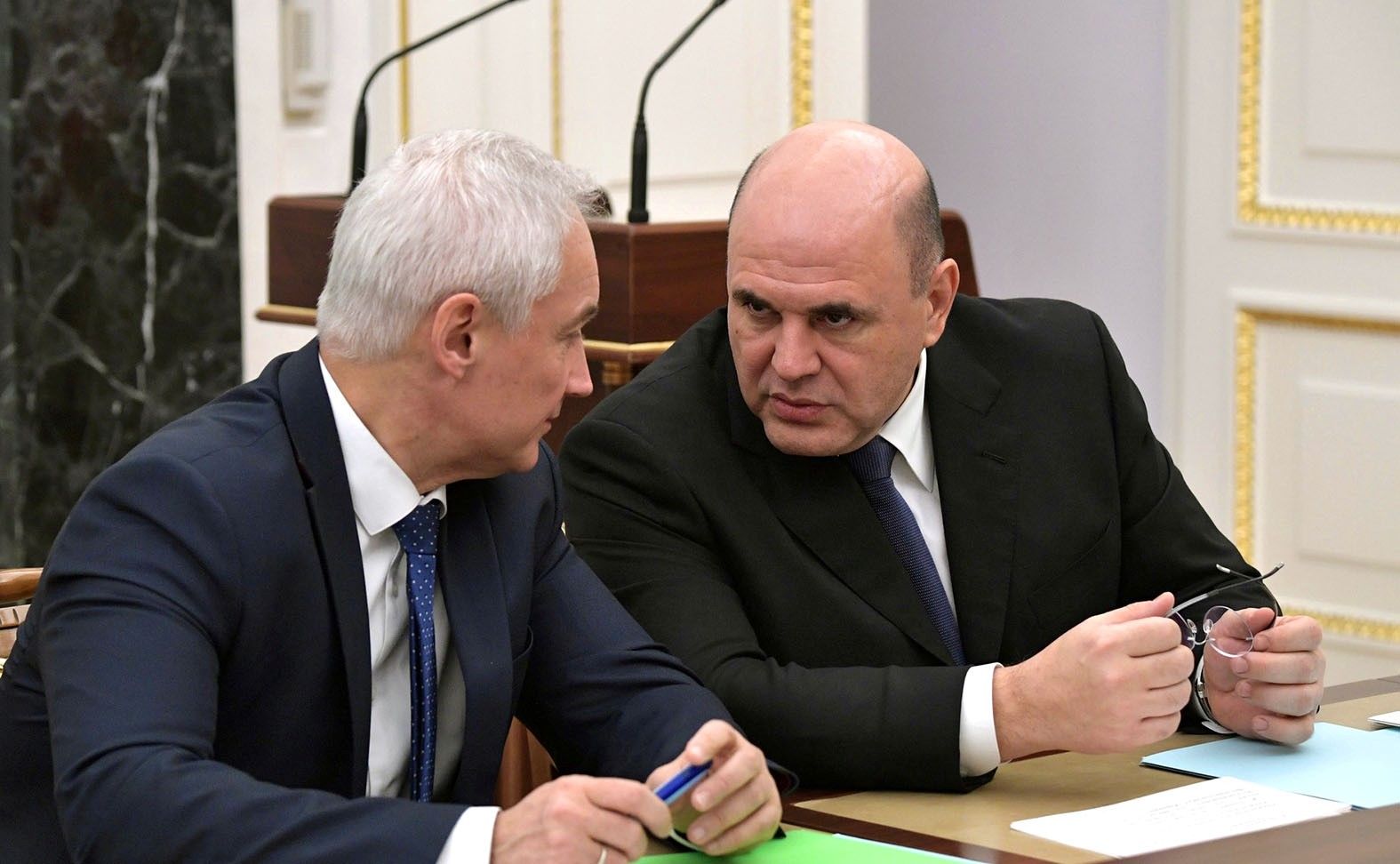 "Welcome" to the persecution of Rakova gave Mikhail Mishustin?

Meanwhile, according to the authors of the VKontakte Group of Supporters of S. G. Demura, allegedly shortly before the initiation of a criminal case, on September 9, Andrei Belousov came to Rakova with flowers on Aurus, and now he seems to be trying to take her out of the country.

Recall that the criminal case under the article on fraud against the vice president of Sberbank Marina Rakova became known on September 29. The alleged theft in the amount of 50 million rubles dates back to 2019, when Rakova served as deputy minister of education.

According to RBC, Rakova lobbied for budget money to the Fund for New Forms of Education Development to conclude state contracts as part of the Teacher of the Future project. In these contracts, the examination later found signs of falsification of reporting documentation for some scientific works.

The next day, three more defendants appeared in the case: the managing director of the Digital Education Platforms division of Sberbank Maxim Inkin, the managing director of the division Yevgeny Zak and the teacher of the RANEPA Kristina Kryuchkova. They, unlike Rakova, were arrested for two months. Their guilt still needs to be proved. But, given Rakova's flight, it seems that "scapegoats" have also appeared in the case.

As for the very personality of Marina Rakova, she is not trivial at all. The female child prodigy who in 19 years graduated from Baumanka long looked for herself. And in the middle of the tenths, I think I found. She proposed the idea of ​ ​ building children's educational technology parks in Russia, the so-called "quantorium."

Very soon, as if by the maneuver of a magic wand, Marina Rakova took the post of deputy minister of education. It is believed that this department is traditionally given to the "Sislibs," which Belousov allegedly represents. It was there, according to investigators, that possible fraud occurred.

With the undisguised support of Rakova, money was allocated to the Fund for New Forms of Education Development for the Teacher of the Future project. The changes were meant to be large-scale - in fact, the reform of the education system in Russia.

The contractor was the Moscow Higher School of Social and Economic Sciences, Shaninka is another "liberal patrimony." Examinations and specialized inspections found that there were falsifications in the reports. About this wrote the portal REN TV.

And here it is worth remembering how actively the project on "quantorium," and indeed all the activities of Mrs. Rakova, was approved, or maybe lobbied by Andrei Belousov, who by that time already held a high position in the Cabinet.

"I see how Marina Rakova works, who made the unique project" Quantorium "- in fact, this is a unique experiment in cultivating mentorship in additional education. This is not just about additional educational practices. This is a special style, special meaning and a special form of cultivation of people who work with children. "Kvantorium" is a mentoring factory, "said Andrei Belousov at a forum dedicated to mentoring in Russian education back in 2018. That is, when the alleged thefts should have already been committed. His words are quoted by Regnum.

A special style, a special meaning, a special form of cultivation of people, a mentoring factory - these phrases alone can indicate Belousov's special, emotional attitude to Mrs. Rakova's projects, or even to her personally. Now his ill-wishers call Marina Rakova almost the "new version" of Elena Vasilyeva, a former protégé of the former federal minister Anatoly Serdyukov.

And here another version is expressed, which does not contradict the above, but, rather, serves as an addition. Allegedly, the Rakova case could appear right now not only because of the desire to weaken Belousov, but also as part of the struggle for who will occupy the chair of the head of the largest Russian publishing house of educational literature "Enlightenment."

Recall that in May Sberbank received 25% of the publishing house. Another 25% for other major players - the Russian state corporation and the RDIF. And Rakova went to Sberbank just then to engage in the development of digital educational platforms - a niche where the publishing house is trying to go with the explicit support of the Government. 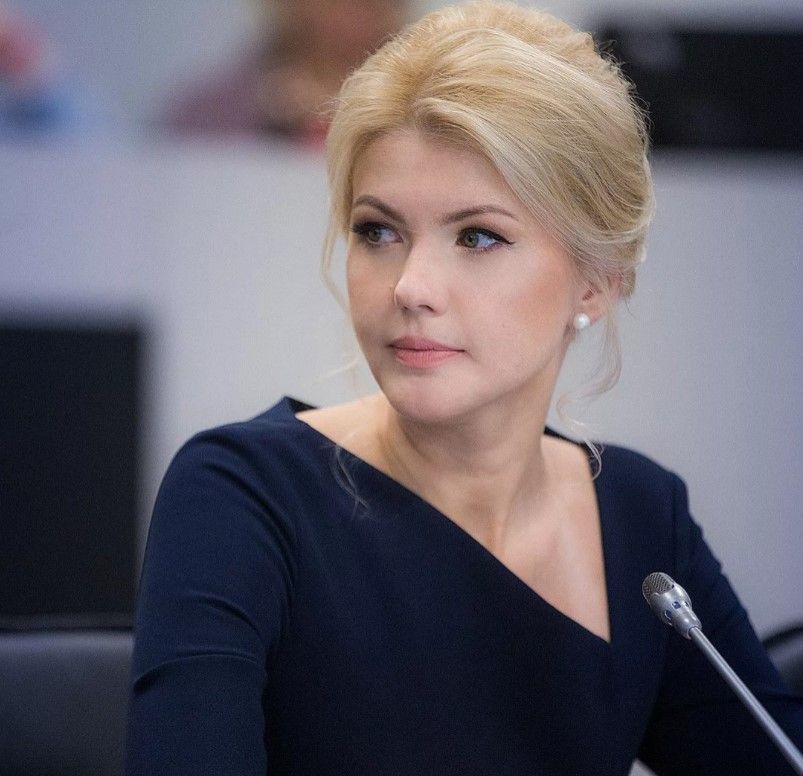 Recall that the assets of Enlightenment are estimated at over 108 billion rubles. The publishing house is the largest contractor of Russian departments for the purchase of specialized educational literature. These are huge cash flows and resources that would be useful in any hardware confrontation.

In any case, before Rakova falls into the hands of the investigation, it is premature to draw conclusions. And even if the version of Belousov's trace in her fate is not confirmed, he cannot avoid reputational losses at least because of the situation with Kvantorium. And in a situation of interelite confrontation, this can become "a straw that will break the ridge to the camel."