"Bell" of ministers "tolls" for Khabirov?

The corruption scandal in the Government of Bashkiria is gaining momentum, two ministers from the team of Radiy Khabirov are already under investigation. Will Andrey Nazarov become the next Prime Minister, and will the Head of the region himself come to the attention of the security forces?

As The Moscow Post correspondent reports, Deputy Head of Bashkiria Radiy Khabirov, Deputy Prime Minister of the Republican Government, Minister of Housing and Communal Services Boris Belyaev became the second person involved in the criminal case of abuse of power during the construction and commissioning of treatment facilities and a sewer collector in the city of Kumertau in 2017.

Belyaev was detained last Thursday, but the press service could not confirm the fact of detention for a long time - apparently, they tried to coordinate comments about the Minister with the Head of the region. It seems that Radiy Khabirov was seriously frightened by the wave of checks and investigative actions. Is there anything he needs to be afraid of?

This is the second high-profile detention in Bashkiria in recent days. Previously, under the same criminal case another man from Khabirov’s team was detained, Minister of Construction of the Republic Ramzil Kucharbaev. The latter, appointed by the Head of the region Radiy Khabirov in December 2020, managed to work in the new position less than six months.

At the time when, according to the investigation, he could have abused his powers, Mr. Kucharbayev was in the position of the Head of the Department of Capital Construction of the Republic of Bashkortostan State Institution. That is, Radiy Khabirov himself should not have anything to do with these cases, because he became the Head of the region only in 2019. That is, the current leadership of the Republic of Bashkortostan allegedly has nothing to do with these cases, because Khabirov came to lead the region in 2019.

But back in October 2020 The Moscow Post warned that patronizing Kucharbayev's stay in power could lead to detentions and colossal damage to the reputation of the head of the region.

At that time, it was suggested that Kucharbayev could have been involved in dubious schemes to conclude state contracts for the construction of various facilities in the republic, bypassing the bidding process. The current investigative actions should shed light on whether this assumption turned out to be true.

In 2017, Boris Belyaev calmly worked as the Mayor of Kumertau, where sewage treatment plants were being built, which are now "pulling" both him and Kucharbayev. According to the investigation, Ramzil Kucharbayev, knowing that no commissioning works were carried out at the treatment facilities in Kumertau, signed an act on the completion of their construction. The administration of Kumertau under the leadership of Belyaev put the facility into operation. 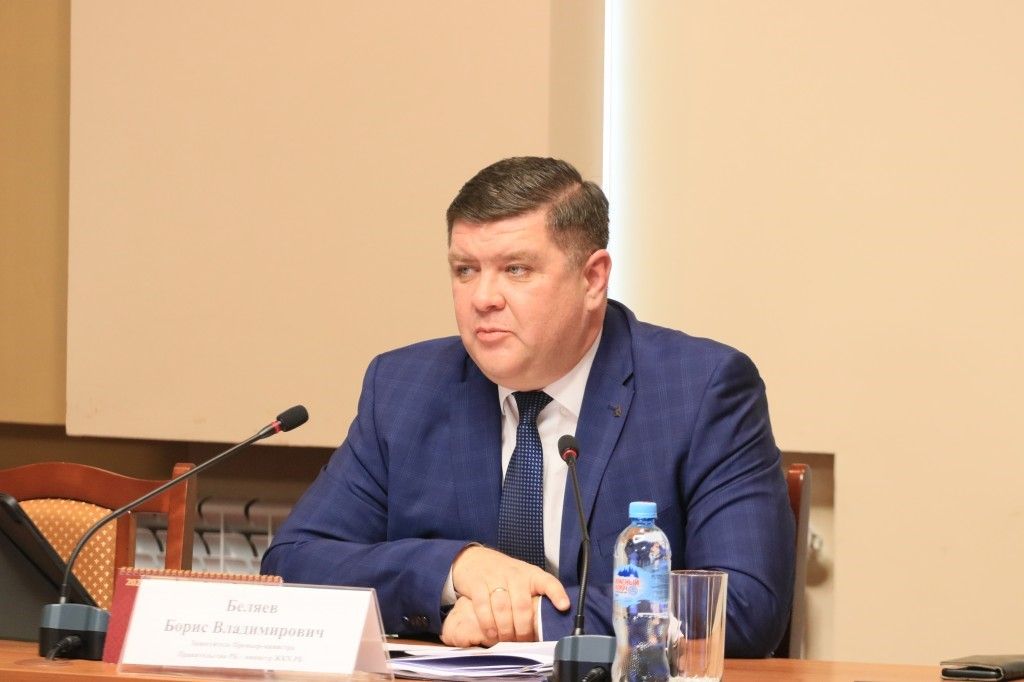 Boris Belyaev became the second minister of Khabirov, who was "under the hood" of the FSB. What conclusions will the Head of the region make?

As for Radiy Khabirov, under whom both officials not only were not dismissed, but also achieved new career heights, he was at that time in charge of the administration of the Krasnogorsky district of the Moscow region.

There are many rumours associated with his work in this post. Many opponents of Khabirov believe that he could lobby for the interests of a supposedly close business, and then invite him to Bashkiria to continue the "banquet". Whether this is true or not is unknown.

But here's an interesting fact. In April 2020, Kucharbayev becomes the Deputy Head of the State Committee for Construction of the republic. And in the same April, the Sadovoe Koltso construction company from Krasnogorsk, which Khabirov had to deal with while working in the Moscow region, suddenly entered the region.

At the same time, the company was presented as a responsible and rich investor. Apparently, on the same basis, in April, it leased a plot of land in Ufa with an area of more than 3.6 hectares on Lesotekhnikuma Street without bidding. This was written by the Pro Ufu publication.

The same State Committee, where Kucherbaev worked the Deputy, was supposed to make decision. The document itself was signed by Head of the Republic Radiy Khabirov. Is it possible that Kucharbayev was appointed Deputy Head of the Committee, so that he immediately stamped a decision that could be beneficial to the head of the region? Not to mention the fact that Sadovoe Koltso in Bashkiria did not work before, and the status that it was granted by the local authorities, local companies have been unsuccessfully seeking for many years.

The company received the plot for a reason, for the large-scale construction of 87 thousand square metres of housing. Then they tried to cover the transfer of the plot with a "social network" - they say that 10% of the "squares" will go to the deceived shareholders. After almost four years, there are still no significant results in sight. But the cost of renting the land that went to Sadovoe Koltso is estimated at 120 million rubles for 10 years. Will the budget bear it?

With the arrest of Kucherbaev and Belyaev, all government of Khabirov should be nervous. And especially-the current Prime Minister of Bashkiria Andrey Nazarov, a native of the infamous development company Granelle. It was he who signed the documents on the appointment of Kucharbayev as deputy head of the committee, albeit with the permission of Radiy Khabirov. And when they talk about the possible lobbying of Khabirov, they mean, first of all, it is the Granelle Group of Companies.

No one is surprised that before it flourished in Bashkiria and throughout Russia, Granelle successfully worked with the administration of Krasnogorsk during the time of Radiy Khabirov. In particular, a subsidiary of the company, LLC SD Granelle-P, worked in the Moscow region. Now, at the end of 2019, it turned out that the company has no revenue, while the value of assets exceeded 781 million rubles. It seems that it could have been literally "pumped up" with assets just at the time when Khabirov was in charge of Krasnogorsk.

Meanwhile, even then, the activities of Granelle were accompanied by scandals. There was a loud corporate conflict of the company with partners for the completion of the Ecopark Nakhabino residential complex in the same Krasnogorsk district. Then Granelle was given the project of completion of this residential complex after the company of the son of the ex-head of the construction complex of the Moscow region Marina Ogloblina failed to cope with it. As Novy Vzglyad wrote, the partners of Granelle considered that the structure could deceive them for 100 million rubles.

With the arrival of Khabirov for the position of the Head of Bashkiria, period of prosperity began in the construction company. In 2020, the group was included in the list of strategic companies of the Russian Federation with a portfolio of orders of 4.5 million square metres of built housing. This is stated on its website.

Meanwhile, all questions about the possible conflict of interests of Khabirov, Nazarov and Granelle remain unanswered. Of course, Nazarov gave the company in advance to people who are not strangers to him, he cannot own and manage it directly by law. So the shares in the related structures went to his sister and son-in-law Svetlana and Ilshat Nigmatullin. In addition, his wife Larisa also has her own "piece of cake" in Nazarov's companies.

Something strange is happening in the companies associated with Granelle. A number of them have signs of fictitiousness. Can money be withdrawn from them? For example, Granelle-Yug LLC at the end of 2019, with revenue of almost 50 million rubles, worked at a loss of 202 million rubles. The value of the company's assets is estimated as negative - minus 229 million rubles.

It may very well be that the security forces will soon be interested in this. According to evil tongues, it is Andrey Nazarov who can next come to the attention of law enforcement officers. Then even Radiy Khabirov himself, if there are sins behind him, will not get away with it.

At the same time, it is unlikely that the scandal is capable of causing Nazarov, and Khabirov, who appointed him, even more reputational damage than is already available. According to the authors of the Russkiy Kriminal website, allegedly Andrey Nazarov could have been involved in the rape many years ago. These rumours have been circulating in the Republic for a long time, but they did not interfere with Khabirov's personnel decision at all. 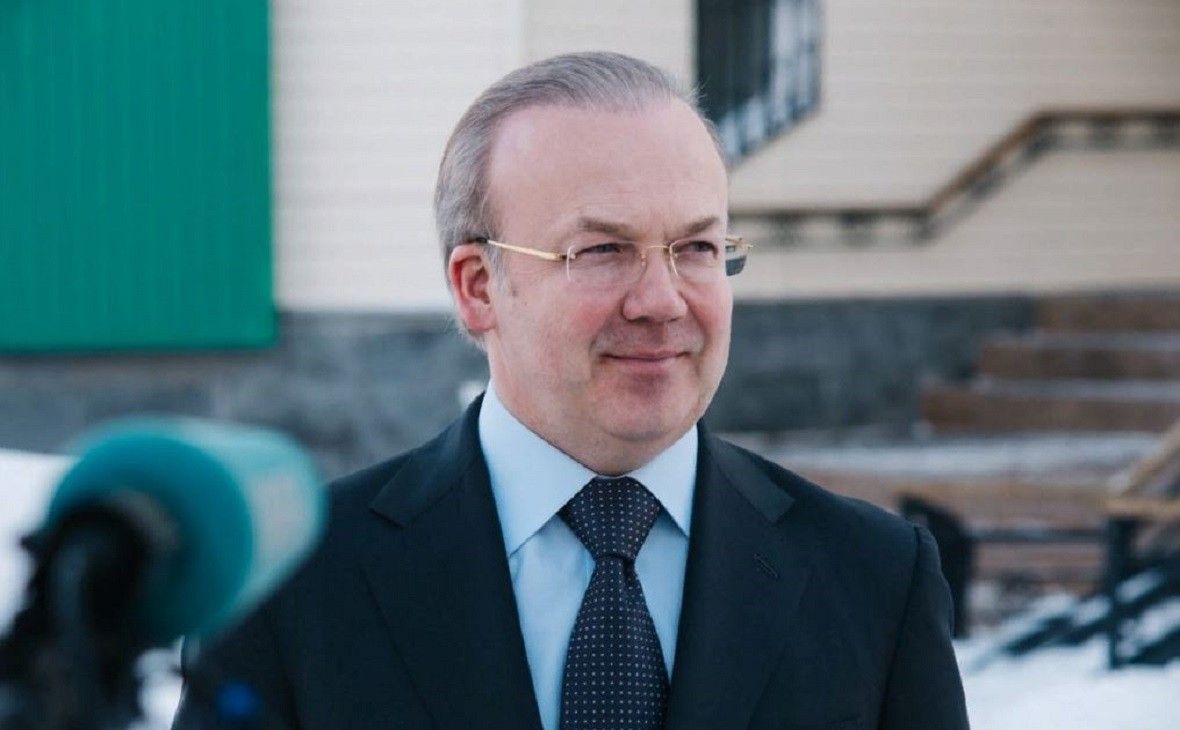 May the scandalous Prime Minister of Bashkiria Andrey Nazarov be the next to attract the attention of the security forces?

Spiteful critics believe that Khabirov may be trying to get his people into leadership positions, despite any sins that they may have committed in the past. Supposedly, the main thing is personal loyalty and the ability to be silent. In this context, we recall the appointment of a judge of the Constitutional Court of the Russian Federation, Munir Valeev, who is considered to be Khabirov's man.

In the past, Valeev was completely deprived of the status of a judge. In 2012, he acquitted the former Prime Minister of the Government of Bashkiria, Rail Sarbayev, who was accused of embezzling 1.6 million rubles. And later, Sarbayev, with the help of Khabirov and Nazarov, sat down in the chair of the head of the Development Corporation of the Republic of Bashkortostan. Such is the personnel policy of the current Head of Bashkiria.

Against the background of high-profile arrests, very recent similar events began to be forgotten. The bell for Khabirov, and his entire team, tolled back in October 2020, when the head of the Department of City Control and Issuing Permits for the Construction of Ufa, Rustam Tukhvatullin, and his Deputy, Azat Shayakhmetov, were detained. This was written by Kommersant.

According to the investigation, the officials planned to receive 10 million rubles of illegal remuneration from a representative of the Vostok-Montazh company, which was promised a permit for the construction of a hotel and general patronage. That is, immediately there are thoughts that such a practice can be a whole system. But then Khabirov apparently decided to ignore this bell.

The current corruption scandal is a huge loud bell that Khabirov simply cannot fail to hear. It seems that the only way for him to save his blushes is to resign on his own and disperse the entire Republican Government. It may very well be that this too will be an afterthought.